9:30 a.m.: Head here for a complete recap. You’ll also find most of the videos from last night there as well.

11:30 p.m.: Well, some three hours and thirty minutes later, the 2009 edition of The Grammys is officially over. Needless to say, tonight definitely had its highs and lows. Blink? Green Day? Robert Plant? Chris Martin losing? Hey, M.I.A. even made it in one piece. Check back tomorrow for a full recap. We’ll also be updating this post with videos from tonight as they pop up. Until then…

11:25 p.m.: I guess this means Robert Plant doesn’t need to fall back on his old bandmates anytime soon. Then again, got to give props to The Grammys for its choice of Plant & Krauss for “Album of the Year”. Never would have expected that.

11:20 p.m.: Krauss and Plant really know how to “rock it out.” Nice quaint performance. Too bad they’re overshadowed by the one…the only…Green Day! Oh, I really did win that $20 dollars. 21st Century Breakdown? Oh, I can’t wait. Hmm. Seems that “quaint” performance just won Album of the Year. It’s going to be a long night for Radiohead fans. A lo-o-o-ong night. On the plus side…Green Day and Blink-182 are back? nick, who posted below, said it best: Pop Disaster Tour 2? Here’s to my second concussion of the night!

11:13 p.m.: It’s good to know Jay-Z stood up and applauded for Lil Wayne. Some might have expected him to throw a fit, storm out of the room, and curse at the camera. Oh wait, that’s Kanye. Good sportsmanship, Jay-Z! On that note, who still thinks Lupe is going to “retire”?

11:08 p.m.: Was anyone else hoping Lil Wayne would have debuted “Prom Queen”?

10:52 p.m.: And we’ve reached the point of the evening when bed sounds awfully appealing. Thankfully, the anticipation for Green Day’s “special surprise” is keeping us going…

10:47 p.m.: Well, I guess not even The Grammys can mess up a Neil Diamond performance. I can’t believe I just said that…

10:42 p.m.: Ray Charles or The Four Tops? Make up your mind Jamie! Admittedly, this is wild. God, I wish this music existed today.

10:20 p.m.: Blue lights? Check. Wall of student marching band members? Double check. One wild and eccentric British band? Sort of. A kick ass Jonny Greenwood, though? You know it! It’s “15 Step”, folks. The performance Drew Litowitz has been waiting for all month! For those that didn’t attend any music festival last year, this should be a surprise for you. Oh, who am I kidding? This is pretty amazing.

10:18 p.m.: Neil Diamond coming next? Let’s see how they screw this performance up. My guess is that they’ll throw in Taylor Hicks. Then the two of ’em can croon out some rawk.

9:57 p.m.: Well, it’s not Led Zeppelin but Dave Grohl certainly has peaked in his career at this moment. Talk about a high point! Wow. Macca! Grohl! Coachella ’09! I’m going to go take a cold shower.

9:54 p.m.: On a side note, watching M.I.A. dance around stage made me feel all awkward inside.

9:40 p.m.: Sigh, the obligatory P. Diddy appearance. Hey, at least it’s for a big nomination. Nice, the “Record of the Year” award goes to Alison Krauss & Robert Plant. I’d be excited if it didn’t mean the lack of a Led Zeppelin reunion. If these two don’t wed, they’re bound for another record. Cool…I guess. Oh, Slash is coming up soon. Maybe he’ll snag a Jonas Brother for Velvet Revolver 2.0.

9:38 p.m.: Was anyone else hoping Morgan Freeman was talking about Christian Bale? Time for another drink… 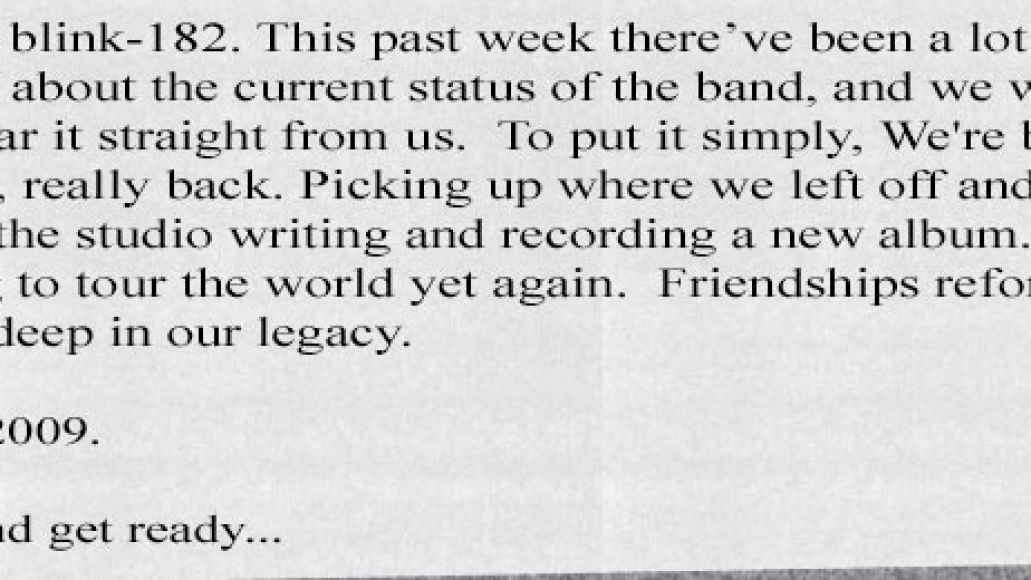 9:30 p.m.: And we have our first Kanye West sighting of the day. Seriously, does the man ever disappoint? His rendition of “American Boy” with Estelle was actually solid and if you combine the fact that he appears to be gunning for a Michael Jackson look these days, well, I think it’s safe to say the man single-handedly made up for the dribble that preceded him.

9:25 p.m.: There might not be a category for this, but what the hell: Most Idiotic Song of 2008. Who’s the winner? You guessed it! Katy Perry! And what better way to celebrate than with an equally idiotic performance. Here’s to 2009’s nominations!

9:21 p.m.: So I did a search for “grammys” on YouTube. This is the only thing worthwhile to come up…

9:17 p.m.: Coldplay beats The Raconteurs for “Best Rock Album”? Jeez, that jacket must be lucky…

9:09 p.m.: Just when this night couldn’t get any better…Jason Mraz!

9:06 p.m.: Well, it might be up for argument as to whether or not she deserved the award over Al Green, but her performance was certainly splendid. Kudos Jennifer Hudson! Sigh, another commercial break. Ouch, that Guitar Hero commercial is hot.

9:01 p.m.: Yay! Robert Plant and Alison Krauss score big! Best Pop Collaboration! Now they just need to get hitched. Hey Robert, do you remember that one band you were in?

8:51 p.m.: Does anyone else think the music that plays over the “Coming Up” segue sounds like “Give It Away”? Or is that just me? And why do they keep lying to us? They just said Kanye and Estelle were coming up. Instead, we got a shoddy Kid Rock medley and a bullshit award win. I’m pouting. Oh yes, I’m pouting.

8:44 p.m.: So, Al Green comes out again and they can’t find another tune to play other than the song he just performed? Way to reach in the back catalog team! Whoa, we’re at the Song of the Year category already. Wait for it, wait for it…Coldplay’s “Viva la Vida”? Wow. I’m stunned. I need to find another band’s demo, some ol’ guitarists instrumental, and throw my own lyrics over it. There’s hope in this world! Hah, the band apologizes for copying Macca’s former Sgt. Pepper‘s look, but still takes credit for the song. Wow. That’s somewhat ballsy. Oh, to top it off: Kid Rock! Coldplay should take note from this guy…he just blatantly takes songs. Warren Zevon, I apologize for this.

8:35 p.m.: Whoa, Sheryl Crow and LeAnn Rimes? What is this? 1999? Oh, an actual award! Best Country Duo/ Performance? And the winner is…Sugarland? For “Stay”? Hmm. No opinion there. Good for them though. Jennifer Nettles seems pretty happy in that, “Hey, I’ll sell a million more records to soccer moms!” sort of way. Well, Kanye and Estelle up ahead. This I can’t wait for!

8:30 p.m.: Do they actually give awards out at this thing? Oh right…it’s American Idol’s Greatest Hits tonight. Wake me up when an actual musician comes out.

8:24 p.m.: And we have our first OMFG moment of the evening. Jay-Z emerges from wherever for a rendition of “Lost+”. Unfortunately, the duet lasts only seconds before Chris Martin realizes he is Chris Martin and shouldn’t be sharing the vocals with anyone. Cue “Viva La Vida”.

8:22 p.m.: What the hell! Where is the jacket? Forgive me, but this new denim get up just doesn’t do it for me. Though the British flag on the sleeve is a night touch…

8:20 p.m.: Alright, we’re at the first commercial break. While that performance kind of tripped over itself, it’s good to know that Green can come in anytime and save the day. The man’s voice is like fine wine. Yeah, that’s a totally cliche metaphor, so sue me. Can I say…Bonnaroo? Fingers crossed for a Sunday sermon! And I’m a Jew!

8:15 p.m.: Serious question. Does anyone think Katy Perry knows who Al Green is?

8:13 p.m.: Oh my! The star of Witch Mountain? It’s good to know Dwayne “The Rock” Johnson is finding killer work after Southland Tales. Speaking of which, hey, it’s Justin Timberlake! He was in that movie too! He’s not doing too hot either. I blame the writers! Who writes these monologues? They’re horrible…and could these stars try and freeball it some? Oh wait, what’s this? Al Green loses and he’s forced to play with Keith Urban. Way to go Grammys! C’mon JT, save this!

8:05 p.m.: Kick off! What better way to start than with the supremely lackluster U2 single, “Get On Your Boots”. For everyone unfamiliar with the song, which is just about anyone in attendance or watching, lyrics are provided via digital screens to sing along. What’s tragic about the song itself is that it’s really not that horrible a tune, it’s just that damn bridge/chorus, “You don’t know how beautiful you are.” Ugh. Well, the crowd started off strong…now they’re just confused. Hmm, better luck with the next single. Oh, Whitney!

If everything that is supposed to happen during The Grammys tonight does happen, we’re in for one hell of a ride. After all, Thom Yorke will lead a marching band on “15 Step”, Blink 182 will reunite and present an award, Green Day will offer a “special surprise,” Chris Martin will wear his jacket and maybe get served, and M.I.A. will attempt to perform, while holding in her first child. And that’s only the beginning; did we mention Kanye West, Jay-Z, Justin Timberlake, T.I., Robert Plant & Allison Krauss, Katy Perry, The Jonas Brothers, Rihanna, Kid Rock, Stevie Wonder, B.B. King, John Mayer, U2, and Paul McCartney (WITH DAVE GROHL) are among those set to perform sometime tonight? Yeah, and we’re probably still missing something.

Needless to say, tonight is going to be entertaining and overwhelming. So what better way to spend the evening then by checking out Consequence of Sound as we blog about the evening as it happens. Plus, we’ll open it up to you just in case you want to share your thoughts on how Bono sounds live on “Get on Your Boots” or how cute M.I.A.’s baby looks…