I wonder what that phone call was like for Cambridge, Mass’ Passion Pit. The call that told them they had not only sold out the venue, but were moving to a bigger spot to accommodate the demand. What was originally slated as a very intimate performance in the tiny back room of the Black Cat in D.C. quickly transformed into the large-scale indie dance party they deserved. As the night wore on and the openers charged through their own dance rock sets, the crowd in the main room at the club thickened. By the time Passion Pit hit the stage around 11, the place was packed and several people could be heard discussing how the show had sold out yet again. Not bad for a band out supporting their debut effort. It seems that this night was a symbol for things to come for the Cambridge quintet. As more and more people get a hold of Chunk Of Change, more and more are addicted to the heavy dance grooves and the soul loving falsetto of Michael Angelakos. 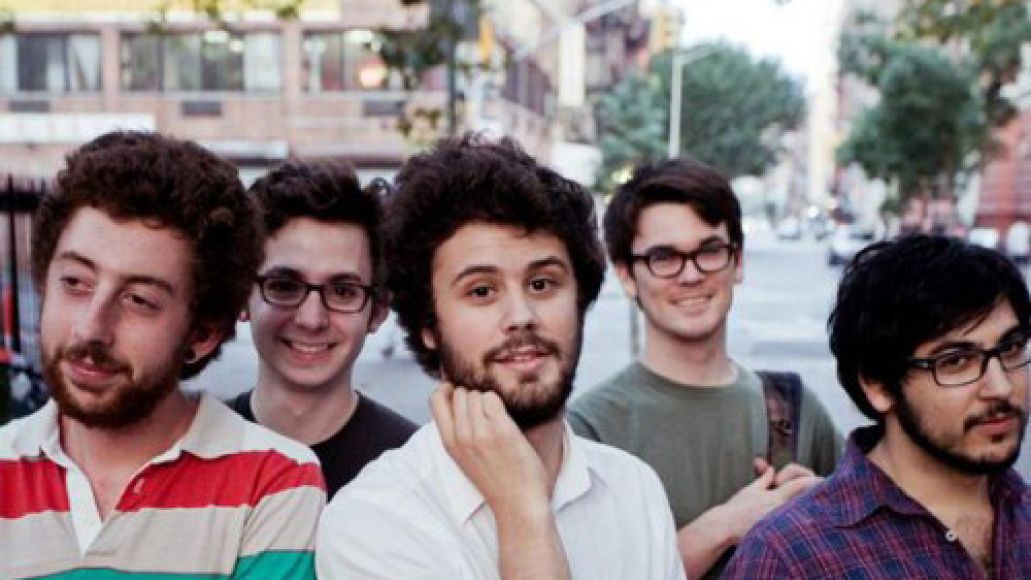 You could feel the energy surge throughout the filled-to-capacity room as the band took the stage. They too were all smiles, and why not, they were getting bigger right before their own eyes. With that in mind, they charged head first into their set, hitting the entirety of their short LP. The third selection of the night was used to test out a new song that had only been played once before the previous night. It went over well, but when the opening notes of “I’ve Got Your Number” swelled, squeals from the audience signaled that it was time to move. From front to back throughout the night everyone could be seen in some stage of dance, everything from jumping and body flails to the self conscious leg bounce and head bob.

For a band just starting out, it was hard not to be impressed by their stage presence and command. On the record, the songs are stripped down and bare bones, but for the live setting, they gained some depth and power. Much of that came from Angelakos’ vocals, which sounded richer and less awkward live than on the recorded version. I’m not quite sure how this did not translate in the studio, but his true voice has much more control and range than you would expect. This was only further proven when he returned for a quick solo encore.

To the surprise of many, the night went by faster than expected, but then again, there was only a hand full of songs for the band to play in the first place. Nevertheless, Passion Pit managed to stretch the set out to around forty minutes with the help of some new material. It seems that as their popularity grows, their new challenge is adapting and lengthening their set to accommodate that popularity; however, it was all too short for the patrons who managed to work up a good sweat, especially with songs “Smile Upon Me” and “Better Things”. Looking ahead, it wouldn’t be surprising to see these guys become a must see this summer, and after this tour, life should only get better for them–or, more challenging.