Considering that Chicago’s Empty Bottle recently announced a date for Mogwai at the Congress Theater (as well as 3 nights running at Music Hall of Williamsburg for our right-coast readers), it’s high time we at CoS put up a good video of the Glaswegian lads strutting their stuff the way they do it best–live on stage.

Following up on September’s poorly-reviewed The Hawk is Howling, this tour will be a proving ground for Mogwai to 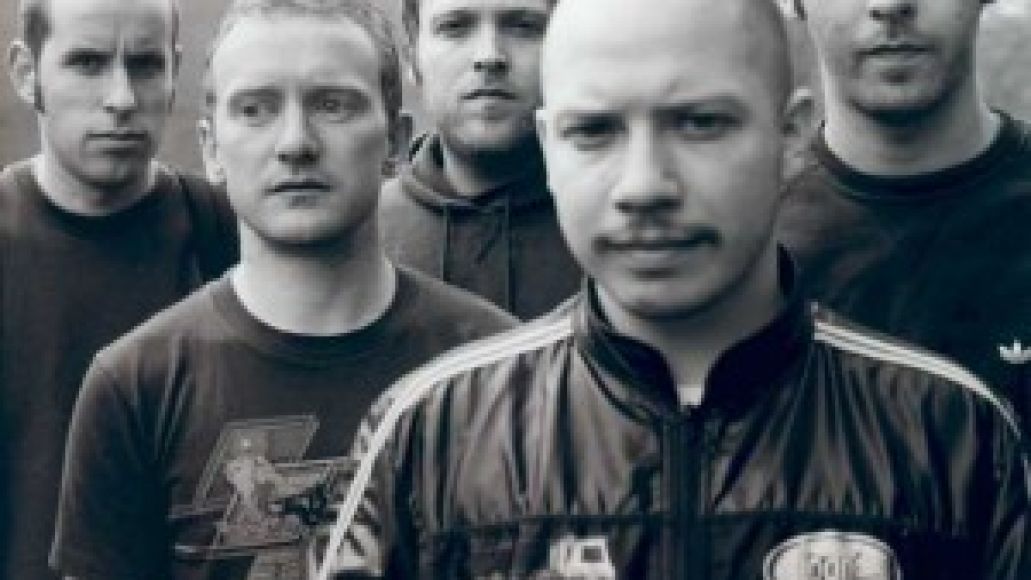 demonstrate how much their new tunes don’t actually suck–and as this Mexico City audience finds out, el Mogwai no es gacho. Although The Hawk is Howling met with criticism over the more staid, tempered, and produced sound cooked up by Braithwhite & Co. (on no track so much as the would-be-jarring “Batcat”), live on stage, new tracks like “I’m Jim Morrison, I’m Dead” and “I Love You, I’m Going to Blow Up Your School” do justice to their awesome names.

And on no track does Mogwai show its Gremlin teeth better than on the politically charged (because in Glasgow, football is politics) “Scotland’s Shame”. A nasty jab at crosstown rivals The Rangers, “Scotland’s Shame” references the vicious mutual animosity shared by Rangers and Celtic Football Club fans. The Rangers, a fiercely Unionist firm (note the Union Jacks draped over the stands), meet the ire of Glasgow’s heaviest musical export: all squelching fuzz guitars, epic organ, and pounding drums, ”Scotland’s Shame” bares its fangs–even from halfway across the world–as a hackles-raised challenge to sectarian favorites “Billy Boys” and “Nakamura Ate My Dog”.

P.S. Mogwai wins. And they don’t even have to sing.

Needless to say, Mogwai won’t be filling out the setlist with this one at Glasgow–check out the yellow-clad riot policemen separating the Celtic and Rangers side of the stadium in both Rangers/CFC videos.

Dawes Embrace Volatility on New Single "Everything Is Permanent": Stream