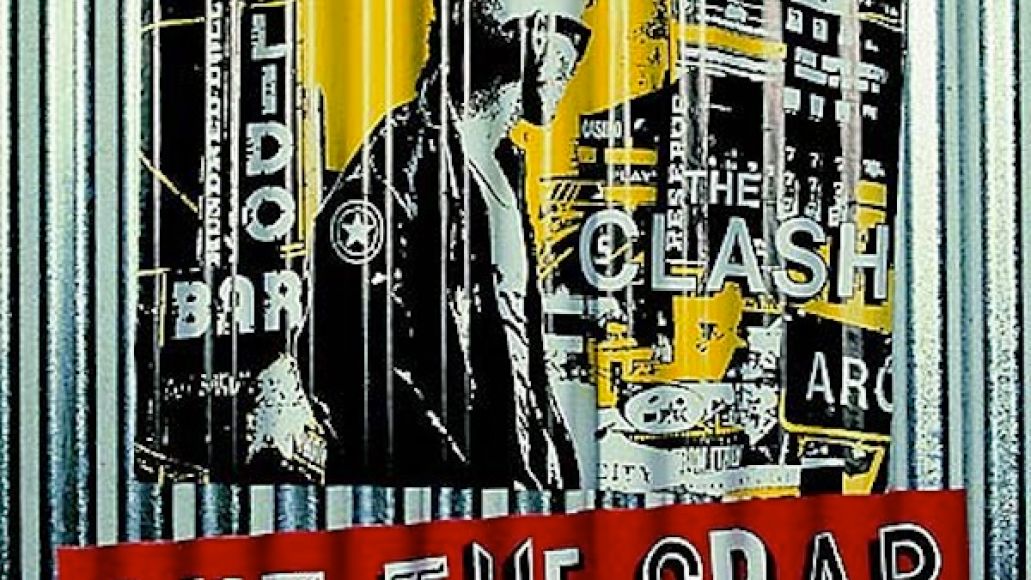 Some of you out there are probably thinking, “Whoa…wait a minute. There was a Clash album after Combat Rock?” Well, sadly, yes there was. Like finding a four-leaf clover in the dead of winter, the chances of finding a copy of The Clash’s 1985 musical fiasco Cut The Crap are incredibly rare, but worth a gander to drop a few dollars on. In a way it’s a complicated treasure to behold and groan at all in the same wave of emotion. Before we dissect this any further, let’s jump in the DeLorean and take a trip back three years prior.

In the legion of die-hard Clash fans, the majority consensus of the “only band that mattered” is that the band’s demise and conclusion came during the departure of guitarist Mick Jones from the band in 1982. While the band recorded their fifth and final album Combat Rock with the classic line-up, tensions rose to incredibly high levels between the band’s members. As a result of longtime drummer Topper Headon’s intense struggle with his heroin addiction, he was promptly fired from the band shortly after the release of the record. Ironically enough, the song he composed the most of on that record, the classic “Rock The Casbah”, became a Top Ten hit in the United States. With the pressure to deliver highly expected performances, like their legendary show at Shea Stadium opening for The Who, the band rehired the band’s old drummer Terry Chimes. After the subsequent tour ended, Chimes left the band and drummer Pete Howard came aboard what inevitably became a sinking ship of a band. Less than four months after Howard joined, Jones was fired in 1983 and to this catastrophic event credits the end of one of rock n’ roll’s greatest iconic bands of all time.

It’s funny how timing is everything and things once performed can never really be repaired. Flash forward to three years later, The Clash (sans Mick Jones and Topper Headon) became a five piece with Pete Howard still on drums, and new guitarists Vince White and Nick Sheppard filling in Jones’ void. While the two hired guns may have supplied physical slots in the lineup, the musical genius of Joe Strummer’s other half ceased to exist. The band’s manager, Bernie Rhodes, assumed Jones’ role with Strummer and as a result co-wrote all of the song with him on Cut The Crap. 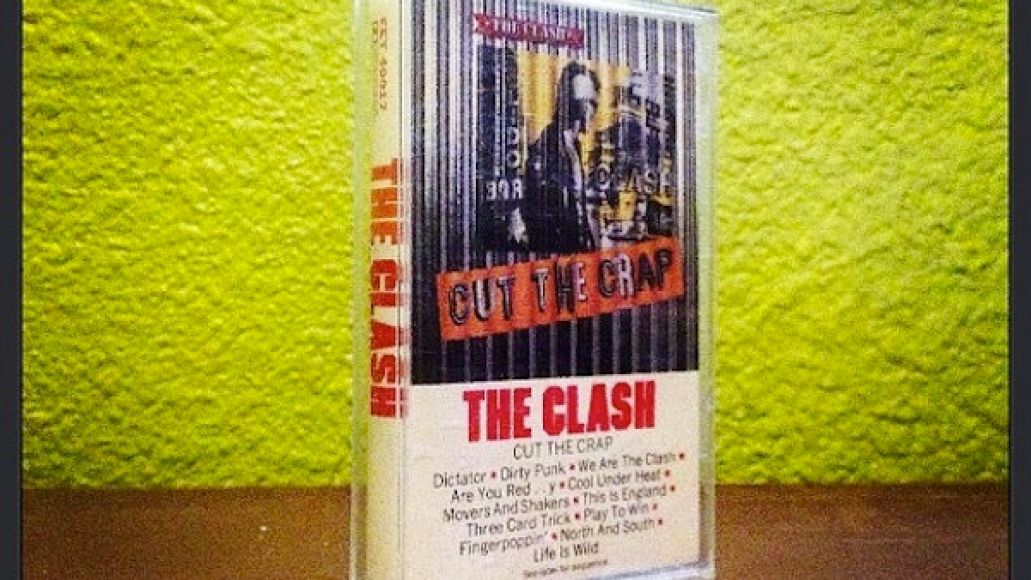 With that being said, today’s lesson is evaluation…and the keyword here is “value.” Does this record have any? Well, yes. Even though the bogged and downright terrible production, the sleazy and cheesy drum machines (Pete Howard did not play a single drum part on the finalized version) and the gagging album title, there’s still a little bit o’ soul to savage. Strummer spent the rest of his life disowning this record and for good measure, as it never appears to be talked about on pretty much any official Clash merchandise. While this record has a countless number of throwaway songs such as “Dictator,” “Three Card Trick” and the oaf-like “Fingerpoppin’,” Strummer still has his one shining moment in the sun with the album’s lone single, “This Is England.”

You think I’m crazy? Heh I’m not crazy. Some Clash purists believe this was the last truly great Clash song Strummer wrote before he ended the band’s decade long existence. However, redemption came one year later for both Strummer and Jones. After Jones’ acrimonious firing from the band, he went on to form the pioneering dance rock outfit Big Audio Dynamite. For their second record, No. 10 Upping St. Jones and Strummer resolved their differences and co-wrote six of the album’s eleven tracks together. Strummer even produced it and gave some closure to the aftermath of their band’s legacy.

As I said before, finding a copy of Cut The Crap is like finding a bronze trophy from some 1970’s State Bowling Tournament Championship at someone’s yard sale. On one hand, it’s nostalgic, antique and something to behold. On the other hand, it was considered crap back then and it still remains crap today. Bottom line is…if you find it anywhere, it’s worth the price of curiosity just to listen to it. However, aside from the boorish guitar and the 80’s drum machines, Strummer still sounds like himself and thankfully we can cut the rest of the crap out for the legend’s unfortunate swan song.

Dusting 'Em Off: The Clash - Cut The Crap