Before Kittens Ablaze embarked to South by Southwest to showcase its eclectic mix of highly nuanced tunes, the band’s guitarist Grant Rafter and I spoke about the looming success they’re likely to experience after much of alternative rock’s fan base witnesses what they’re capable of in a live setting.

When I asked him whether or not he knew his band had been thrust into the newly coined “orchestral punk” genre, he quickly expressed his enjoyment in reading such sentiments.

“It’s really kind of funny,” he says, “People have different takes on it all the time. If they want to do something completely verbose, or from a silly angle, that’s cool.”

We both agreed however, that for new bands, even ambient exposure is good exposure.

“I was reading an article on Pitchfork.com a couple of years ago about this guy who loved reading these hilarious reviews about new bands. They are easy to remember these types of reviews. It’s funny, too. It’s just people’s style,” He quipped.

Though they have yet to become full-on-pop-culture-altering rock stars, Kittens Ablaze have set fire to the subconscious of their listeners. With an undeniably original sound, it’s impossible to dis-acknowledge the looming stranglehold they’ll likely have over a massive fleet of adorers. 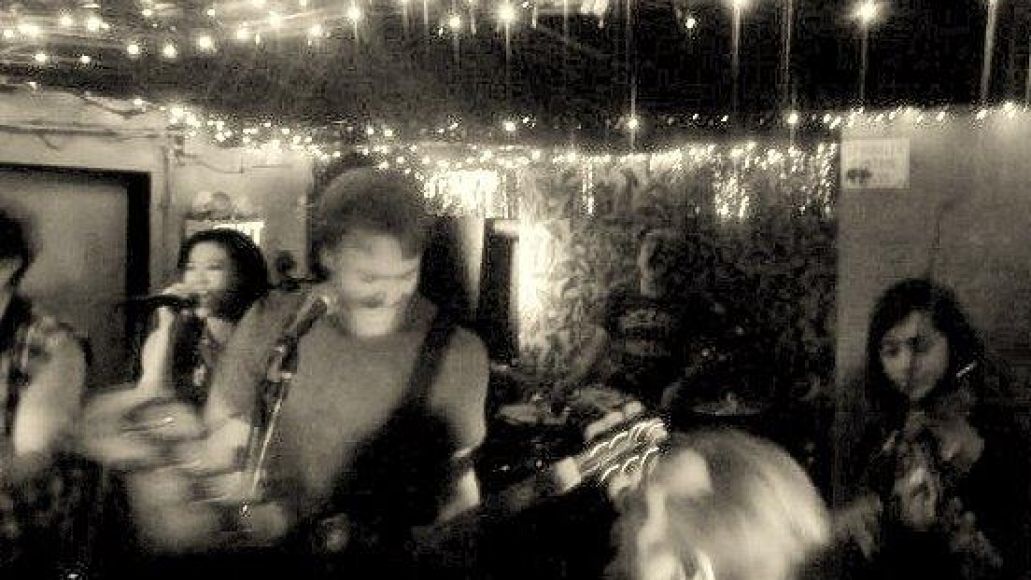 When I ask Rafter whether or not he’s aware of this, he initially shrugs it off before explaining his take on the “next big thing” tag.

He’s referring to their sonically charged sound to be certain. The fact that their influences comes from everywhere under the sun also fuels this sentiment.

“We have such a variety of where we’re coming from, musically. If we were all from this “punk scene,” we’d sound entirely different. But we’re pulling stuff from all over the board. Just a bunch of different tastes.”

This much is certain. When you bring six players to the table, it’s unfair to expect each member would mesh with the others in a seamless display of musical fusion. Rafter believes this actually enhances the efficiency of his band as a whole.

“We’re all different, so we can’t go too far in any one direction, either. It keeps us fused, so we don’t go off somewhere way too off the path. It’s how we found our “sound” at the end of the day,” he says.

The six-piece certainly boasts a big, original sound, but this hasn’t curtailed the laundry list of comparisons from media outlets the world over. What’s so vexing is the point that Rafter and I agree on: Kittens Ablaze sound like neither of these acts.

“The comparisons are all over the place,” Rafter explains, “From The Decembrists, to Defiance Ohio, and Ra Ra Riot. We get compared to the latter just because of the line up similarities, but if you were to listen to the two albums, I wouldn’t be able to hear it.”

It seems every time a new band approaches the forefront, “rock critics” want to tag them as the next-[insert band name here]. This can easily be taken as an endearing compliment by the hypothetical new act, but it’s perhaps just a revelation regarding that particular “journalist’s” lack of originality in description. Though there are certain aspects of these Kittens, and their hollowed, eerily ambient sound that remind us a little of bands like The Arcade Fire, this band is surely kicking up a storm as a result of the uniquely new direction their going with what they’ve created. 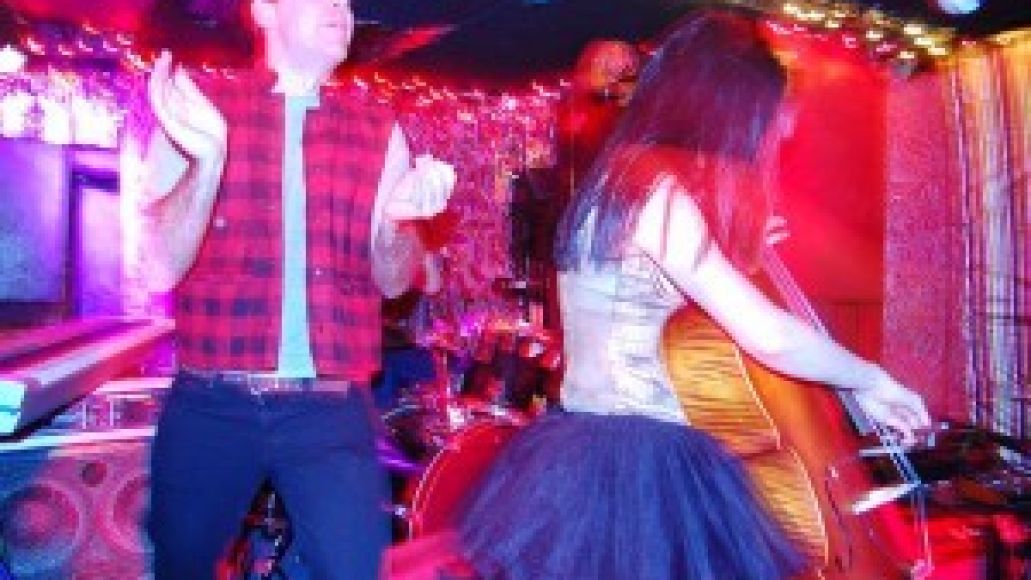 The question is: Will playing in a life setting [especially once as exclusive as on stage at SXSW] alter the fantastically innovative sound they’ve created on record?

Bands like Vampire Weekend have failed out of the gates trying to recapture their texturized, highly layered album sound. Rafter insists his band is capable of giving its audiences electrifyingly telling depictions of their recorded tunes.

“Well that’s the thing. Our lives shows are even more different. There’s a lot more energy,” he states.

If this is the case, SXSW audiences will have tons of information to pass onto their friends when they return home. One thing is for certain, by the time the Austin extravaganza is over, these Kittens will certainly have set the alt-rock world Ablaze.

LOCALIZE IT: Grant Rafter compares his Bushwick, Brookyln to Chicago’s own Logan Square! 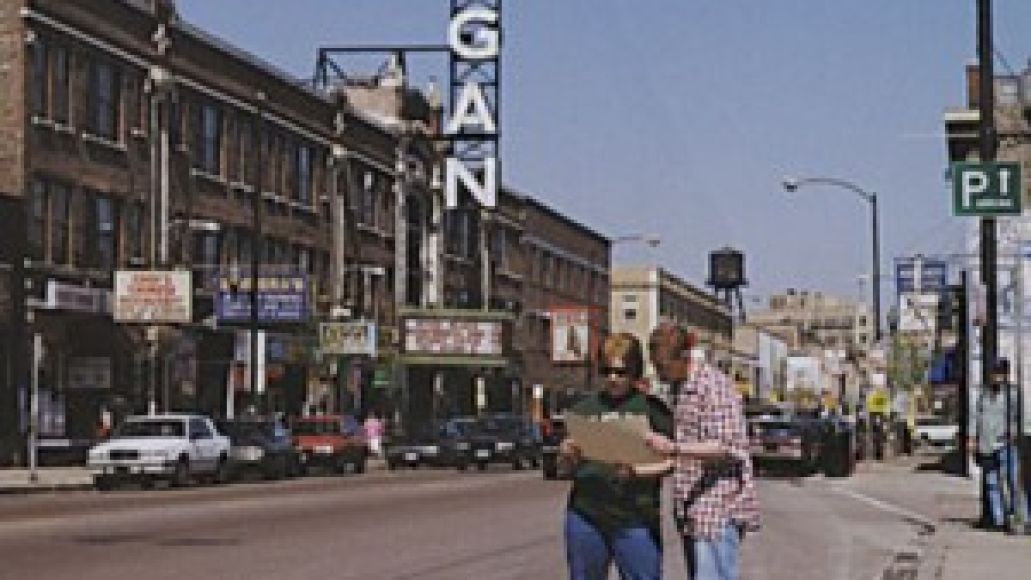 CoS: Are you all from Brooklyn? What is it about that area that attracts bands from all over?

GR: That’s the way New York goes. Since the 1960’s. People started out in the West Village, and then the rent goes up. Kids start showing up who have a little more money, and they push the more artistic kids out. It starts in the West Village, then down to the East Village, then down to the Lower East Side. Then it migrated over to Williamsburg, in Brooklyn. That then migrated out to Bushwick, which is further out. Park Slope went through a whole “thing” as well. The “scene” is basically right on the edge of the gentrification-line. The artists gentrify in the area first. It’s low rent. That’s basically all that is. Bushwick is “it” for now. There’s some stuff going on up in Queens… Basically it’s all just based on the rent, and the subway lines.

CoS: I live in Logan Square, here in Chicago, so I definitely know what you mean.

GR: Oh yeah, I have some friends who live there. I know that area pretty well.

CoS: Right, I’d say Wicker Park was the Williamsburg of New York City, and now Logan Square would be equated to the Bushwick of today in Brooklyn.