The easy way out would be to describe Alabama’s 13ghosts as an “atmospheric” band. That certainly is a part of the band’s identity, as anyone who has heard their most recent album, The Strangest Colored Lights (Skybucket Records 2008), can attest to. Many effects heard throughout the album do call back to Pink Floyd. The first sounds we hear sound like a dying man inhaling then exhaling for the last time in the opening track, “The Lonely Death of Space Avenger” (“Darling William, when you’re lonely/Think of us back on Earth”).

For a true definition of where the band is now, we should check with the band themselves. 13ghosts say The Strangest Colored Lights spans a “large and diverse cross-section of genres (electronica, grand Pink-Floydesque passages, country-sludge, psychedelic, spaghetti-western, hard-edged pop and dark acoustic).” That’s about right. Do not think, however, that just because this album explores many genres of music that it is overproduced, over-the-top, or overdone. It is an intimate record that deals with our own fragile existence, as well as with loved ones who have passed away.

“It was incredibly hard to write this record,” 13ghosts’ Brad Armstrong (vocals, piano, guitar) tells Consequence of Sound, “if only because we tried to do it back in the day and it was such a disaster.” He refers to an abandoned music project from a decade ago that dealt with the suicide of Armstrong’s cousin. With those early sessions deemed a “disaster” and “unlistenable,” Armstrong went on to christen the then-named band 13ghosts, along with musical partner, guitarist/vocalist Buzz Russell, and drummer Mikey Williams.

It wasn’t until the writing and recording of Strangest… ten years later that the band realized what had stymied them in the late nineties. Armstrong remembers being “so tied up in the events that the artistry of the recording was lost.” It took the “perspective of years” to figure out what the events meant to 13ghosts, and they were finally able to convey artistically what they were unable to years before.

Working with Doug Van Sloun for the first time on Strangest… did not hurt the creative process. Van Sloun, who has worked on albums for Bright Eyes, M.Ward, She & Him, and Tokyo Police Club, “masters records like they used to be mastered,” Armstrong says. “Each one is different, and should get a different treatment, and it should feel like you’re occupying the same space as the artist.”

As for work ethic, Armstrong cites Guided by Voices’ Robert Pollard, who “writes the song, and gets the hook in there deep, then pulls out and it’s over. He doesn’t really repeat himself.” Though Armstrong tries to apply that philosophy to every song he writes, he admits his songs tend to be longer than the frequent GBV track of 40 seconds or less (the shortest track on Strangest… clocks in at 145 seconds). Pollard’s influence are on display, however, in tracks like “Beyond the Door” and “Go to Sleep”, both featuring lo-fi vocals Uncle Bob himself could guest on.

13ghosts have released a few EPs and full-lengths since the death of Armstrong’s cousin, “chipping away at it on all the recordings.” Their bio tells us the origin of their name comes not from the 1960 horror film, 13 Ghosts, but from a book titled, “13 Alabama Ghosts and Jeffrey”. Their name doesn’t just call to this book they read in their youth, but represents the “many ghosts they carry with them,” and those ghosts can be heard throughout their music, if you listen carefully enough. 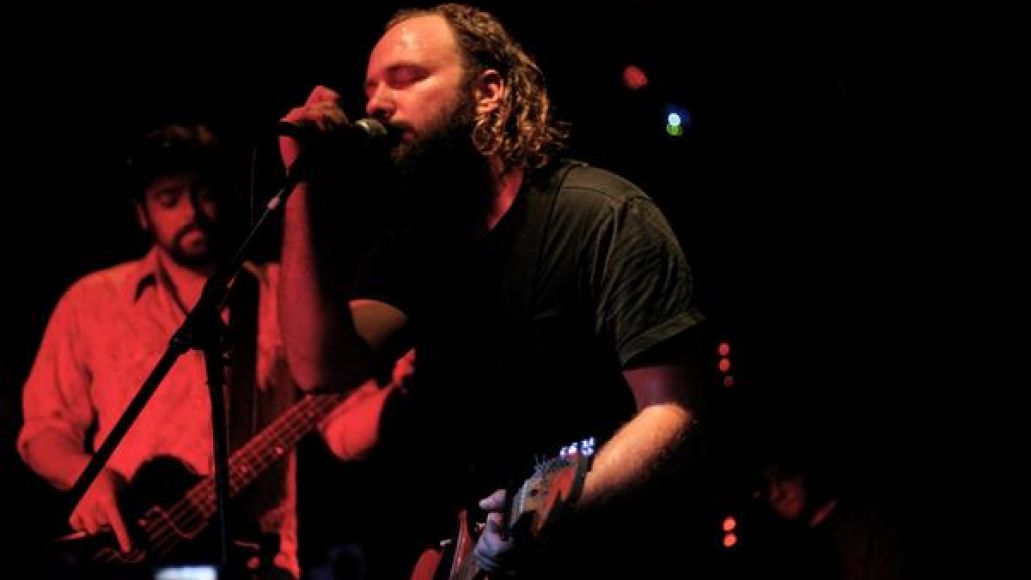 Come hear and witness the many soundscapes of 13ghosts at SXSW. They’ll be playing our Listen! Showcase at The Wave at 11:00 p.m. on Friday, March 20th.

Check Out:
“Soft Houses”
“Beyond The Door”