On Friday, March 20th, all the pretty people of Chicago turned out for the Mindless Self Indulgence show at the House of Blues. Sound promising, right? Think again.

The mish-mash of punk, goth, emo, and even a few hipsters melded into one cohesive unit ebbing and flowing with the crunchy guitars and throbbing bass lines that encompassed the venue. The place smelled like a petting zoo according to one fan that I overheard. Throw Jimmy Urine’s extravagant stage antics into the mix and you’re left with a sensational cacophony known as an MSI concert.

For fans dating back to the Tight era, you know the new album, If, delves a bit too far into the mainstream and after watching last night’s performance, I’m going to take the liberty to say that their live show has gone the way of the new album as well. There was no full on nudity, no blood-letting on stage, and Jimmy Urine didn’t even urinate on anyone. But, that’s not to say the show wasn’t entertaining, quite the contrary. Even though the New York outfit played an incredibly short set and Lyn-Z was M.I.A. due to her pregnancy, Friday’s show still kicked the shit out of 95% of the concerts witnessed in Chicago over the last year. I simply envy the days of Frankenstein Girls Will Seem Strangely Sexy, that’s where most of the crazy MSI concert stories come from. I wish I could travel back to those shows… 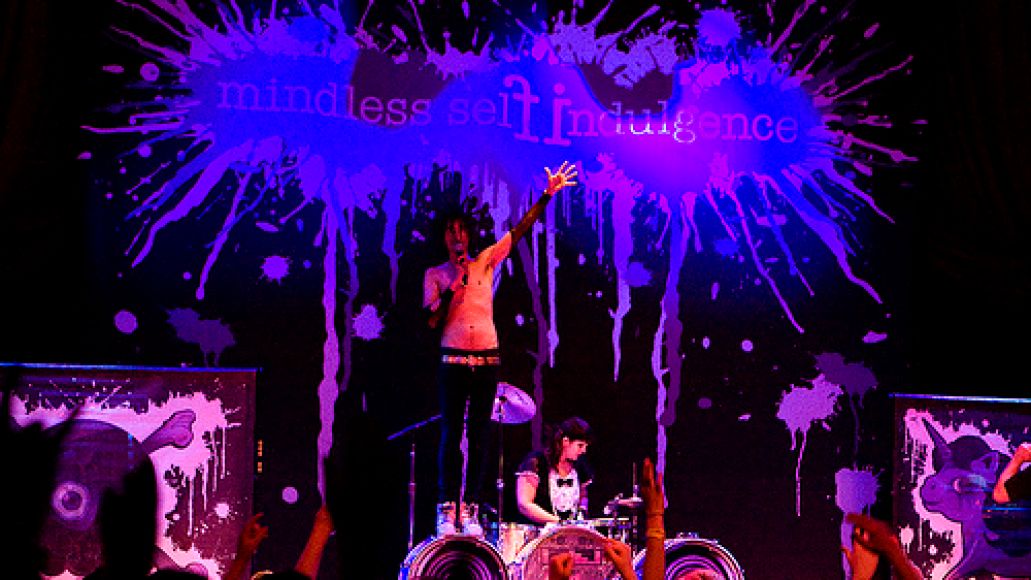 But, unless Stephen Hawking discovers a way to time travel, we’re stuck with present day MSI. That said, after Friday, it’s quite apparent how Mindless Self Indulgence built such a devout fan base over the years. For one, Jimmy Urine remains a fantastical entertainer; so good I had to make up a word for it. Even though he talks in between every single song, cutting down on the amount of material actually played, his banter is hilarious and the crowd hangs on his every word while he segues brilliantly into the next song.

To call Jimmy Urine offensive is an understatement, that’s all part of his mystique. To make sure he offended absolutely everyone last night, he even tossed in a Mormon joke while commenting how the crowd was a bunch of vampires, “all you do is kill people and have sex…you must be Mormon!” Later on in the set, he said “Doesn’t it look like the Little Mermaid in here” and started singing, “I wanna see ‘em dancin’; walkin’ around on those (what’d ya call ‘em?)” and when the crowd filled in “feet,” Jimmy countered, “You guys are fucking gay!” I could go on and on about each little quip that he added in between songs but no one would make it through the entire review. So I’ll leave you with the suicide pact he made with the audience, “Let’s make a suicide pact together. But not for any bullshit reasons like ‘nobody likes me,’ let’s do it for the ultimate reason…when the Jonas Brothers break up!”

He even offered a tour of the stage to the first person with $20 and brought one lucky girl on stage for all of about 30 seconds. Afterwards he laughed, “That wasn’t the easiest $20 I’ve ever made, but at least I didn’t have to blow anybody…this time.” Before launching into “Stupid, Sadistic, and Suicidal”, he pointed to the 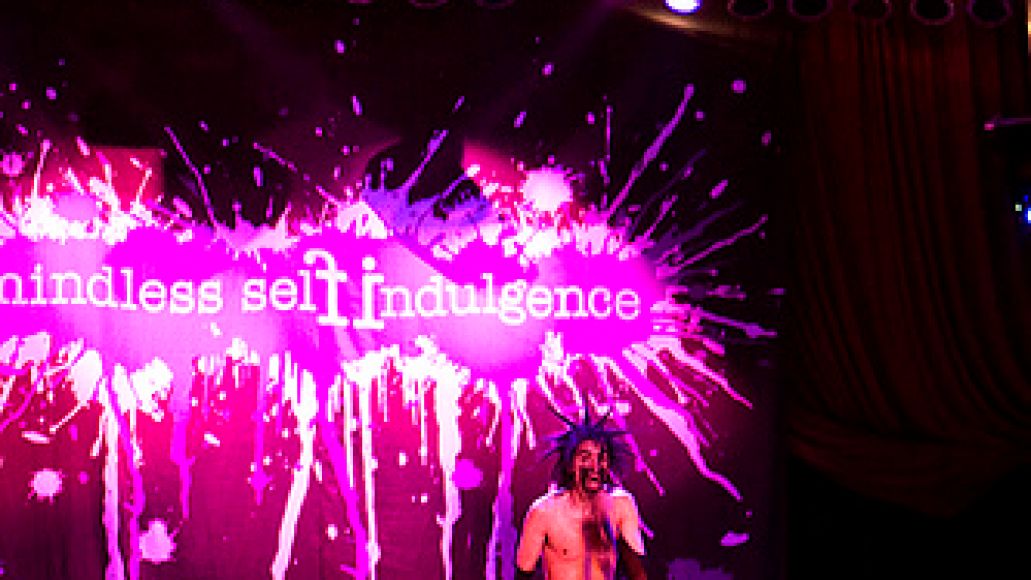 mosh pit and said, “that looks fun” then pointing to the stage, “this doesn’t look so fun anymore, that looks fun,” and after repeating a few times, he walked out into the crowd to sing the first verse.

Musically, the standout track of the night was “Tornado” where Urine sang into a shoe that was thrown on stage and improvised a lyric, “this is a shoe, it’s a fucking shoe” before throwing it back into the crowd. Then again, it could have been when he shoved the microphone down his pants and rattled off a drum solo on his crotch. Or, maybe it was “Bitches” where he explained all the reasons why bitches love him: because he can rock, because he can rhyme, and because he’s always on time, now that’s how it should be done!

After Kitty, Jimmy, and unknown bassist walked off stage, Steve, Righ? stuck around to play the hidden track off of Tight. He waited a few minutes after the stage crew started tearing down the set before coming back out and announcing that they’d encore if the crowd could raise $180 before laughing, “I’m just fucking with you, there’s no fucking encore.” Then in a move that would please only the most die-hard fans, he did impromptu acapella versions of the entire Tight album. When he finished, a lot of the crowd had dispersed and several minutes later Jimmy came back out to greet the loyal fans.

If it’s not obvious by now, MSI is all about Jimmy Urine, especially when Lyn-Z isn’t there dancing and contorting her way around the stage. It’s not a bad thing and it’s incredibly entertaining but it does leave the rest of the band feeling kind of drab in comparison.

I could rattle off another 5-10 favorite moments from the show but unless you were there, it would just come off as sick, twisted, and perverted; MSI’s specialty. With only a few songs breaking the three minute mark and Jimmy Urine entertaining the crowd, there was no room for boredom. I don’t know how anyone could’ve walked away from the House of Blues disappointed. I know I found myself frantically searching for other dates close by but unfortunately, all the other shows are either sold out or hundreds of miles away. That’s how a fan should feel after a show (indie rock bands, please take note.) In the meantime, I’ll leave you with a picture of Jimmy’s fine white ass. 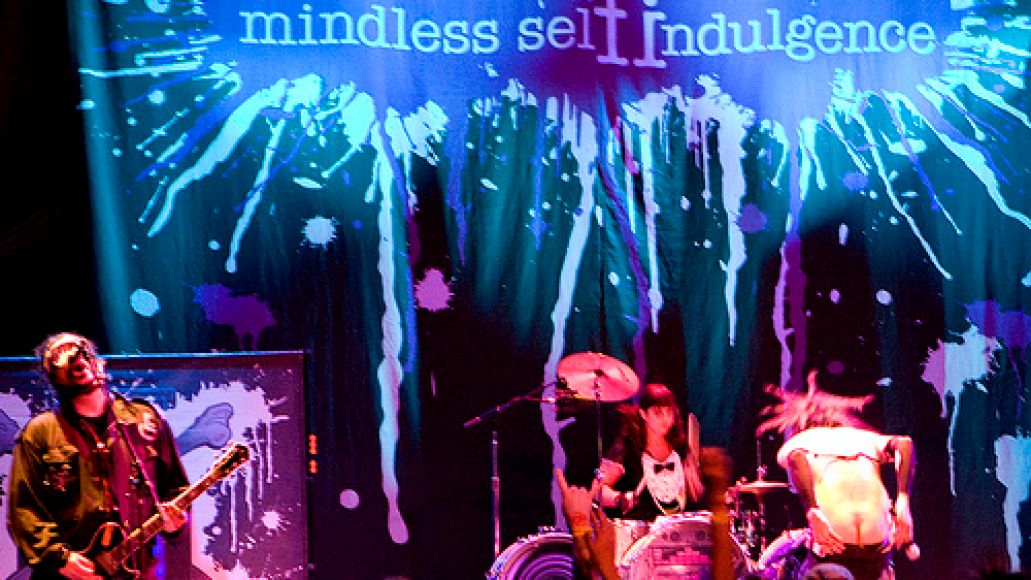 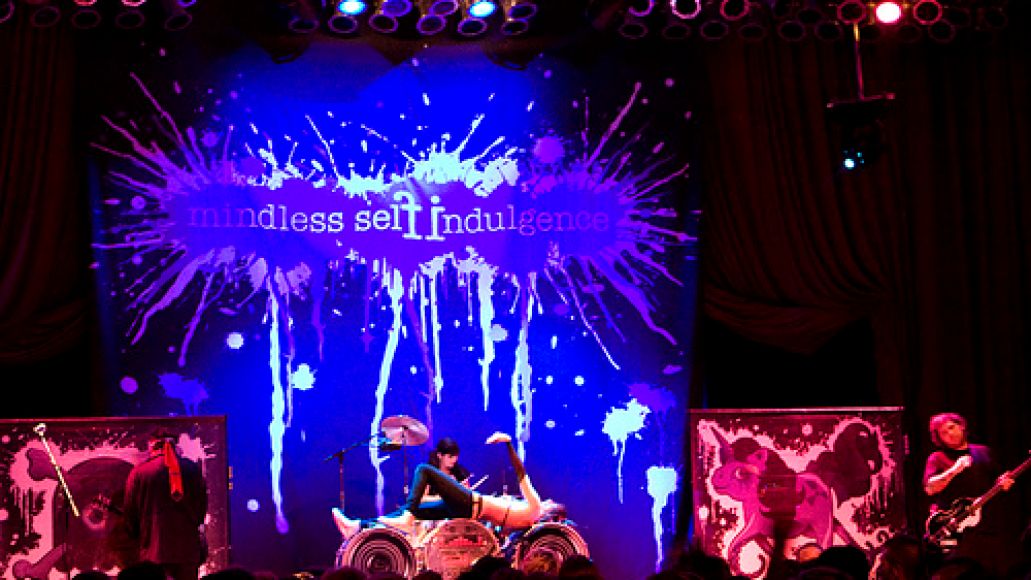 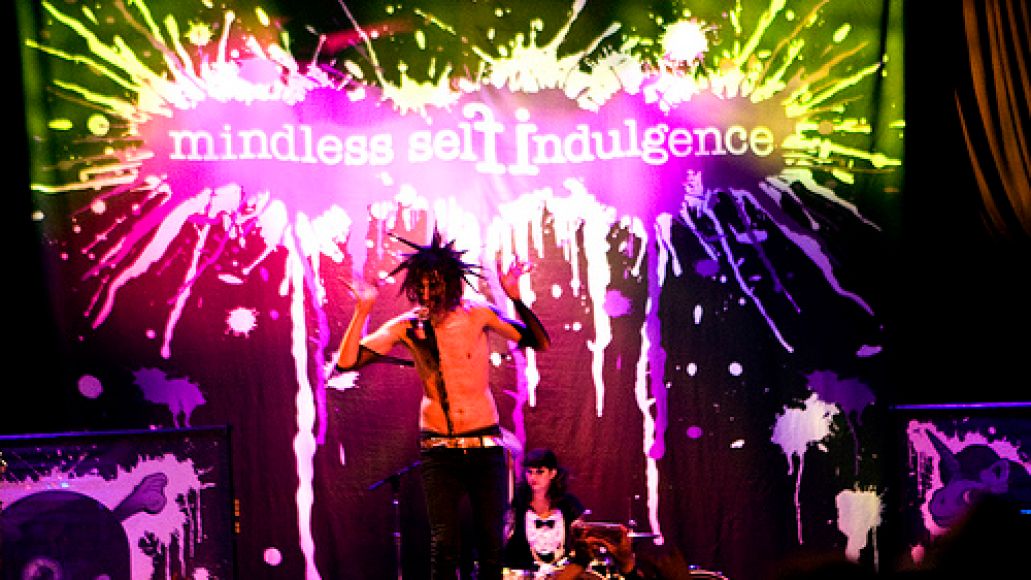 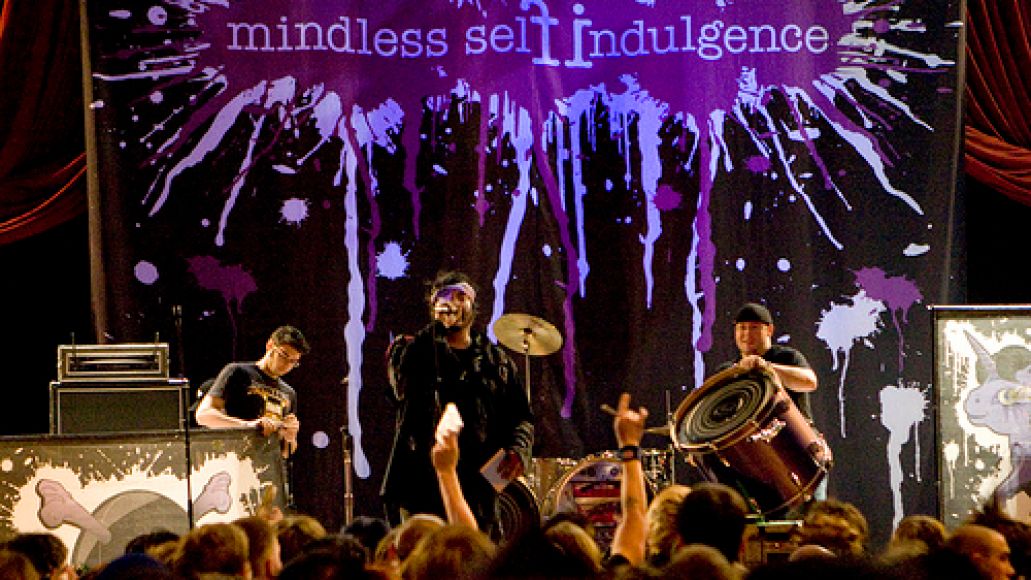