Sometime around Thursday in Austin last week, rumors surfaced that Neil Young was hanging around the bar at the Four Seasons. A surprise performance was rumored to be in the fold, which as we know now didn’t happen, but the rock legend did use his South by Southwest time to shell out details on his latest creative endeavor.

On Saturday, Young attended a panel devoted entirely to the long-rumored, much-anticipated box set, Neil Young Archives, Vol. 1: 1963-1972, where he revealed that said box would finally be getting its official release. Available beginning June 2nd in CD, DVD, and Blue-Ray, the 10-disc set is basically what its title says – a look into the early portion of Young’s career. Per Jim DeRogatis of The Chicago Sun-Times:

Quite simply, “Archives” is Young’s life in a box, with not only every studio album and every important concert he played during the first decade of his career (so long as they were captured 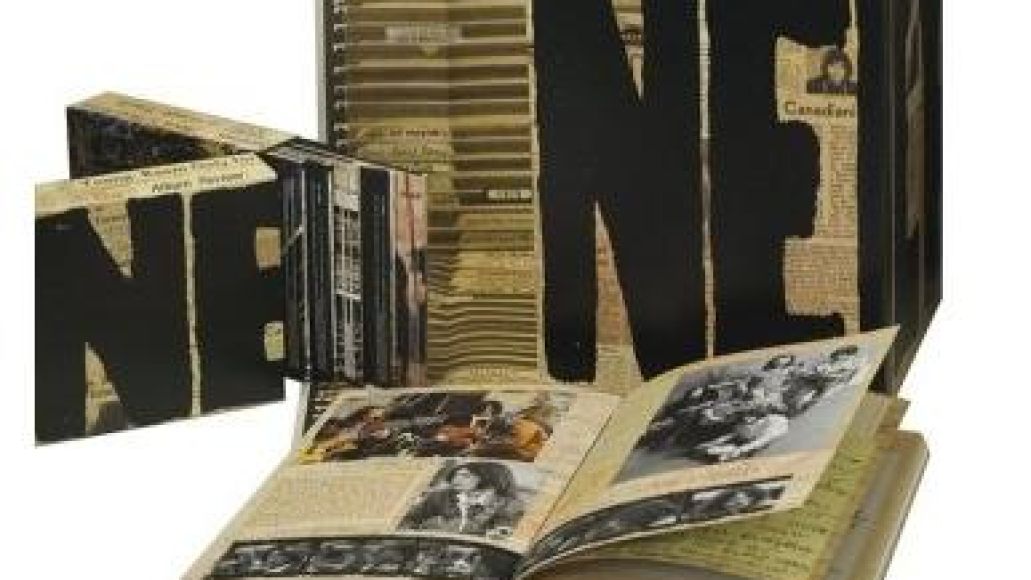 in quality recordings), but every song he wrote and recorded, lavishly augmented with extensive histories, rare photos, the original hand-written lyrics, live concert, interview and behind-the-scenes video footage, recording notes, diary entries, postcards to his mom and just about anything and everything else he ever collected during his storied career.

The set will be available as a 10-disc Blu-Ray edition listing for $299, a 10-DVD box for $199 and a CD version for $99. In support of the release, Young will reportedly providing retailers with posters and other incentives to drive walk-in traffic. The set is currently available for pre-order via Young’s official website; the complete tracklisting can be found there as well.

The unofficial Neil Young day continued well into the afternoon with director Jonathan Demme debuted his  his second Young concert film, Neil Young’s Trunk Show, at the Paramount Theatre. According to Rolling Stone, the film is an “intimate look at Neil Young’s stage show, recorded in a small theater in Upper Darby, Pennsylvania, on mostly hand-held cameras.”

Over a dozen Young tracks were shot in high-definition and a few were given a more expressionist, grainy feel. A warts-and-all approach catches all the ephemera Young spread across the stage for this tour (telephones, a tiny guitar shop, a pirate flag), as well as the heating pipes, stage lights, wires, cameramen and industrial fans helping power the Tower Theatre gig. A look backstage even catches a doctor looking at one of Young’s troublesome fingernails.

Of course, all this comes on the heels of news that Young will be releasing his latest studio effort, Fork in the Road, on April 7th. Oh, and then there are those remaining tour dates the Canadian still has to tend to. Needless to say, it will certainly be next couple of months for Mr. Young.