The last time we caught up with Raise High The Roof Beam, we were in post-Christmas/pre-NYE revelry at The Empty Bottle. This past Sunday night, a better, more composed group took the stage at Reggie’s Rock Club on the Southside, and proved their worth as a band that pays attention to the details practice can provide.

Ringleader Thomas Fricilone kept the tempo at a relentless pursuit of bombastically harmonic fusion between his five-member outfit, with a set list that nearly drove the eclectic crowd into a well-stirred frenzy. This is what made the night so unique. The South By Southwest Music Festival was hosting this particular evening’s event as a reminder/fundraiser/send-off for their looming annual showcase in Austin, Texas. As a result, RHTRB 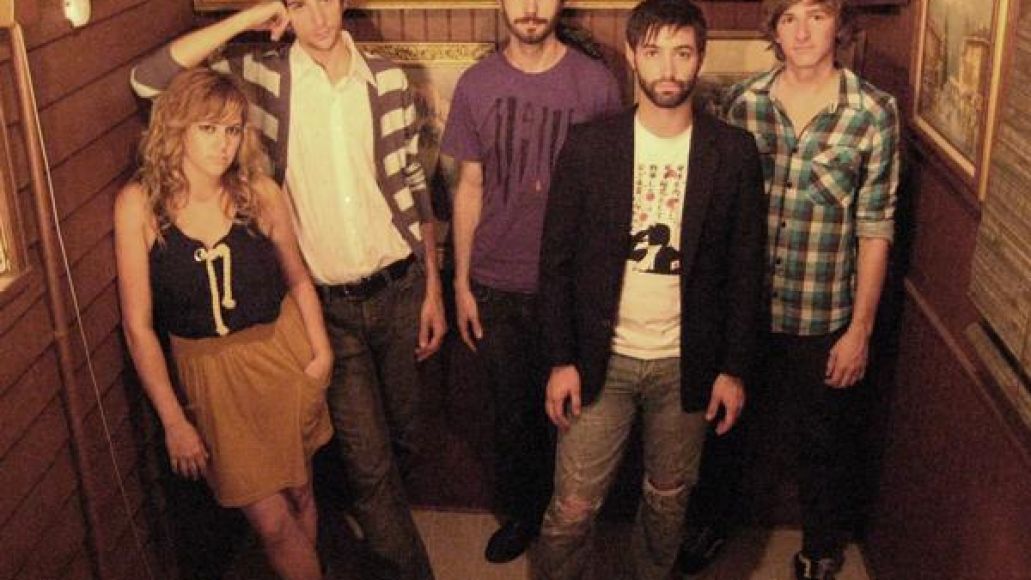 was plunked between two very different acts. With a lead in by alt-country revealers Glasko (whose front man seemed to be doing a “down south” Kurt Cobain impression), Raise High became the Conan-to-their-Leno in feeding of those left behind, and giving them more reason to shout.

Once their set had concluded (to thunderous applause), the club was filled near capacity, only to be offered up a ravaging set by Limp Bizkit-inspired A Birdsong Valentine, whose songs provided a glimpse into the minds of aging rockers still stuck in 1996.

Regardless, despite having done little to promote their show, RHTRB managed to get even the most post-grunge/rap-rock (I’m sorry, “nu metal”) enthusiasts bobbing their heads in a successful display of music that sounds as powerful as it does worthy of a listen by a whole gamete of music fans the Indie world over.

The best song of the night, “Pigeons” gave all in attendance a brilliant reminder of what’s possible when a great band publicly realizes its potential as a driving force in a starving market. Great harmonies are few and far between, and the highly texturized layering of prettier-than-pink vocals gave us not only a fantastic song, but also a textbook example of the luminous effects bands like CSN&Y have had on their predecessors (and their child, who have been “taught” quite well).