On the morning of February 4, 1999, Amadou Diallo, an immigrant street peddler, was about to enter his apartment building when he was approached by New York City police officers. Believing him to have matched a description of a serial rapist, they ordered for Diallo to show them his hands. Diallo allegedly made a charge for the building entrance, ignoring orders to stop. He then reached into his jacket, for what the officers assumed was a gun, and he was shot 19 times. The item Diallo was attempting to pull out was not a firearm or any other kind of deadly weapon. It was his wallet.

Though only 19 bullets hit their mark, the officers fired 41 shots…

Outrage took over the city of New York, pouring its way into the rest of the country. Retired officers, politicians, and celebrities joined together to protest the event of that February morning. Despite the public uproar, coupled with intense media scrutiny, a jury unanimously voted in the officers’ favor one year after the shooting took place. They were acquitted of all charges, which included second-degree murder and reckless endangerment.

There was some justice served. Diallo’s mother and stepfather filed a lawsuit for $61 million against the city and the officers involved, and would accept one of the highest settlements ever against the city of $3 million.

During their reunion tour on June 4, 2000, Bruce Springsteen & the E Street Band performed a song they had played at soundchecks a couple of times. The song was low-key, with 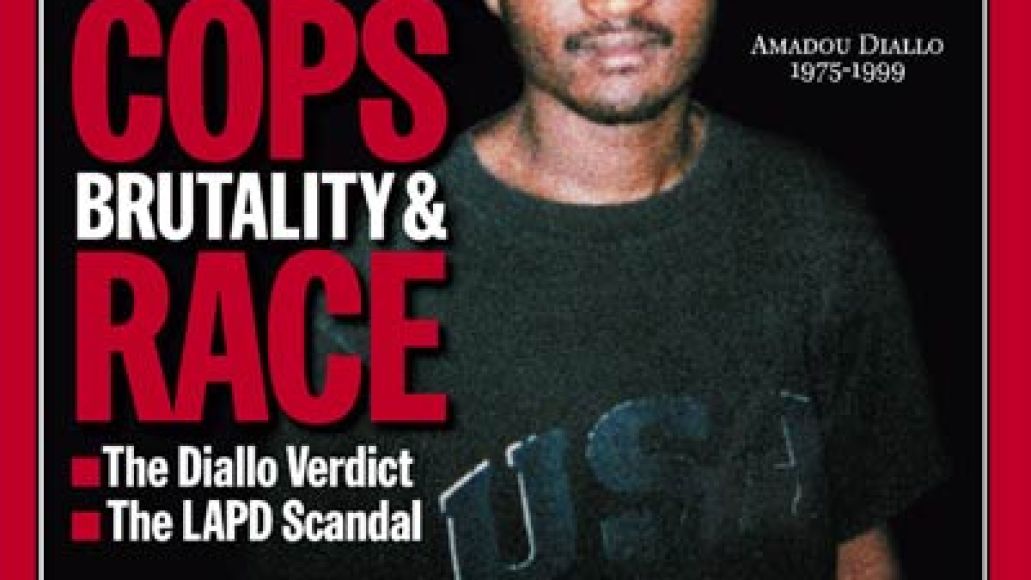 instrumentation serving more in the role of ambience than a classic-anything-goes-Bruce-jam session. The song was about the death of Amadou Diallo, called “American Skin (41 Shots)”.

With the line “You can get killed just for living in your American skin” alone, “American Skin” sparked an outrage amongst the NYPD. Officers accused Springsteen of opening old wounds, encouraging fellow officers to boycott the Boss’s ten-day stint at Madison Square Garden later that month and into July. Those who would boycott included the president of the New York State Fraternal Order of Police, calling Springsteen a “fucking dirtbag.” The reaction was not entirely negative, however.

Many commended Springsteen for exercising free speech, praising him for supporting officers and various police charities over the years. Despite the calls to protest, every show at Madison Square Garden would sell-out.

A studio-version of “American Skin (41 Shots)” has never been released publicly, but the live-version of the track is available on Bruce Springsteen & the E Street Band: Live in New York City. Springsteen’s given us some great, haunting moments through his songwriting prowess for nearly 40 years, but this one takes the cake. “We need some quiet…”