I don’t know if it’s me, but it feels like Spencer Krug and the rest of those dudes (you know which ones), never sleep. I mean seriously, we’re unable to go a month or two without a new album from Wolf Parade, Sunset Rubdown, Swan Lake, Destroyer, Frog Eyes, Blackout Beach, or Handsome Furs (let me know if I forgot any). This isn’t a bad thing in any sense, given that Krug, Dan Boeckner, Dan Bejar, and Carey Mercer are at the forefront of creativity in the modern music scene, but Christ. They’re like the new Robert Pollard! (Collectively).

Anyways, all this ranting comes along with news from Sunset Rubdown pilot, Wolf Parade co-pilot, and Swan Lake collaborator, Spencer Krug about his new(est) digs. The next album (or endeavor, if you will) is Dragonslayer, Sunset Rubdown’s third full-band effort, which will see the light of day on June 23rd via Jagjaguwar.

Krug would like to stress the fact that the new record is more of a full-band effort. In keeping with Random Spirit Lover, along for the ride will be Jordan Robson-Cramer (drums, guitar and keys), Michael Doerksen (guitar and bass), and Camilla Wynne Ingr (keys, percussion and vocals). What’s more, the new album will see the addition of bassist and drummer Mark Nicol as well. Phew, any more collaborators and we might have yet another side project on our hands, and really, at this point we can’t handle any more music from these dudes.

For vinyl enthusiasts, there will also be a bonus pictureface 7″ called Introducing Moonface, out in April via Aagoo. It’ll look like this: 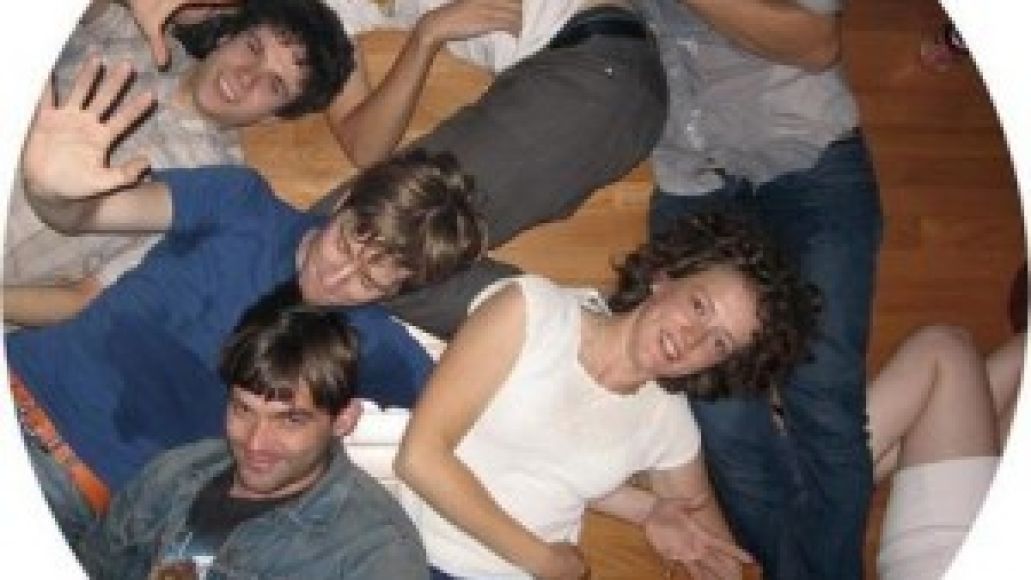 Keep your eyes peeled for that new Frog Eyes/Destroyer album that will probably be out tomorrow or something. (joke)