Last Saturday, February 28th, I closed out the month with style and grace, a decision that would be appreciated by music fans young and old (the crowd was made up mostly of the latter); I caught the early show for The Airborne Toxic Event over at Schubas Tavern here in Chicago. Thanks to the CTA’s “accurate” bus times, I missed out on the opening act, The Henry Clay People. Let’s just say that if I were an 80-year-old woman, I’d definitely be writing an angry letter instead of this review right now.

Anyhow, The Airborne Toxic Event are one of those musical anomalies, a band that can release one record and almost immediately have critics (aside from a 1.6 on Pitchfork), and the general public on board all at once. And, they’ve been selling out several dates on their first national headlining tour. Chicago even added a second show after the first sold out in a matter of minutes (as did the second one). Let’s just hope the band doesn’t follow on that same path.

Arriving a few minutes late, I was greeted with a poppy guitar break and Mikel Jollett’s familiar wail, “I was only twenty one; I wasn’t having any fun…get in this car let’s run” on the track “Gasoline”. Next up was the lonely self-realization of “Papillion” and then an attempt at “Happiness Is Overrated”. Jollett had to give it another shot after explaining to the crowd he’d been sick and was just getting his voice back. “Let’s try that one again,” he said before sighing through the first couple lines, “Ah, there it is.” Fortunately for us, his voiced seemed to hold up for the rest of the show.

I was surprised when they played “The Girls In Their Summer Dresses”, a track that wasn’t released until the ’09 reissue of their debut record. They really hit their stride the last half of the set with songs like “This Nowhere” and “Sometime Around Midnight” where bassist Noah Harmon teamed up with violinist Anna Bulbrook breaking out a bow to gently caress his bass. Wrapping up the set, Bulbrook climbed an amp at the beginning of “Innocence” and Harmon took to the air as the song came to a climax. Afterward, they quickly exited the stage to catch some fresh air outside. 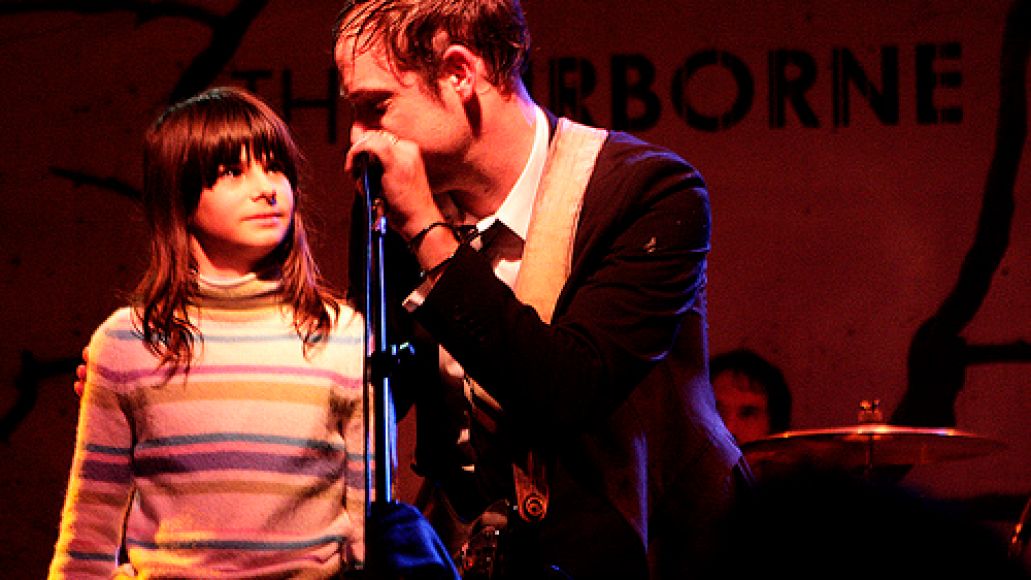 It wasn’t long before they were back inside and thanking the crowd for their generosity. “We’re from LA and it’s nice to be playing to a room full of people, ” Jollett announced, as he pulled a cute little girl standing at the side up to stage for the encore. She danced around with Bulbrook and even played a note on Harmon’s bass. I wish I could remember her name right now.

For the grand finale, Jollett broke into “Missy” while walking into the crowd and shouting “come on, jump around like a bunch of fucking monkeys with us” in between verses. For the last half of the song, he invited the rest of the crowd to come up on stage remarking, “The problem with this is we can’t hang out all night, we have another show to play.” After the show, they took time to meet all the fans that were hanging around waiting, I wouldn’t have ended my February any other way. 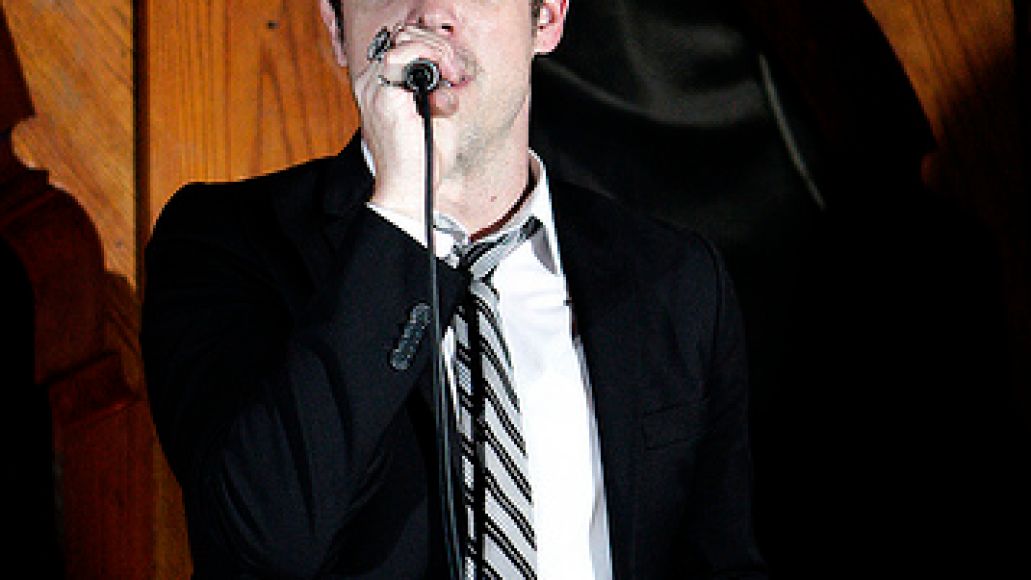 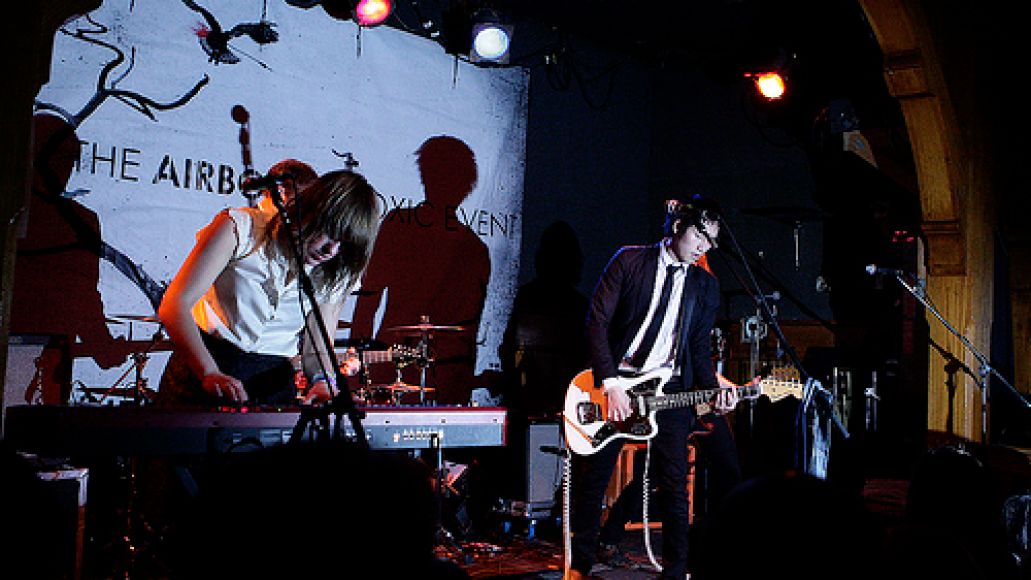 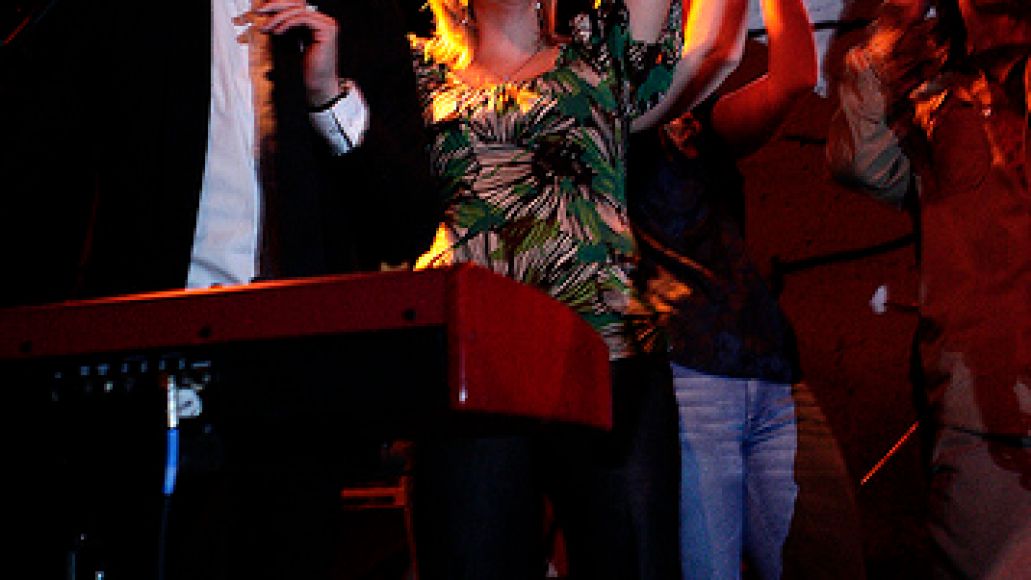 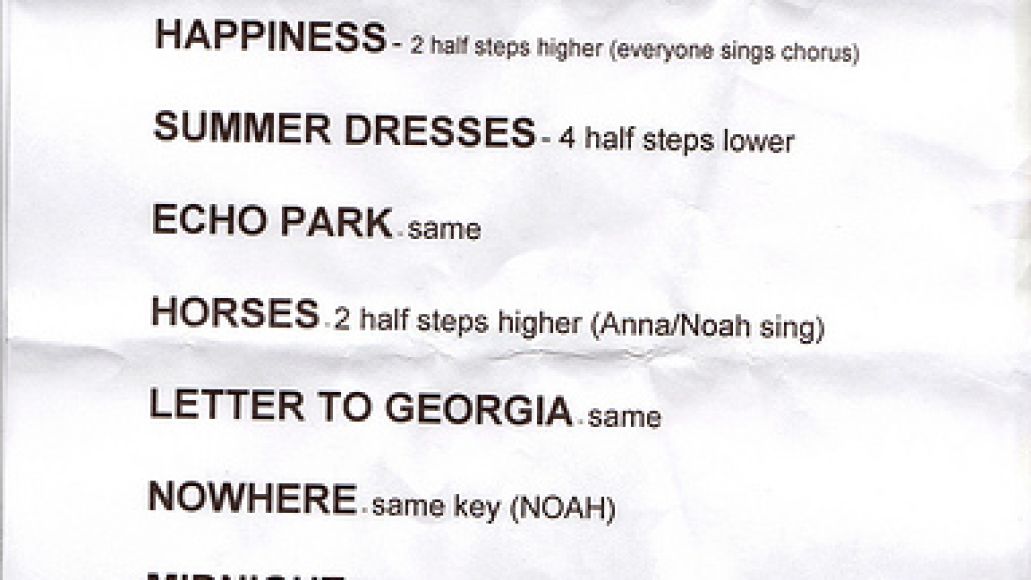