Given all that went down earlier this month, it’s a bit strange not seeing U2‘s name floating around the headlines. But with the pre-sale for the band’s upcoming North American tour set to begin, um, like today! and rumors of what appears to be an unbelievably stellar opener, the excitement will likely kick back up, um, like now!

What’s this unbelievably stellar opener I speak of? Well, if you head to the box office homepage for Giants Stadium, where U2 is scheduled to perform on September 24th, it list the following: “Special Guest Muse.” Unless some other band named Muse has formed up in the last 24 hours, or some ticket agent’s attempt to toy with our emotions, it’s certainly appears as if the English trio will be joining Bono and crew for at least one U.S. tour date. 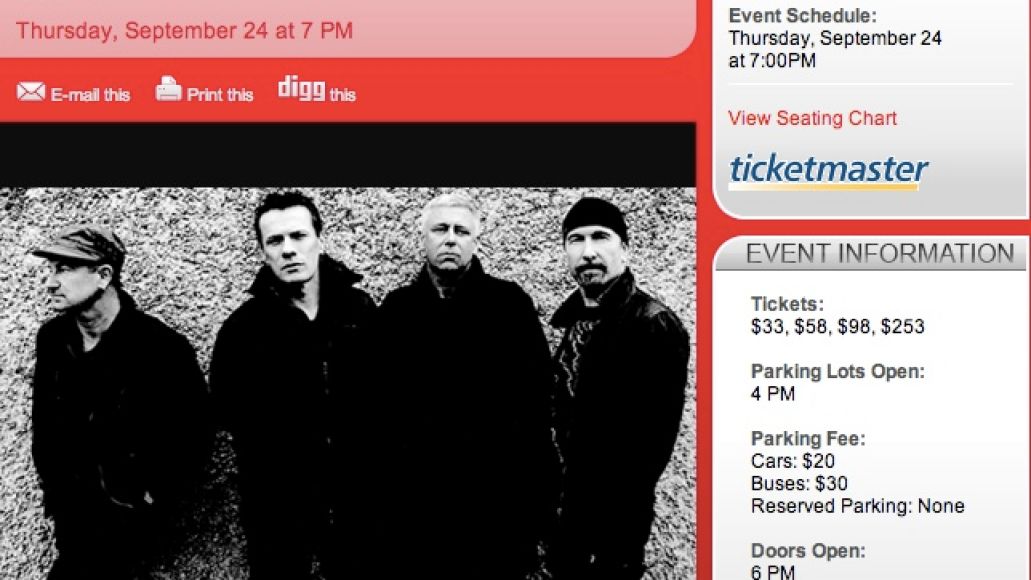 We’ll let you take that in for a moment.

Then there’s the part about Muse potentially releasing a new album, the followup to 2006’s Black Holes & Revelations, sometime in September, which when combined with the fact that U2 may have another new album of its own by then, both outfits have multiple #1 albums, and both hail from Europe, well it basically becomes a new-music-loving-fan-of-British-bands-who-make-number-one-albums ultimate wet dream. And that’s even without mentioning the rumored yet-to-be-announced U.S. dates (note the italics)…

U2 taps Muse as tour opener?