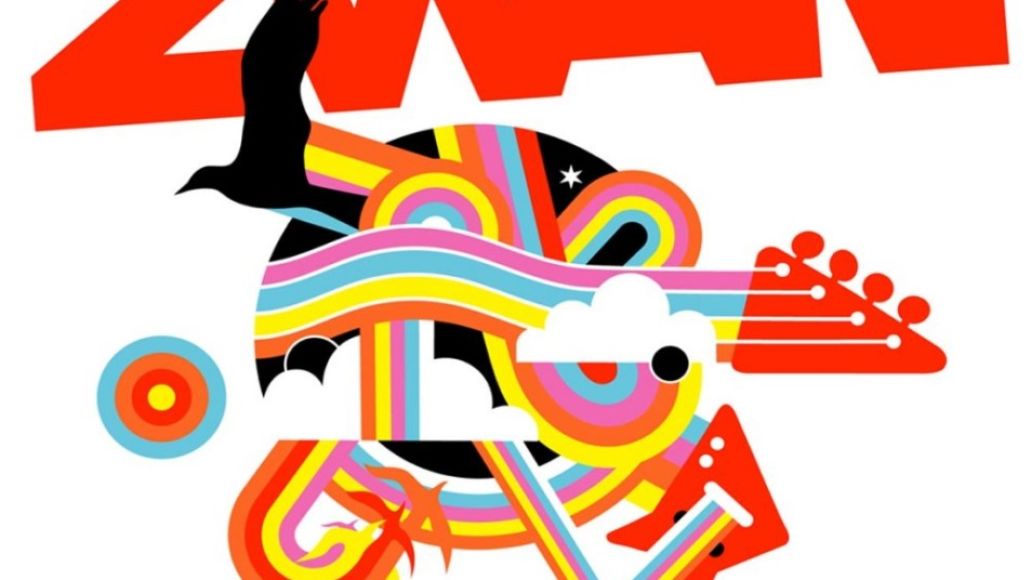 With all the recent hoopla surrounding The Smashing Pumpkins version 2.5, I was going to take a closer look at Adore, the lone Jimmy-Chamberlain-less album of the band’s discography. The album was a departure from their previous work, determined not to rely on Chamberlin’s unparalleled drumming, and focus on a much more electronic sound.

I changed my mind.

Before the most recent Pumpkins album, Zeitgeist (as well as Corgan’s solo effort, The Future Embrace), Billy Corgan and Chamberlin were key members in another band featuring a female bass guitarist (Paz Lenchantin), an Asian-American guitarist (David Pajo), and Matt Sweeney. The band was Zwan, and their one album was Mary Star of the Sea. Ten years have passed since the album’s release in early 2003, and yet it’s still the best album Corgan has released in some 15 odd years.

Mary Star of the Sea provides a stark contrast to not only the Pumpkins music that came before it, but Corgan’s ideology. Before Zwan’s formation, Corgan had developed into a frontman with a penchant for Cenobite fashion, calling out those with a “fickle fascination of an everlasting God” and proclaiming “God is empty just like me.” Within the first thirty seconds of Mary, Corgan says “Here comes my faith to carry me”. It’s a new man, who seems to have found something he didn’t have before. By the time the gorgeous harmonies kick in with Lenchantin, we are in the midst of a very different band from The Smashing Pumpkins, but it’s okay.

After wanting us to “never lose that feeling” in “Settle Down”, Corgan continues his self-exploration with “Declarations of Faith”:

This boy you chance, this man you’ll find

Will dry the tears behind your eyes

So stop laughing and play the muse

This heartache rots that which spills

From my heart into your will

So give in to the rivers wind

After declaring himself of faith, he questions whether “maybe we were born to love each other” and wants the girl to “kiss me alone.” This is Corgan’s summer album, and he’s not afraid to show it. While this scenario works with the first few songs, it goes into overkill later on. But before we enter the negative aspects of the album, the overwhelming positivism continues with the sunny “Honesty”. If you desire to compare the musical aspect of the song to a Pumpkins song, it’s a cousin to “Today”. Lyrically, Corgan continues to play the role of the excited lover:

‘Cause when I think of you as mine

And allow myself with time

To lead into the life we want

I feel love, yes, honestly
There’s no place that I could be without you

It was the band’s first single, and accompanied with an equally sunny video (excising the indoor band shots). It may not be the best track on the album, but it’s hard to argue its merits as a lead single. It does what a lead single should do: represent the album. Lenchantin continues her terrific harmony with Corgan on this track, and you wonder what might have been if the band lived on.
After the song “El Sol” continues on with the summer theme, we are given the first acoustic track of the album, “Of a Broken Heart”. He wants to make it work, he offers himself to her. Other musicians may have given into the melodramatic, but Corgan avoids it here. And don’t let the title and pace of the song fool you, it’s not a complete downer:

The heart of a child

Is in your hands now

So let’s see you smile

‘Cause I’m not impressed with your loneliness

And it’s been a while

Since you forgave all your changes made

So let’s count the miles together

”Ride a Black Swan” is the perfect choice to follow “Of a Broken Heart”. After the acoustic number ends, an electric guitar is there to greet us, followed by the fade-in of Chamberlin’s percussion. “As the world goes ‘round with our love”, Corgan continues his self-discovery:

A white horse picks my dreams up

To take my hopes to God

My prayers have nestled brightly

To dim my sense of awe

I want you to be someone I can’t deny

I want you to be something I realize

The album has passed the halfway point, and every song’s a winner. Unfortunately, the same cannot be said for a sub par second half. Songs become lazy and interchangeable, starting with “Heartsong” (“I use the same words/To say the same things”), then “Endless Summer” (“Let me go, wasting time/Let me go waste my time”), next “Baby Let’s Rock!” (“Baby, let’s rock/Let’s rock/Let’s rock/Let’s rock/Let’s rock”), and rounding out the rough patch of the album is the second consecutive song to end with an exclamation point, “Yeah!” (“Yeah/Yeah/Yeah”).

Despite this bump in the road, the album finishes strong. Returning to the acoustic composition style of “Of a Broken Heart” comes the song “Desire”, not to be confused with this song or this song. It’s a decidedly darker song after all that had come before, with some cries for help:

The lost prayers of my soul

Of death and titans

We were meant to be free

The somber tone of “Desire” transitions into the epic track, “Jesus, I/Mary Star of the Sea”. At a length of fourteen minutes, this is Corgan at his most bombastic (and great). The first half is Corgan reciting a church hymn, with the same notes being repeated over and over again on a distant guitar. In another context, this would be pleasant, but here it’s ominous and creepy (think the interlude in Pink Floyd’s “Sheep”):

Man may trouble to distress me

To drive my heart to the cross

Yeah, man may trouble to distress me

To drive this heart to the cross
I’m resolute, reviled, forsaken

The album concludes in the same upbeat fashion it began with. “Come With Me” is a simple song. Lyrically it’s in the same ballpark as the lesser tracks of the album, but feels at home as the final track. The song is simply in the title.

Despite its flaws, Mary Star of the Sea is still better than the Pumpkin albums Adore, MACHINAs’ I and II, Zeitgeist, and Corgan’s lone (official) solo effort, The Future Embrace (for whatever all those albums are worth). Don’t get this writer wrong. I like Adore, but not as much as this one and only album by the band Zwan.

The soap opera surrounding the band’s demise is just as dramatic as the initial break-up of The Smashing Pumpkins. If you’re into that kind of soap opera, you can get a taste of it at Corgan’s blog from 2004. A lot of people take pleasure in taking shots at Billy Corgan, especially after the latest Pumpkins tour, but the man can write a song. After the dissolving of Zwan, Corgan confessed to being unable to listen to any songs from the band due to the sour taste left in his mouth. But, Billy, if you read this, give it another shot. I think you’ll enjoy it. Honestly.

Dusting Em Off: Zwan  Mary Star of the Sea