Within the past few months, I have slowly but surely removed myself from the genre of “progressive rock.” Why? Well it’s simple, really. I have learned that the genre, in shortest and most bitter terms, leads you to nothing. It’s like a dog chasing its tail, or an idiot joining in on some limbo game at a neighborhood party. You’re moving, but for no reason — a journey to nowhere, if you will. With this ideology, I have thrown myself in the comfort zone known as, “simplicity.” It’s been rather euphoric lately, listening to the likes of MGMT and Death From Above 1979. Hell, I even dusted off an oldie like Dylan’s Blood on the Tracks.

Nonetheless, with name drops aside, I came across a band while at work that definitely caught my ear: Boston’s own Hot Box. It only took one song to hook me in, and once I heard their new album, Four Eyes, I was pleasantly surprised by what I had 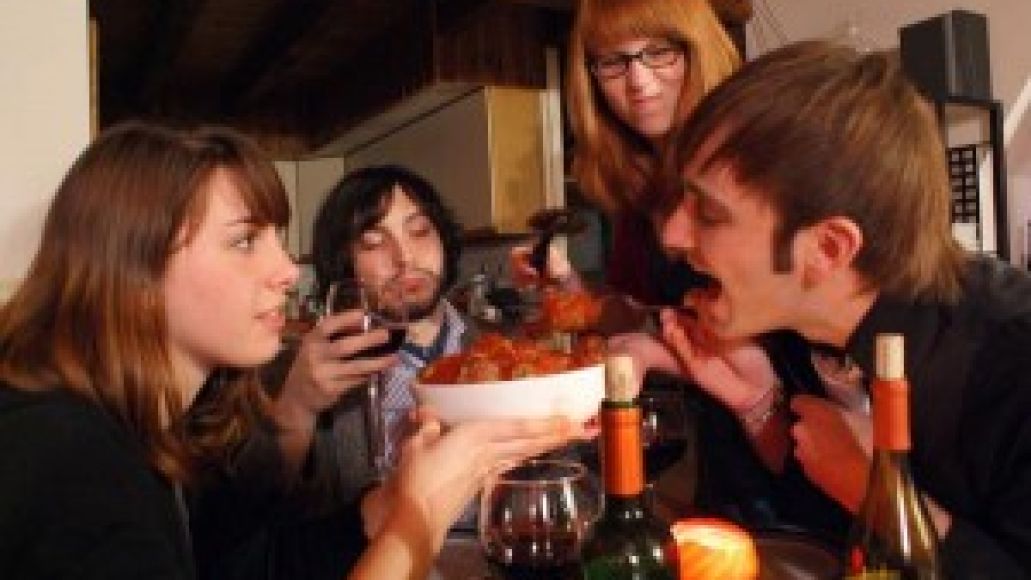 heard. Although their music holds nothing new or mildly interesting enough to say “Oh my god this is better than sliced bread (or honey mustard)!”, it isn’t necessarily recycled trash either, and this is the mother’s milk that Hot Box holds to its listeners.

It might be a hard fact to swallow, but the New England rockers’ debut just might rival that of recent Broken Social Scene material — and without the hype, you just might digest that. This music is simplified and straight to the point yet holds uniform in the most undeveloped ways and I believe that’s what keeps Four Eyes from leaving my iPod rotation. While some tunes may come off as mellow dramatic (“Chainsmokers” or “A1”), the schizophrenia within their composition — the catastrophe of drum rolls, broken guitars, and sloppy bass lines — is without a doubt addicting.

If you want to go back to the basics without digging through your record collection, give Hot Box a good listen and indulge yourself into some fine tunes. Again, this music will be something you’ve heard but it’ll give you that “fix” for fundamentals. It also beats finding that “original” song amongst artists you’ve listened to over a thousand times.