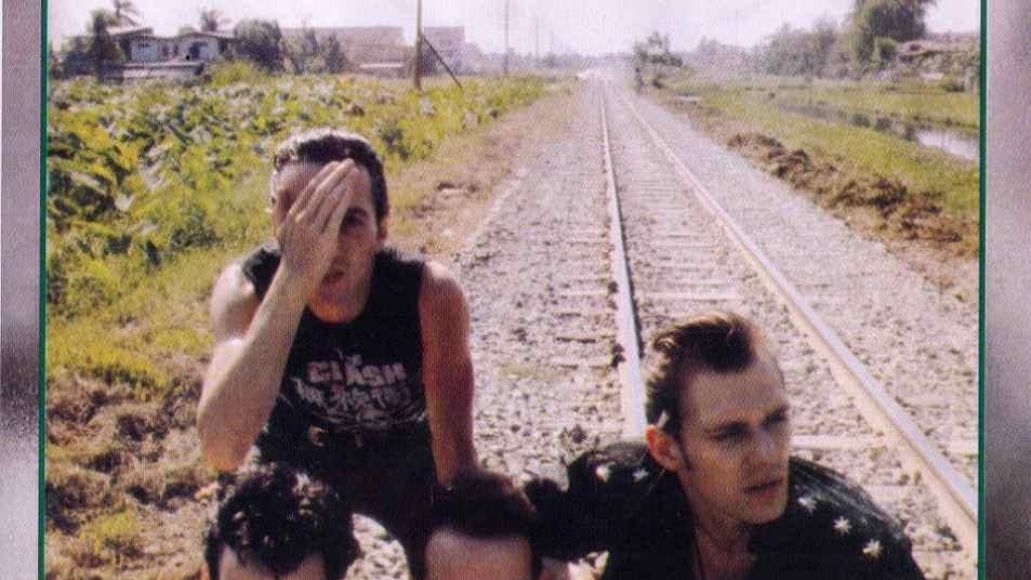 It’s a Friday night in the Loop, smack-dab in the last gasp of summer. The El station, all but deserted but for a few midnight commuters, throbs with the tidal hum of faraway trains and the mumblings of the homeless–as close as you get to cicadas downtown.

And then suddenly, breaking the humid silence, comes the sharp, alarming report of boot heels against stone floors. These three musclebound guys, squeezed into white tees and jackboots with funny little red berets,  step off the escalator and start pacing around the El stop, looking like some kind of bizarre Masonic Nazi paramilitaries. Everybody gets nervous–who are these guys? “The Guardian Angels?” “Safety Patrol?” Their shirts aren’t really making this any less confusing.

Everybody fingers their keys, watching the train lights pull into the station. We slide into tattered blue seats, moist with somebody else’s back-sweat. The Safety Patrol just stand, looking slightly sinister. The El car just drips. The red berets ride the train for one stop and then transfer. Everybody puts away their keys. Me, the lady across from me, the homeless guy, Paul Simonon. 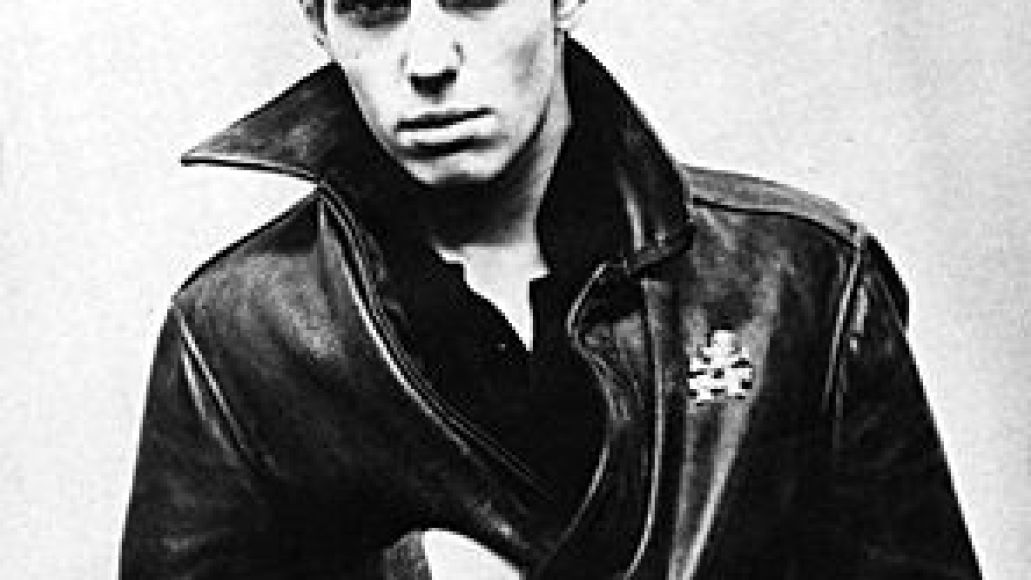 Paul Simonon? The bass player from The Clash?

Well, in another time and place, yeah. Go back to 1982. The Clash, less one drummer Topper Headon, are piecing together Combat Rock, although at this point, the working title is Rat Patrol From Fort Bragg, and it’s another sweeping double LP in the vein of London Calling or Sandinista! It’s going to be their last good album. Mick Jones, Joe Strummer, Simonon, and a laundry list of producers and musical guests are playing a complicated game of musical chairs in the studio, always managing to never be there together, writing future hits like “Should I Stay Or Should I Go?” and “Rock the Casbah” by piecework.

Simonon, who’s no mean songwriter himself (just replay “The Guns of Brixton” if you’ve forgotten), is cooking up a dubby bass part and some tight one-drop drumming–but he needs some lyrics. He’s probably thinking about vigilante justice in America. He might even be watching Taxi Driver. An American newspaper is laying on the mixing desk–a member of an American community watch patrol has been shot to death by a cop in Newark, NJ. His name is Frank Melvin. And he’s a member of the Guardian Angels’ Saftey Patrol, a private volunteer crime patrol organization based out of New York City.

Sinomon puts away the paper. Kosmo Vinyl, The Clash’s erstwhile manager is probably somewhere off in the studio dicking around, doing Robert DeNiro impressions–and then it crystallizes…”tonight it’s raining on the city/who could have prophesized these people/only Travis”.  Travis, of course, is Travis Bickle–the titular taxi driver of Martin Scorscese’s 1976 movie, and the personification of mohawk-sporting, .45-wielding vigilante justice. Interlacing a tribute to the New York City community taking care of itself when “not even five enforcement agencies can save their own” with Vinyl’s very passable readings of the Taxi Driver script, Simonon stitches together one of the better, if stranger, songs on Combat Rock.

But who are these Guardian Angels? Where did they come from, and what are they all about? Formed in 1979 by NYC native Curtis Sliwa, the non-for-profit citizen’s watch group was originally formed to combat violent crime in the New York subway system, with members being trained in unarmed combat and prepared to make citizen’s arrests. After a great deal of adversity and controversy (not limited to Sliwa making staged arrests on 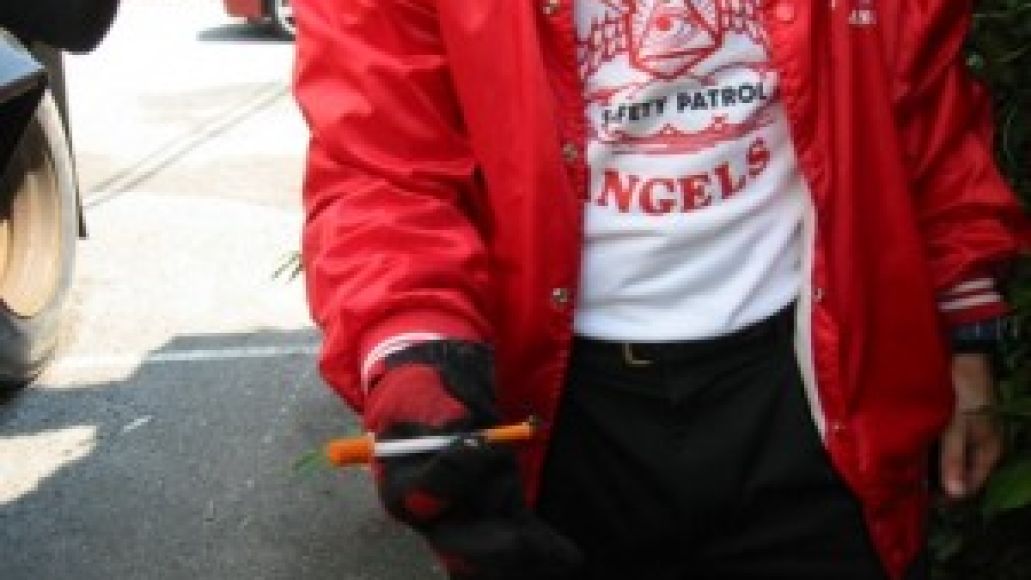 busy subways to drum up publicity for the group), the Guardian Angels have found late-career success in crime education and internet safety education, while still making occasional patrols, which mostly consist of riding the subway in the business district and helping women find taxis.

It’s a far cry from Travis Bickle, that’s for sure. Maybe if Simonon had known the whole story, he might have even scrapped the song. But what fun would that be? Even if “Red Angel Dragnet” is a misguided pean to a vigilante anti-crime organization that didn’t turn out to be quite what it appeared, it’s still got a rock-solid bassline, a couple of lyrical gems, (if a bizarre delivery from Simonon), and Kosmo Vinyl’s priceless “one of these days, I’m gonna get organiz-ized” in the fadeout. And an odd bit of trivia, to boot. So the next time you see an out-of-work UFC fighter in a red beret on the train after midnight, and you maybe want to let him know you appreciate his efforts, feel free. But maybe don’t sing him ”Red Angel Dragnet”. Because if I can’t figure out what half of the lyrics to the song mean, God knows what he’ll think of:

“Hands up for Hollywood, hooray!/ I hear you/Snappy on the air/hang in there/wall to wall/ you saved the world/what else? you saved the girl/Champagne on ice/no stranger to Alcatraz to boot/or strip it down/chop it up a little/just freedom to move, to live/for women to take a walk in the park at midnight/hey, but this is serious/she can’t even get back home!”