Sporting a white hipster tuxedo, Tyson Ritter saunters around the open stage of the Aragon Theater, his red studded Chuck Taylors sparkling under the hundred different stage lights. The lanky-yet-restless frontman smiles at the audience, sweats over the microphone stand, and calls the females in the room “bitches.” At his sides, Mike Kinnerty and Nick Wheeler both laugh behind their guitars, while drummer Chris Gaylor picks at his beard. The crowd waits for the next hit. Instead, Ritter decides to hump the floor. For reasons unknown, thousands of fans still love The All-American Rejects (AAR).

The Rejects are currently on tour supporting their third record, last year’s Billboard-breaking, When the World Comes Down. Some might scoff at the band as of late, but fans still eat up the catchy, incessant pop-rock. “Gives You Hell”, the uber-popular single, continues to plague  modern radio stations nationwide, and the band still shifts albums in the high thousands. Hours before show time, fans loop around around the venue’s warehouse-like exterior and wait anxiously. Teenagers sport faded AAR shirts, parents frown at other teenagers who aren’t theirs and a few twenty-something couples hold hands. There’s actually a paying, demanding crowd — what year is this?

Opener Shiny Toy Guns arrives to bring some carnage. As Jeremy Dawson fiddles with the synthesizer and Mikey Martin kicks the bass drum, 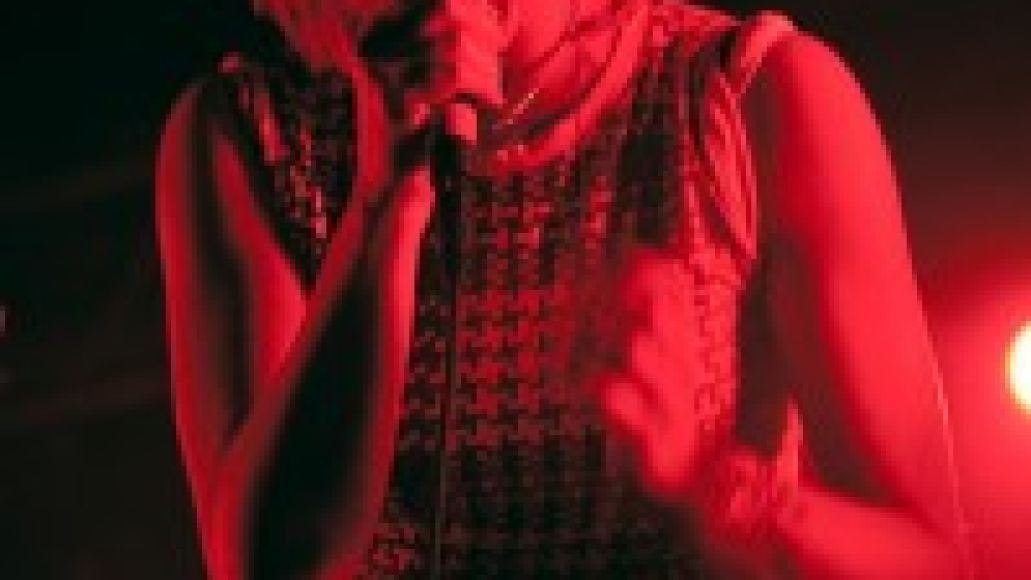 thousands of teenagers dance under the venue’s Spanish-styled architecture and painted, faux night sky. It’s essentially a glorified eighth grade ice cream social. Heat settles in during the bombastic “Le Disko,” especially as vocalist and band gymnast Sisley Treasure, in her best Cyndi Lauper get up, instigates some clapping and jumping from everyone. The chemistry between Treasure and co-vocalist Chad Petree sells this band, especially on more atmospheric, emotional tracks like “Rocketship” and “Don’t Cry Out.” Forty-five minutes passes by and the band nails down hit single, “You Are the One,” quickly vanishing behind the dozen smoke machines that clutter the stage.

The smoke sticks around long enough to mask Ritter & Co., who slink out on stage and  bask under the purple, yellow, and lime green lights that scream of ’80s decadence. Ritter lurches over the mic stand and creepily asks, “Tell me you’re dirty. Say it with me, diiiirty.” A few girls smirk and most parents grit their teeth. It’s all cheesy, but somewhat in good nature considering the bloated genre these boys find themselves in. When he’s done channeling his inner Jim Morrison, Ritter belts out a clumsy, breathless rendition of the CW-approved hit, “Dirty Little Secret.” Nobody notices the hiccups and just about everyone and their mother (no joke) jump around in excitement.

He may be the band’s bassist, but Ritter enjoys being a frontman instead (much like Billie Joe Armstrong on the past tour for American Idiot). When he frolics to and from both sides of the stage, wrapping himself in his endless mic cord and barking demands at his faceless audience, he smiles the big smile and shakes what most girls there paid to see. This offers some hilarious moments. For instance, who ever pictured Ritter gyrating up and down in sexually suggestive positions while listening to emo drivers “Real World” and “My Paper Heart”? Well, they do now. 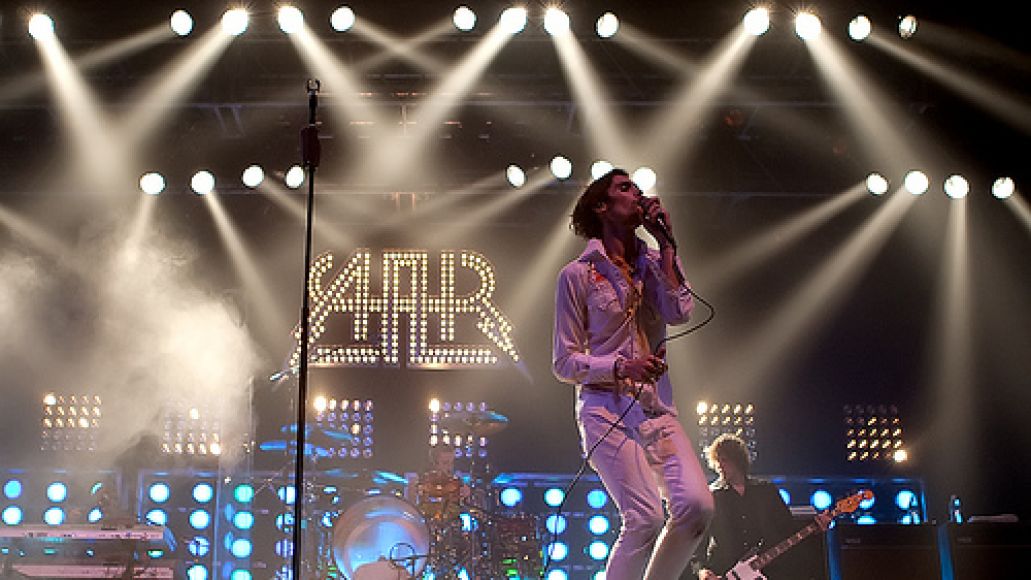 As the mid-size hits unfold (“It Ends Tonight”, “Top of the World”), the band inches toward the finish line as their catalog runs out. It’s only been an hour, but the goods have already been covered (“Swing, Swing”, “Move Along”). Naturally, the band settles the encore business, leaving and returning to play the obligatory hit, “Gives You Hell.” This doesn’t close the show, but for most of the crowd it does, and many fans start clearing out shortly after, leaving only a scant audience to enjoy an acoustic rendition of “The Last Song.” It’s unfortunate, but let’s be real here, this isn’t the type of crowd to demand rarities or b-sides, or even care about them. They want the hits, they heard the hits, and they don’t need anything else. They only demand one thing now: home.

That’s where the CTA comes in. 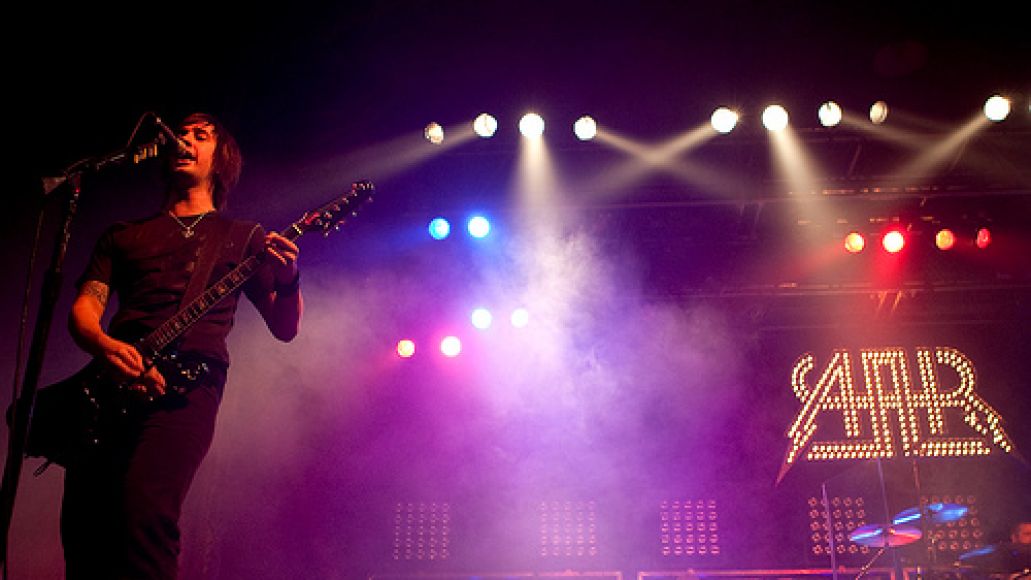 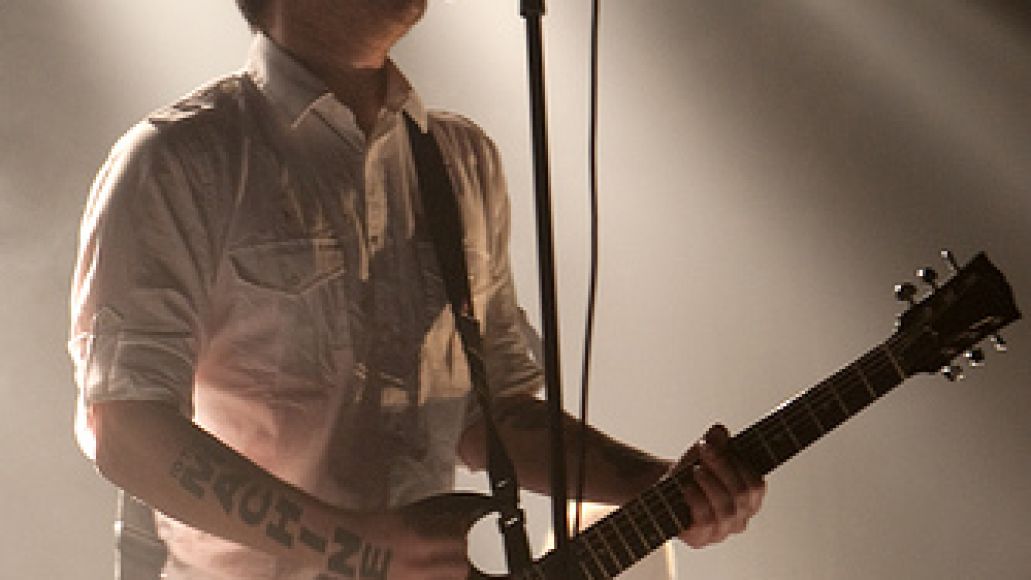 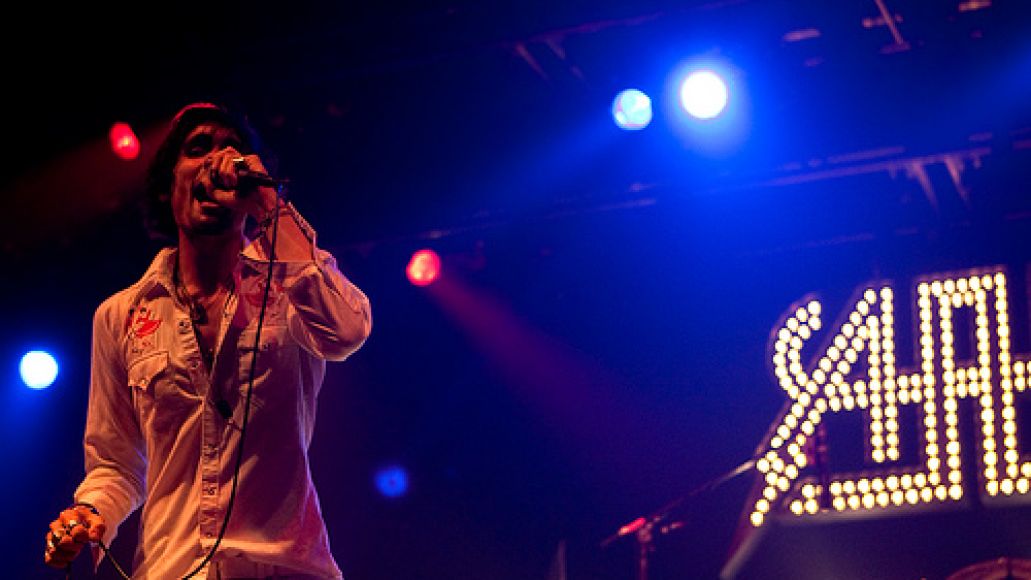 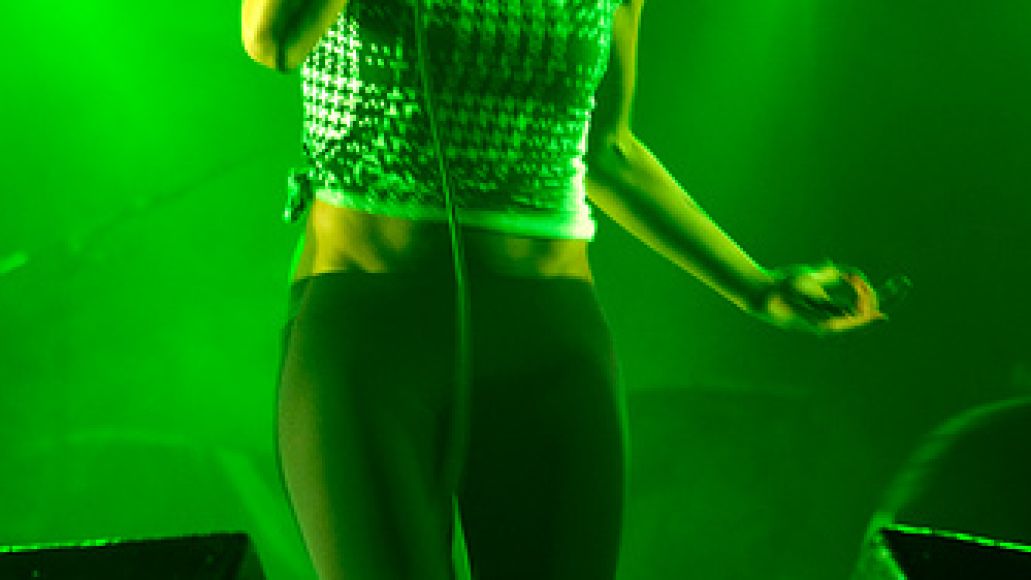 The All-American Rejects, Shiny Toy Guns flirt about at the Aragon (4/15)