If you’ve ever lived in a small town before, then you know just how hard it is to catch a decent band when they come even remotely near your neighborhood. In fact, it almost never happens. So when the Australian dance punk/industrial duo The Presets decided to make a pit stop in Gainesville, Florida on Sunday my nerves went jingly jangly for a second.

Since their inception back in 2003, the two words “Presets” and “rave” have always seemed to go hand in hand. And honestly, between the image they’ve created for themselves with groovy album art, hypnotic techno dance beats and trippy music videos, you’d think that wouldn’t be too much of a task for these electro junkies to uphold. Unfortunately though, and this is most certainly due to the venue itself, The Presets failed to create anything remotely near a drug-induced crazy dance fest as expected. 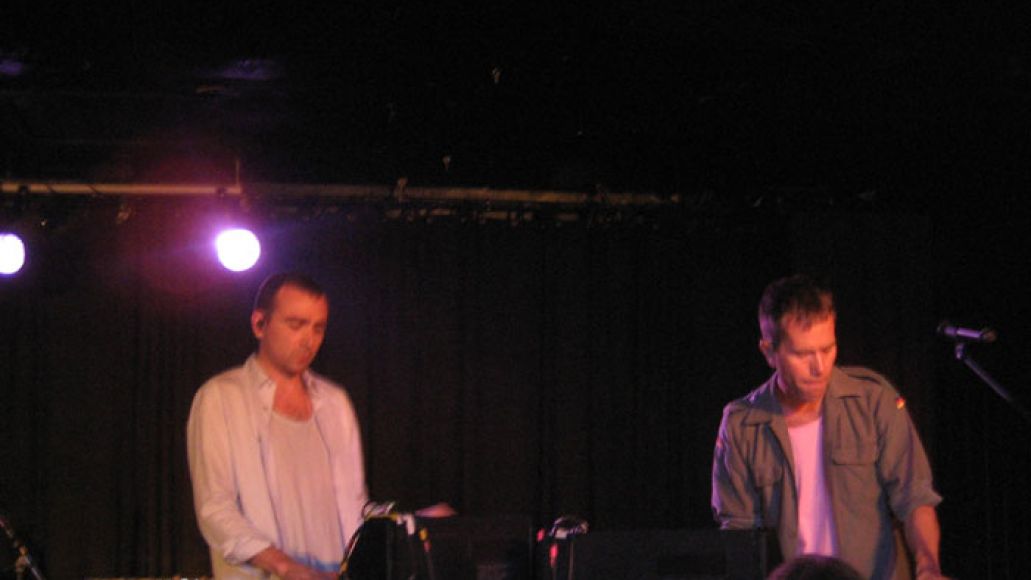 Plain and simple The Common Grounds is a small, grungy venue with shitty acoustics, and some tacky lighting. And the crowd it drew that night wasn’t much fun either, since it was mostly packed with those silly indie rockers who like to keep to their own individual dance spaces. To be quite honest, the crowd sort of confused the band at first because when they got up on stage there was an awkward shuffle between us and them during the first few songs, which invoked a subdued reaction from the crowd; the equivalent of an unenthusiastic “yeah.”

Venue aside, The Presets put on a good show considering what they had to work with and by the end of the night our little hearts were a-pounding from all the intense wigglin’ we’d been up to. And when their time came, the two Aussie boys got on stage dressed to impress, with their skinny jeans and nice button down tees and started off the night with the electro mash-up “Talk Like That”.

It was clear from the beginning that The Presets weren’t much for theatrics, seeing as how the stage was extremely simplistic. Decorated with only a drum set and a few synthesizers, the stage was almost barren with its one purple light at center stage. A bit shocking for a Presets show, don’t you think? 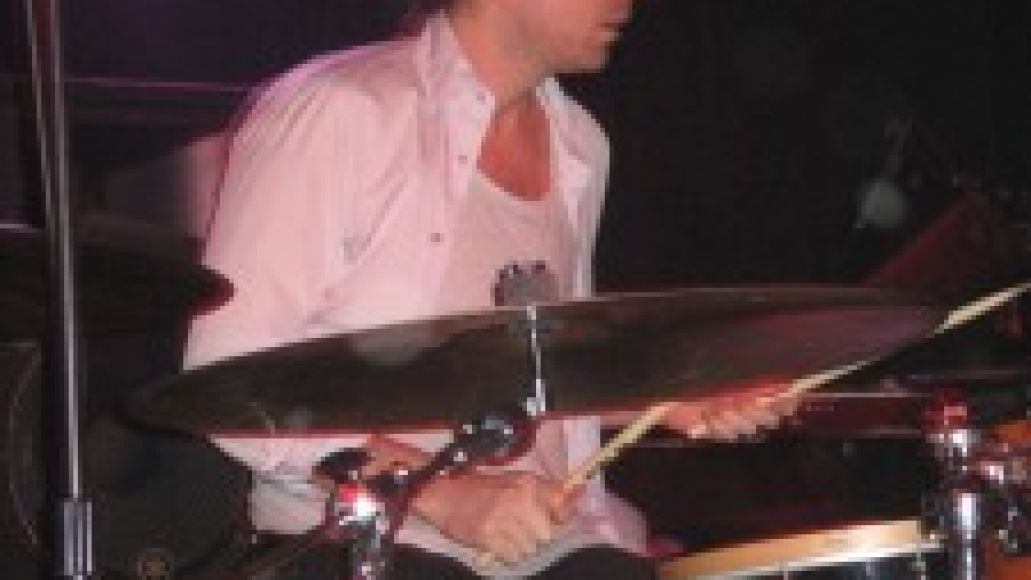 After a few dance packed tunes, things got slowed down a bit with the abstract science-fiction like number “Aeons”; where they broke out into this extremely awkward syth-jam towards the end that left us confused and kind of a little bored. Later on, we got the tantalizing “If I Know You” and then a blast from the past with “Are You The One?”. Oddly enough, at this point the entire audience had completely gotten over the shoddy quality of the sound and was just having a good time. Honestly, it’s hard to describe exactly how that happened, but it was as if something rushed over the crowd and forced everyone to get on their feet and jump around.

Then, almost immediately after we started having a ball, the band announced that “My People” would be their last song! But we couldn’t have any of that nonsense, so after a few minutes of screaming and chanting we convinced them to get back on stage and play a couple more tunes to help satisfy our needs.

Wrapping up almost right after an hour of playing, The Presets closed with the classic “I Go Hard, I Go Home” which tingled slowly through our spines. I’m not sure any one was ready to leave, but with it being a Sunday and all it seemed halfway reasonable that folks wanted to close up early.

All in all, the concert was ridiculously short, but super fun albeit the shoddy acoustics and extreme absence of any essential rave components. So, if you were planning to catch these dudes on their tour this year, by all means go ahead. Just tread lightly, because you might not get what you were expecting, regardless of how much fun you have by the end of the night.

Set List:
Talk Like That
Yippyo-ay
Eucalyptus
A New Sky
Aeons
If I Know You
Are You The One?
Together
Kicking and Screaming
This Boy’s in Love
My People
Encore:
Anywhere
I Go Hard, I Go Home 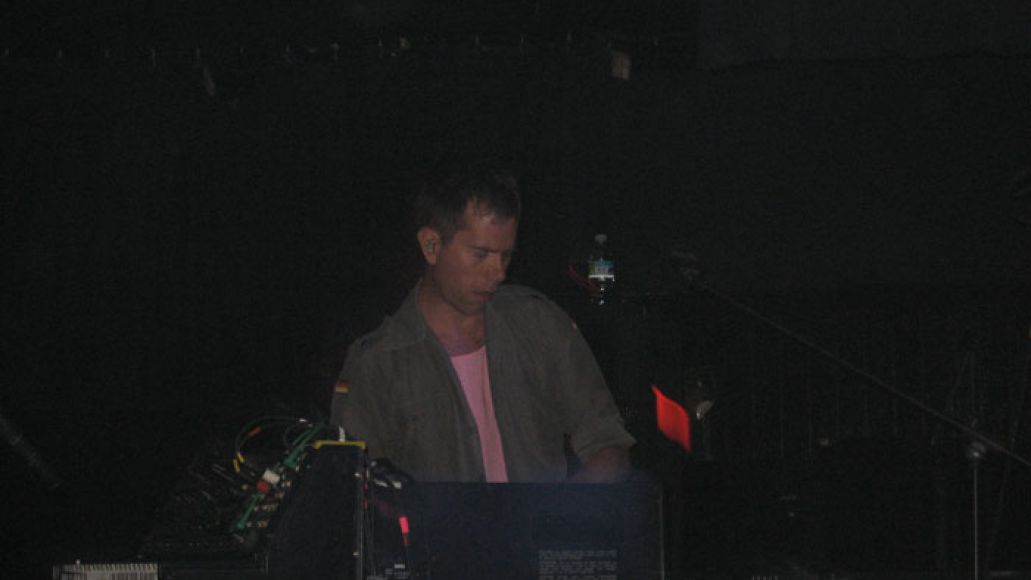 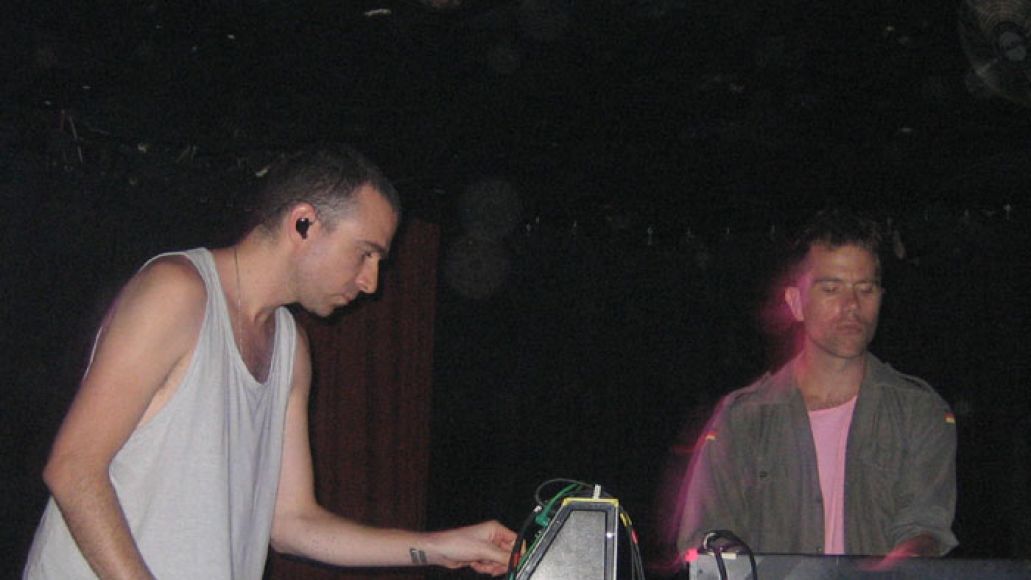 The Presets touch down in Gainesville (3/29)