Going into last night’s gig, I knew I was in for some unusual stuff. The first time I heard Wolf Eyes, the video began with “Yo man, we got one more jam and then we’re gonna go to the fuckin’ jail, the fuckin’ county jail or some shit” before an assault of feedback, screaming and bass nearly blew me away from my desk. Black Dice typically aren’t as abrasive, but they certainly know how to bring the weird. And I’d never heard of Ape Technology.

But, soon after I got to Chicago’s Empty Bottle, I realized this was going to be even weirder than I could have imagined. The Ape Technology gear that sat on the floor was more a collection of geometric shapes than identifiable instruments. On one side stood an upturned green cone with a large white orb at its tip. The set also included a four foot wide, five foot long, white tube and a strange pillar.

After a short wait, the lights went out and things became truly bizarre. I noticed a strange, bearded man open up what looked like a remote control for a toy car. The other musician sat behind the tube at a table of electronics, which released a barrage of howling sirens and shuddering sub-bass. Then, suddenly, the cone 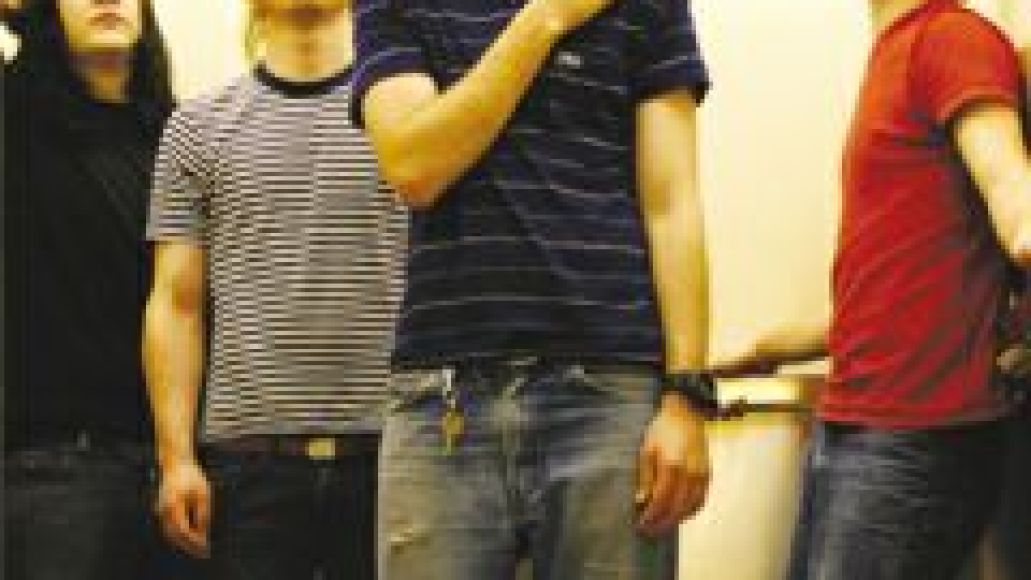 started rolling around and the orb started flashing. The thing would creep towards particular parts of the audience, flash like 10 flashbulbs in their faces, then roll away, all while the dense, droning electronics pulsed through the room.

The sirens soon melted away, replaced by an odd, doom-bringing, ultra-pitch-shifted bass voice repeating a sentence or two that sounded like they could have been from a movie trailer. The voice was punctuated by thundering, ultra-bass thuds. The tube was used as a sort of extra-large drum, Blue Man Group style.

Throughout all of this, the cone teetered around the room, blaring light and bumping into people. It was like a strange episode of The Twilight Zone, except no one was over-acting (well, maybe a few of the hipsters trying really hard to be so hip).

Wolf Eyes came out next and seemed kind of conventional, at least in performance style, after the psychosis that was Ape Technology. The trio worked through their set without much banter or time wasted at all, instead relying on two long-form pieces. The first sounded a lot like Jack Kerouac’s journey into hell. Instead of traditional jazz instruments, the band used screeching feedback, crunching, distorted drum samples and saxophone. That’s right, John Olson, besides laying down disgusting layers of filthy noise also brought a soprano saxophone, a flute and a strange, certainly homemade wind instrument (a long, thin y-shaped piece of tubing) along for the ride.

The second piece employed a long, droning, two note flute sample, which the group then screamed, crunched and pounded on top of.  Nate Young howled a strange spoken word/scream that, again, felt like a strange, demonic jazz session. Bassist Mike Connelly (also of Hair Police) head-banged along with the arrhythmic lunacy like any good metal bassist would.

After the Wolf Eyes pummeling, the crowd surged to the front, ready for the rhythm-happy noise lunacy that is the Black Dice. Much like the other two acts, the Brooklynites didn’t want to leave anyone room to breathe, instead favoring one constantly flowing, interweaving piece. It was hard to identify particular “songs” from their albums, but that didn’t stop some of the crowd from bouncing along like they knew what they were doing. 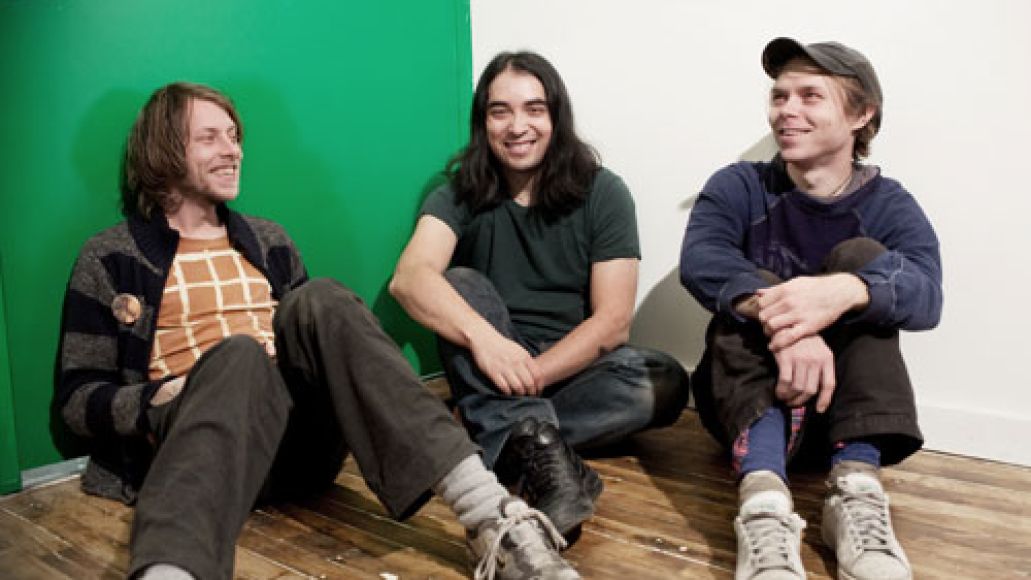 Early in the set, Eric Copeland triggered a drum and honking saxophone  sample that signaled the beginning of “Ultra Vomit Craze” from this year’s excellent Repo. Eric’s brother Bjorn plucked at a guitar with one hand, fiddling with knobs and electronics with the other. On the other end of the stage, Aaron Warren swung, sidestepped and bounced with the mic in his hand, looking like an over-caffeinated Biz Markie, though the sounds coming out of the exercise were extremely altered and nearly unrecognizable as a human voice.

After a while, it was clear that a good portion of the crowd had lost the energy to keep up with the constantly changing noise barrage that Black Dice were throwing out, but the opening squeals of “Kokomo” got everyone back into the mood. The song wasn’t quite as cogent as the album recording (which is saying something), but the chopped, extended version, full of sudden drops in intensity and explosions of sound may have been even better.

All in all, I never expected that Wolf Eyes and Black Dice could be shown up in the weirdness category, but it happened. The lunacy was still there in droves and the crowd ate it up. But it was really the technical skill, knowledge of pacing and patience to let drones work their way together that proved why the two bands have been as successful and long-running as they’ve been.