Berlin Babylon is a difficult film to track down, and it isn’t for want of quality. On the contrary, Berlin Babylon is the sort of film you spend time telling your friends about, both because a) the images and slow tracking shots won’t shake from your head and b) there’s a solid chance that your friends won’t get around to seeing it because of a plain and simple lack of availability. I first went looking for Berlin Babylon because I wanted a soundtrack to sink my teeth into. I’ve overplayed my soundtrack to There Will Be Blood, and I’m still waiting to hear Nick Cave’s score for The Road. With time on my side, I searched fruitlessly. After somehow inadvertently finding out that experimental sonic gods Einsturzende Neubauten had scored a movie about architecture and Berlin, I needed to hear the soundtrack. But no, no, no, dear reader, I wouldn’t be satisfied with a pile of mp3s. I had to listen to the damn thing, in context, just to see how the pieces fit together, with the movie, as it was meant to be, as a background (or foreground) to people and shots and whatever the movie would show of Berlin.

I had given up. Tried to find it through the library, video sites, for sale anywhere and nothing. I gave up for good, and then, deciding to walk off my own self-pity and stupid anger, I walked into a little indie-ish video shop in my town of Chicago, and there was Berlin Babylon sitting on display. I gushed a little to the clerk, didn’t even try to hide my surprise, and rented the thing.

Berlin Babylon fits perfectly into a talk about Cinema Sounds — the film is noisy. It surprises me that the reviews I’ve seen (i.e. 1 & 2) on the film fail to mention that. It is clear that the director, Hubert Siegert, wanted the filmgoer-soundtrackgoer as close to the building process as possible. Berlin Babylon is a film about building a large-scale planned community overtop of the area where the old Berlin wall used to stand. When the wall fell, land between the former West and East halves of Germany opened up. In a city that had been jam-packed full of buildings and other structures since the 19th century, this was news. Somehow director Hubertus Sieger knew that this building process would make good film copy. And specifically, he must have intuited that a) the architects would want to talk and b) the move to build on the wall site would be historically important, very German, and controversial. 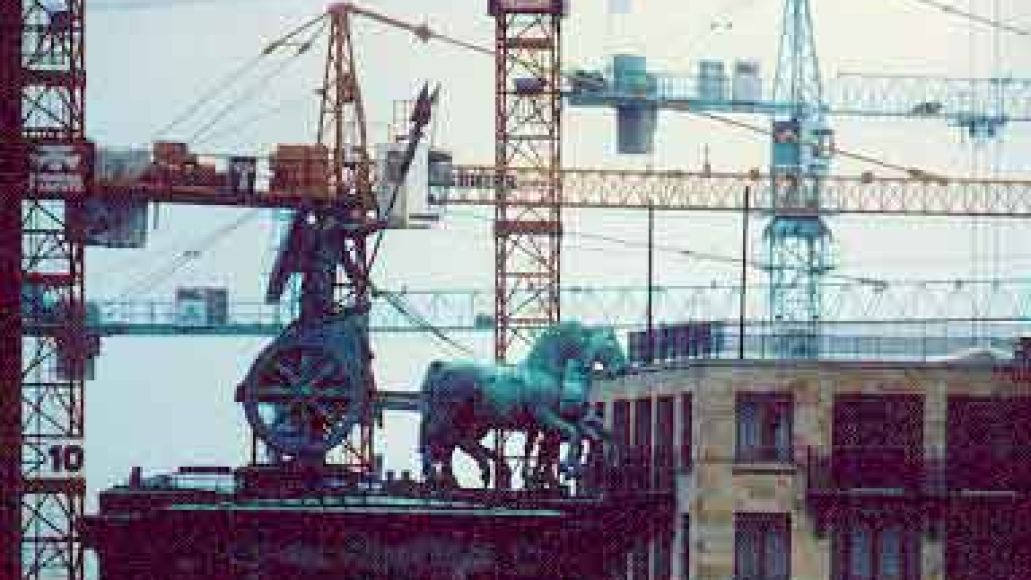 While other critics (and everyone is one) have mentioned that the film seems “cool” and “removed,” I don’t get that. Siegert and his crew bring the filmgoer straight to the nuts, bolts, and nails of the project. There are the teams of architects, who become the fleshed-out main players of the film, the constant workers and their noisiness, and lastly and most centrally, the city and its buildings, which achieve their own personality through the shots and duration of the movie.

Sounds. We’re here for sounds. In an artful, musically scored documentary you expect music and talking to go along with the non-fiction. You might expect to hear Brahms and Beethoven played over images of before-the-war, before-the-wall buildings, and old black and white movies where people dynamite beautiful old buildings standing in the way of progress, but the rest of the film is noise.

And it’s the rest of the music, the symphonic, beautiful Brahms and co. that you’re going to want to filter out. Because the noise is the poetry here. After Einsturzende’s quasi-overture opening music (that plays over the film’s first aerial shots), the real noise starts. Siegert starts shooting the physical building process. Siegert and what sounds like ten thousand condenser microphones pick up the workers’ hammering noises. Consecutive unmetered hammer hits, sounding like heavy hail hitting 2x4s bridges into the sounds of Einsturzende Neubauten’s slightly more melodic music made from steel pipes (tempered and arranged like orchestral chimes) and percussion instruments made from building-site metals, wood, truck wheel wells (which bring out a deeper, sharper, and more complex, steel-drum sort of sound), and other junkyard materials.

While at first Einsturzende’s music sounds like palatable industrial (in the true sense of the the word) cacophony, the construction workers’ banging develops into Einsturzende Neubauten’s own banging, which is more acoustically and elegantly tuned for the ears before coming to real music, with N.U. Unruh’s melodically solid basslines, and gasp, Blixa Bargeld’s smooth low singing with words. 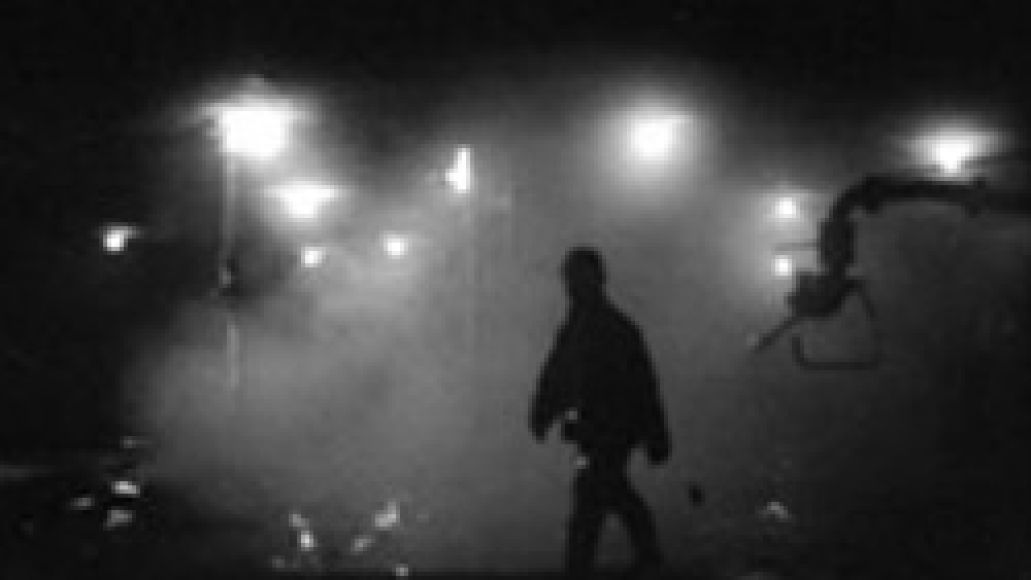 Berlin Babylon is not all clanging and industrial sounds, or even true album-worthy Einsturzende Neubaten music. Frontman Blixa Bargeld and the rest of E.N. do write some documentary soundtrack music for the film. Light Kraftwerkian sort of fare plays over aerial shots of the highway. Sweeping shots of buildings are accompanied by light, neither here nor there instrumentals. I’m forgetting how to describe how this bit of scoring sounds, simply because it is meant to be background music to the shots. Siegert takes his camera and half-walks you, half-flies you through the Berlin’s streets. They are nearly empty in the morning shots, and the camera even walks you through the open door of an older, abandoned building, takes you up the stairs, and has you look up at the teardrop-shaped (think Guggenheim’s ceiling) arrangement of staircases, while barely there music plays on.

Siegert likes filming the project’s architects talking, most notably I.M. Pei (builder of the Louvre’s glass pyramid), and he likes filming the finished buildings of Berlin themselves, sans people, but somehow, I think he likes filming the process of crumbling, tearing down, and building best. Minutes and minutes of fluid footage of documentary-like conversation and planning talk or cityscape shooting always seems to come back to the noise of the workers’ jackhammers, cement pouring, and loud truck white noise. Just as central  to Siegert’s filming of the actual noise of the workers’ progress on the process (the hammer and nails of the project) seems to be Einsturzende Neubauten’s score. The half-junkyard sounds and artfully planned out arrangements of Einsturzende’s filmscore writings fit in perfectly with the whole of Berlin Babylon.  Who better than an industrial material-focused, formerly West German, German experimental band, whose name translates to “exploding new buildings,” to write the soundtrack for a documentary focused on the building project for the ex-Berlin Wall site? Genius, Hubertus Sieger, or whoever helped you along with choosing Einsturzende Neubauten.