A little bit of country and a little bit of rock ‘n’ roll. It may be a little cliché, but it’s the best way to describe Enterprise, Alabama’s own hot summer hoedown, the BamaJam Music Arts Festival. This year’s lineup kept true to its name, a mix between the country and the rock, between the “Bama” and the “Jam,” with 36 acts performing on four stages over three days. Admittedly the likes of Kid Rock, Brooks and Dunn, and Alan Jackson don’t land on the typical festival goers’ radar, but with festival friendly acts The Black Crowes, Umphrey’s McGee, and Robert Randolph on board, BamaJam’s becoming as much an appetizer for Bonnaroo as it is a second course for Talladega.

I’m familiar with music festivals. I’ve been to Lollapalooza, Rock the Bells, and I’ve only missed one Bonnaroo. I may not be an expert, but I know a thing or two. That being said, I had absolutely no idea what to expect by attending Southern Alabama’s popular music fiesta. After all, the area isn’t exactly known as a hotbed for culture and arts.

What I found was two different festivals, only under one banner. The three-day festival averaged around 80,000 attendees every day, but roughly 95% of the crowd was there only for the country music. It wasn’t uncommon to see thousands of attendees parked in front of the country stage all day, sometimes as far back as 300 yards from the actual performers.

Surprisingly, the alternative stage that showcased festival staples hardly drew a crowd for most of the weekend. Only around 200 folks stood around to watch Grace Potter and the Nocturnals, Galactic, Umphrey’s McGee, G Love and Special Sauce and Robert Randolph and the Family Band. In fact, the only rock or jam band to draw a crowd were The Black Crowes, who closed out things on Friday night, and managed to snag some 1,000 plus fans or attendees. It’s an unreal situation, really. The same bands that will drive a few thousand people crazy at next week’s Bonnaroo were playing to small, intimate crowds all weekend long.  However, this had some advantages, as artists like G Love or Grace Potter felt comfortable amongst the smaller audiences to walk among them and check out other shows.

Before they enjoyed themselves, however, Grace Potter and the Nocturnals kicked off the weekend with a stellar set. Going in I’d heard of the band, and tried to listen to some of their studio albums, but I was never really feeling it. But this is a band you have to see live to fully appreciate. Their show is incredible. Under the unforgiving sun, they carried themselves with much more poise and control than would be expected from a young group. Their formal attire, which looked outfitted for a 70’s prom, kept things quirky as they poured through the nine song set, most of which found Grace Potter behind an organ. The Nocturnals set ended with “Nothing But the Water”, a song that begins with an a cappella introduction by Potter.  The singer doesn’t have to carry the band by herself, her band mates are good, but her voice and her presence are both strong enough to do so. 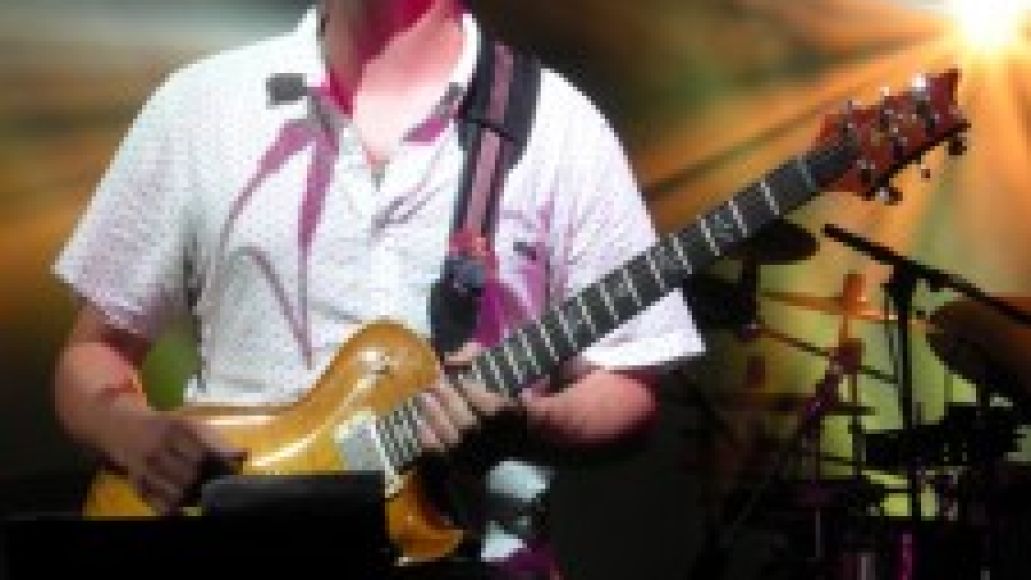 Galactic closed out Thursday’s schedule, performing their New Orleans blend of jazz and jam. The highlight of their set was a cover of Led Zeppelin’s “Whole Lotta Love” which featured Grace Potter on vocals. In a similar manner Umphrey’s McGee closed out the alternative stage on Saturday night. Playing during Brooks and Dunn, and right before Kid Rock, Umphrey’s crowd was the first of the weekend to contain almost no mixture of country music fans. Their set list included few breaks and several transitions moving through the songs “Red Tape”, “Thin Air”, “Cemetery Walk I &II”, and finished with an encore of “1348”.

Both sides of the festival tipped the hat to one another all weekend long. Country artist Jason Alden covered Tom Petty’s “Won’t Back Down”, John Anderson brought out George Jones, and Robert Randolph mixed in some lines of Nitty Gritty Dirt Band’s “You and Me Go Fishin’ in the Dark”. Taylor Swift‘s set sounded more like pop than country and was theatrical in a way that Kanye West would admire, involving seven other band members and dancers, six wardrobe changes, and stage rain that Swift ended the show rocking out in. But even with all of the theatrics, Swift’s music connected with people in a way that allowed it to stand alone.  She had all of the theatrics, but she didn’t really need them. In fact, the crowd screamed the loudest and appeared most involved when she walked out alone. 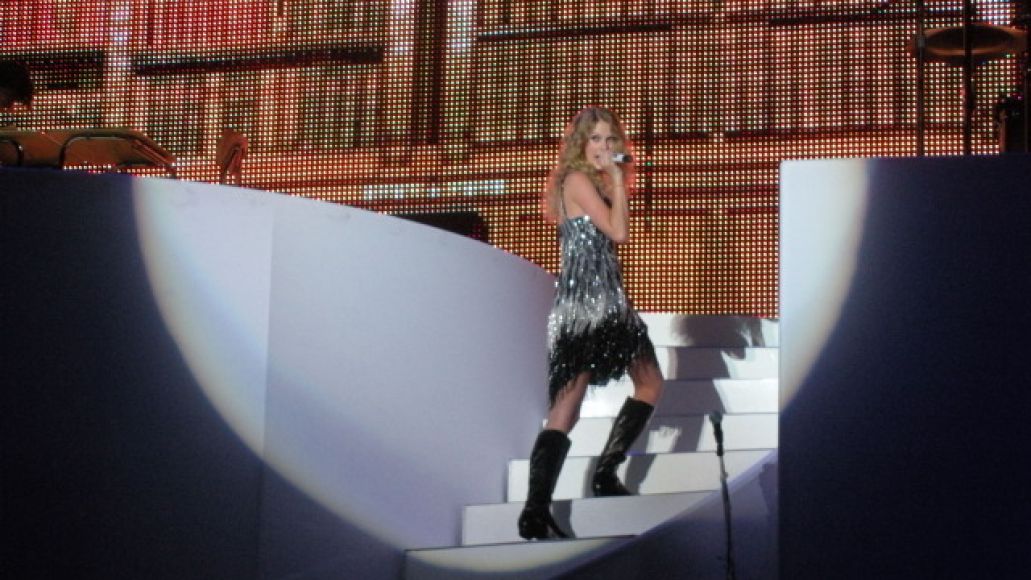 Rap-rock turned country musician Kid Rock brought the festival to a finish. Rock opened to the sound of 50,000 screaming fans with the title track from his newest album Rock N Roll Jesus. The new country star’s popularity speaks to the fact that he represents the typical attendee to this year’s BamaJam. Say it with me folks, “A little bit of country, a little bit of rock n’ roll.” The self proclaimed “long haired, redneck, rock-n-roll son of Detroit” looked right at home in southern Alabama, which might explain why, for better or worse, no crowd sang along as consistently or as enthusiastically as they did here. The bad boy and his gang fittingly wrapped things up with two of his biggest hits, “Cowboy” and “All Summer Long”, two songs that blend rock n’ roll riffs and country music lyrics. Perfect.

Despite its disjointed crowds, BamaJam came off as a success. It brought some great music to southern Alabama, even if only 200 people at a time gathered to see it, and helped to stimulate the economy in a small town that could use it considering the current economic climate. Though nearby residents shouldn’t fret too much, as festival organizer Ronnie Gilley is already at work on 2010’s incarnation, with headliner Kenny Chesney signed and ready. Woo hoo! Get your cowboy hats ready!