Oh, rock n’ roll. Where have you gone? New York City’s The Compulsions is living proof that it’s right here, right now. With Rob Carlyle, Brian Gabriel, Joe Merrigan and Frank Ferrer at the controls, the band is on a musical conquest to relive the days of the late ’80s, when acts like Guns ‘N Roses and MÃ¶tley CrÃ¼e ruled the world of music.

Because the band is recreating material that was faddish over two decades ago, it’s easily to write them off as a tribute band at first listen. Sure, they definitely could do a good job covering tunes by bands like Aerosmith, the Stones or AC/DC, but who cares if The Compulsions wear its influences on its sleeves? These guys know how to make quality rock music and aren’t afraid of doing something that hasn’t been done in quite some time — or at least well. 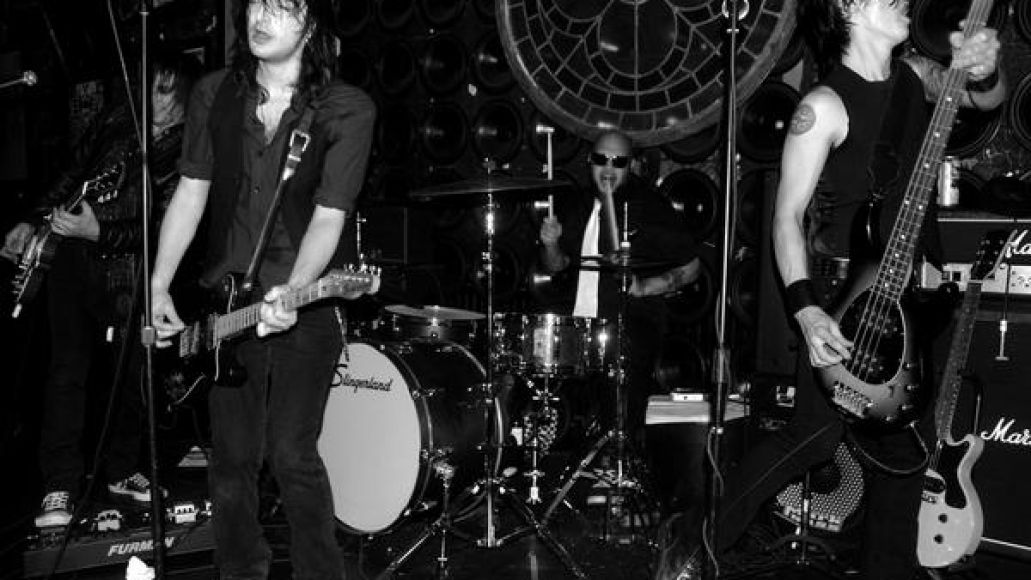 The band first got its kicks in 2002, playing gigs in and around the city trying to make a name for itself. What exactly was their ideology? To be a promising act that would change the scene from sadcore hipster indie rock back to straight up classic rock. How’s it been working out for them? Seven years and two EPs into the band’s career, The Compulsions still lack national recognition. While their songs have hit hundreds of college radio stations across the nation, major labels have yet to knock on the band’s door. However, the audience is there. Classic rock fanatics and niche publications have been showing a great deal of zealous adornment for the band. Sonic Ruin said they’re, “the best thing to come out of the Big Apple lately” and Classic Rock Magazine crowned them, “The Coolest Band in The World.”

Currently, the band is working on picking an official release date for its next EP, Been Through Hell, a collection of six tracks packed with attitude, roaring electric guitars and surprisingly enough, cosmic synthesizers. After making two EPs and not seeing much success, The Compulsions change up this newest effort.

All of the tracks were written or at least co-written by the band’s lead singer, Rob Carlyle, a guy who 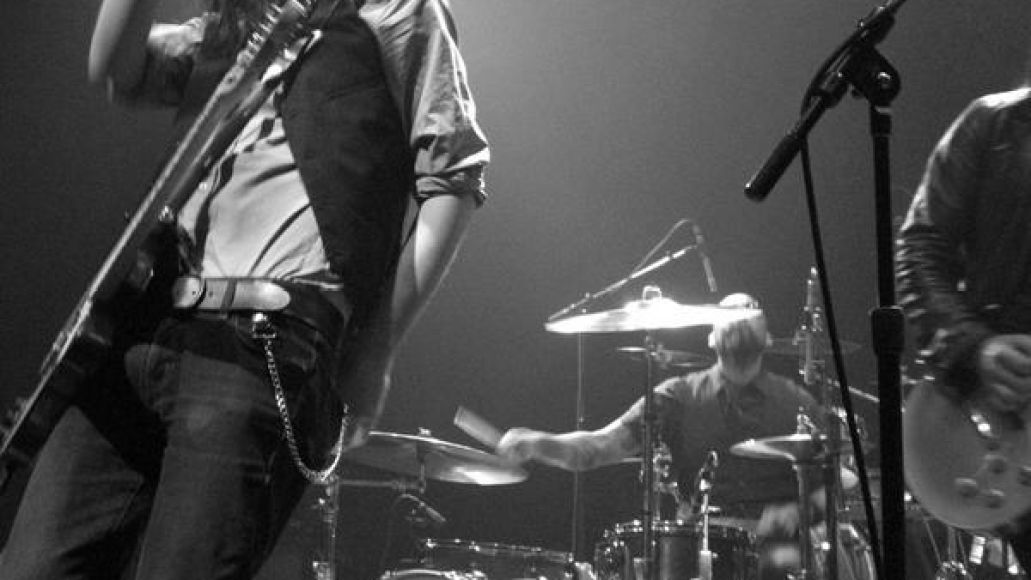 emulates Tom Waits from the mid-’80s, but carries a tune like Tom Petty would, especially noted on the fourth track, “Demon Love”. Carlyle sings over the electric guitar heavy tune in a tired, barely alive style which matches his masochistic lyrics: “It’s hurting my heart, but it’s turning me on.”

“Nasty Bitch” is Been Through Hell’s most down tempo track, with verses spaced far apart from one another, drum machines and monotonous vocals akin to Massive Attack, but with way more vibrato. It certainly isn’t the EP’s best track, but it provides a break from the rest of the material that the band’s in a better position to perfect. However, there’s a raw, emotionally charged guitar solo midway through the song worth one’s time.

“Davy Jones’ Locker” is the last track on the EP, and it’s a little bit over six minutes in length, but you’d never know it because it’s that good. It begins with some ambient soundscapes, like seagulls squawking, bells and fierce wind whippings heard on a beach. An acoustic guitar initiates the track, then Carlyle chimes in with his husky and masculine voice. The song progressively becomes more textured and complex, with crashing cymbals and funky southern rock guitar solos.

The Compulsions have yet to release any tour dates. However, just last month they put on a show, at the famous Mercury Lounge in New York, in celebration of the completion of Been Through Hell. It was a sold out show! Whether it’s just the Big Apple paying attention or not, people are catching on – maybe you should too.