Well, Bonnaroo’s back. With only hours before the opening gates unlock, one can almost smell the dirty hippies, all waiting anxiously to draw nitrous-balloon swords at the likes of skinny-jeaned hipsters. We’ve already got you covered on what to bring, and besides you’d be rather foolish to not have packed yet, so what else is there to say? Admittedly, there’s a lot and we’ll be up front about it, it’s all very, very overwhelming. Get ready to shower sparingly. Get ready to see more people in a concentrated area than you’re used to imagining. But most importantly, get ready to drain yourself silly for one of the greatest music and comedy festivals the world has to offer. Now, we’ve sat here for months, chalking up the Manchester extravaganza ’til it’s not even an event anymore but this idealistic dream of magnificent proportions, and yet in all that textual muck we’ve hardly heard the artists’ perspective on it. Given the neverending line up, there are plenty of guys and dolls to choose from, but we whittled it down to a select hodgepodge of festival favorites and newcomers. 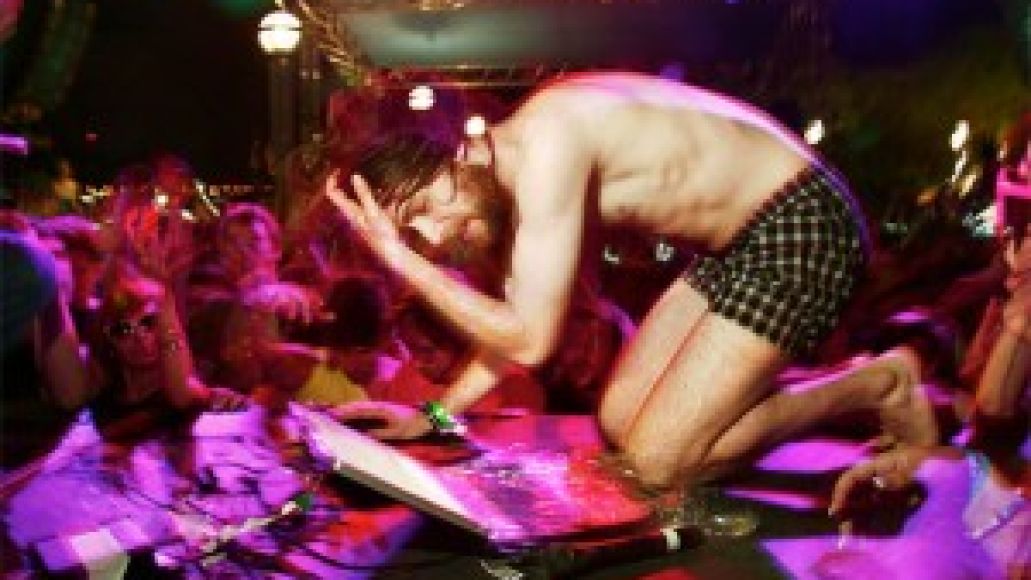 One recently established festival legend, Greg Gillis, aka Girl Talk, has been a festival regular for the past year and a half, culling together an irregular mass of innocent human flesh — all sweating and swaying, of course. The lanky audio doctor, who dropped out of medical school for this kind of mayhem, describes the festival nicely: “People in general [at Bonnaroo] seemed ready to get down with stuff as opposed to being there to critique things. [It’s] a very open-minded crowd of people kind of ready to celebrate. I think some of the festivals, there’s just a different attitude, a different style. I think the Bonnaroo thing is very loose and very crazy.”

There’s plenty of room for both. People can relax or people can get down and wild in the mud. That’s the beauty of Bonnaroo. Though, it’s all about location, and Chicagoan Andrew Bird, whose recent Noble Beast has drawn the timid artist even more acclaim, recognizes this facet of the festival, saying: “We have seen kind of the proliferation of festivals kind of explode, at least last summer. It’s shrinking again a bit. But I mean Bonnaroo, they got it right and they have been the model for other festivals. I think it’s partially the destination. It’s in the middle of nowhere, and therefore is a commitment for everybody. And yes, I think it’s got that southern hospitality and I think they have it figured out. It doesn’t feel like a big corporate business enterprise when you’re there.” There’s no denying the strength in Bonnaroo’s planning. It works out in a way that feels very free and communal, keeping spirits high and positive. 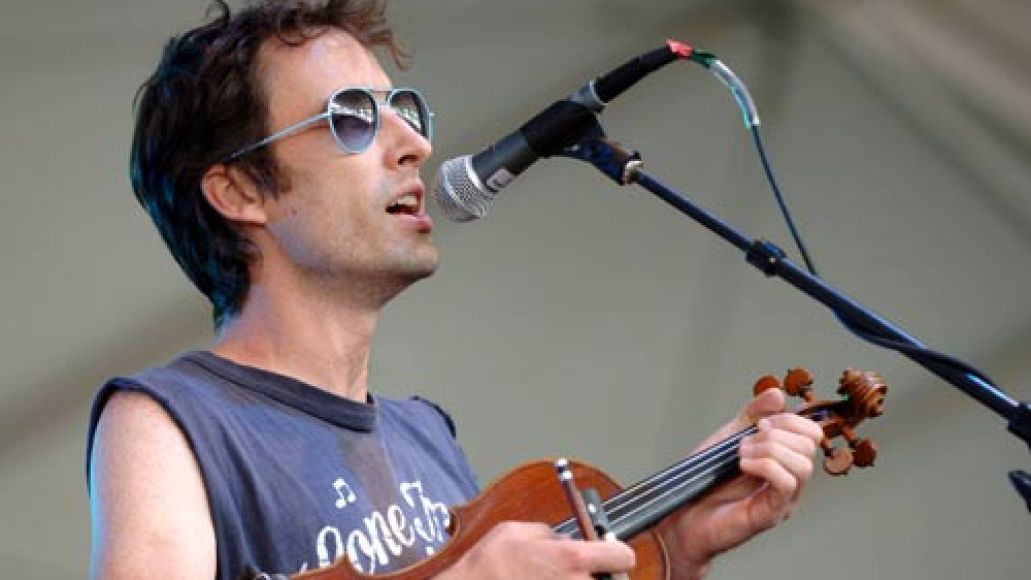 Much of that can be attributed to the onslaught of comedy acts the festival carries. Over the past few years, Bonnaroo’s been snagging some of the industry’s hottest comedians, everyone from Lewis Black to Chris Rock. This year’s no different, though much like the variety of indie acts, there are a few up and coming comedians, too. New to the ‘roo, though certainly a comedy veteran, Michael Showalter (of Stella fame) travels down to Tennessee from the Yankee state of New 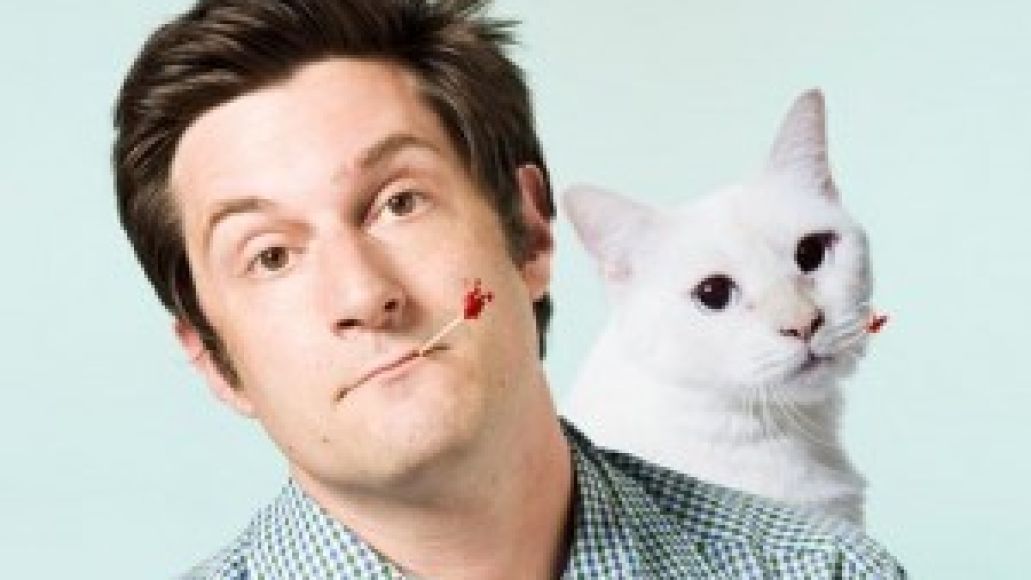 York. Performing in the Butterfinger Comedy Sweet alongside Michael Ian Black, Showalter promises that he will be “smothered in Butterfingers” for most of the weekend.

When asked about the festival, he states, “Both Mike [Ian Black] and I are arch conservatives. I just plan to spend as much time in the hotel as possible…I’m gonna try to avoid the crowds. No fun at all. Music, fun, dancing, good times, that’s not what I’m about. We’re pretty much just there to mope.” This time around, however, instead of pumping out Stella material, both he and Black will be promoting and performing material from their new, upcoming show on Comedy Central, Michael and Michael Have Issues, which makes its debut on July 15th at 10:30 p.m. EST. Be sure to look for Showalter’s rather ostentatious festival garb, as he’ll be “the guy with the little hat that has that electric fan attached to it,” though that’s only when he’s not “hiding in his hotel room watching Fox.” Consider he “loves bands,” he should have a great time at Bonnaroo. 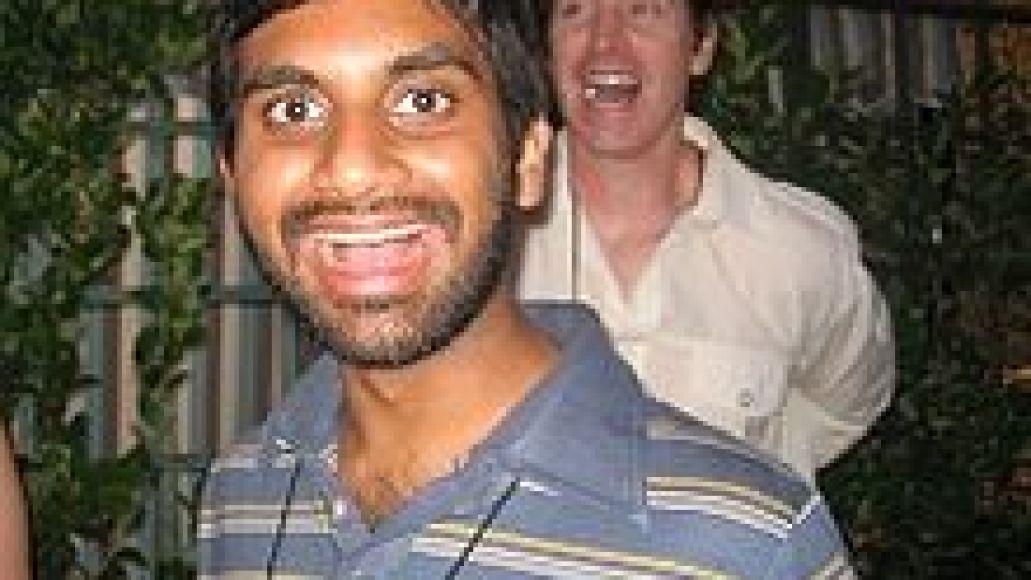 For those not into the whole “band” thing, like Showalter apparently is, then fellow comedian Aziz Ansari has you covered. The LA-based comic, whose work includes both MTV’s Human Giant and NBC’s recent Parks and Recreation, says, “The tent’s air-conditioned. It’s a good way for people to cool off.” He acknowledges it’s tough for festivalgoers, but insists it’s not all a walk in the park (no pun intended) for artists, either. He digresses on his recent battles with artist’s catering: “I am sitting there getting some mashed potatoes, and you know, the guys from Peter Bjorn and John are like, ‘Those mashed potatoes are for us, they are not for anybody else.’ And I was like, ‘No, they are for everybody.’ And then they just started beating me up. And you know, if they could just do something about increasing the security, because I think Peter Bjorn and John are coming back again, and they are just really violent — and they beat up a lot of people. So, [it’d be nice] if they could kind of police those guys this year because I don’t want to get hurt again.”

Lucky for Ansari, Peter, Bjorn, and John aren’t coming to the festival this year. But all of the awesome fans, great food, and most importantly, phenomenal music is on board. So, there you have it, straight from the artists’ mouths. Now, we all know it’s going to be especially hard to fall asleep tonight (think of the excitement before Christmas Eve, then double it), but trust us, you’re going to need it. Make sure those bags are packed and by the door, you’re fuly hydrated, and you’re ready for four days of music heaven.

The Buzz of Bonnaroo: From the Eye of the Artist