The first time I attempted to see The Decemberists live, I really didn’t make enough of an effort. After all, by the time anyone reaches Sunday during a Bonnaroo weekend, they’re usually about five minutes from death. Two years ago, that’s about where I was, and considering the high profile acts later in the evening, I wanted to sit down and conserve my strength. So alas, I did just that, only with a crummy burrito and about two hundred feet between me and The Decemberists’ unfolding set. It didn’t take long, maybe 10 minutes, until I scrambled up some adrenaline and attempted to find good seats for Wilco. Given the hindsight today, I’m kind of glad I didn’t stick around for Colin Meloy and his rag-tag gang, as they’re a show that requires plenty of energy and attentiveness. Last night at Columbus, OH’s LC Pavilion, I had those very things.

After opener Blind Pilot, we moved our way into the crowd and pointed our heads and ears toward the stage. The low humming bass of Hazards of Love had started and the crowd turned to a roar at first sight of the band. Within seconds, the now seven-piece act kicked off the new album with record precision. Every piece was in its place, the lighting was spot on, and the mix was perfect. Contributions by Becky Stark (of Lavender Diamond, as Margaret) were great, but Shara Worden blew me away. The My Brightest Diamond singer consumed my attention every time she opened her mouth (I think I love her, seriously). 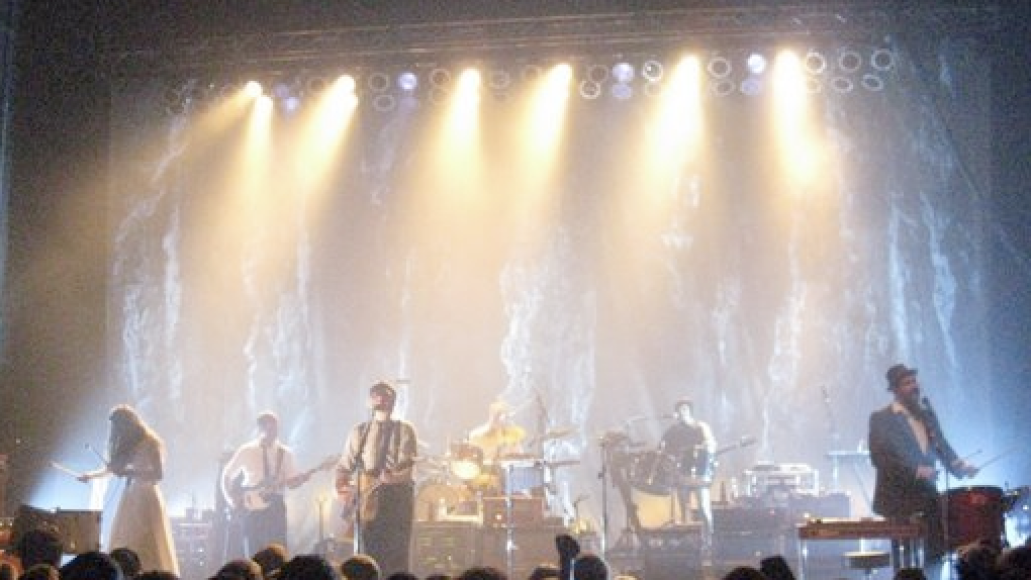 There was no crowd interaction; instead, Meloy looked engaged and stoic, and his personality didn’t surface until act two. Despite these “shortcomings,” the band sold just about everyone on the new record. Having been told they’d play the record in its entirety, I was just as skeptical before arrival, but in all honesty, Hazards plays out beautifully.

After a ten minute intermission, The Decemberists returned, only without the two aforementioned female vocalists. My heart wasn’t too broken, however, as they began with an old favorite of mine, “Leslie Anne Levine”. Shortly after, Meloy broke character and turned the crowd back on with a bouncing version of Billy Liar’s “We Both Go Down Together”. Following some less than stellar 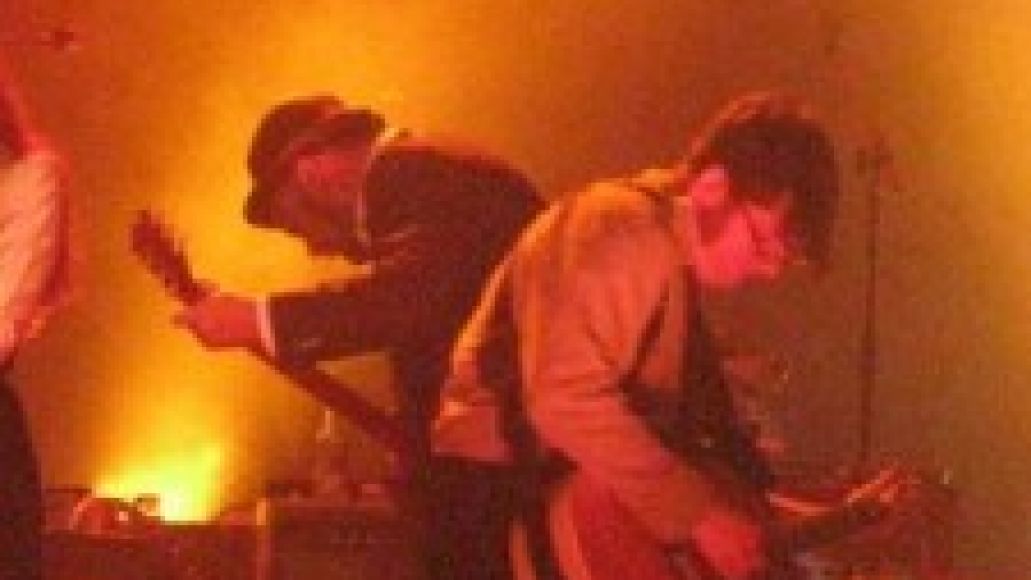 audience participation, Meloy poked some fun at the crowds’ inability to work together saying, “We’ll work on it.”

The true highlight of the second set was “Yankee Bayonet (I Will Be Home Then)”, which again featured the lovely Ms. Worden. Obsessions aside, she radiates in every song, and the crowd was just as enamored as I was the whole time. After a teaser from Meloy (“This is the worst song I’ve ever written”), he led the band into “Dracula’s Daughter”, which eventually segued into the very popular “O Valencia”, a true crowd killer and hardly the “worst” song of the man’s career. By the time the encore came (“Eli”) and saw (“The Barrow Boy”) and conquered (“Suns and Daughters”), two hours and fifteen minutes had passed.

People looked bat-shit happy while the band exited stage left. Despite our preferences and wishes (we had hoped for “The Island” to close out the show), we were nevertheless incredibly pleased. To me, Colin Meloy never sounded like a performer, he sounded like a musician. The former gets on stage and directs the crowd with diligence and force, the latter knows how to put together a studio album. The two don’t always mix, but Meloy and his band proved they can juggle both jobs with ease. As long as the songwriter directs the crowd with as much enthusiasm and direction as last night, The Decemberists will continue to rise in the indie community as not only great songwriters, but a great live act, as well. 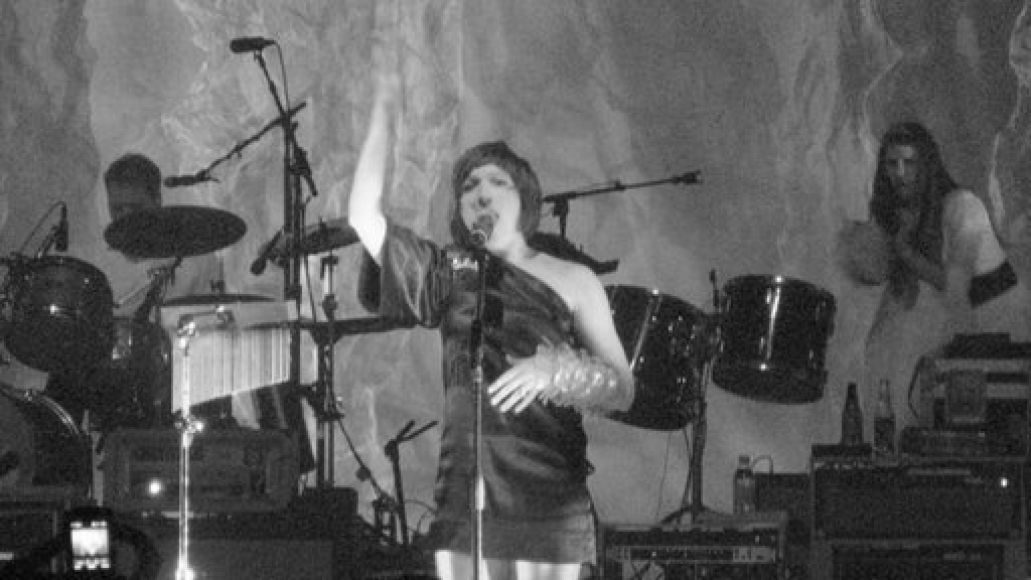 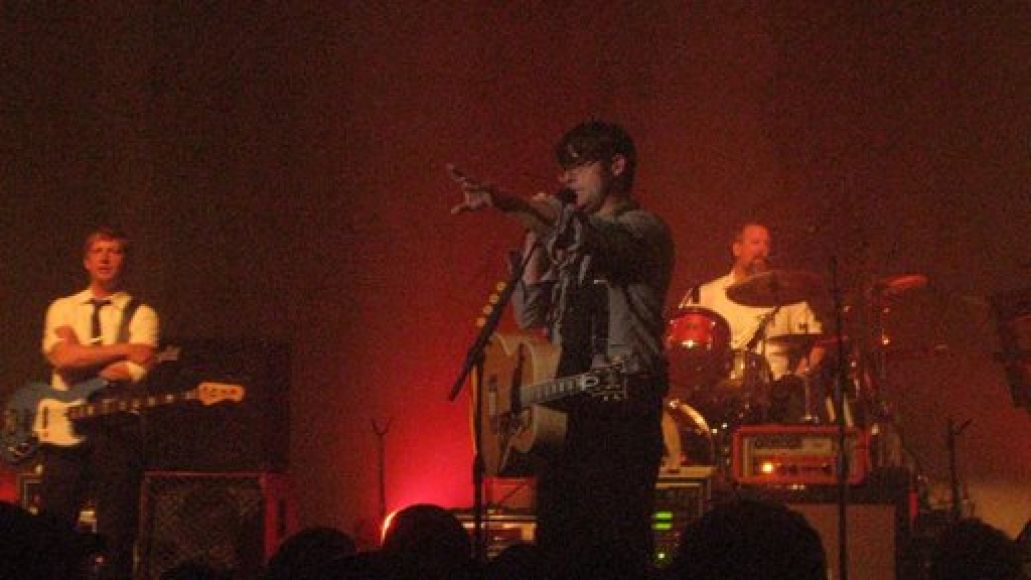 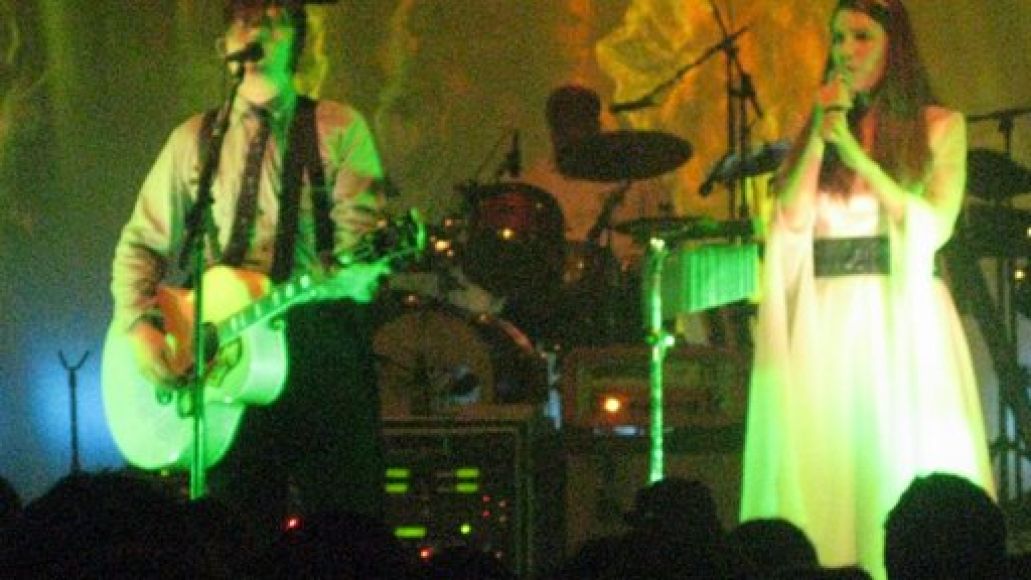 The Decemberists light up Columbus (6/1)