There’s a long history of fairly decent or good actors becoming fairly mediocre or terrible musicians. From Eddie Murphy’s “Party All The Time” to Hayden Panettiere’s “Wake Up Call”, it seems that there’s always an actor per generation who feels the need to make their mark on the music world as well. One of the actors with the longest musical career is also responsible for one of the worst music videos imaginable. That man is David Hasselhoff.

Hasselhoff’s musical exploration began in the late ’80s, during the peak of his acting career (after Knight Rider, but before Baywatch). Through some series of events that I’ll never be able to figure out, he wound up performing his pop hit “Looking For Freedom” at the fall of the Berlin Wall. Due to this continuing popularity in Europe, Hasselhoff kept making records long after his acting career slowed. These increasingly bad albums eventually culminated in the disaster known as “Jump In My Car”. 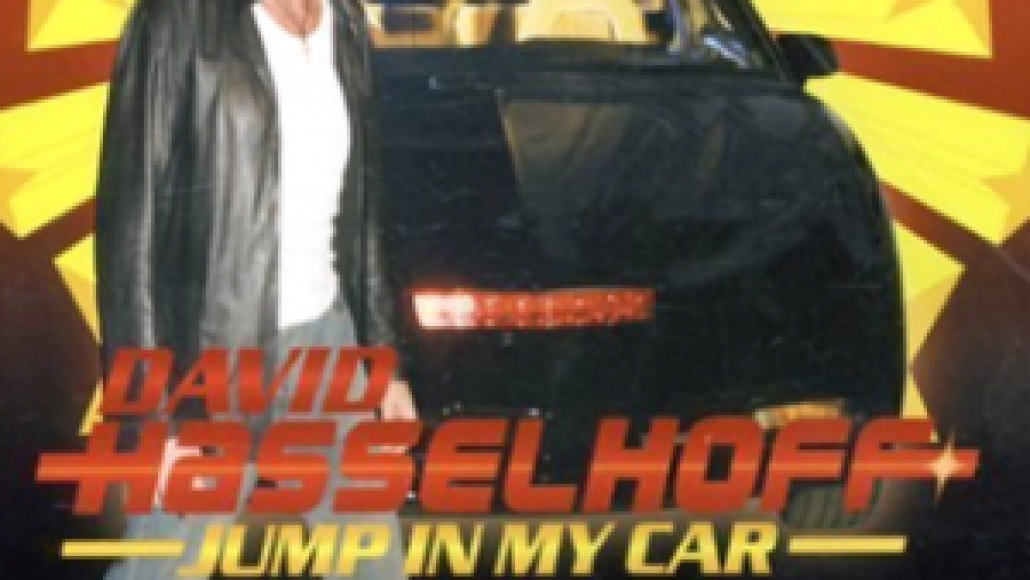 “Jump In My Car” is a music video that’s so terrible, I struggled not to close my browser window as it played. I felt like my taste in music was irreversibly damaged after viewing it. The video starts with an ultra-generic Southern rock riff playing over three female models walking through an alley. All of a sudden a 1983 Pontiac Trans Am with a pulsing LED light above its front grill (cough, K.I.T.T. cough, lame, cough) pulls into view. The man driving this car is none other than the Hoff himself.

The song then goes into a back-and-forth conversation as Hasselhoff tries to convince the models to jump in his car so he can give them a ride home. While at first they refuse, he keeps trying to talk them into going with him since it’s a long walk home and it’s starting to rain. Basically, within the first minute, it’s revealed that “Jump In My Car” is just a terrible interpretation of “Baby, It’s Cold Outside”.  Instead of being seductive and playful like the classic Christmas standard, “Jump In My Car” sounds more like an older man trying to act cool and pick up some younger women.  nstead of acting like most people would when a strange man drives down an alley offering a ride home, the models act like Hasselhoff is Hugh Jackman and can’t stop smiling at him.

Even though the video’s bad so far, it gets so much worse when the Hoff starts to dance. His spastic motions 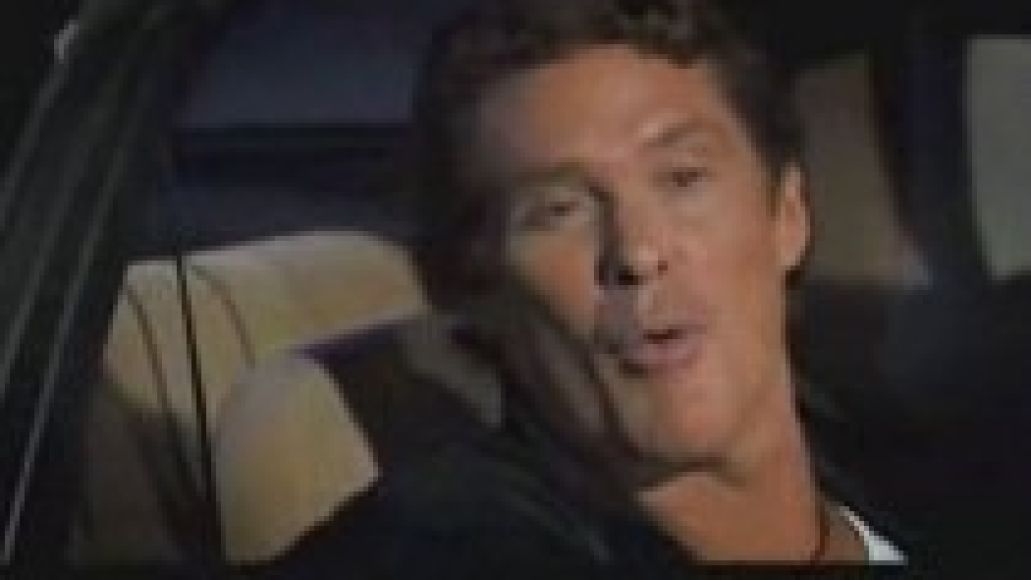 seem to alternate between jamming out like the lead singer of an 80’s hair metal band and swaying his hips like he’s a college jock who’s had too much to drink. Once the “guitar solo” kicks in though, what follows is a series of images that get progressively worse. First up is a desert background that looks like it was stitched together in Microsoft Paint. Then the Hoff walks in front of a beach backdrop in his Baywatch jacket, a scene that made me groan out loud. Then there’s the over-the-top display of ego as Hasselhoff’s face is shown in front of dozens of spinning versions of…his face. He then walks in front of a sign that says “HOFFEY APPLES! while wearing a shirt that says “Don’t Hassel The Hoff.” Finally, the solo ends with Hasselhoff standing in what looks like a fire screensaver. The fact that the fire screensaver is the best graphic in this video says a lot.

At some point during this lovely montage of image, my brain officially shut down due to the sheer shock of what I just saw. Hoff’s singing allowed me to recover enough to notice that one of the models decides to get in the car with him. It looks like K.I.T.T. ran out of gas, though, 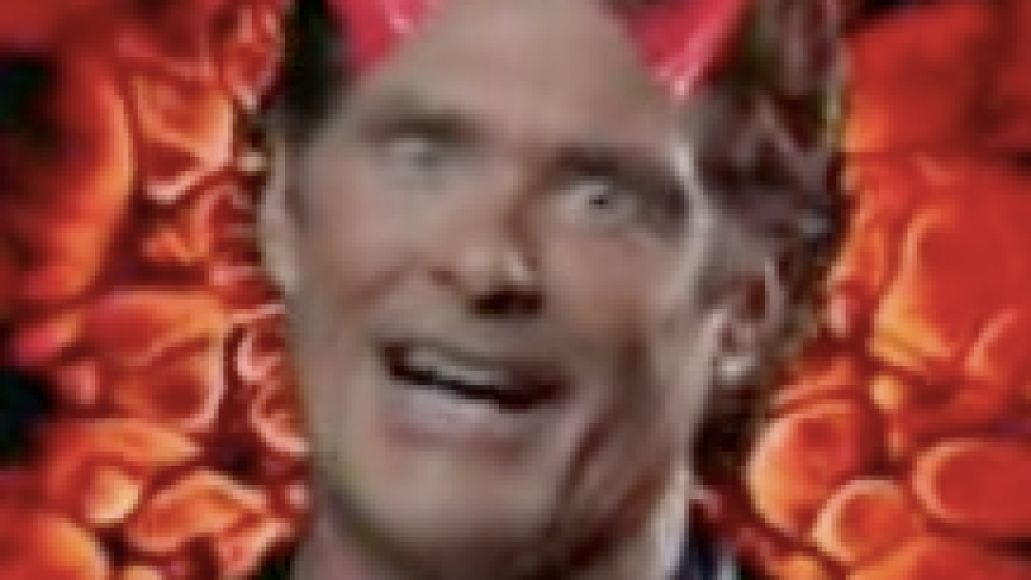 since the car moving through the streets seems to be a piece of cardboard. Once they start moving, the Hoff learns with horror that the model lives on the other side of town! This is too much for Hasselhoff to take, as another poorly-done graphic shows him growing devil horns. After this bit of information is revealed, Hasselhoff suddenly turns into a total jerk. He yells at the girl to get out of his car and doesn’t care if she has no other way to get home. The video finally ends with him stopping the car and using its ejector seat to throw her out.

There is no better way to describe this video than laughably bad. In fact, that might be its best quality. There are many bad videos around, but there are only a few that can be found funny because of how poor they are.  Maybe that’s what the Hoff intended. Maybe he wanted to give his fans a laugh by making an awful video. Then again, maybe he really just wanted us to jump in his car. The only way I would go for a ride is if it was to get as far away from this video as I could.

David Hasselhoff – “Jump In My Car”

Break Yo' TV: David Hasselhoff - "Jump In My Car"