This past weekend, the Disco Biscuits held their annual summer extravaganza, Camp Bisco, at the Indian Lookout Country Club in Mariaville, New York. We’ll let our own Carlos Detres give you the scoop, but let’s just say that by weekend’s end, this year’s festivities proved to be one hell of an event.

Mud, rain, flipped golf carts, pretty hippies, Tooly with his tow truck, and the Disco Biscuits. Those who attended pulled together through some of this season’s worst weather (Coventry, anyone?) and made the best out of the situation. The torrential pour on Friday night did not halt the revelers from watching the Disco Biscuits rock an illuminating set; lasers shot into trees, folks mired in mud –- some with umbrellas and others not –- but all exposed to the music of one of Camp Bisco’s best lineups in its eight year history. This year’s award for best performer goes to the attendees who smiled at some really shitty conditions.

Unfortunately, due to the worst rain in recent memory, traffic, and an endless search for a tow truck, only the last few songs of the Disco Biscuits can be reported but these last moments were thrilling. Watching a band play electric instruments through the sideways rain reminds people of rock and roll’s bravado. The crowd gathered tightly around each other during the set, arm and arm and mud and mud. It seemed as if the rain wasn’t a factor and it’s probably due to this year’s rain-laden festival circuit, it just became old news –- an annoyance to get over. 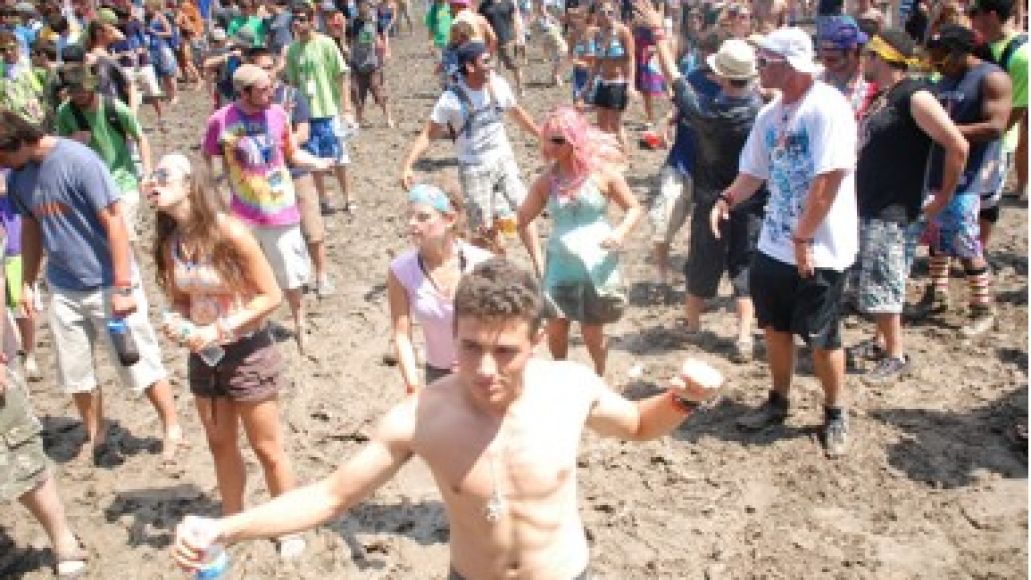 Telepath dug into its diverse palate of influences to give the audience a fusion fest of music to dance to. Being one of the earliest acts of the day, the band had the responsibility of working the crowd into a small frenzy. Groovy bass accompanied fusion jazz, licking trance-y shores lurched feet from the mud as people dug deeply into the reggae, dub world of Telepath while the band braved the heat in suit and tie. 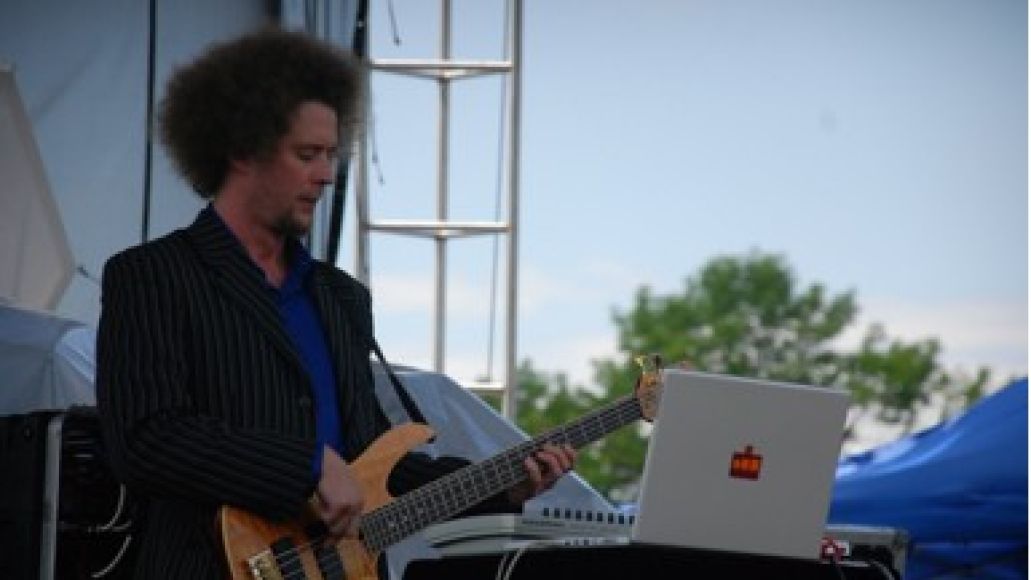 But on the other side of the field another band wasn’t so lucky with the crowd. Beneath the tent was a messy sludge that kept people on a narrow patch of plywood and gravel. Synewave played to an enthusiastic bevy of maybe 20 to 30 people but smiling faces they gave to these few. The airy intonations of their music crystallized an image of swimming in murky water while maintaining a fit of elegance on every note. The band was the first of the day to test out the limits of the tent and pulled together a tight set. 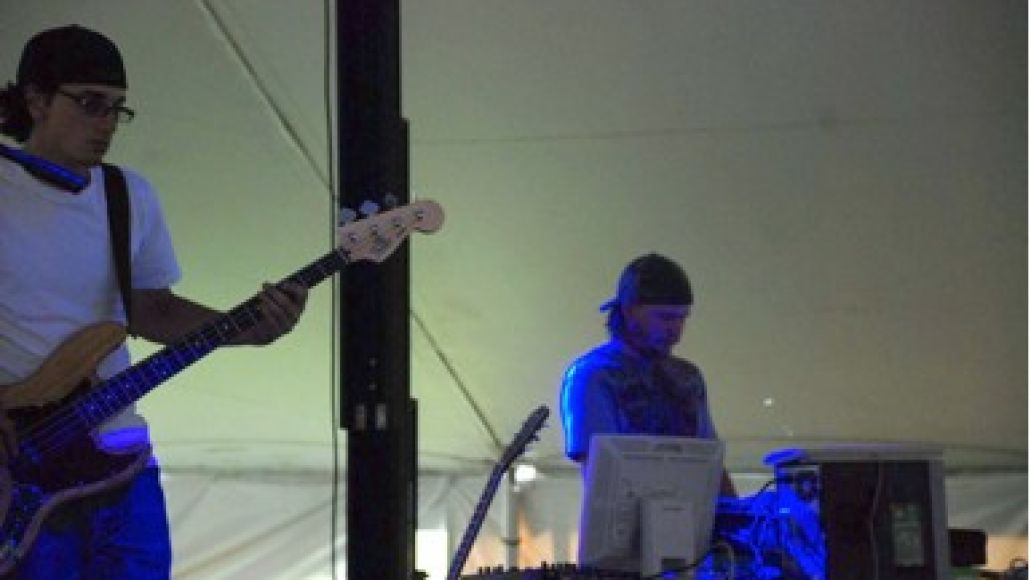 The Indobox performed blaringly well, etching one of the best performances of Saturday, blowing sonic waves of grain into everyone’s faces. This was Indobox’s third appearance at Camp Bisco (they performed at V and VI) and they played as if they wanted to gun for a fourth next year. It was early but they couldn’t wait for the sun to set to bestow to the crowd an amplified grin. The band surprisingly closed its set with a cover of Daft Punk’s “One More Time” while boxes with a pair of faces were thrust into the sky by surrounding fans. 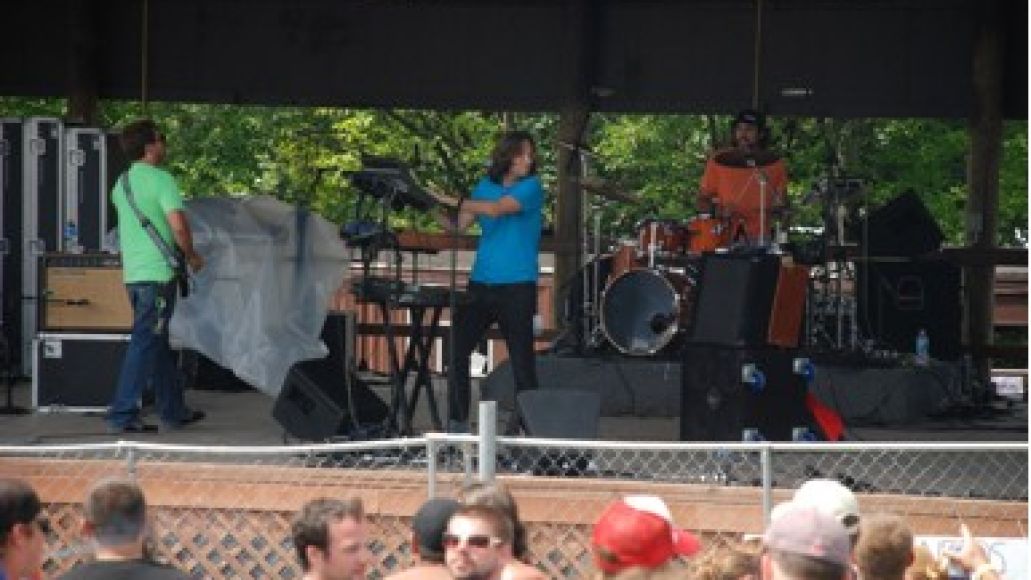 The five-some that is STS9 continued where Break Science left off, pulling a vibrant set. By this time, everyone was tearing apart the mud, flinging it onto themselves while feet picked up in the air from the raucous dance performed by the horde of fans that clamored together in front of the stage. People drifted from the side streets onto the field and cheered on the band through its well executed performance.

It’s understood that artists are assigned slots based on draw and popularity, however if one were to appropriate sets based on energy then this guy should have been given a better time. After AC Slater’s set, the crowd began to disperse but Kill The Noise’s tech-y, electro-house sound seemed to thrive on adversity. This tent went from having a barely generous gathering of people to filling out the front of the stage and outer rim of the tent -– a difficult feat considering that the mud was at least ankle deep. 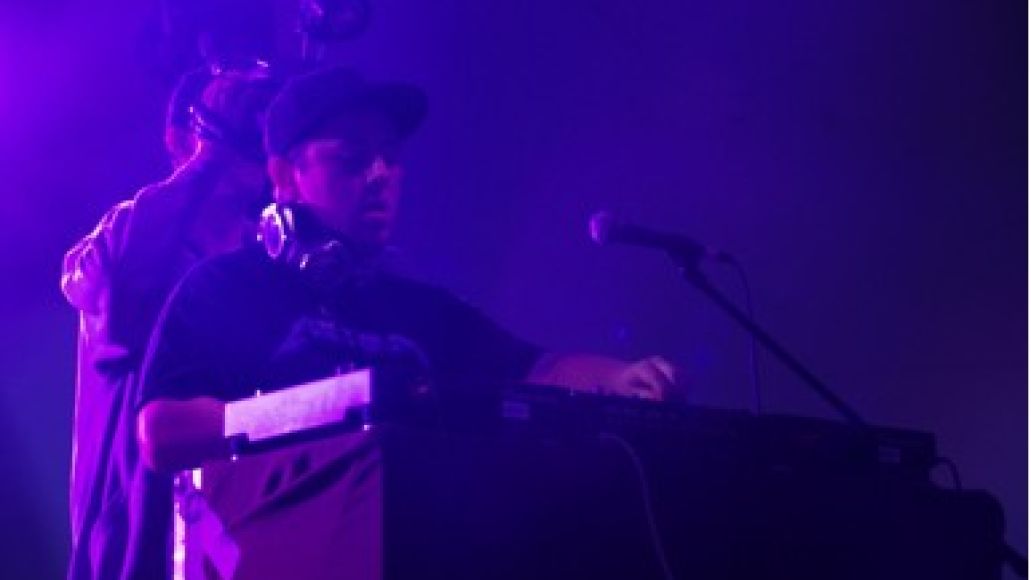 Holy Ghost‘s performance good but not great. It was almost as if the Brooklyn outfit was dishing out a warm up set for someone else… just with a bit more energy. Although, the music was fine — at best — it was a let down for the Disco Biscuits’ closing performance at the main stage. This was a situation that was best suited for someone else (ahem, Kill the Noise).

Mud, rain and hippies! The scene that was Camp Bisco 8!