During “Jet”, the second song of the night, a commercial airliner passed over the center field wall of Citi Field Stadium. The plane flew by on its way to LaGuardia Airport just as the chorus kicked in, almost seeming like Sir Paul McCartney planned for that to happen. Given the way he tried his best to please every fan in the stadium, it wouldn’t surprise me if he did.

Macca’s second show of his three-night stand in Queens, New York was every bit as incredible as one would expect from the living legend. Throughout the show, he looked determined to not only meet expectations but surpass them as well. The small summer tour he planned this year started off in the Big Apple. After playing the first stadium show at Shea Stadium with The Beatles more than 40 years ago, McCartney also became the first act to play a stadium show in Citi Field.

Warming up the crowd before the former Beatles hit the stage was The Script. The Irish rockers from Dublin 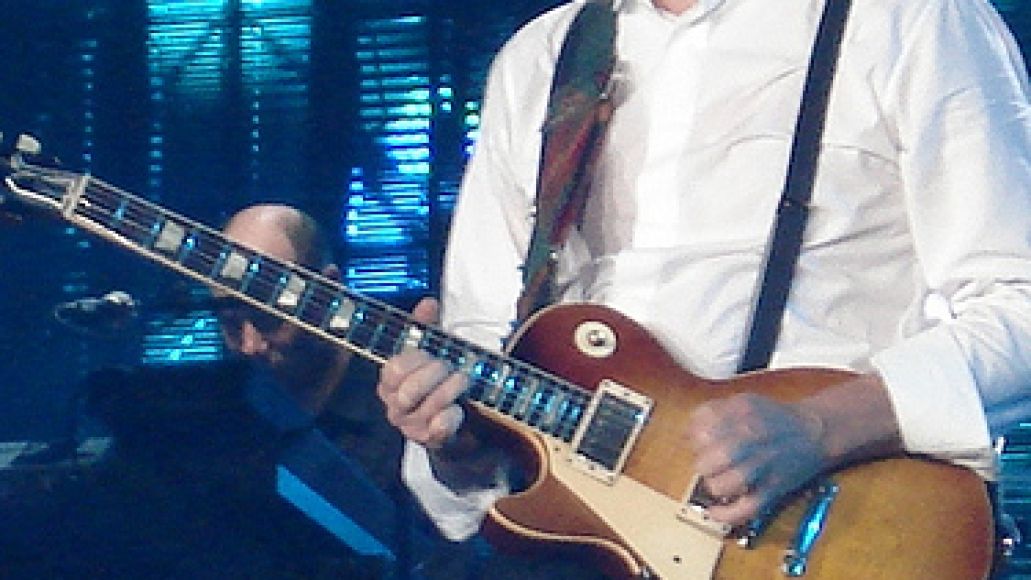 played a powerful set as lead singer Danny O’Donoghue played piano and belted out songs from the band’s self-titled debut album. The set included “Breakeven”, “Rusty Halo”, and ended with the album’s first single, “We Cry”.

It was a little after when the former Beatles casually walked out onto the stage to the screams of fans.  His band quickly followed and ripped into “Drive My Car”. This was followed by “Jet” and “Only Mama Knows”. The opening trilogy set the tone for the entire concert, which was made up of Beatles hits, the biggest Wings songs, and selections from McCartney’s solo catalogue.

Playing with a video screen behind him and with two on the sides of the stage, the 67-year-old hardly took a minute to rest between songs. It didn’t look like he needed to either. Macca was at the top of his game the entire night. His voice was stunning in every possible manner. Not only was he able to yell out the chorus of “Helter Skelter” but he also hit high falsetto notes that some singers in their 20’s wouldn’t be able to do.

Whenever McCartney did take a minute between songs, he kept the crowd entertained with memorable stories and a great sense of humor. He referred to the Beatles stadium show in 1965 and how it was impossible for them to hear anything over the sound of girls screaming. This set off a wave of screaming from all around Citi Field, leading him to smile and say, “Yeah…that was the sound!” He brought up this same example twice more during the concert in a funny attempt to create a current version of that sound again. By the third time he succeeded in doing so, he just smirked and said how he was now doing it shamelessly.

Another great moment came after a beautiful version of “Eleanor Rigby” with Macca playing acoustic guitar. He mentioned after the song that it’s somewhat difficult to remember the lyrics and chords to the song without getting distracted by various signs being held up. Reading one sign that said “Marry Me Paul”, he replied with fake indignation as he yelled out “No!” earning a big laugh from the audience.

The concert was also full of tributes to the friends that McCartney had lost over the years. He played “My Love” in honor of Linda McCartney and played “Something” on ukulele as a call out to George Harrison. He 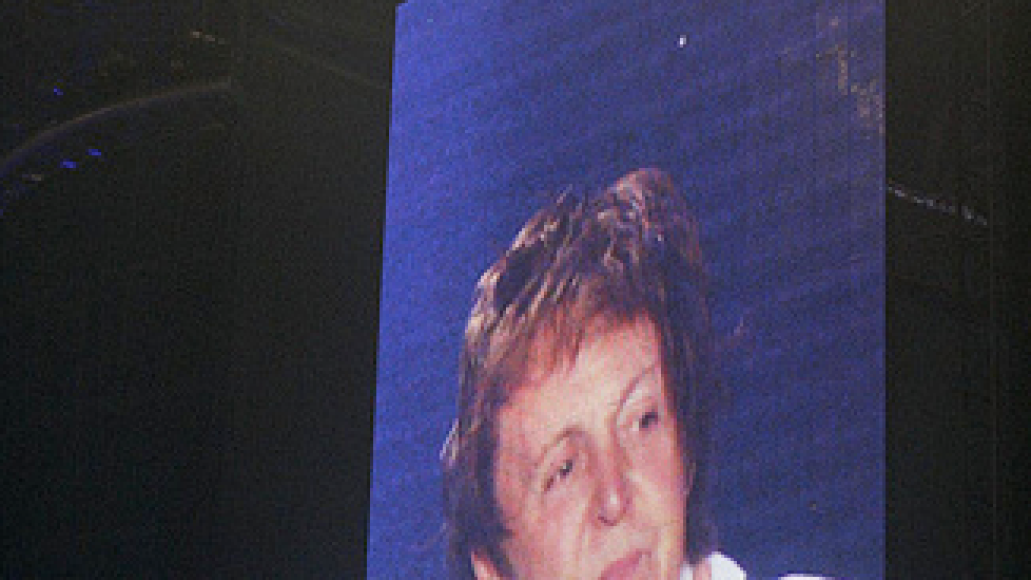 even showed off his soloing skills as he played a bit of “Foxy Lady” after “Let Me Roll It”. The most emotional moment of the evening came though when he played “Here Today” for John Lennon. He became very emotional during the performance and had to take a minute to compose himself afterward. He also honored Lennon in a lighter moment as he covered both “A Day In The Life” and “Give Peace A Chance”.

The highlight of the entire night had to be the two songs that finished the main set. First up, “Live and Let Die” let McCartney show how a stadium show should be done as fireworks exploded from the stage during the fast instrumental section. It was easily one of the most amazing things I’ve seen in my life. After the song was over, the former Beatle shook his head as if he was exasperated with himself for the stunning light display. There was only one song that could top this display though as McCartney started up the piano chords to “Hey Jude”. You haven’t lived until you’ve heard 40,000 people singing along with the chorus as loud as they can.

If the concert had ended there, it would have been a wonderful experience. But McCartney wasn’t ready to quit just yet. He gave the audience two encores made up of eight Beatles hits, from “I Saw Her Standing There” to “Get Back”. When all was said and done, Macca had played for over two hours and gone through more than 30 of his best tunes. When McCartney yelled out that he would see us again, everyone there agreed that the next time couldn’t come soon enough. 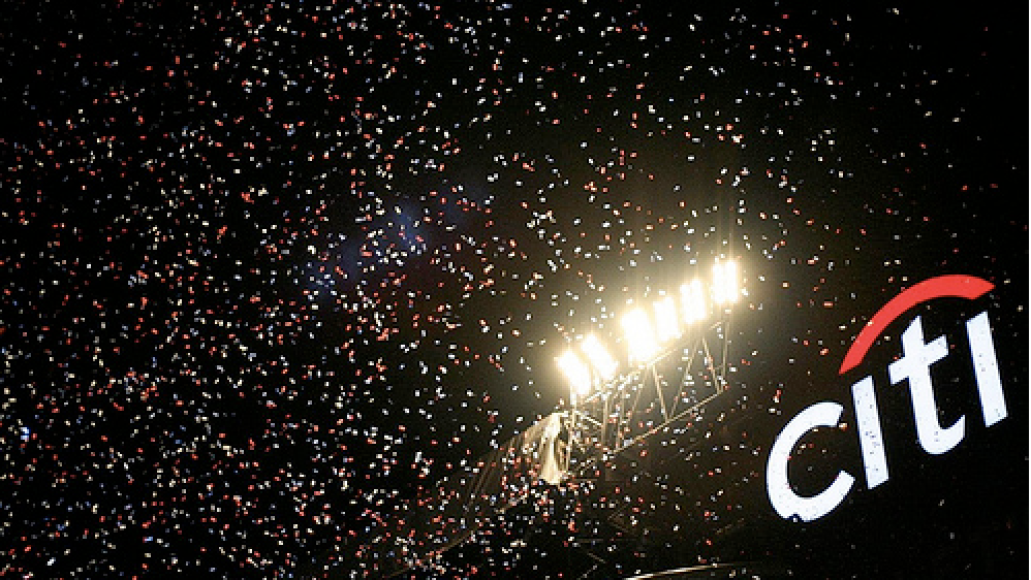 Paul McCartney Setlist:
Drive My Car
Jet
Only Mama Knows
Flaming Pie
Got To Get You Into My Life
Let Me Roll It
Highway
The Long and Winding Road
My Love
Blackbird
Here Today
Dance Tonight
Calico Skies
Mrs. Vanderbilt
Eleanor Rigby
Sing the Changes
Band on the Run
Back in the U.S.S.R.
I’m Down
Something
I’ve Got a Feeling
Paperback Writer
A Day in the Life
Give Peace a Chance
Let It Be
Live and Let Die
Hey Jude
Encore:
Day Tripper
Lady Madonna
I Saw Her Standing There
2nd Encore:
Yesterday
Helter Skelter
Get Back
Sgt. Pepper’s Lonely Hearts Club Band (Reprise)
The End