On August 1, 1981 at 12:01 a.m. Music Television was launched by an order from John Lack, who at the time was the executive vice president of Warner-Amex Satellite Entertainment.

“Ladies and gentlemen, rock and roll.”

At that moment, a sparse group of individuals, 2.5 million cable subscribers in New Jersey, were able to see an altered account of the Apollo 11 moon landing, in which the American flag was replaced with MTV’s flag. As former MTV Networks CEO Tom Freston explains of the footage, “It was public domain. We said, ‘Hey, let’s rip off man’s greatest moment.’ It seemed a rock n’ roll thing to do.”

Fittingly, the launch of MTV would become known as a great moment in the way in which rock ‘n’ roll was consumed and a determining factor in the subsequent death of radio. Receiving much criticism during its 27 years on the air, MTV has never been as succinctly described as it was by The Buggles’ “Video Killed the Radio Star” on the band’s album, The Age of Plastic. 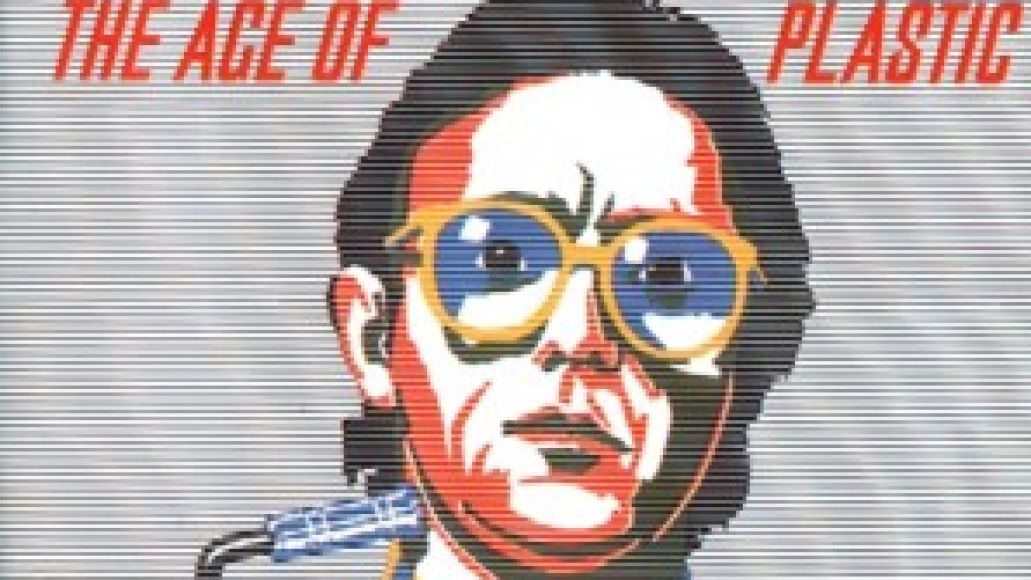 The Buggles formed in 1977 in the United Kingdom, and consisted of Trevor Horn, Geoff Downes and a semi-silent partner, Bruce Woolley. Horn, arguably the driving force behind The Buggles, played the bass guitar, guitar, percussion and sang. During the ‘80s, Horn was revered as one of the best producers Britain had to offer. Horn worked with notable acts, Frankie Goes to Hollywood, Big Country and Simple Minds. Eventually, Horn would also be noticed for his writing chops, winning a Grammy Award in 1996 for co-writing “Kiss from a Rose” with Seal.

Downes expertly played the keyboard, and added to the groups’ percussion use. The son of a church organist father and pianist mother, Downes was well versed in the world of keyboards. He would continue rocking the keys after The Buggles became defunct in 1982, joining Yes, with Horn, and later on Asia.

Woolley helped pen “Video Killed the Radio Star” along with Horn and Downes. However, he has never been a member of The Buggles. In fact, the song was first recorded by Woolley’s band, the Camera Club, for the album English Garden. The single did much better on The Buggles’ album The Age of Plastic, largely due to the music video’s appearance on MTV. Successful in his own right, Woolley became a director of Gramophone Records, a record label formed in 2007. Together, the three musicians contributed to a cultural upheaval and the increasing popularity of synthpop.

David P. Szatmary, author of Rockin’ In Time: A Social History of Rock-And-Roll, comments on the synthpop explosion of the ’80s, saying, “it dominated the charts, filtered into mainstream pop, and captivated the TV generation. Pursuing this new sound, devotees bought an unprecedented number of synthesizers in place of guitars, which declined in sales by 37 percent in one year.” The year of declining guitar sales was 1983. It seems The Buggles were ahead of the curve sound-wise, as the band recorded “Video Killed the Radio Star” in 1979. 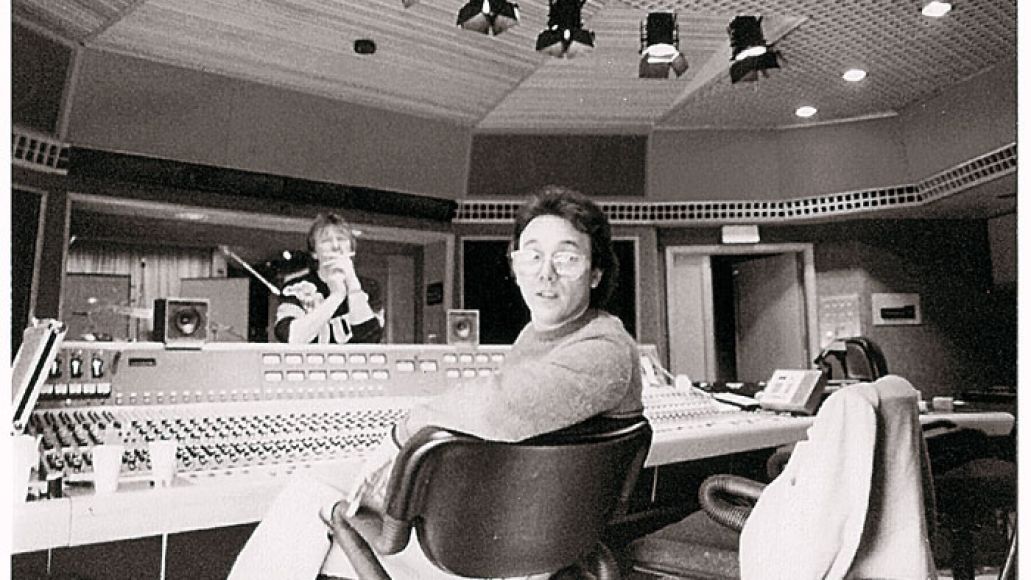 The beginning of “Video Killed the Radio Star” starts with a traditional piano sound, and then transitions into a more synthesized version to match the idea of technological advancement being discussed in the song. The entire song is a fusion of old and new. The male vocals and traditional piano sound represent the old, whereas the female vocals (provided by Debi Doss and Linda Jardim) and synthesizer represent the new. Bridging the gap between the two is the light use of guitar and drums, musical instruments that are ever-present in popular music. Adding to this idea is the structure of “Video Killed the Radio Star”. The verse, chorus, verse with a piano coda at the end, which is common in popular music, helps to strengthen the message of the song by reflecting on traditional music.

The most important contribution The Buggles made to the cultural upheaval of the ’80s is the message conveyed in “Video Killed the Radio Star”, as well as the revolutionary delivery of the song –- the music video. As mentioned earlier, the song succinctly describes the introduction of MTV. Up until 1981, music videos didn’t have a strong purpose, and they were never before as readily available to the music connoisseur. It wasn’t until after music videos were popularized by MTV that record companies realized they could be used as a marketing tool, artists saw them as an additional outlet for artistic expression and fans began to fiend for them. Prior to music videos, musicians were more often heard on the radio, seen only in concert or on the occasional television appearance. In addition to Horn’s and Downes’ instrument playing, German composer Hans Zimmer (the one wearing black) can be seen playing keyboard in the video.

The song’s nostalgic lyrics comment on the radio’s ability to deliver a musician to one’s home. “I heard you on the wireless back in fifty two/Lying awake intent at tuning in on you/If I was young it didn’t stop you coming through.” The song goes on to explain the introduction of the music video, “They took the credit for your second symphony/Rewritten by machine and new technology/And now I understand the problems you can see,” and finally, the subsequent death of radio, “Video killed the radio star/Video killed the radio star/In my mind and in my car/We can’t rewind we’ve gone to far/Pictures came and broke your heart/Put the blame on VTR.” 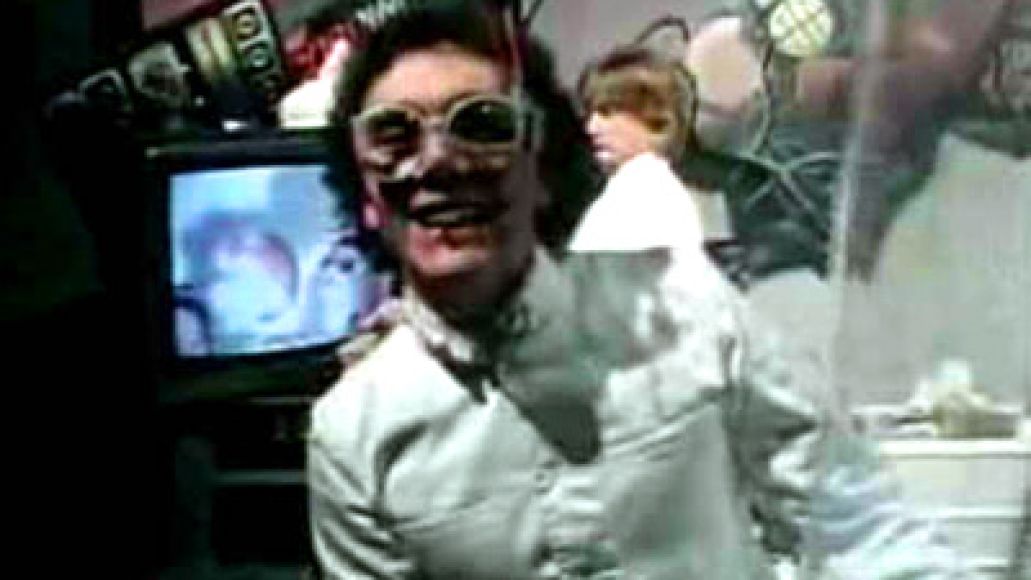 The video, directed by Russell Mulcahy, is also a fusion of old and new. It begins with a young girl sitting in front of a radio, circa 1952. Meanwhile, Horn can be seen, in a black and white shot transposed over the colored shot of the young girl, singing into a microphone of the same era as the radio. The radio is blown up during the first, “Video killed the radio star/Video killed the radio star.” By the line “And now we meet in an abandoned studio,” the young girl is transported to the future. There she is greeted by Horn, who is wearing a white laboratory coat, and an alien-like woman in a clear plastic tube. The remainder of the video is peppered with shots of Horn and Downes on a television screen, essentially placing them in a music video. In the background, broken radios can be seen stacked atop one another.

These lyrics and depictions were not alone in The Age of Plastic, as the album is a concept album, with themes of nostalgia and apprehension about the impact of technological advancements. The album’s eight tracks all touch on this theme. For example, “Kid Dynamo,” the B-side to “Video Killed the Radio Star,” comments on the media’s newfound ability to create stars through the use of technology, “Oh let it be said/How the media builds stars/And our minds will not change/Only our cars.” The lyrics explain the idea that one’s mind is not changed, but the way in which information is shared and the world around one does change, adversely impacting the generation. In further support, take this lyric from “Kid Dynamo”, “I think your mind was born with water wings/And now when I see you/All the generation screams/I remember the dreams of/Kid dynamo, kid dynamo.” With all the songs commenting on technological advancement, it is obvious The Buggles were in tune with the future of music. 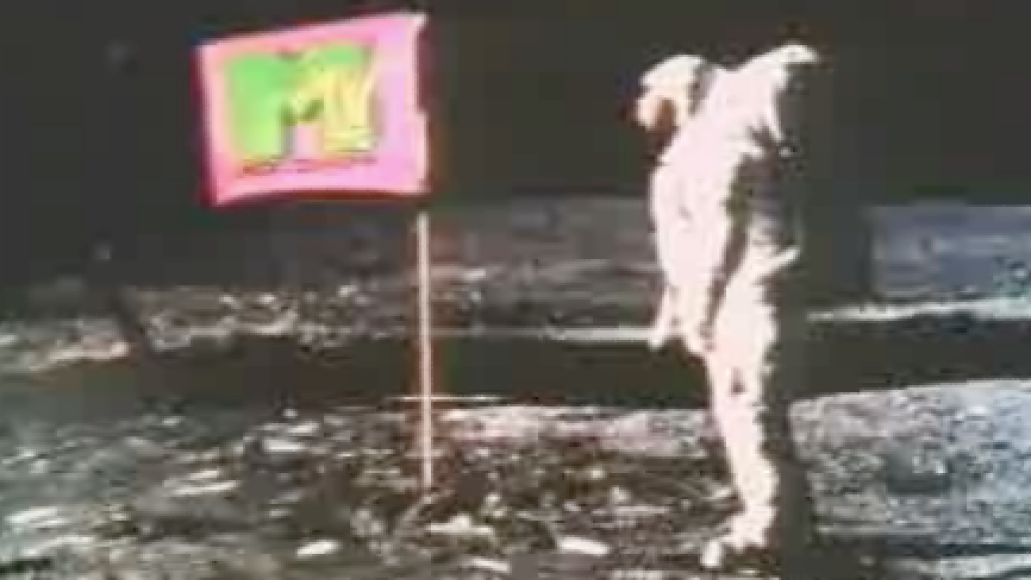 MTV’s launch is now a relic of the past, as are The Buggles. Being the first video aired on MTV is not the only time “Video Killed the Radio Star” came in number one. In October of 1979 the song garnered the first number one for label Island Records. However, The Buggles’ success in the U.S. dwindled and they are known as a one-hit wonder. Since the band’s prophetic single, the manufacturing of music has become more prevalent. Who would have thought the music industry could become more plastic than it was in the age of plastic, the 1980s? As technology has advanced, the music video, once the reining king of new technology, and the idea of a television channel being dedicated to the medium has effectively been killed by the Internet with the help of video sharing Web sites like YouTube.

In the end, the group, sound, message and delivery were unable to stand the true test of time. Commenting on new technology made The Buggles popular, but the band’s inability to keep up with the rapidly evolving world of music and technology caused the band’s death. May The Buggles rest in peace next to the radio, MTV and all the other casualties of rock and roll.