In 1994 the Coca-Cola company debuted a bold, new bottled juice beverage line, Fruitopia. It wasn’t just a fruit drink; it was a concept, a gateway to a higher plain of flavor, the one path to real, ultimate thirst quenching. Coke banked on the early nineties’ Summer of Love nostalgia trip to market their Snapple-competing drink to Generation X’s wannabe hippie crowd. The result was a striking, psychedelic television ad campaign that made Fruitopia out to be a, like, totally mind-opening beverage, man.

The following 30 seconds will not inspire:
violent crime,
a religious experience,
conspicuous consumption.
It may, however, make you thirsty. 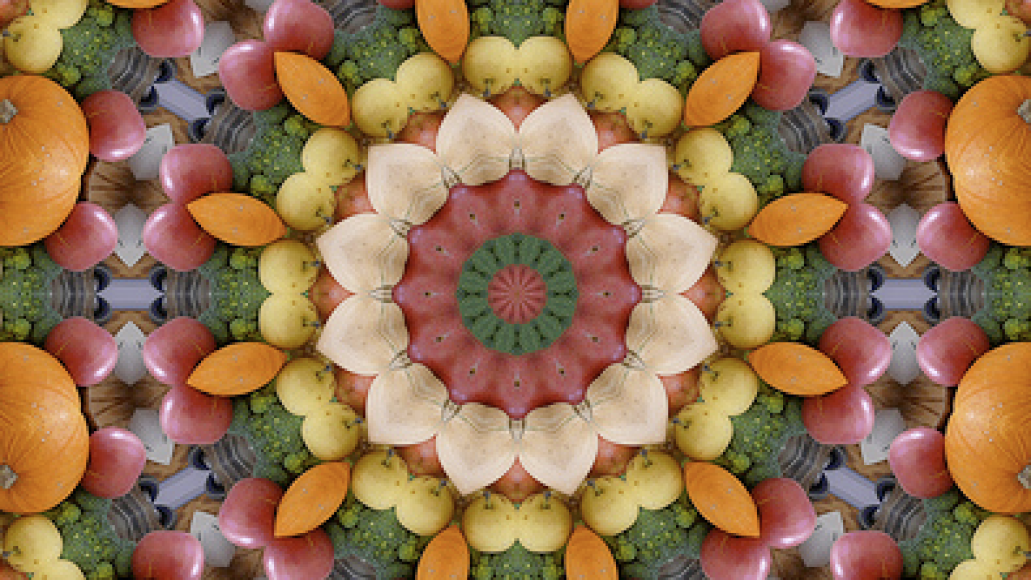 This was the ethos behind Fruitopia’s initial ad campaign. Trippy, kaleidoscopic images of fruit and swirling, gushing liquid primed your palate; while curious, consciousness-bending ponderings whimsically invited you to become that wild-eyed free-thinker you always knew you were. The ads were extremely eye-catching. I remember being mesmerized at the age of 10 by their hypnotic images and always eager to see what weird thing they’d say to me. As funky as the visuals were, they wouldn’t have been nearly as effective if not for their accompanying music. Music so diverse, meditative, and, as it turns out, composed by none other than legendary songstress, Kate Bush.

Just as filmmakers moonlight in the advertising world, so too do musicians. It seems not so unusual that quirky, creative workhorses like Devo and They Might Be Giants would lend their talents to marketing, but Kate Bush doing advert work seems strange. The Fruitopia ads were an appropriate fit for Bush’s character and a worthy vehicle for her experimentation. You can tell she had fun coming up with the variety of sounds and toying with how much could be done in a 30-second time frame. During 1994, nine 30-second ads aired as well as a 60-second ad that played in theaters (featuring an extended version of one of the 30-second tracks). In 1995, during the Academy Awards, one additional ad aired. That’s 10 total songs. Details, including all the weird Fruitopian messages, can be found here, and you can listen to the songs below.

Oddly enough, the ads with Bush’s music never made it to her native England. Instead, the British Fruitopia ads featured music by Scottish dream rockers Cocteau Twins and So-Cal up-and-comers The Muffs. None of the Muffs’ spots have made it to the Internet but a Spanish ad with the Cocteau Twins’ music can be seen here:

The tunes are hardly forgotten, either. Cocteautwins.com offers downloads of their two Fruitopia songs, one of which was later remixed by Spooky, under the title “Hypo-Allergenic“, and appears on his Found Sound LP. As for Fruitopia, its ad campaigns were never again as provocative as the initial batch, and in 2001, it was taken off the market in the United States. Though, for those of you on a nostalgic kick (or a rare sweet tooth), you can still pick it up in Canada, Australia, and a few other countries.

So, consult your local travel agent.