If one considers the sudden rise of modern punk, pop punk and industrial rock, 1994 was a landmark in music. Some would say this was the year that “real punk” died, what with the likes of Green Day and The Offspring hitting the surface. Though, California punkers weren’t the only ones hitting the spotlight. The year also happened to be strangely perfect timing for Jim Carrey’s breakthrough success, as he released three box office smashes back to back in 1994. Almost overnight, fans of all ages flocked to the Ianky new comedian, quoting and treating his films as if they were a new religion to follow. Not only was he box office candy, he was marketable, too. Thus, books, costumes, comics, and — most importantly — soundtracks hardly collected dust on shelves. No, they flew off ’em and fast. And with that, we come full circle, back to music again, with the soundtrack to Carrey’s special effects-laden comedy, 1994’s The Mask. 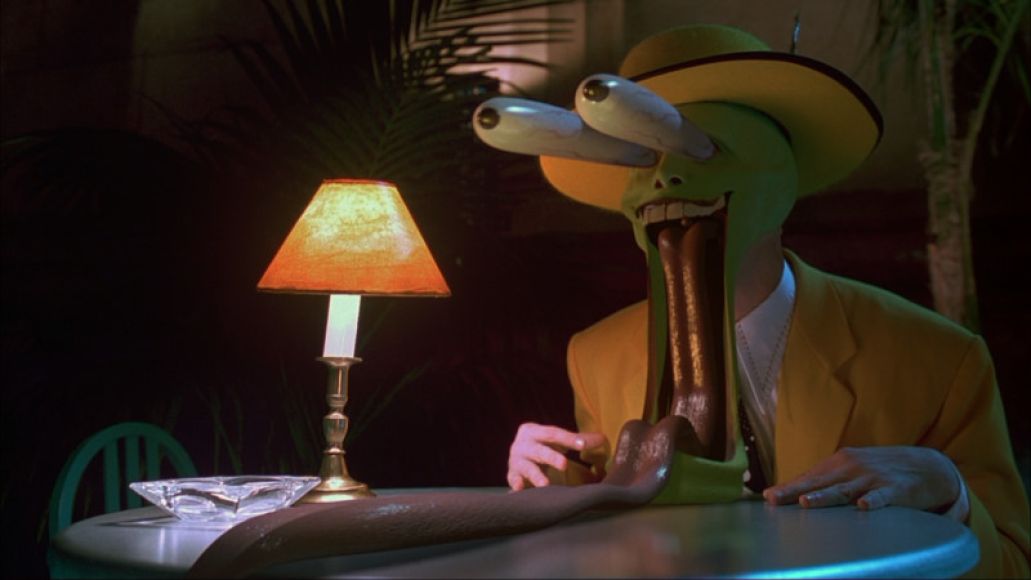 Like its film counterpart, this soundtrack album was a pure wild card thrown into the mix of once current trends. Before Gap’s Brian Setzer Orchestra-themed commercial popularized ’50s nostalgia, The Mask ushered in a healthy helping of swing and R&B from the early ’90s. While this noticeably dated bag of various tracks might resemble a Christian Stovitz mix CD, like the film itself, there is a charm about it (albeit a slightly disturbing one in some cases). Overlooking the staple insertion of Carrey’s “Cuban Pete” rendition and its C&C Pop Radio Edit companion, we are left with 10 songs that defined both a movie and a guilty pleasure to come.

The artists who pop up on this record are diverse, and though not particularly outstanding, they shine together as a whole. A few underrated artists manage to top similar acts in their respected genres; pre-Beyonce era actress/songstress Vanessa Williams gives us a slow dance moment with “You Would Be My Baby” before Latin emcee K7 trumps novelty entertainer Lou Bega with the swing-infused hip hop number, “Hi De Ho”. What makes this soundtrack unique is the seamless intertwining of swing, lounge and modern R&B, giving an updated glaze to old school club music from previous decades. Like an Elvis dance remix, it somehow works, and there is no explanation.

Much like The Mask’s rousing performance at the club and in the streets, the soundtrack keeps a nice flow even while occasionally jumping from one place to another. Xscape’s “Who’s That Man?” precedes Domino’s “This Business Of Love” (played during Ipkiss’ dream about Carlyle before waking to pet dog Milo’s tongue); the two songs have a similar flavor, but Domino comes off a bit more “bossa nova” while Xscape is standard R&B with swing flair. Jazz piano aficionado Harry Connick Jr. chimes in on the Billy Joel-esque “Whisper Your Name” before Williams’ aforementioned gentle love song. Though, the two are soon interrupted by K7 and the RHCP-era alt-ska punk group Fishbone’s “Let The Good Times Roll” (played during Coco Bongo’s charity event opening).

The standout tracks on The Mask are not surprisingly “Ain’t I Good To You” by Susan Boyd (synced very well by Cameron Diaz’s Tina Carlyle) and “Hey Pachuco” by swing band Royal Crown Revue, the latter of which was used in both the corresponding film’s trailers and during the landmark dance number with Tina Carlyle and The Mask at Coco Bongo. Everyone who has seen this movie absolutely loved this scene, primarily Carlyle’s swan song beforehand which drove The Mask into a “howling” frenzy quite literally (see above). If any of you do not remember this part of the film…shame on you!

The Mask was not a critical favorite but achieved massive box office success, cementing Carrey’s place in a history of physical comedy as he portrayed the lowly Stanley Ipkiss turned titular character/anti-hero. Director Chuck Russell (Nightmare On Elm Street 3: Dream Warriors) focused quite a bit on setting moods, alternating between each of the main character’s definitive personas. While Ipkiss was surrounded by the bland backdrops of his bank job and “crushed dream” apartment building, The Mask was brightly colored with a yellow zoot suit and neon green face paint, distinguishing the hopeless romantic from his certifiable “id”. Another example includes the stark contrast between love interest Tina Carlyle’s performance at the ’50s retro nightclub Coco Bongo, and Ipkiss’ gloomy trip home after being thrown into the gutter behind said club. 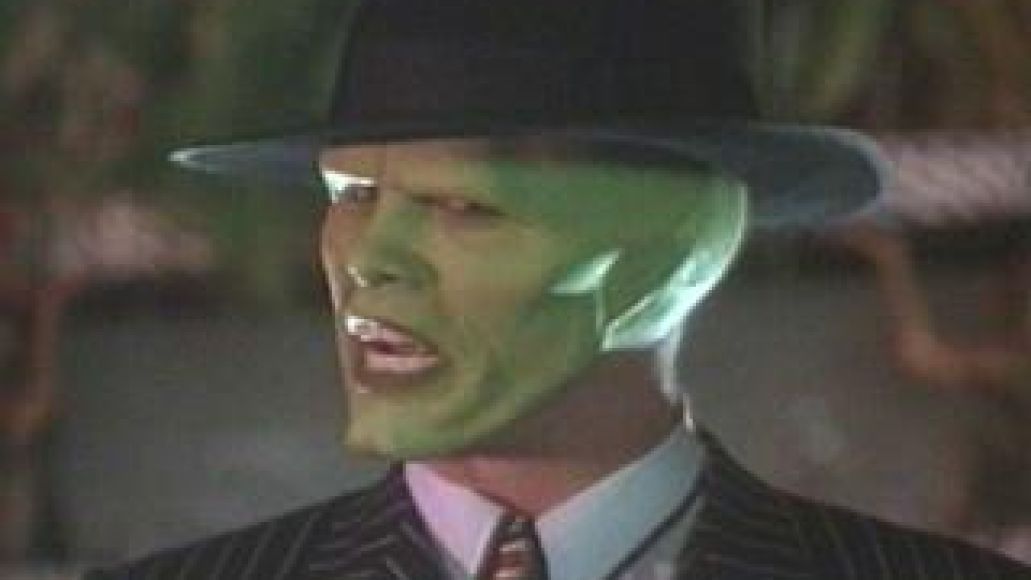 It’s kind of a shame that you’re apt to find this movie in the bargain bin at Wal-Mart (much like I did nearly a year ago), attached via plastic wrap to its lackluster excuse for a sequel, 2005’s Jamie Kennedy-led Son of the Mask. This sequel’s Carrey-less presence revolves around the idea that Carrey refuses to do sequels after his post-Ventura affair (see: When Nature Calls). While the original concept of The Mask‘s sequel — which would have starred Carrey — never panned out, we did receive a television series (starring Ben Stein, portraying the psychiatrist from the original film). And for those looking to dig deeper into the mask’s mythical psychosis, there are some great Dark Horse comics floating around out there, which actually served as the film’s prime source material.

While The Mask is not a phenomenal recording for the books, it certainly deserves a place in our dusty compact disc cases — right next to other Carrey flavored ’90s relics, such as the grungy Cable Guy or the “in your face” Batman Forever. Chances are you have dug these out on more than one occasion, and hopefully after reading this you will all revisit the old days. Like any other guilty pleasure, no one really needs an excuse but…