The older I get the more there are times when I feel like a cranky old lady: complaining about crowds, overpriced drinks and the antics of “those young people.” Saturday night, as I waited for The Raveonettes to take the stage at the Empty Bottle for a Lollapalooza after show, was one of those times. It wasn’t as if opening band the Living Things didn’t get the festivities off to a rollicking start. Fresh off their Lolla gig earlier in the day, they quickly tore into a stream of hard-driving songs, including the catchy-as-hell Mercedes Marxist, with its “I want the good life” refrain; “Oxygen”; and “Let It Rain”, all from their latest album, Habeas Corpus. With their short, but potent set the Living Things had set the tone for a raucous after party. 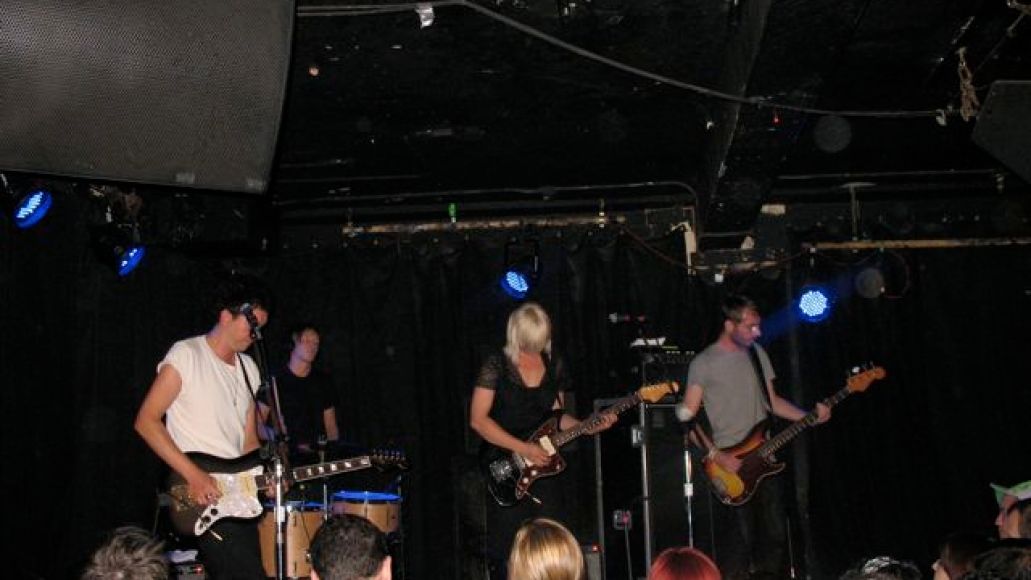 But as the wait for The Raveonettes stretched from 25 to 30 to 45 minutes, restlessness seemed to overtake the crowd. Not surprisingly (given the band’s cult following), the place was packed, and folks were becoming antsy. Though the AC was pumping hard, the 85-degree temperatures and humidity outdoors seemed to have infiltrated the performance space. The longer the stage set up took, the more annoyed I (and quite a few of those around me) became. At one point, a voice yelled out “Bring ‘em on stage now!” For my own part, I was close to yelling out “I am too old for this shit!” several times.

Thankfully, Sune Rose Wagner and Sharin Foo took the stage a few minutes later, along with the rest of their band. Dressed simply –- Wagner in a white t-shirt and black jeans, Foo in a simple black dress –- they eased into the ballad “Hallucination”, off 2008’s Lust Lust Lust. I felt myself and the rest of the crowd grow a bit calmer. It wasn’t long before the band unleashed their famous fuzzed out guitars. Things sped up when they launched into drag racing anthem “Dead Sound” (also off Lust). “Let’s Rave On” and fan favorite “Attack of the Ghost Riders” followed, completing a caffeinated trifecta.

They slowed things down a bit for the seething “Black/White”, with its infectious bass line and chorus of “yeah, yeah, yeah” and My Tornado’s laconic lyrics “come on now, do that thing, you do so well.”

The great irony of this tight and remarkably confident band is how they manage to work a crowd into frenzy, while remaining calm and steady on stage. The Beatle-esque intro of Love in a Trashcan drove the masses wild before a note 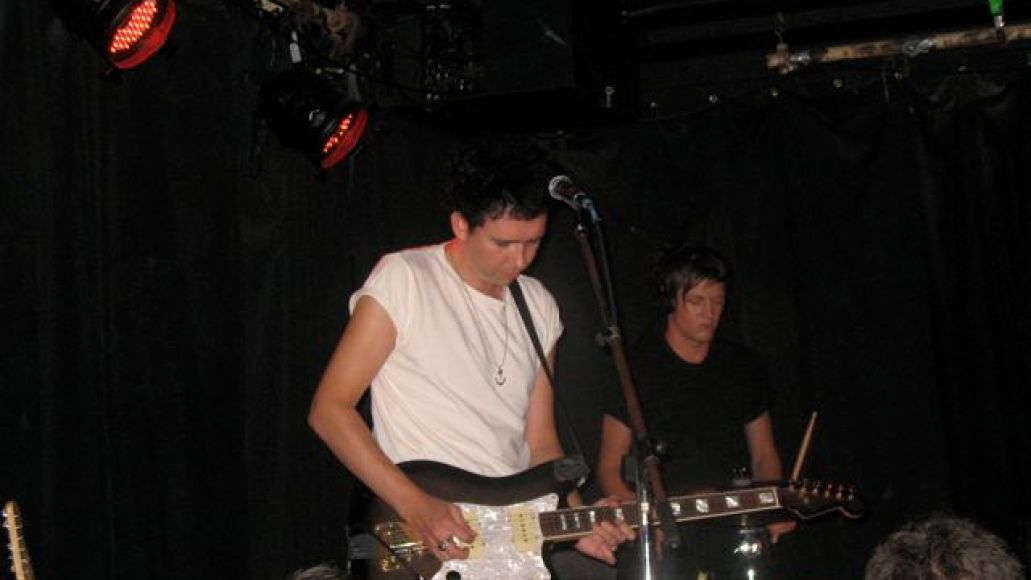 The spooky, trip-hop-like “Aly, Walk With Me” closed the pre-encore festivities, as Foo reminded the crowd of the band’s Lolla gig on Sunday. They returned to the stage for an encore of fractured love song “That Great Love Sound” and glam-rockish “Twilight”.

The band also introduced two songs from their forthcoming album, In and Out of Control, which is due October 6th. The first was a fairly straightforward number called “Last Danc”e (think ’50s bubblegum pop, plus lyrics about a drug overdose). Similarly,”Suicide” features Phil Spector-like production, but sample lyrics like these: “your boyfriend’s mean and your mom’s a bitch”. Good times, as only The Raveonettes can dole them out.

Lolla Aftershow: Raveonettes fuzz out the restless at the Empty Bottle (8/8)