This month’s issue of Melt Magazine is quite interesting. After all, where else can you find Modest Mouse as a trio with beards? That’s exactly what volume 5, issue 11 features.

The catch? It’s not Modest Mouse, it’s Band of Horses. 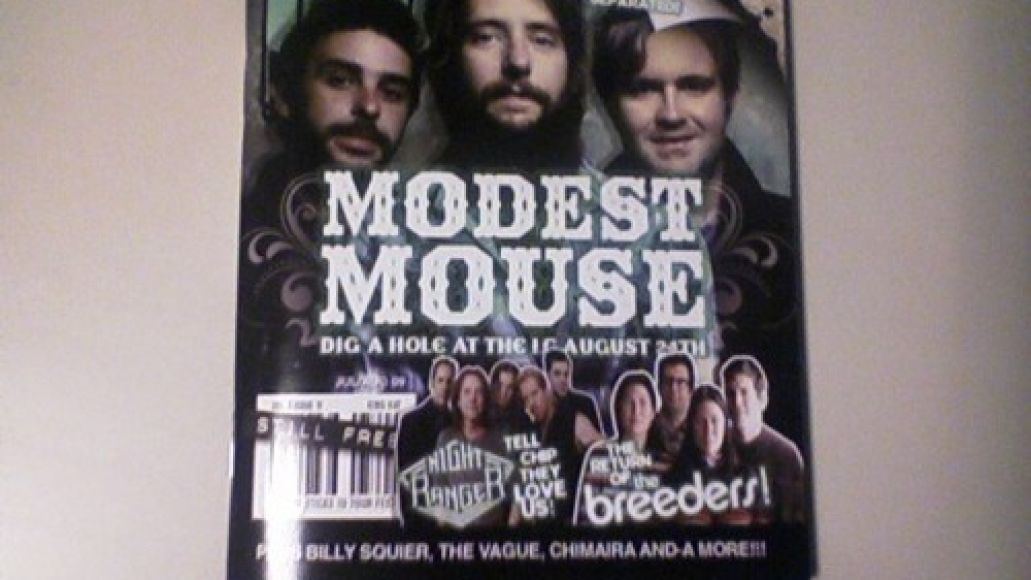 While it wouldn’t take long to realize the flub, Donewaiting.com reported the blunder first, much to the dismay of the Ohio publication. Melt publisher Kevin Grim reacted by offering a long-winded explanation for the mishap on the publication’s MySpace page. In the process, Grim also managed to unleash a slew of insults in the direction of Donewaiting poster BillyDeeWhitehall for finding additional mistakes.

“dude obviously has noting better to do than to rag out the honest (albeit massive) mistakes of others. We’d honestly be surprised if he made it out of his mother’s basement this year because [h]is jizz-and-Pringles-covered jammy pants are permanently adheeeeezed to his $35 Staples office chair he’s been sitting in for the last 4[,]000 tube8 sessions, and his Doctor Who t-shirt is so dirty and stiff he can no longer put his arms down far enough to open the door to get out.”

Although Grim probably wishes the mistake was caught more than two days prior to print, he found the silver lining, saying, “we’re just excited that it’s generating so much interest in our little rag.”

Melt mistakes a Horse for a Mouse ...