For anyone who grew up listening to The Beatles‘ LPs released by Capitol in the United States, the actual chronology of the Beatles songbook has always been a bit confusing. From the first U.S. release of Meet the Beatles in 1964 until Revolver in 1966, American Beatles albums were tremendously different from their U.K. originals. Albums such as Yesterday & Today, Beatles ’65, and Something New were assembled haphazardly from fragments of U.K. albums, singles, and EPs, while actual albums such as Help! and Rubber Soul had reordered track listings and swapped songs. American audiences weren’t experiencing Beatles releases in even remotely the way they were intended, and the Beatles themselves were none too pleased.

When The Beatles’ catalog was reissued on CD for the first time in 1988, the original U.K. albums were maintained. (The one exception is Magical Mystery Tour, which had been a double EP in England, and was fleshed out into a full album in the States via the inclusion of five prominent singles.) This adherence to the original album track listing caused an interesting side effect. Several major Beatles singles that American listeners had taken for granted as being a part of albums were no longer included on any of the LPs. Mainstays such as “She Loves You”, “I Want to Hold Your Hand”, and “Day Tripper” had only ever been released as singles and on compilations in the U.K. Later, this would be the case with singles like “Hey Jude” and “Lady Madonna” in both countries. In order to fill the need for these and the many other non-album singles and b-sides within the Beatles CD catalog, the Past Masters albums were created.

Since the 1988 CD release, the two Past Masters volumes have become a necessity for Beatles listeners to complete their songbook without owning any unnecessary compilations. All key singles are present, as well as alternate versions of later releases, and eclectic b-sides. Now that the world is made brighter by the Beatles remasters, the two volumes of Past Masters have been consolidated to one double-album, for the first time since 1988, and refurbished to stereoscopic glory. Past Masters is included as part of The Beatles Stereo Box Set, but an alternate version has been compiled for The Beatles in Mono box set, called Mono Masters. Mono Masters is 34 tracks to Past Masters‘ 33. While the first disc of earlier tracks is the same track listing, the second disc has the stereo-only tracks swapped out in favor of mono versions of the four songs recorded for Yellow Submarine, an album not included in the mono set. Confused yet? 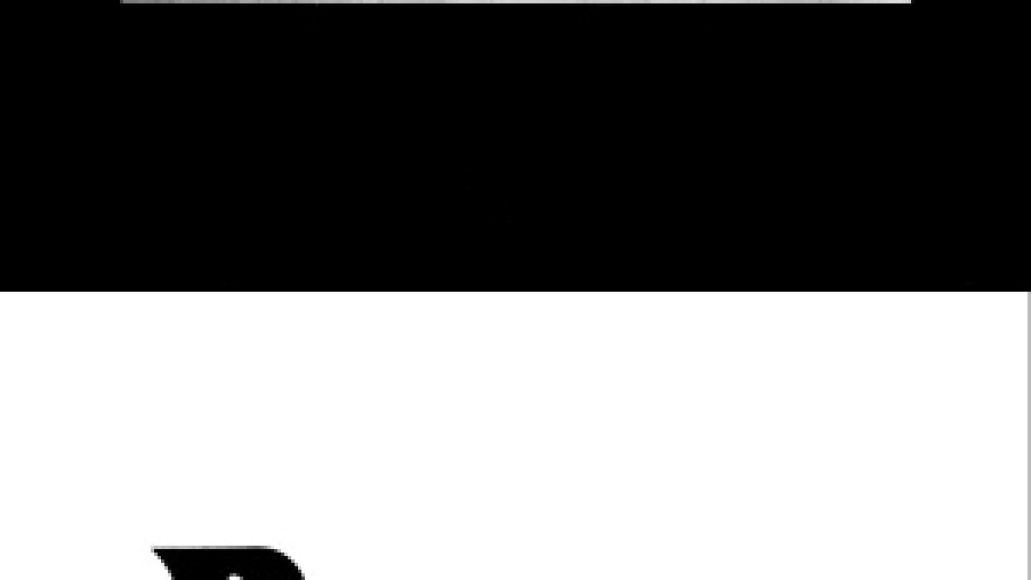 Past Masters disc one, formerly Volume One, spans The Beatles earlier years and opens with the original single version of “Love Me Do”. What separates the Past Masters version from the cut on Please Please Me is that Ringo Starr plays drums on it. George Martin didn’t care for Starr’s drumming on this original version resulting in the final, album version being recorded with a session drummer and Starr on tambourine. “Love Me Do” is one of four tracks on Past Masters that couldn’t be rendered in stereo, making the transition to the stereo versions of “From Me to You” and its b-side “Thank You Girl” an interesting experience. Hardcore audiophiles have much to say on the subject of mono to stereo preference, and for good reason: It’s a very different experience than what was originally intended. I haven’t had the opportunity to compare the stereo to the mono mixes, but I can’t find any fault with the warmth, depth or quality of the stereo remasters. Call me a young upstart, but the now “classic” instrumentation on the left, vocals to the right layout of these and other early tracks makes me smile.

As with all the remasters, Past Masters comes with a posh booklet filled with high quality pictures and an historical notes by Beatles expert Kevin Howlett. The photos are terrific and the compilation’s career-spanning breadth allows for Howlett’s insights to cover the whole Beatles timeline in one go. Take this sociological perspective on “She Loves You” for example:

“At the time, one of the most famous things about “She Loves You” was how frequently they sang the word ‘yeah’ (29 times!). It was an uncontrived use of a colloquial word but in an England that was not quite ‘swinging’, it seemed a novelty …daring even.”

In addition to the hit singles “She Loves You” and “I Want to Hold Your Hand”, the German language counterparts, “Sie Liebt Dich” and “Komm, Gib Mir Deine Hand” are present on the album. Howlett notes that “Komm, Gib Mir Deine Hand” is simply the instrumental track for “I Want to Hold Your Hand” with new vocals, but “Sie Liebt Dich” is an entirely new recording. Different vocals are reason enough to include multiple versions of songs, but Past Masters features single versions of tracks that differ in varying degrees from their album counterparts. An extreme case is the scathing rock protest ballad “Revolution” in its originally released single form, sounding as raw and relevant as ever (the more laid-back first take of “Revolution” was released later on The Beatles as “Revolution I”). More subtle differences can be found in four tracks from what would become the Let it Be sessions, released as early single versions: what’s known as the “Wildlife Version” of “Across the Universe” (a slowed-down version of the same take as on Let it Be with bird sound effects at the beginning and end), a version of “Let it Be” (the same take as on the album but without the Phil Spector production and a different guitar solo by George), finally an un-Spectorized take of “Get Back” and the scrapped Let it Be track “Don’t Let Me Down” (later reinstated in Let it Be… Naked), both featuring Billy Preston on the electric piano (the only time the Beatles credited someone’s name alongside theirs on a single). 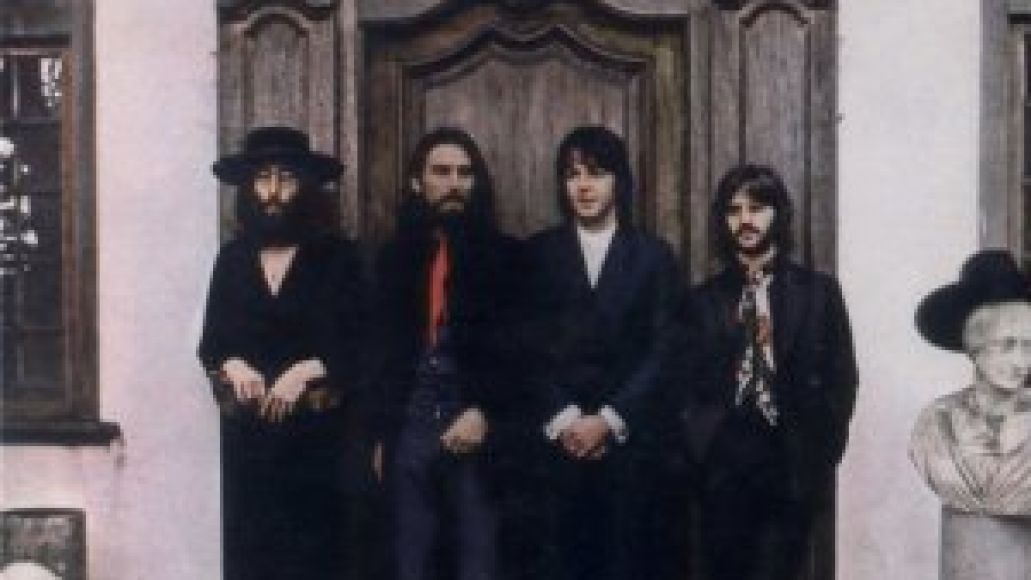 The second disc of Past Masters features key components to what American listeners knew as the Hey Jude album. Hey Jude was a compilation released in-between Abbey Road and Let it Be by Apple and Capitol in the U.S. to compile the slew of late ’60s Beatles singles that hadn’t appeared on any L.P.s. Though the album awkwardly starts with two A Hard Day’s Night tracks previously absent from Capitol’s releases, the rest of Hey Jude is a terrific arrangement of late Beatles singles: “Paperback Writer”, “Rain”, “Lady Madonna”, “Revolution”, “Hey Jude”, “Old Brown Shoe”, “Don’t Let Me Down”, and “The Ballad of John and Yoko”. Past Masters includes all these tracks as well as b-sides overlooked by Hey Jude, such as George’s Eastern-influenced “The Inner Light”, Paul’s R&B jam,“I’m Down”, and John’s 50s-style ballad “Yes it Is”. Also present in Past Masters are all the tracks from The Beatles 1964 EP, Long Tall Sally –- three R&B covers and the Lennon/McCartney track, “I Call Your Name”. Past Masters‘ collection of songs is nothing short of massive in its diversity and quality. What other band’s b-side catalog could look so good? 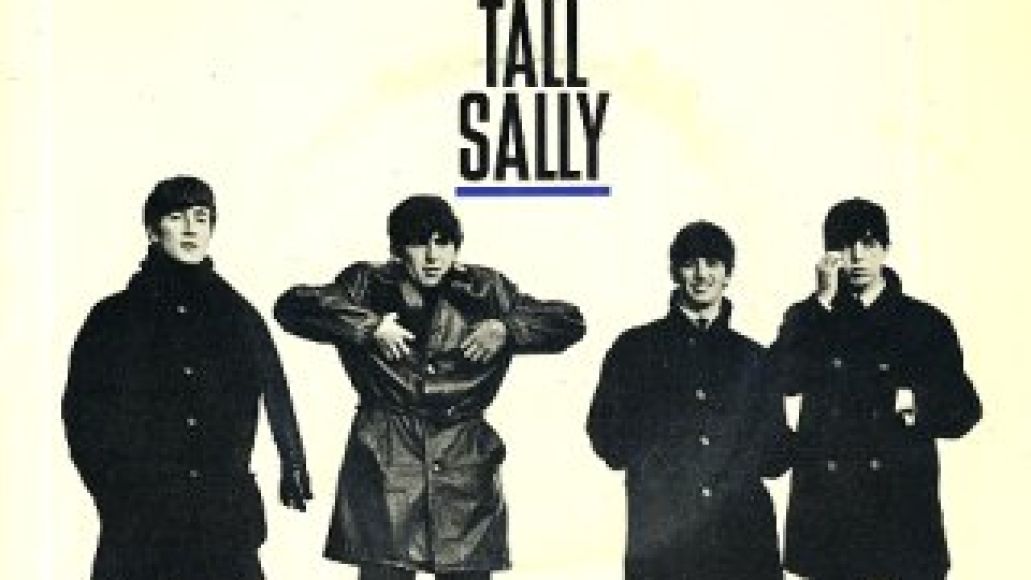 “You Know My Name (Look Up the Number)” is perhaps the most eclectic of all Beatles b-sides. Borrowing a page from their friends (and Magical Mystery Tour co-stars), The Bonzo Dog Doo-Dah Band, the Beatles render a spastic, comedic song skit parodying cabaret crooners (with the Rolling Stones’ Brian Jones on saxophone). The track is goofy, crazy and undeniably fun, marking a rare point of spontaneity and boyish fun between McCartney and Lennon during some very dark times in their relationship. “You Know My Name” was originally issued in mono and inexplicably remains so, despite Anthology 2 having an extended version with stereo elements. Considering “You Know My Name”’s many varied vocal elements, the lack of a stereo version marks the one true let down of the remastered Past Masters.

Past Masters is more of a necessity than a thing of brilliance. The songs are indispensable, ranging from very good to legendary, so it seems awkward to trap them on a compilation. Granted, arranging them on Past Masters is a far better solution than tacking them onto the end of the primary LPs as bonus tracks, but on the other hand it seems a shame that the tracks don’t get to be experienced within the Beatles chronology. I won’t listen to Past Masters because it’s an amazing compilation with impeccable cohesion between tracks, only because the songs by themselves are terrific. So make your own mix tapes/CDs or playlists where the songs segue between albums, recreate Hey Jude — anything you like, whatever it takes for you to savor how phenomenal these tracks sound. 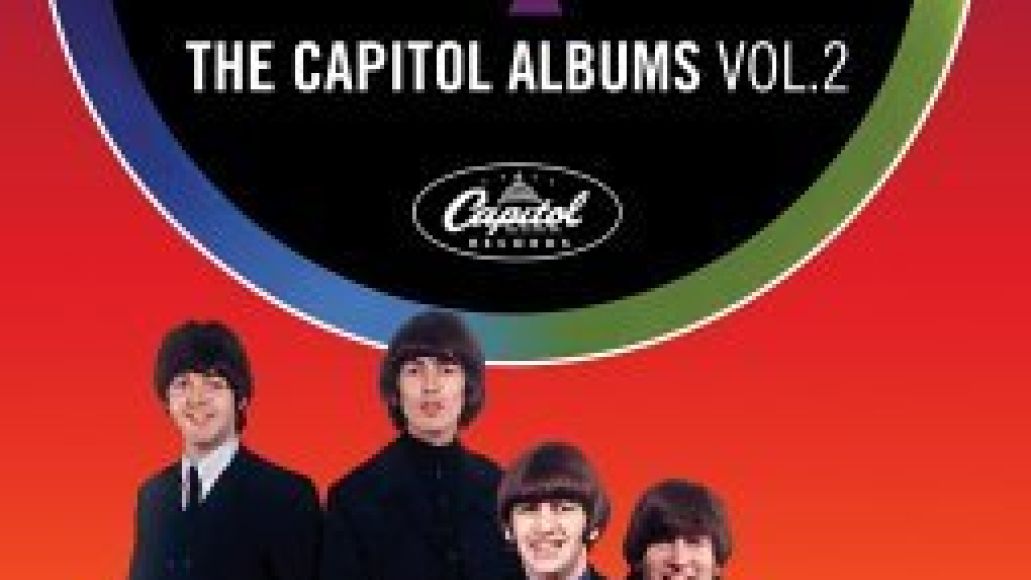 The finality of The Beatles Stereo Box Set with Past Masters as clean-up for musical loose ends raises a few questions. What about the two “Beatles” songs, “Free as a Bird” and “Real Love”, created for The Beatles Anthology TV miniseries in 1996? They can be found on Anthology 1 and Anthology 2, respectively, but an inclusion as part of Past Masters seems logical. Are they not considered part of the Beatles core catalog? There’s also the small matter of the scores for A Hard Day’s Night and Help!. George Martin’s score for Yellow Submarine appears within the Stereo Box as a part of the album, and the tracks are brilliant. Why not then also include the four tracks of Martin’s score for A Hard Day’s Night (featuring orchestral renditions of Beatles songs). They were included on the U.S. pressing of the album and haven’t been released since. Ken Thorne’s incredible James Bond-influenced score for Help!, performed by the George Martin Orchestra, had five tracks included on the U.S. version of the album, as well as a version of “Help!” with a cinematic opening fanfare. Fortunately those tracks have been released on CD, but only as a part of the 2006 reissuing of Capitol’s Beatles catalog. Am I ungrateful? Certainly not. The remasters are brilliant and I couldn’t be happier. Just consider these missing tracks food for thought – extra treats to be on the lookout for.