A betting man would wager that Billy Squier must toss and turn like a war vet through many a sleepless night, plagued by visions of a long-buried tragedy. Instead of bombs and bullets, though, he’s haunted by silk sheets and mirrors, pulling him further and further into rock ‘n’ roll suicide. When he wakes up, sweating to the strains of “Rock Me Tonite”, he knows it’s all real, and that’s when the real nightmare begins.

In the early eighties, Squier had a pretty decent career going, with songs such as “The Stroke” and “Everybody Wants You”, until he shot the laugh-fest that would become a perennial contender for worst video ever. Directed by Kenny Ortega, “Rock Me Tonite” is one of those once-in-a-blue-moon ‘”artistic visions” capable of killing a career. You really have to wonder what they were thinking. The eighties were corny, but this was a touch too much, even for then.

This little car wreck begins with a shirtless shot of Squier, waking up on a bed of silk sheets. After he gets up, he puts on a pair of drawstring pants and a shirt straight out of Flashdance, before the beat picks up and he segues into some of the most intense finger snapping ever caught on film.

After that, it gets ugly. 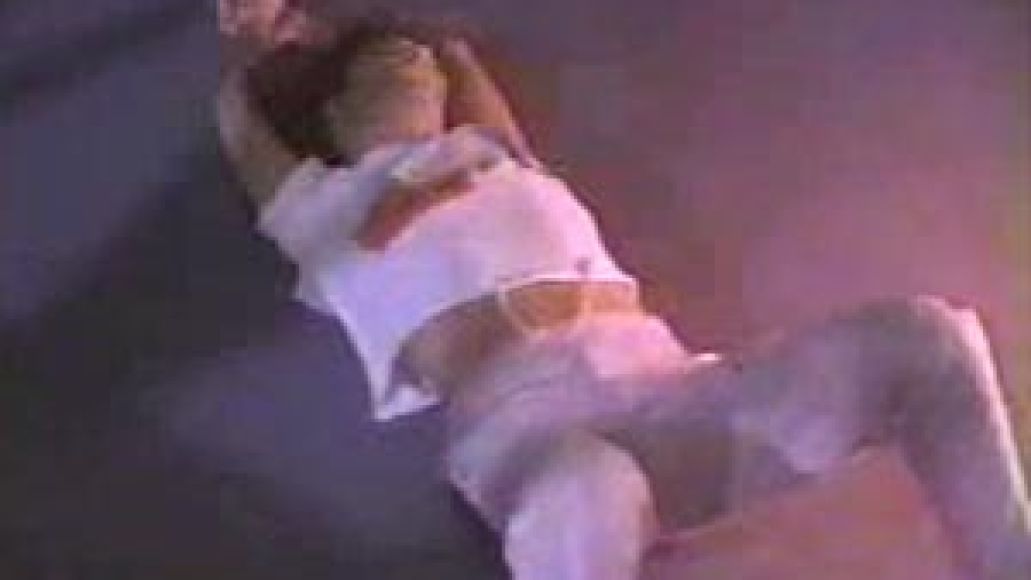 Looking like a more feminine, less coordinated Jennifer Beals, Squier proceeds to crawl along the carpet and roll over, thrashing his arms and body in the air –- a scene that was apparently so dramatic that it required a moment of stop-motion. At this point, you’d think that someone at the shoot, or at least the editing team, would have tried to put an end to the madness before things really got out of hand.

But no, the visual carnage continues with an overhead shot of some form of maniacal skipping, before we zoom in for a closeup of Squier ripping off his shirt. This scene not only ends in a moment of stop-motion, but carries so much impact that it’s shown twice.

All this in the first minute and a half.

After another shirt change, viewers must still endure three more minutes of some of the cheesiest dance moves known to man, and by the time the bedroom scene shifts to another room, where Squier and his band mates rock out on a makeshift stage, you’re either too teary-eyed from laughter or too much in shock to notice.

It’s been over 20 years since “Rock Me Tonite” first aired, and although Squier’s career was never the same, he still performs. Time really does heal all wounds, even for a musician whose most embarrassing moment was immortalized on film. Of course, he can always hope that people have somehow forgotten just how bad the video was and will remember “Rock Me Tonite” as a decent song, instead of a nausea-inducing piece of celluloid. If not, there’s always the old rock star standby: Whether it’s true or not, when all else fails, blame it on the drugs.