Here we are, back at 1994, when the punk was punk and the grunge was an alternative. It was a hell of a time for film soundtracks, every musical genre was retrofitted to movies, seamlessly holding them together, sometimes by a thin stream of consciousness (Lost Highway), or other times when the film enhanced the sounds of a depicted era (Singles, The Crow). Somewhere in the shuffle of this decade between hair bands and nu-metal, a movie came around that not so much defined a generation, but instead became both the vulgar parody and direct reflection of it: the low-budget, oft quoted, bewilderingly dialog-heavy Clerks. 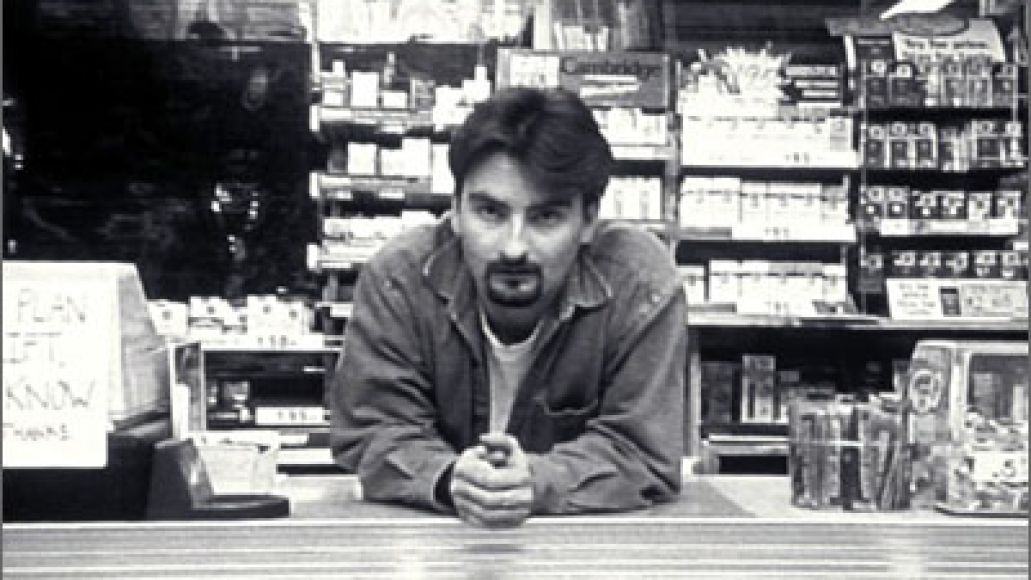 While the film is loaded with clever retorts and obscene commentary on pop culture, most people seem to neglect Clerks as a musical entity. Chock full of staple acts like Alice In Chains, The Jesus Lizard, and Corrosion Of Conformity, tucking plenty of film quotes in between, it’s a known fact that Smith and Mosier spent $28,000 on acquiring the rights to use the music they picked (the film alone only cost them $27,575). After all was said and done, a music video got produced in tandem for Soul Asylum’s “Can’t Even Tell”; filmed on location at Quick Stop, wrapped around a roof hockey reference, good times are to be had by all.

The Clerks OST sums up everything about ’90s young adult derision and its impact on society, complementing attitude with amplitude and allowing room for both witty quotations and suitable background audio. There are obvious moments where a song makes the scene, such as the quintessential opening credits featuring “Clerks” by New Jersey alt-rock outfit Love Among Freaks. The movie became a vehicle for the band, in part, as they also performed the soundtrack inclusion “Berserker”, and reappeared on the non-existent soundtrack to Chasing Amy. Unfortunately, Love Among Freaks only released one full studio album before dissipating into nostalgic bliss.

Other pivotal moments include: the introduction of Jay & Silent Bob receiving the Girls Against Boys treatment, “Kill The Sex Player” — a stoner rock tune (how appropriate) with plenty of fuzz and bass along for the ride; Jay attempting a break dance routine to the sound of Stabbing Westward’s “Violent Mood Swings [Thread Mix]”; the entrance of Randal Graves is accented by Alice In Chains’ bluesy “Got Me Wrong”, gelling his ultimate slacker persona for decades to come.

The Jesus Lizard’s “Panic In Cicero” is played during the fight scene between our lead ‘actors’, after Dante finally grows balls and strikes back (yes, we quote Star Wars too) against Randal’s hilarious but chaos-inducing behavior. This song could not be more appropriate for the biggest action scene in the film. Between covering classic rock tunes (Seaweed’s “Go Your Own Way”, Golden Smog’s “Shooting Star”), and twenty-somethings’ disdain for monotony they cannot seem to give up, what you get is a soundtrack to rival archetypal examples like Empire Records, Singles, and Reality Bites. To quote Randal Graves, “People say crazy shit during sex…one time I called this girl ‘Mom'”.  It probably has nothing at all to do with concluding this article, but if you were finally given an excuse to use it, would you not?

I worked at a convenience store for three years, set off fireworks in the parking lot on July 4th while blasting Bad Religion out of my van’s factory speakers, so needless to say this soundtrack and film bring back memories. Draw your own conclusions, then go listen up, have a ‘free’ Gatorade, and remind yourself why harassing the customers is fun, no matter what you do for a living in your twenties. Even Nick Hornby and Cameron Crowe would approve.