What is it about the blues that draws us together? For the 9,000 or so drenched fans that attended this years Blues and Brews Festival it was the need to let go one more time before they hunkered down for the winter. Light snow dusted the tops of the peaks that surround Telluride Town Park in Telluride, CO, and with monsoon season in full swing, the weather showed its every side. The long rainy periods would be relieved by a tease of warm sun and blue skies only to go back again. Sunday even saw pebbles of hail as Bonnie Raitt’s first set was in full swing. That didn’t phase anyone however, not the bands nor the fans, even if you had to throw on a hat and gloves.

Three days of music and beer were back again, with Saturday tickets selling out like they do every year. Three hours of free beer and Buddy Guy would excite anyone; I mean, would you say no? While there were some unfortunate last minute line-up losses with Xavier Rudd and St. Jude, organizers were quick to fill the gaps by grabbing Colorado natives Big Head Todd and the Monsters (and by giving Lubriphonic some stage time the day before their late night jam).

Friday kicked things off with a little sunshine and some serious harmonica from Jason Ricci and New Blood. Looking like a scrawnier Billy Idol, Ricci showed his southern-fueled blues-rock chops with scorching harmonica solos, not to mention the huge guitar sound coming from Shawn Starski who was proving his 2008 ranking as one of the top ten new guitarists, according to Guitar Player. Everyone was riled up and enjoying the last moments of dryness before the field was swamped with rain.

Otis Taylor’s African Orchestra proved to be one of the best sets of the day. His African-inspired blues kept the Animal House-like atmosphere that was in full swing going, peaking with a harmonica battle between Ricci and him. At one point, he disappeared, only to show up again at the front of the crowd, leaning over the stage alongside Ricci, as the two passed licks back and forth. 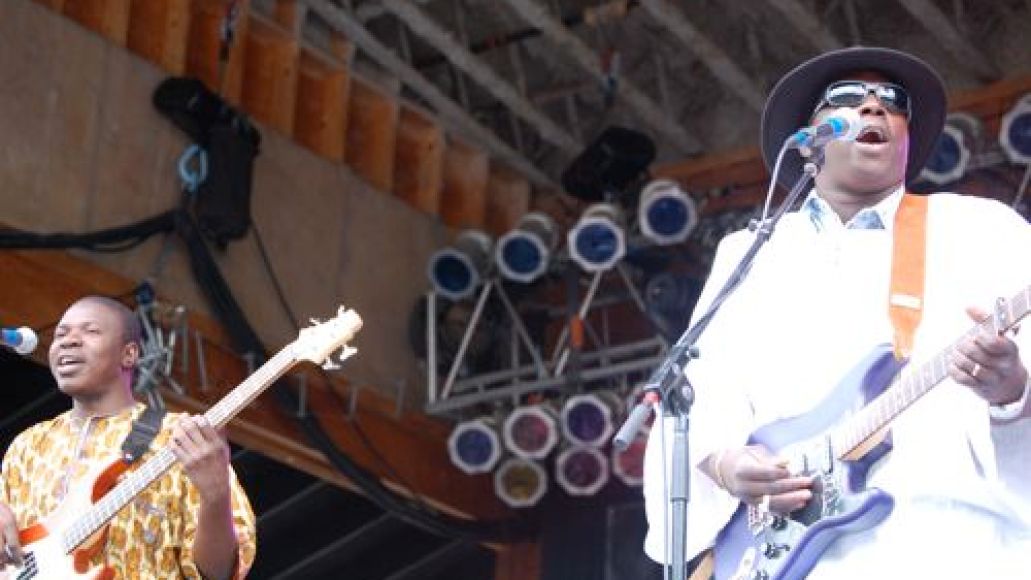 By this point, the electrified masses were soaked, and the reoccurring mud pit-come-dance floor was forming in the right front corner of the field. Big Head Todd and the Monsters stepped up for the challenge of keeping everyone moving, and were quite successful. The clouds let up, but you could see your breath in the air as the temperature dropped. However, Todd’s blend of 90’s jam rock managed to keep everyone warm. Not bad for a band that until two weeks ago wasn’t even playing. In retrospect, they are local favorites.

Jackie Greene stepped up next with his sleek guitar moves and Dylan-like swagger. The rain returned, making Greene’s killer cover of The Beatles “Don’t Let Me Down” even more perfect. The set was awe-inspiring indeed, even rivaling the night’s headliner, Joe Cocker. 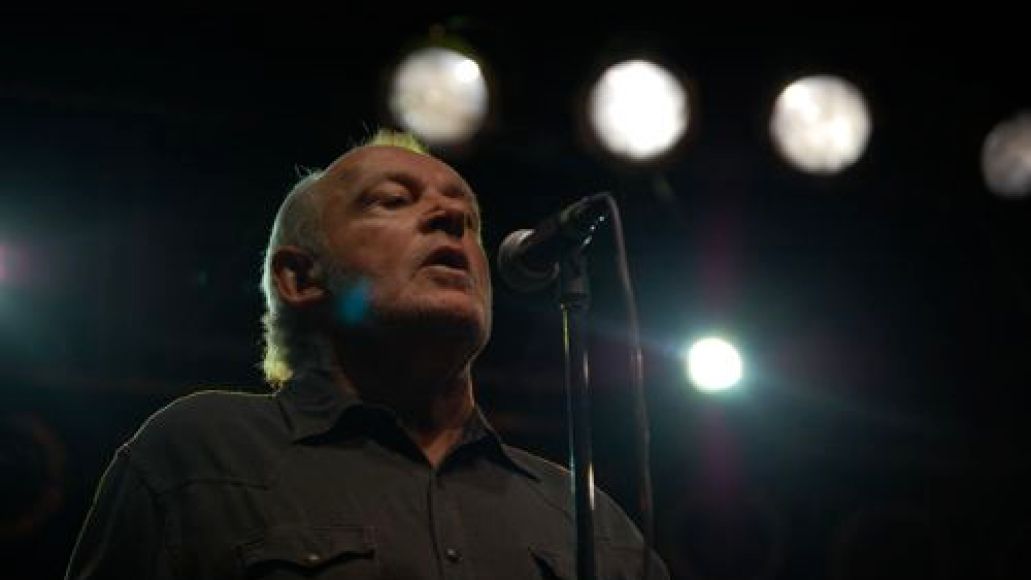 Joe is getting old. If you couldn’t tell that from his cameo in Across the Universe, you could Friday night. That didn’t matter to most, however. As the waterfall from above grew heavier, people bundled up and huddled together for a great moment: Cocker’s raucous rendition of “Feelin’ Alright”. He had it down, everything from the trademark shaking to the painful looks in his face during every gritty note and yell. And man, did he sound good. With another Beatles take, this time with a sleek rendition of “Come Together”, that heavy and infamous bass line rang out into the night. While he carried on, the weather grew worse, though many remained standing. Of course, for some, great songs can’t compete with warmer places.

Saturday would prove to be the unruly day that it always is — after all, it’s the actual weekend. This meant people thoroughly enjoyed the festival’s other half, the brews, which were flowing like a river. Over 150 beers in all kept patrons busy while the funk and R&B played in the background. Musically, the day would bring the best bands of the weekend. So, having said that, let’s put this in perspective, shall we? Lots of excellent, rare beer and lots of excellent, rare music. In other words, heaven for the greater majority, and boy did they treat it like that. In retrospect, Saturday felt like that toga party scene in Animal House, only for 9 hours and much muddier.

People were slipping and sliding from brewery to brewery, throwing mud, and sipping everything from oatmeal stouts to apple ales and I.P.A.’s galore. Over on the stage, however, one of the weekends best acts was in full swing. Coming from Mali (that’s in Africa in case you needed a globe), Vieux Farka Toure enthralled the audience, and milked the tame weather for all it was worth with their African funk jams.

Anders Osborne and his big old beard added a dose of psychedelics to the blues with a little help from a sousaphone and drums for the rhythm section. An interesting combo to say the least, with the unique piece of brass being a perfect base . That, along with his fancy fret work, sucked you in well enough and stole the show. 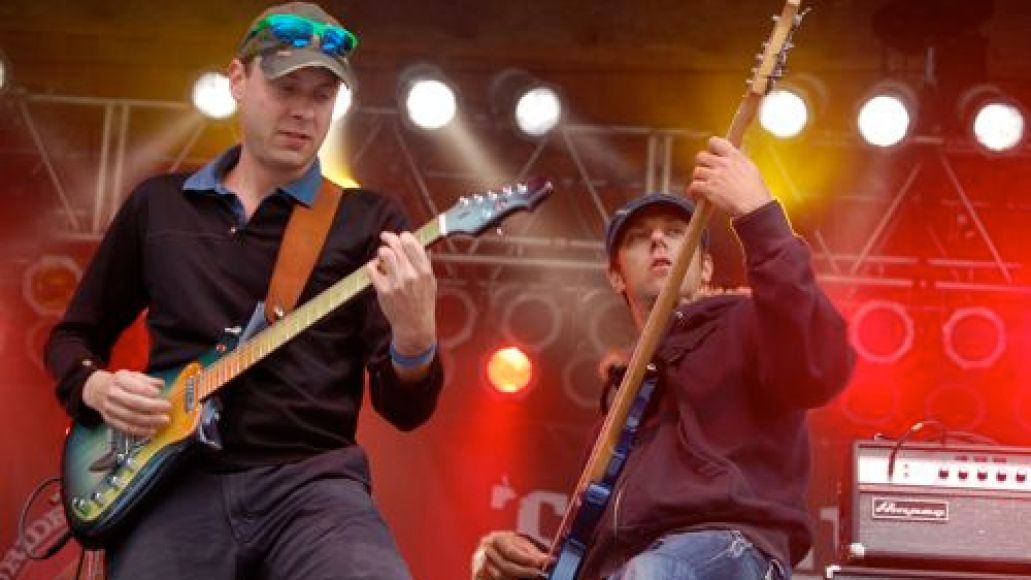 A little less blues, a lot more jam, Umphery’s McGee brought a mellower than usual set to the stage. With a little more focus on their earlier days, the set brought out some good old-fashioned rock and roll. It seemed to work, though, and everybody was getting into it, but then again, everyone was loaded anyhow. It made sense why Umphrey’s toned it down though. They would be saving the more progressive set for their late night show, where they busted out the heavy jams and electronics for all the noodle dancing hippies out there. Instead, the day was centered around the Buddy Guy side of music, which meant were longer, Guy-inspired jams, in addition to old school covers, all leading up to the night’s hero.

Buddy Guy is a beast. Not only can he steal a show, he can steel a weekend, playing all the right songs with all the heat of his hay day. He had soul, he had energy, and he played the style of blues-rock he set to stone. Talk about a perfect night for a well lubricated crowd. Sheesh. 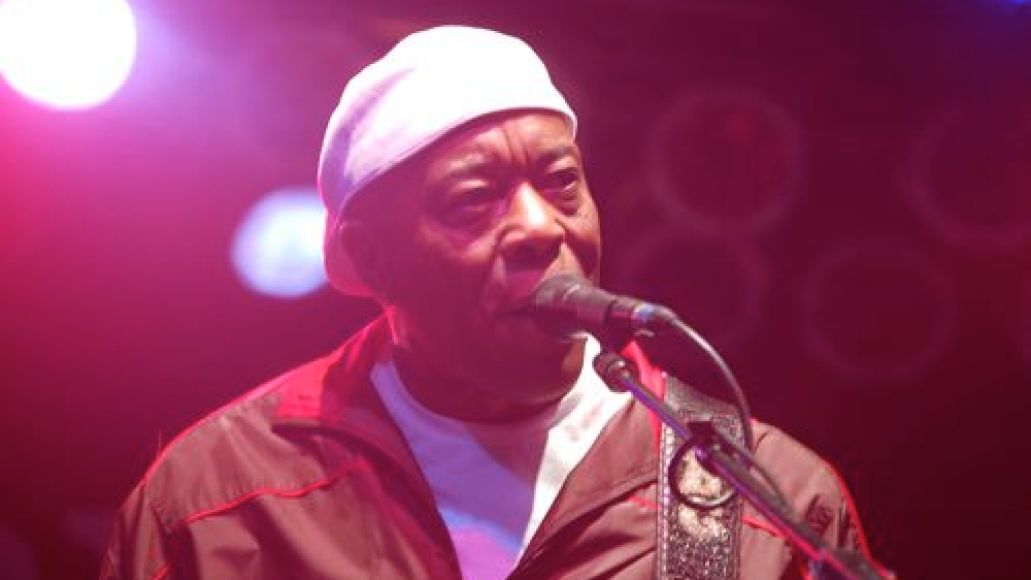 The closing day would be one for the books, so a huge pat on the back for everyone that stuck around, which seemed to be, well, everyone. It rained like hell, and after a fleeting moment of blue skies, the clouds rolled back in, reflected the sunset, and followed with some pebble sized hail. Earlier sets lucked out, with the Lee Boys and Super Chikan and the Fighting Cocks bringing in some barnyard, delta blues. Steel slides and funky homemade guitars helped narrate the story telling and rowdy jams.

When the weather turned, however, so did the music. During the worst of it, Ryan Shaw had to step in for a quick line up change. Yes his voice was incredible, but what people needed was something to keep warm and move to — not slow R&B. As a result, people fled for warmer pastures. Even Michael Jackson’s “Man in the Mirror” couldn’t keep people from seeking shelter under tarps and in their hotel room just a couple blocks away. 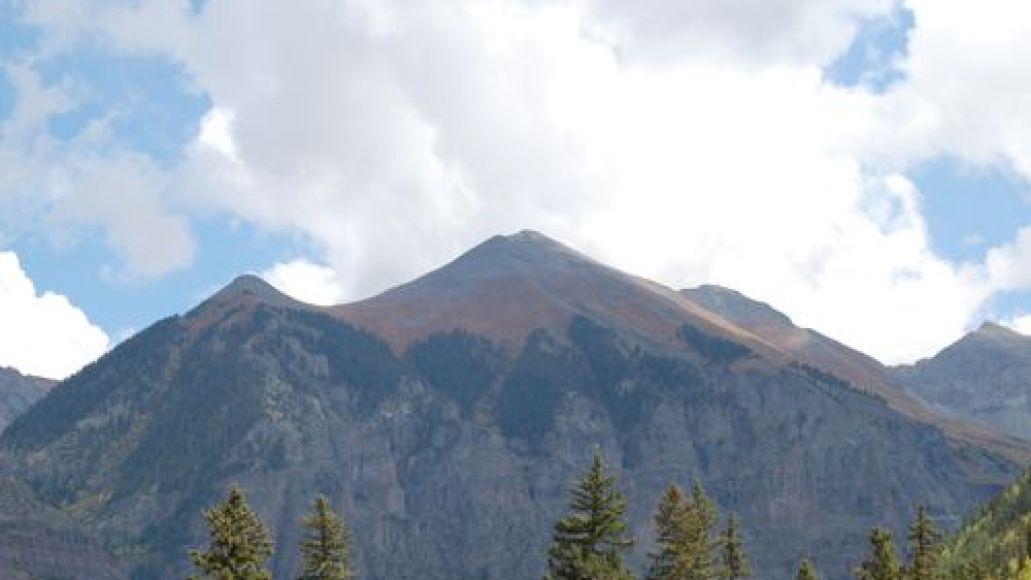 Relief came with the weekend’s final spectacle, the Bontaj Roulet. Billed as such, it was a combination of Bonnie Raitt and Taj Mahal each playing solo sets, then coming together at the end for a Prairie Home Companion kind of stage show. Thus, the crowds returned.

While Mahal is indeed a legend, Raitt would blow his more traditional set out the water. The songs were technically impressive, but his energy took a while to kick in. Yes, both are very professional, but Raitt is a true performer, beckoning the crowd in her sassy country way. Even the old tired songs came to life with everyone in the house singing all the words. Her energy was huge, as it ebbed and flowed from her to the audience and back.

When it came time for the Bontaj, Mahal was much more alive, having put down the guitar (and opting for a lyric sheet this time). Throughout the set, he and Raitt would beckon and call eachother with classic country blues duets, and this collaboration bled into their solo numbers, as well. The duo proved to be a celebrated finish for the festival and a real treat for the weathered and muddy audience. It didn’t matter that it was 40 degrees, it was only a minor detail compared to the two powerhouses on stage.

Looking back, Blues and Brews really is a beautiful experience. There’s a dynamic between artist and patron that doesn’t seem to exist at any of the other festivals out there. It’s a meeting place for long time friends both in front and back stage. The music is chosen to fuel the party, and strays far from the summer festival pissing match. It’s about the music, and this year proved to be no different with headliners and day sets that brought all they had, even through some of the worst weather the mountains could muster. But that’s just how it goes at Blues and Brews, and the patrons, knowing this, return year after year. It’s true, you just can’t deny the Blues. 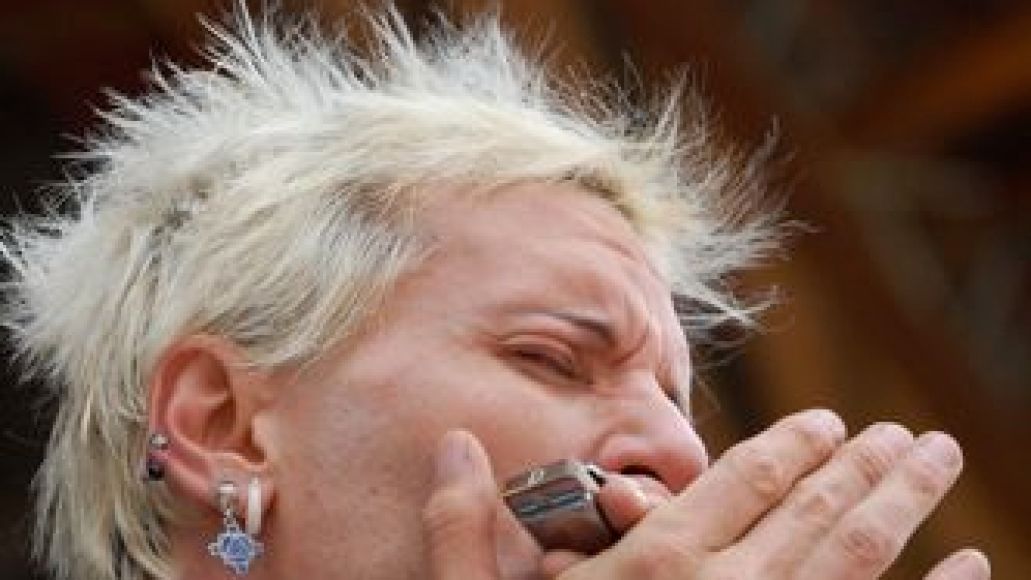 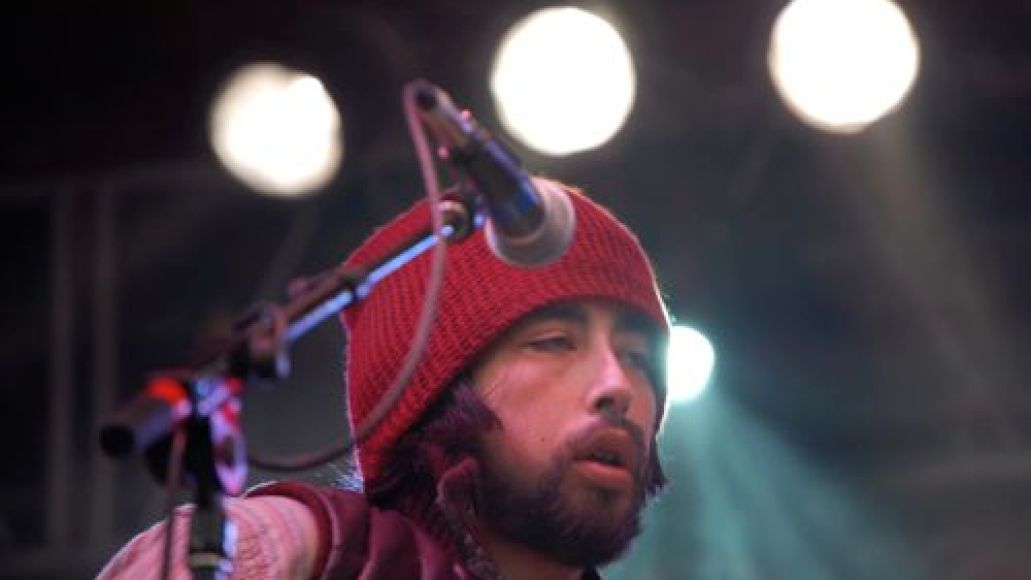 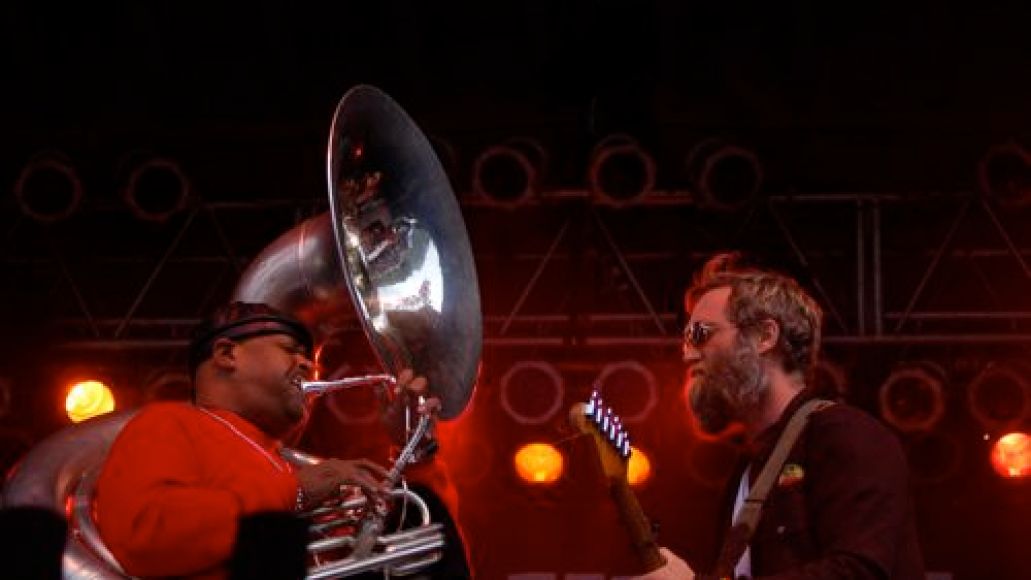 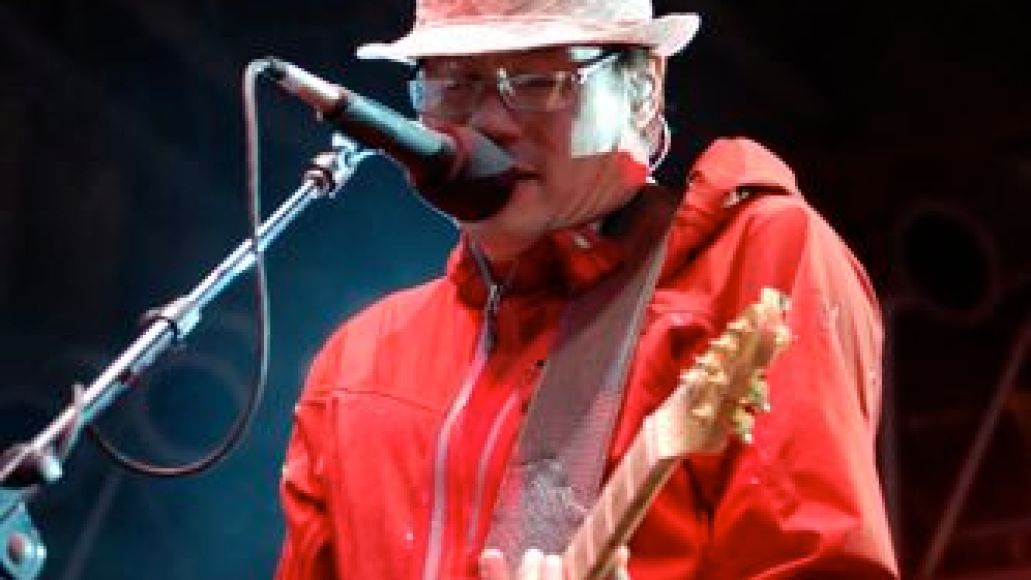 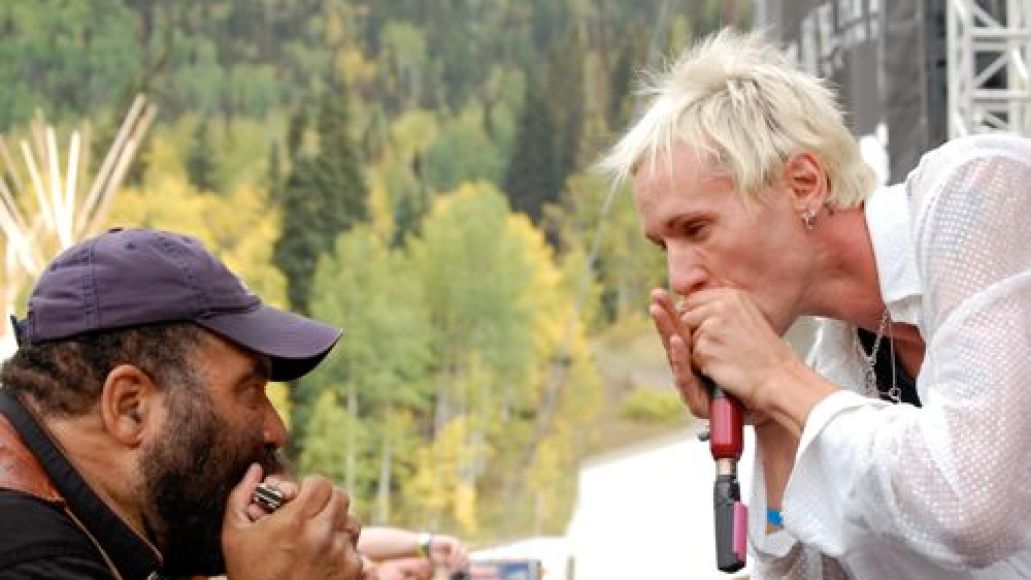 Singing lessons are a great way to improve your vocals with tips from a certified instructor.