The Soho Studios in Miami’s Wynwood Art District is home to numerous art galleries and local bands throughout the year. Now, whether these events are always as successful and entertaining as they want to appear is a horse of a completely different color — correction, light spectrum. Take, for example, this past Saturday’s Future Classic Festival (FCF), which promised to present to the hungry local youths what their website described as “a revolutionary event experience combining music, art, dancing, action sports, video gaming and much, much more.” 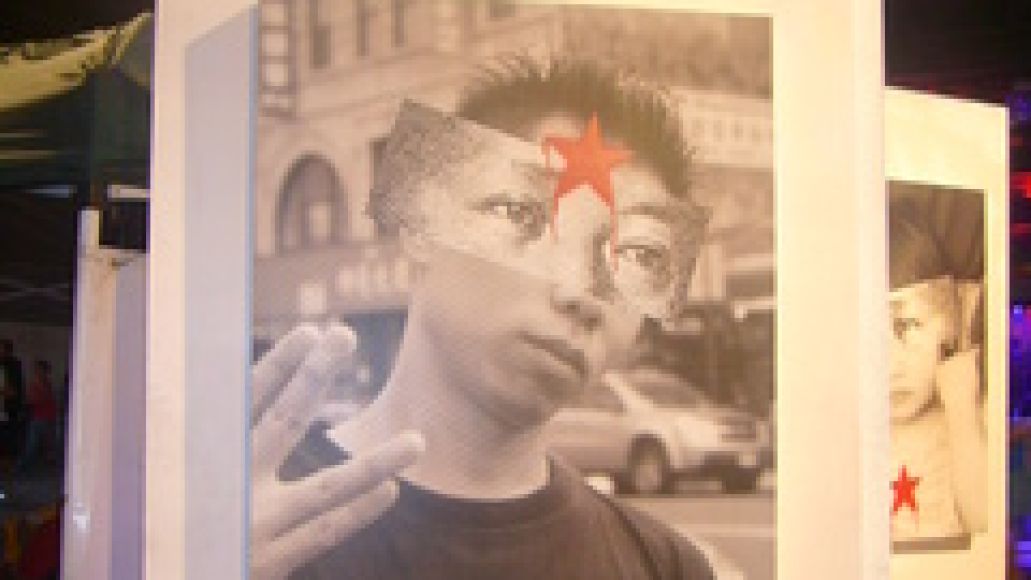 Alright, so they had music, kick-ass visual artists, they threw some chicks in leggings and phat sneakers out onto the dance floor, a seven-year-old patrolled the grounds on a skateboard, and there was an area infested with Rock Band setups. But really, does this make for a great festival? I don’t think so. Not for one millisecond. In order to make the breakdown of faults easy to digest, I’ll start chronologically, with the venue.

The first sign arrived when my associate and I had arrived at the boondocks–pardon, Wynwood District–where a pair of crackheads  tried to hustle us out of our $20 by offering a primo parking spot right around the corner from the entrance gates. We politely declined their offer, but they insisted heavily. They warned us, very menacingly, that we were in a bad neighborhood, and surely we’d be robbed, shanked, and beaten by the patrons at the homeless shelter before the hour was up. That is, unless we parked in the spot they reserved for us.

20 minutes later, after finally finding a place for our car and overcoming our fear of grand theft auto, we made our way to the gates of the warehouse. We were about an hour late, so I figured we’d be let right in, but The Don King look-alike manning the entrance proved me wrong. He rudely refused us access to the inside and made us stand out on the scalding hot sidewalk for about another hour with the ten other attendees; the place was deserted. What seemed like months later, we managed to get inside and found that nothing was ready over two hours after scheduled take-off. There was nothing to do. No bands to see. No games to play. Not even a drink to buy (the ticket stands were not yet set up). 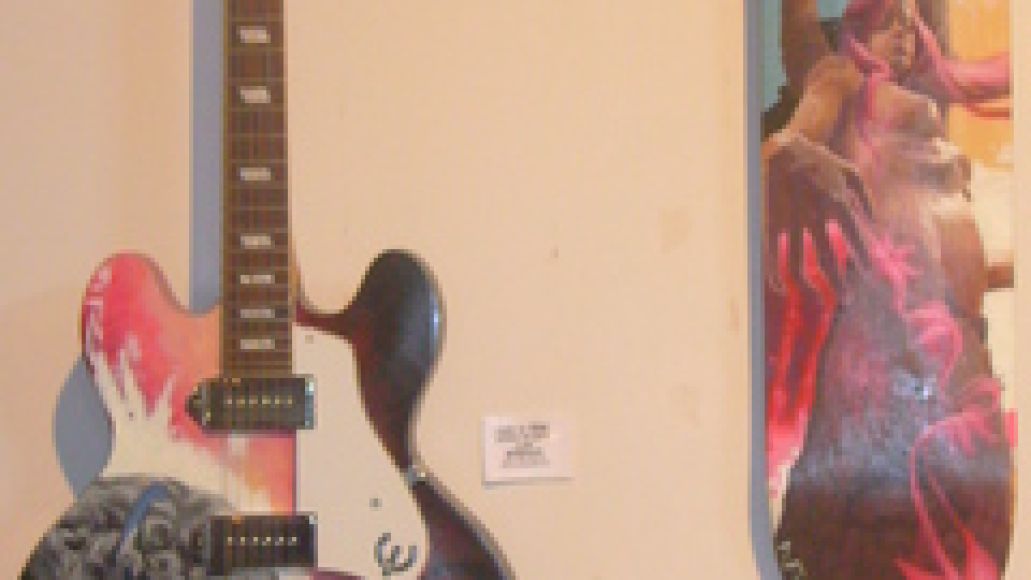 Soho is a small venue, and in less than five minutes we had seen everything that was on display. I do have to say, the visual artists, who were the only ones that were ready, were simply amazing. Dave Gonzalez, award-winning local tattoo artist and child prodigy (he’s been working for years and is only 19), was pushing his shockingly realistic works, which included a guitar painted with the face of someone who looked like the offspring of Macy Gray and Erykah Badu. Another brilliant stand was Claudia Calle’s, showcasing a number of politically-oriented photographs, and some tribal shots worthy of National Geographic. Other than the visual arts, FCF was truly lacking in talent.

Being an ardent fan of plenty local bands myself, I expected more from the Miami music scene at this festival. Headlining was Pharrell Williams’ electro-funk/hip-hop ensemble, N*E*R*D, and this was pretty much all FCF relied on to reel in the crowds. As for the rest of the lineup, I definitely won’t say there wasn’t anything good to hear, since I was the first one to exclaim my excitement at the thought of going to the festival. This doesn’t mean, however, that I wasn’t disappointed at arrival.

I thought making my appearance early on would be the smartest move, since the lineup was composed of about 10 hours of unknown local acts — this way I’d be sure to catch them all. However, the festival kicked off something like four hours late, and honestly, I have never been surrounded by so much noise and been so bored in my life. That’s a fact. For positivity purposes, though, let’s focus on those brief moments of joy that FCF did succeed in creating. 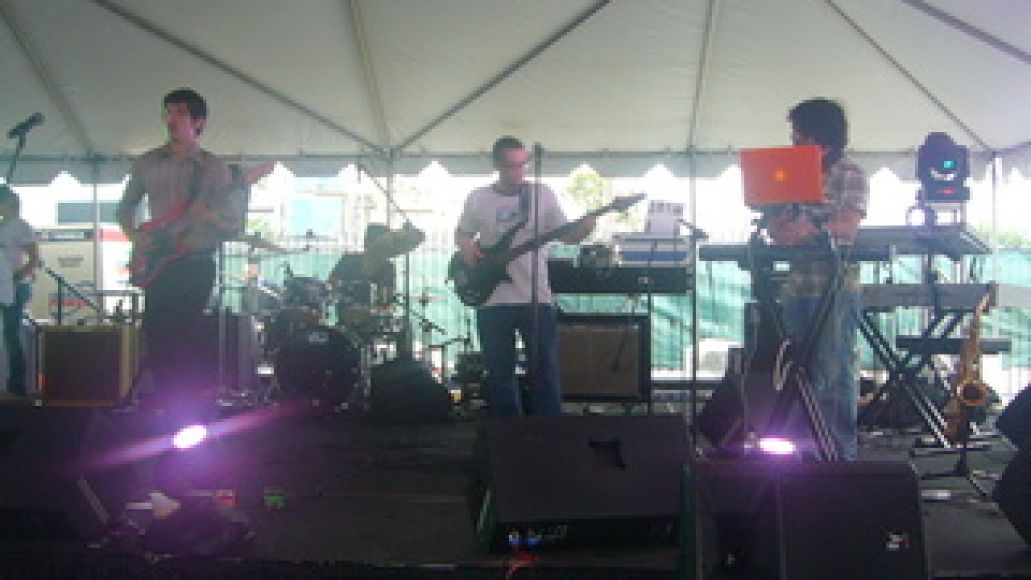 In the midst of the 15-minute DJ spots that in reality were just feedback from hell and the countless indie bands that I could never have picked out of a lineup, there was The Morning Flesh Project. By far the most original in content and instruments, this mix of My Morning Jacket and Dave Matthews Band was definitely an act to remember. Though they may still be on the hunt for a vocalist to complement their lube-slick guitar solos and progressive ambient effects, these guys can smash it up all on their own. They owned the outdoor stage at FCF with tracks like the mellow-to-psychedelic-sax-jam “The Knife”, helping us in the audience make it through the transition from smoldering, face-melting heat to light rain and sticky clothes.

Soon after, “Colombian reggae” group Bachaco put on just about the only show that got people dancing, as far as I could tell. The guys in Bachaco were able to conquer the 30 members of the audience with their blend of native Jamaican, Colombian, and Venezuelan sounds and simple, clean lyrics about dancing in the aforementioned locations. Their track “Jamaican Cumbia” featured their guitarist “Matt” throwing down some original Jamaican freestyle, and let me tell you, there is something very alluring about watching a musician truly enjoy his art. Matt was all smiles through the duration of the performance, even if he might have not understood all the lyrics, some of which were in Spanish.

Following Bachaco, there came hours of drone hip-hop acts like Lex One and Butta Verses, all following the Citizen Cope formula to a tee, and adding some Miami-style dirty lyrics about bootay. At this point, we were desperately looking for entertainment, and marveling at the fact that the venue was barely full, and the people present were 15% concertgoer, 85% press. Lots of no-shows this year at FCF. 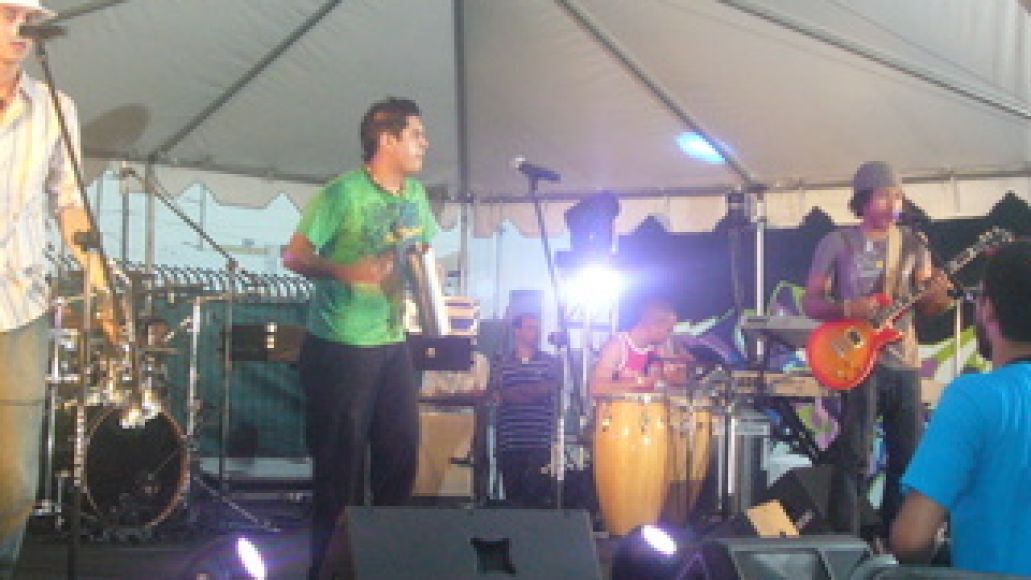 Just when we thought we could take no more, the universe gave us a break and delivered Fusik, an electro-funk band very similar to STS9, but less experimental and, well, funkier. There’s a reason these guys are called “Florida’s funk band”. They delighted us with tracks like “Ghost”, “Higher”, and “The Grind”, in the middle of which conga player NONMS got up and performed an uplifting but strung-out version of the robot dance.

After enduring who knows how many hours of waiting in line, sweating our clothes to a mop-like state, and bearing with the million and one technical difficulties the PA system was experiencing, we were more than ready to get back out on those mean streets to find our car and drive straight home. Loud music is the cornerstone of a concert, but the infernal, screeching, shriek that the speakers were producing sporadically and sometimes while a band was performing was too much for most people to take. Little crowds would walk back and forth between the main stage and the outdoor stage trying to escape the banshee in the speakers, and hoping their eardrums would not implode. 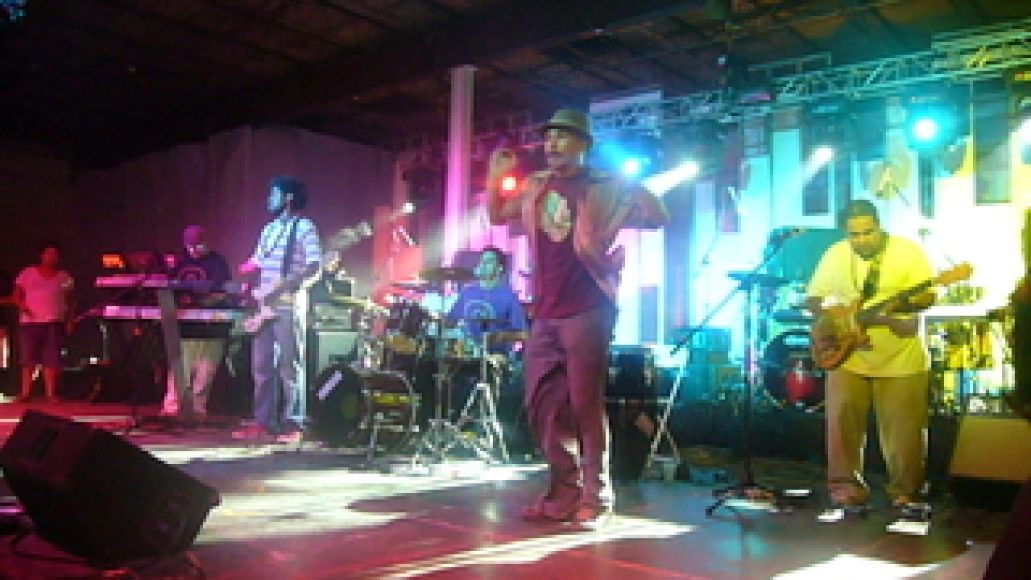 After the Fusik show we went out and about to find another exciting musical adventure. What we found threw us over the edge.

City of God must be the epitome of bands that try to fuse hard rock with electro-hip-hop and fail miserably. Either that, or they sound absolutely awful live, which could be the case since at FCF they have zero consideration for sound equilibrium. That was all we needed to see, since we had already tasted the essence of FCF. Out of 40+ acts, it’s unacceptable that only about four of them are worthy of mentioning. Sorry Pharrell, but an hour of N*E*R*D is not enough to make me stay through 12 hours of horrible music. Maybe next year Future Classic will deliver as promised, and not a four-hour-late festival packed with mediocre local bands and a deaf man for sound technician in a grimy venue.