Just four nights after Jay-Z treated a handful of lucky fans to a free show at Chicago’s House of Blues, another hush hush, high profile, small venue show came to town. The first show of the Hennessy Artisty Series took place Saturday night at The Shrine, a small nightclub in Chicago’s South Loop.

The idea, as best as I can tell, is that just as Hennessy mixes well with other drinks, so too can artists from a wide variety of genres (but mostly hip hop) come together to create beautiful music. It’s a pretty dopey sales pitch, but one that makes for an entertaining event. So who better to curate a diverse lineup of rap-related talent than The Roots?  ?uestlove’s crew seems to have a personal relationship with just about everyone in the music industry. At The Shrine they were teamed up with hometown hero Common and a couple lesser known acts, Elevator Fight and Colin Munroe. 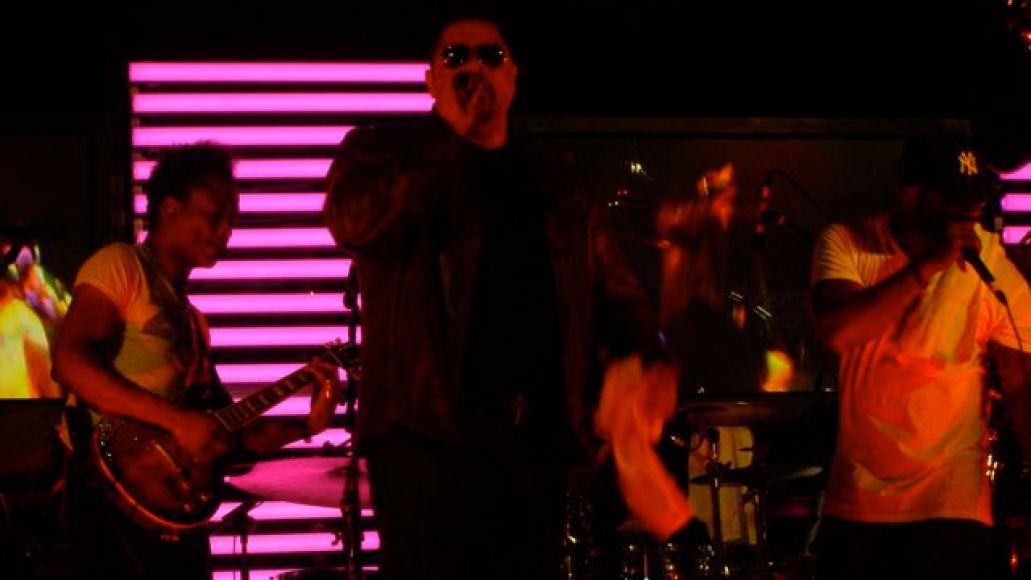 The big question, of course, was whether or not The Roots would find room on The Shrine’s small stage for that Sousaphone. The answer was a very welcome, “YES!”  There was also room for the full band, DJ Dummy (Common’s tour DJ), a female backup singer, and some dude in a suit. The Roots opened with “How I Got Over”, the lead single from their upcoming album, before going into that thing where they just sort of screw around on stage for several minutes. This is sometimes fun at a typical 2-3 hour Roots show, but when they are only allotted 20 minutes to play their own songs it would be sort of nice if they would play their own songs.

While The Roots are generally considered one of the best live hip hop acts around, when Common ran out on stage it was clear that most of those in attendance were there primarily for the local guy.  Common opened with “The People”, before whipping the crowd into a frenzied sing-along on “The Light”.  Unfortunately, the energy generated by the first couple songs did not last long as Common faded into a medley of slow jams that included “Come Close” and a tease of “Love Is…”

By far the most talked about aspect of the show was the promise of “special guests.” This, of course, produced all the usual rumors about Kanye West and the like. But all exaggerated predictions aside, nobody could have foreseen the underwhelming moment when Black Thought introduced Chicago’s own Jeremih. The “Birthday Sex” singer came out, performed his two singles, and commented on how long it has been since he got to come to Chicago (an odd thing to say considering I personally watched him perform here two weeks ago.) But then came the redeeming moment when Heavy D took the stage. He sounded fresh and energetic — at least more so than Common did for most of the night — performing three of his classics: “Overweight Lovers”, “Nuttin’ But Love”, and “Now That We’ve Found Love.” He received an enthusiastic response, even when he dipped into his new reggae album for a couple tracks. 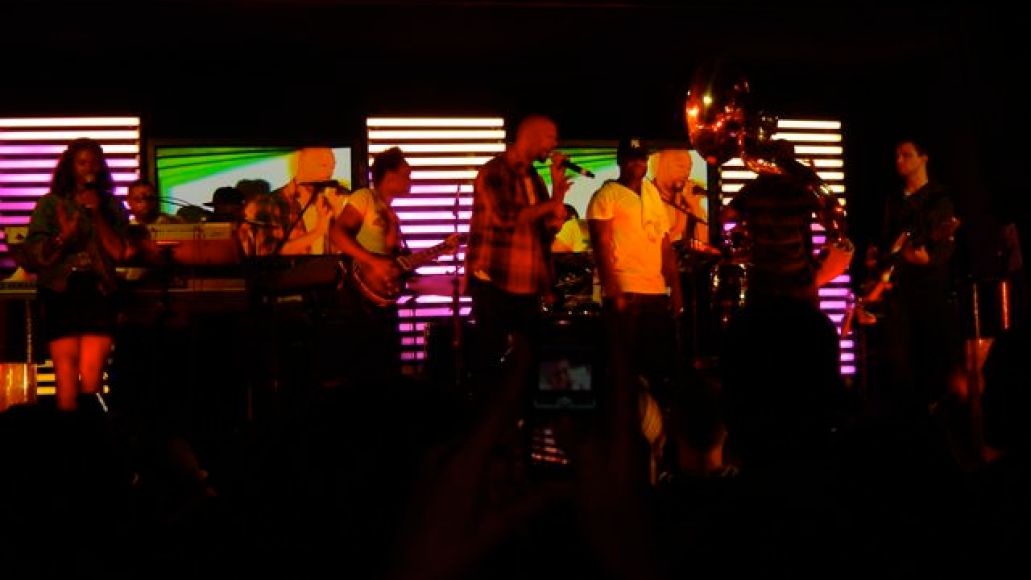 Concert attendees were also introduced to a couple new names on Saturday night. Elevator Fight, a Philadelphia band fronted by Zoe Kravitz, the daughter of Lenny Kravitz and Lisa Bonet, opened the show with an upbeat 20-minute set. Canadian singer/songwriter Colin Munroe later appeared and performed two songs with the Roots as his backing band.

It was an up and down evening — more a musical variety show than a concert — but the end result was a satisfying mix of styles, which I suppose is what Hennessy had in mind. The last segment of the evening was by far the most enjoyable.  After a performance of “Universal Mind Control” (which is still just as silly as when it was released), Common and The Roots broke into a closing trifecta of “I Used to Lover H.E.R.”, “Act Too…Love of My Life”, and “The Next Movement”.  It was an excellent demonstration of hip hop collaboration at its best.