The world needs more earnest singer-songwriters like it needs to widen the hole in the ozone layer. Still, there is enjoyment to be had in this ever-expanding genre. One such example is Reading, Pennsylvania native Caroline Reese. With a song like “Gone”, the 18-year-old conjures exquisite vocal harmonies and marries them to bleak lyrics like these: “This is what I get for living my life like this.” Ouch. The 18-year-old’s songwriting maturity is, indeed, startling for one so young. Her reedy, angelic voice and sharply constructed songs charm, even as they mine well-trod ground. 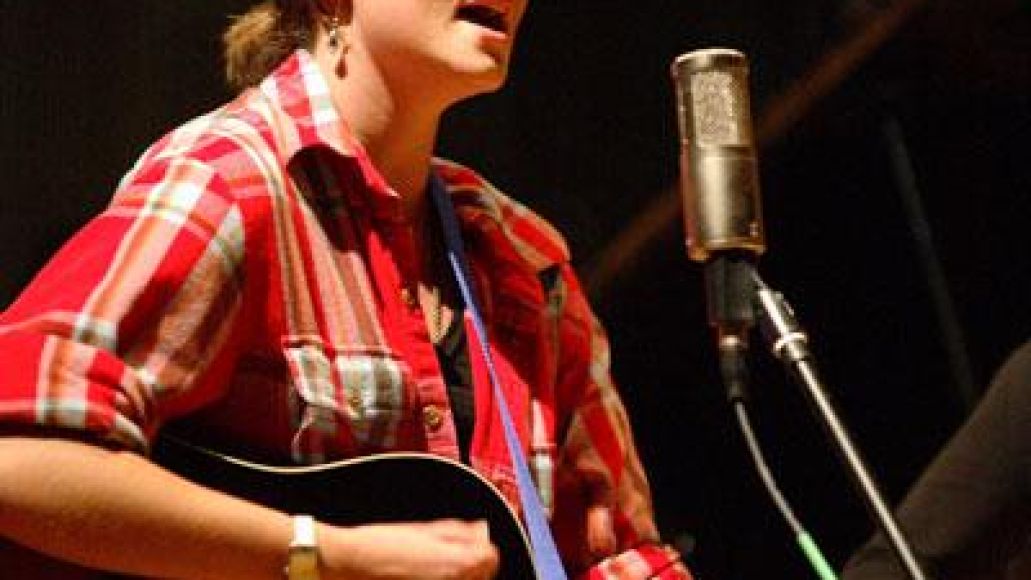 Thus far, Reese has collaborated with a group of musician friends (Liz Henderson, Brigid Ruf, Nate Cunningham and Luke Iannaccone, among others) to produce the six songs currently available for streaming on her MySpace page. On each song, she manages to pack soaring harmonies into intimate songs, creating powerful works like the aforementioned “Gone,” a gem of a song that’s made the rounds on several music blogs); and “Indian River” a crisp melding of acoustic guitar, violin and Reese’s voice.

Currently based in Montana (“There’s lots of good inspiration out in Big Sky Country,” she says), Reese is hard at work on her first EP, which is due this fall.

“Mine to Keep” features the lyric “I don’t forgive and forget, but I will this time” and glides along on a bed of guitar and drums. Meanwhile, on the live medley of “Rust Belt,” “Beaches” and “Four Wind” Reese proves herself to be a capable performer. “Rust Belt” contains timely political commentary: “They’ve closed all the factories, they’ve closed all the mills/Railroad went under and we’re left with all the bills”). Enchanting harmonies punctuate “Beaches” and “Four Wind” references Joan Didion’s classic essay collection Slouching Towards Bethlehem.

Reese’s distinctive voice, sharp songwriting, and literary lyrical references place her among the artists to watch in 2010.