The fall here in Charlotte has become a true season for the freaks; with Insane Clown Posse properly decimating Amos’ SouthEnd much to the chagrin of certain flamers and Halloween fast approaching, we now greet a true act of carnival-style darkness know as LuBriCaTour 2009.  Who else would properly fit the bill of this Al Jourgenson-branded “mindfuckery” but Revolting Cocks emceed by the infamous Jim Rose? The answer is no one, and with California cock-rock a la Blownload tacked on there was no doubt that Tremont Music Hall would indeed see its converted warehouse walls shake in fear beneath the real definition of “industrial light and…magick”.

An unfortunate side effect of our geographical location is a lack of interest in such antics, so sad to say the building only broke just shy of one-third maximum capacity. Sociability was more navigable however, and those who did come for a show were most dedicated fans that did in fact receive quite the show despite a disappointing turnout. Spectacles abound and perversion in the smokey air, this is Tremont Music Hall featuring LuBriCaTour 2009. 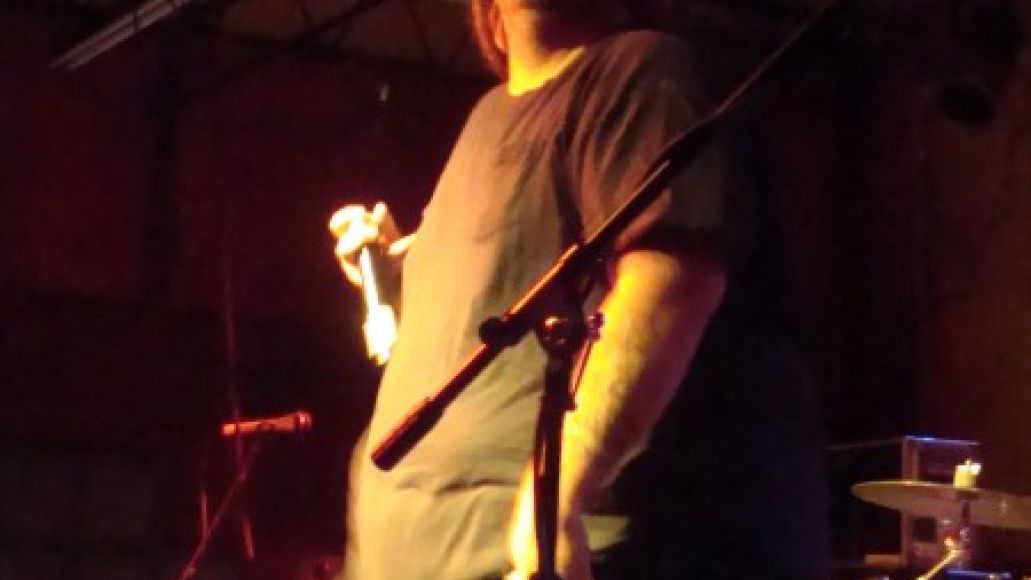 Bass player Crash and our dearest Loch were the highlights of Blownload’s performance, constantly playing to the audience in between songs.  The audio was pristine and always on point, lyrics for “Legalize It” made note of the inspiration by late comedian George Carlin in reference to pot, adding to Loch’s humorous charisma on stage (for a big guy, this man is seriously confident in a good way).  The guitarist was occasionally out of sorts and the drummer appeared slightly disconnected from his surroundings, but the instruments did their jobs and everything clicked for one hell of an opening act.

I highly recommend this act for anyone who is interested; this band comes across as the metal and punk fan’s answer to Mindless Self Indulgence.  Raunchy and uninhibited by anything in remotely good taste yet still appealing to all in the slink of this genre known as industrial and cock rock (strictly speaking), Blownload — well, the band name speaks for itself.

As Dr. Frank N. Furter would say, “Give yourself over to absolute pleasure.” 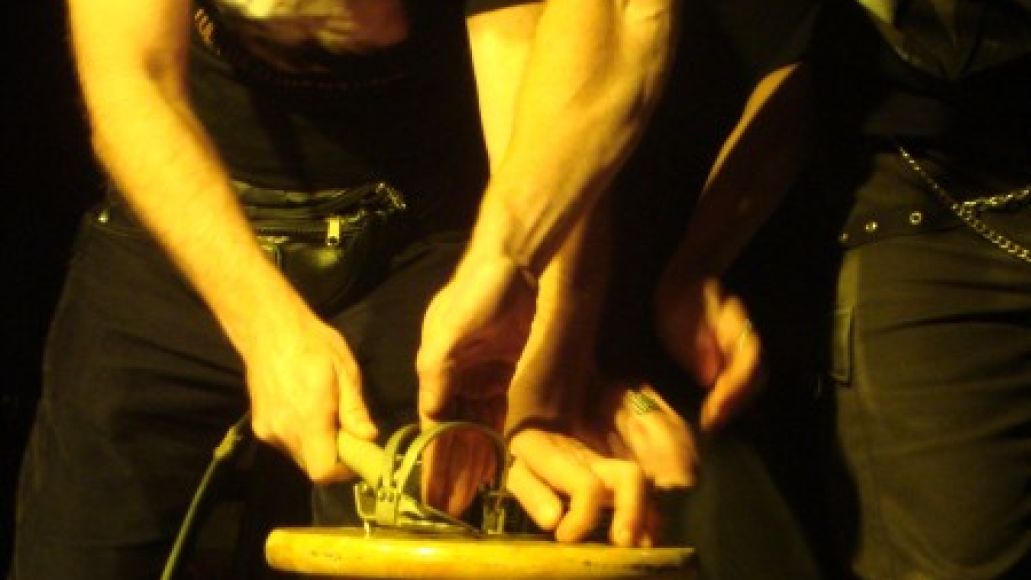 While not a musically driven performer per se, Jim Rose was our hosting emcee for the evening’s events. In tow was his lovely wife and members of the touring bands for a prominent sideshow. To sum this act up goes as follows: Mrs. Rose kissed a live scorpion, a human dartboard got lobbed in the calf with a very obviously painful sharp object, a guy slammed a soup can onto his finger thereby denting the unopened metal cylinder and leaving himself toppled over in agony, another landed his hand in a raccoon trap, another received a cinder block and sledge to the testicles (what a delightful cringe to savor), and for our grand finale, Jim Rose tied four razor blades to a string inside his mouth. Needless to say, interspersed with proper snide dialogue, the audience was so into this blatant shock value; the downer here is we were hyped up to Jim Rose the circus act and got Jim Rose and his lovely assistant’s performance, a satisfyingly ball-aching and unforgettable experience tainted with the sour taste of a crestfallen hopeful’s high expectations via lacking contortionists and sword swallows.

Oh, and Rose plugged his book Snake Oil and refused an interview with a quite elegantly assholish and flat out, “No.” I am aware he was most likely anxious to hit the trail toward New Orleans’ venue, partially being a dick in egotistical jest simultaneously, but we know about truth and jest don’t we laddies? Decent stuff for an intermission, but “intermission” was not how we perceived the night going. Beyond a gracious introduction by Mr. Rose we welcome…

This is not the prior incarnation featuring Ministry front Al Jourgenson, no — this is like a next gen console getting sneaked into market before devouring your mind with captivating graphics cards, proudly bearing the common misnomer “turbo” in awesomeness alone without being innocuous or cheesy.

Too much?  It gets better.

Joshua Bradford enters dressed as a mock Hitler, cavorting and slinking around on stage between parodied marching boots and a gradually removed uniform (top half only, sorry ladies). Bradford practically stole the entire gig from original leading RevCo/Ministry guitarist with a fake German accent the first half and oozing sex the second; the dearest keyboardist formerly of Filter lingered in his comfortable shadow throughout most of the set, and what is there to say about the bassist except “funky” in the coolest sense of the word. 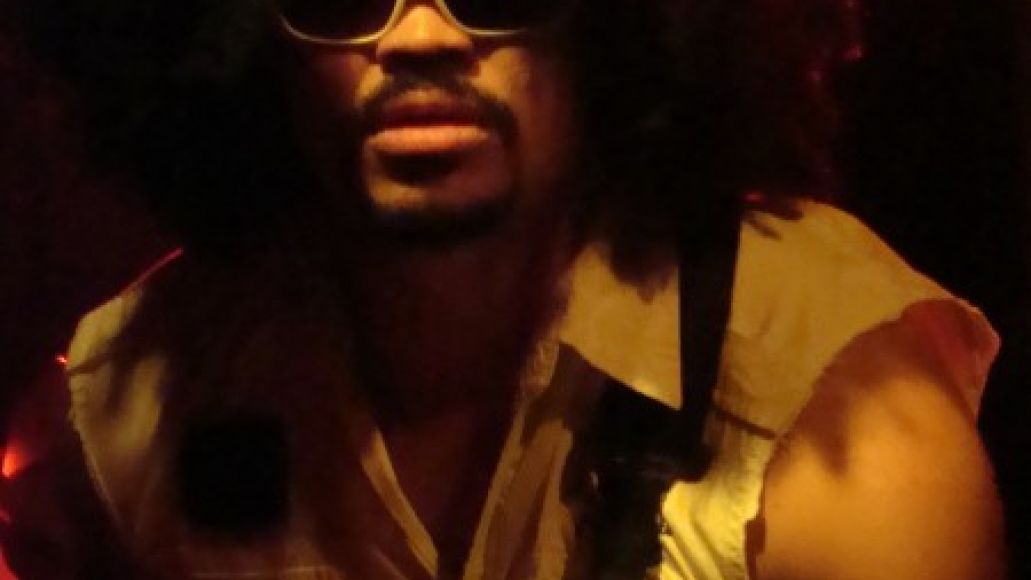 Ignoring previous sleights against Bradford skillfully stealing spotlights away, the entire RevCo set was ripe with intensity and we all ate it up like Halloween candy appropriately. It was apparent from the moment I entered Tremont that everyone who did show up was having a great time, and from the looks of it RevCo was no exception. From the latest fare like “Hookerbot 3000” to the classics like “Fire Engine” and the 80’s cover “Do Ya Think I’m Sexy”, from Bradford borrowing a cell phone from the audience to prank call the phone owner’s 18 year old daughter to inviting all of the crowd girlfriends to dance on stage during the final number, it was one hell of a house party.

Photography by Andrew “The Tie” Grimes. 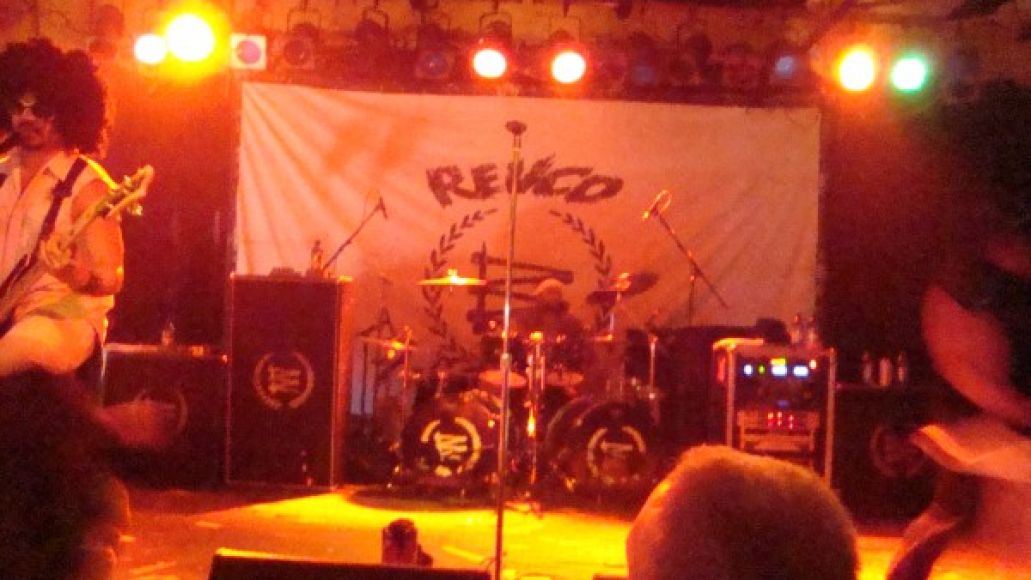 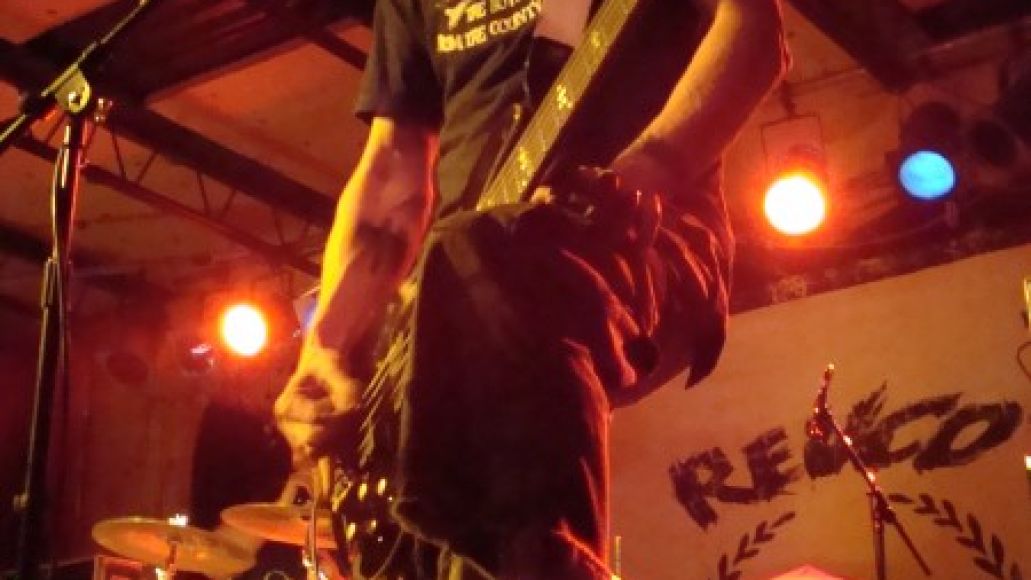 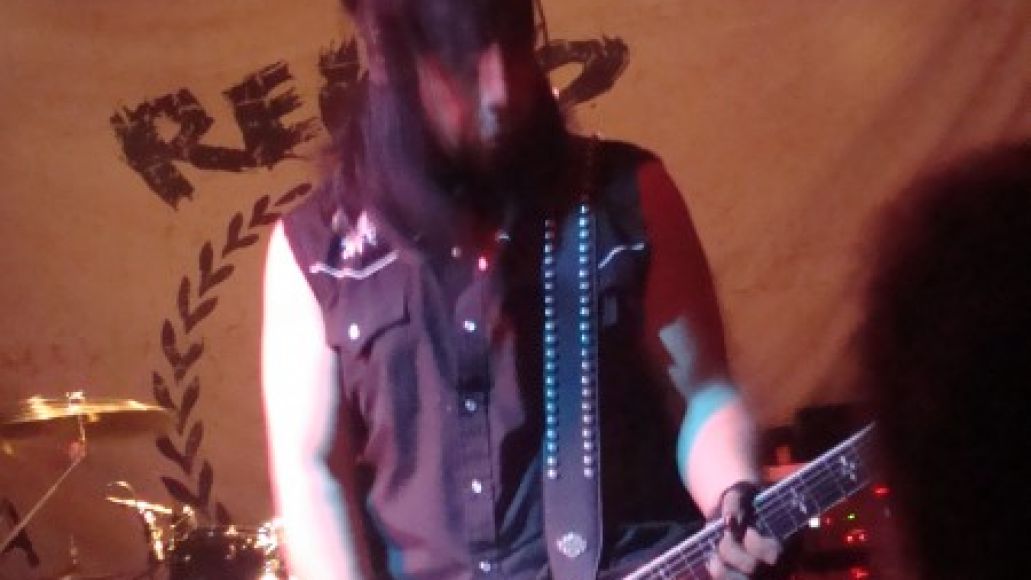 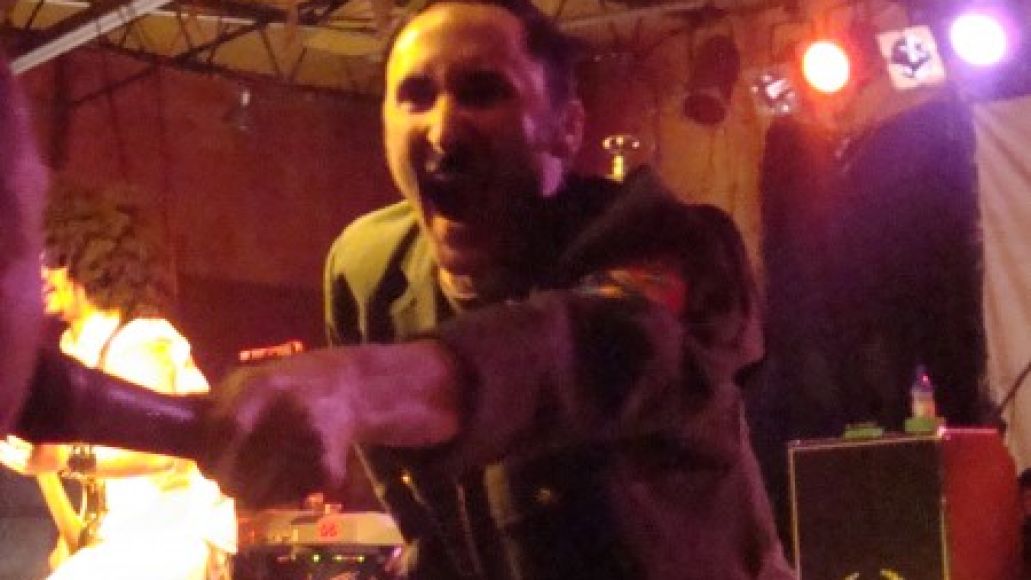