The year 2009 marked the final chapter in what had been music’s most fascinating decade. But we don’t have to tell you that — the examples speak for themselves. A combination of Internet protocol, aka BitTorrents, and a band named Radiohead led to the destruction of the music industry as we knew it. A rapper from Chicago managed to become both the most talented and the most despised individual on Earth, while a Detroit rocker proved this generation could have a sure-fire Rock ‘n’ Roll Hall-of-Famer. The Grammys became a joke and something called a “blog” became required reading. Oh, and not only did Amy Winehouse manage to make it out of this decade alive, but so too did Pete Doherty.

As for 2009? Well, the Dirty Projectors became a household name, as did Twitter, Girl Talk turned into a gimmick, Kanye continued to be an asshole, online music streaming got big (and bought), and the sales of digital and vinyl releases continued to increase, while the Virgin Megastores and Sam Goody’s of the world went bye bye.

And that’s not even scratching the surface. Before we turn the page on the 2000s, we wanted to take one more look at the year that was the last 365 days. Music, here was your 2009… 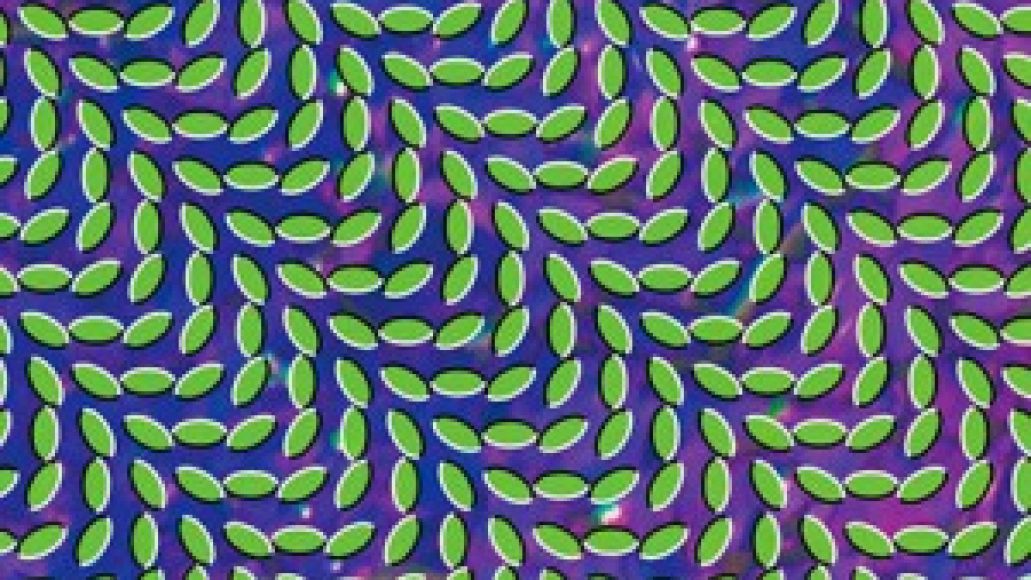 As selected by the CoS Staff…

04. The Decemberists – The Hazards of Love 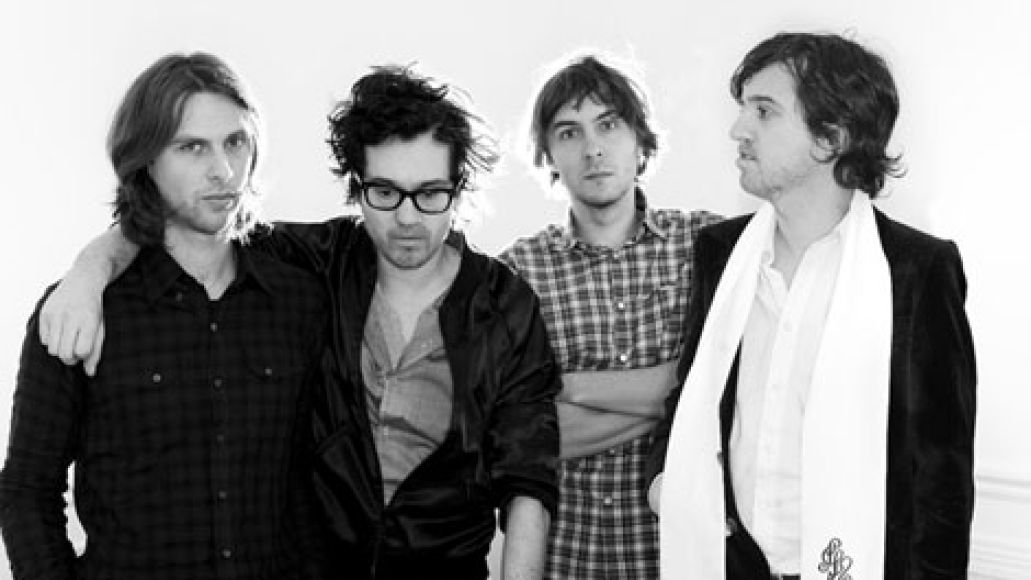 As selected by the CoS Staff… 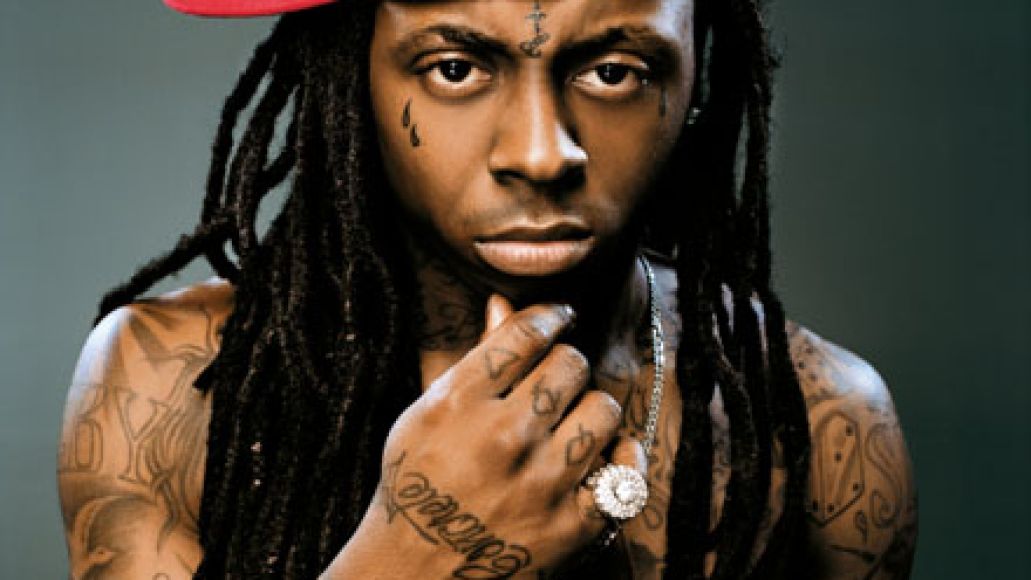 There is always a few particular artists who seem to appear in the headlines more than others. Take these three for example:

You either loved or hated the amount of U2 present in 2009. Bono and crew got on their boots, played the Grammys, resided on Letterman, released a new album, teamed up with Brandon Flowers and Chris Martin, started talking another new album, took to Fordham University for a secret show, embarked on the first leg of their claw-featuring global 360 tour, tapped Muse as an opener, wrote a Broadway musical about Spider-Man, pissed off David Byrne, got reviewed in Chicago, reissued The Unforgettable Fire, apparently made no money, played the Rock ‘n’ Roll Hall-of-Fame anniversary, titled their next album, wanted to be like The Beatles, plotted more tour dates for 2010, played a free Berlin Wall concert behind the backdrop of a different wall constructed by MTV to prevent those without tickets from watching U2 play a free Berlin Wall concert, teamed up with Jay-Z, got tapped for Glastonbury 2010, and announced a remix album. 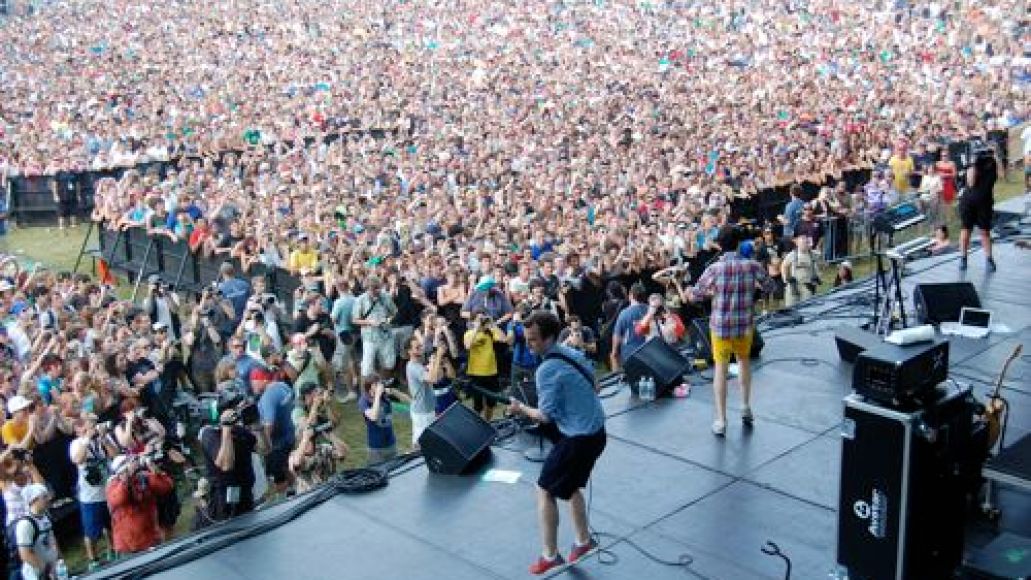 Despite a recession which saw a number of mid-tier summer music festivals call it quits, the big boys were as grand as ever. Coachella rounded up McCartney, Bonnaroo brought The Boss and Phish, and Lollapalooza finally saw Perry using his festival to his advantage. What’s more, Outside Lands proved once again that its a festival to be reckon with, while Sasquatch! demonstrated that Washington state can also rock hard. Hova was able to save All Points West from a mud filled weekend, Pitchfork continued to serve as a hipster’s wet dream, and the Virgin Mobile Festival reminded us that some good things can be free. Finally, Consequence of Sound hit South by Southwest for the first time, celebrating with events featuring the likes of Astronautalis, Gringo Star, Shad, 13ghosts, Kittens Ablaze, Catfish Haven, and Blueblood. Oh, and did we mention we have already begun planning for next year? 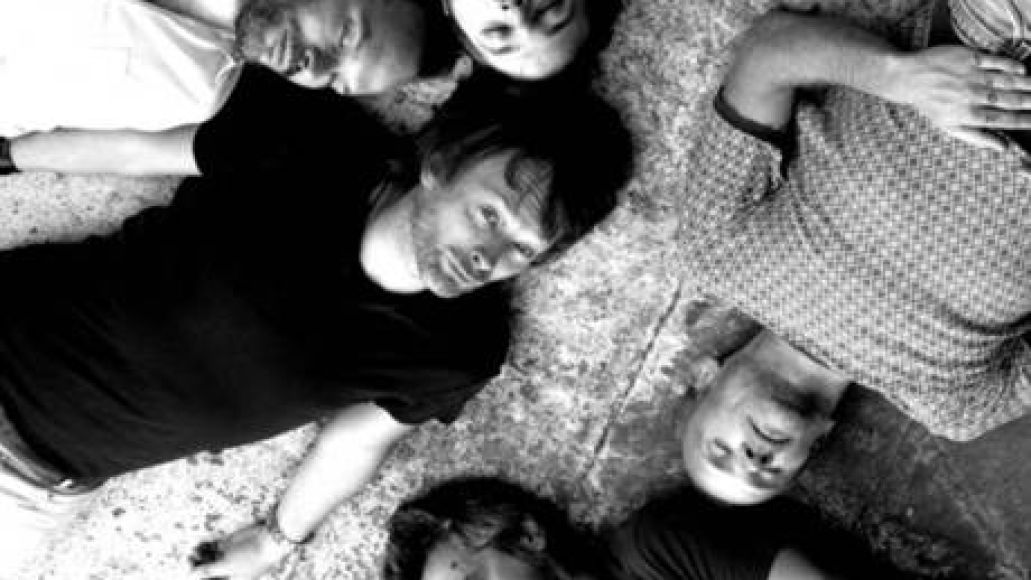 By the time December rolled around, there were as many supergroups in existence as there were non-supergroups…

Reunions, Hiatuses, and Nothing at All! 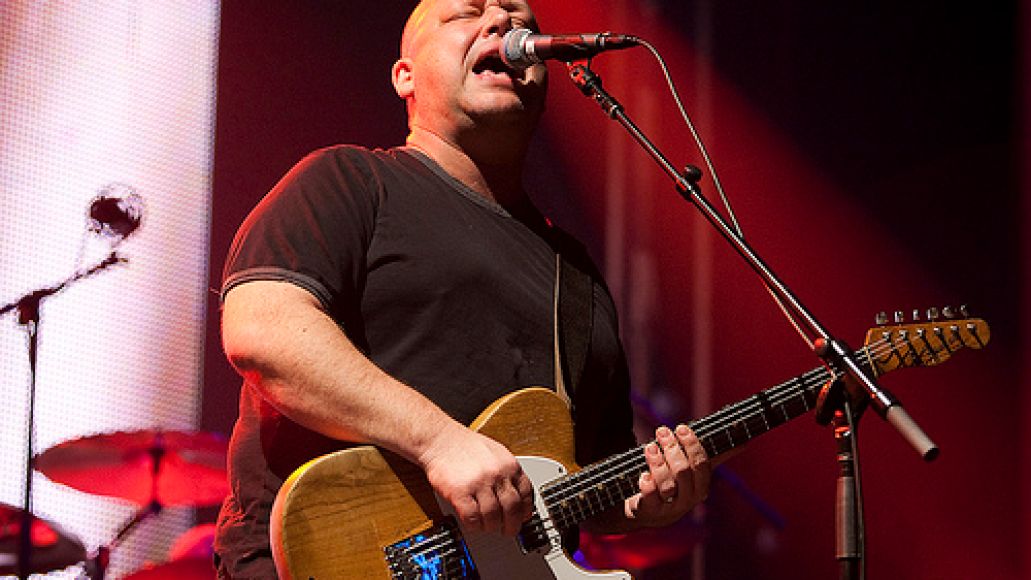 Two 2009’s biggest themes were bands reuniting and bands calling it quits (or announcing extended hiatuses). And then there were those that couldn’t make up their mind at all.

Blur began its reunion, The Stooges revived Raw Power, Pixies gave it another go, Creed came back!, No Doubt did too, Faith No More hit Europe, Phish returned, The Murder City Devils reunited for Coachella, Sunny Day Real Estate returned for some grunge, Deadheads got the best Christmas present ever, Blink-182 got back together for the kids, Spinal Tap released a new album for the first time in 17 years, Sublime played a show and then got sued, Eminem reunited with D12, Simon and Garfunkel became friends, Limp Bizkit dusted off the red cap, Three members of the Velvet Underground got together for a discussion, Orbital celebrated its 20th anniversary with a reunion, Jawbox made its first live performance since 1997 on J-Fal, Faces reunited without Rod Stewart, while Take That did reunite with Robbie Williams, John Lydon moved on to Public Image Ltd., Cee-Lo got back together with Goodie Mob, The Jayhawks reunited, as did The Gories, and Ben Lee resurrected Noise Addict. Oh yeah, and some band named Pavement announced plans for a busy 2010.

On the other hand, Blur also ended its reunion, The Verve broke up again, Oasis had a fight, Flight of the Conchords called it quits, Music journalism died, Nine Inch Nails said goodbye, as did Harlem Shakes, The Broken West, and Pela, and Bruce Springsteen & the E Street Band, Fall Out Boy, Foo Fighters, Blitzen Trapper, Bon Iver, Lily Allen, Deerhunter, and TV on the Radio all announced lengthy hiatuses.

Plus, we learned an At The Drive-In reunion apparently wasn’t a possibility, nor was the rumored Stone Roses comeback, Spacemen 3 got an offer, but declined, The Kinks kept thinking about it but still didn’t do anything, contrary to Courtney Love’s comments, Hole didn’t reunite, Pulp teased and then unteased, and Swans thought about it and didn’t. And not surprisingly, The Libertines, The Smiths, and Neutral Milk Hotel all continued to tease to no fruition, while Led Zeppelin continued the suspense. 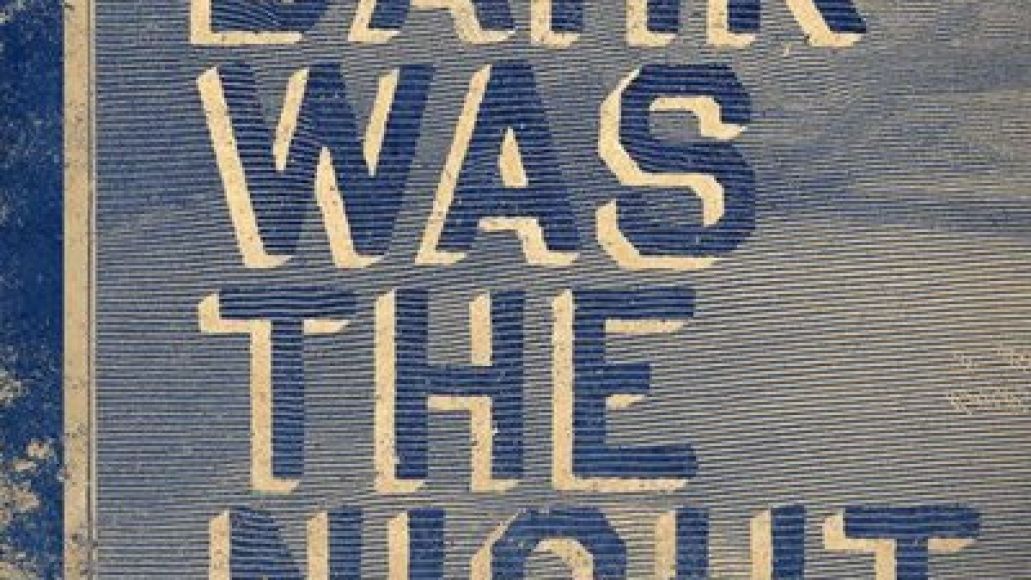 There’s nothing like a nice movie soundtrack or benefit album featuring some of our favorite musicians. 2009 exemplified this fact to the max…

Ben Gibbard, Fleet Foxes, and The Cave singers contributed to the Give Seattle charity album, while Tom Waits, Pete Seeger, and Jim James lent their talents to Preservation, an Album Benefiting Preservation Hall and Its Music Outreach Program. Our friends at Ear Farm rounded up Tom Tom Club, Sean Bones, tUnE-yArDs for their pro-Xmas Do you EAR what I EAR?. Peter Bjorn & John, Juliette Lewis, and White Rabbits helped fight malaria. The Climate change benefiting Rhythms Del Mundo Classics saw contributions from The Killers, The Rolling Stones, and Amy Winehouse. Stars (like Yorke and The National) collided for Mark Mulcahy. Hot Chip, The Hold Steady, and Lily Allen shared reinterpretations on War Child Heroes. And let’s not forget about Dark Was The Night, the tantalizing 31-track effort featuring the Dirty Projectors with David Byrne, Feist with Ben Gibbard, Sufjan Stevens, My Morning Jacket, and more, all in benefit of The Red Hot Organization and AIDS awareness.

Our Most Memorable Features

In addition to everything else that went down, 2009 also saw Consequence of Sound further expanded our feature stories. The following are some of our favorites/most memorable:

Our Editor-in-Chief Michael Roffman gave us the entire story of The Thermals, contributing writer Alyssa Spiel spoke with 311 about its 20th anniversary, and the one and only Cap Blackard spent the day with Astronautalis.

We listed everything from the Top 11 Influential Minds of Industrial Metal and Top 10 Grunge Albums to the  Top 10 Fake Bands and Top 10 Sleepiest Albums. We did some Audio Archaeology, dusted off some ol’ classics, shared our guilty pleasures, introduced you to some great new bands, and continued teaching Rock History 101.

As for the most commented posts of the year? That honor goes to Laina Dawes’ review of 311’s Uplifter.

The Year’s Most “Unique” Moments 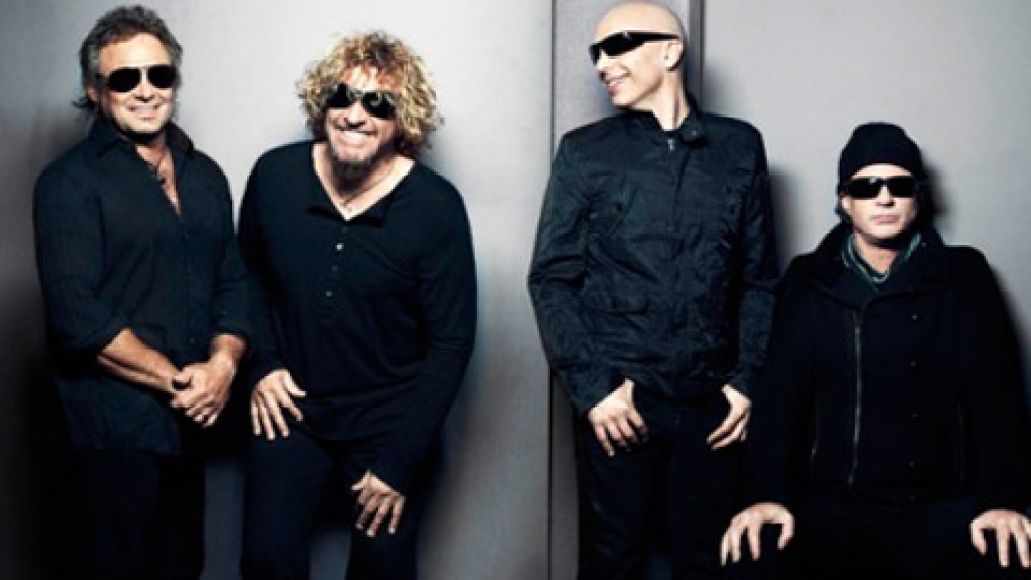 We thought we’d close on a light note, as in this year’s stories and moments that, well, left us scratching our heads the most… 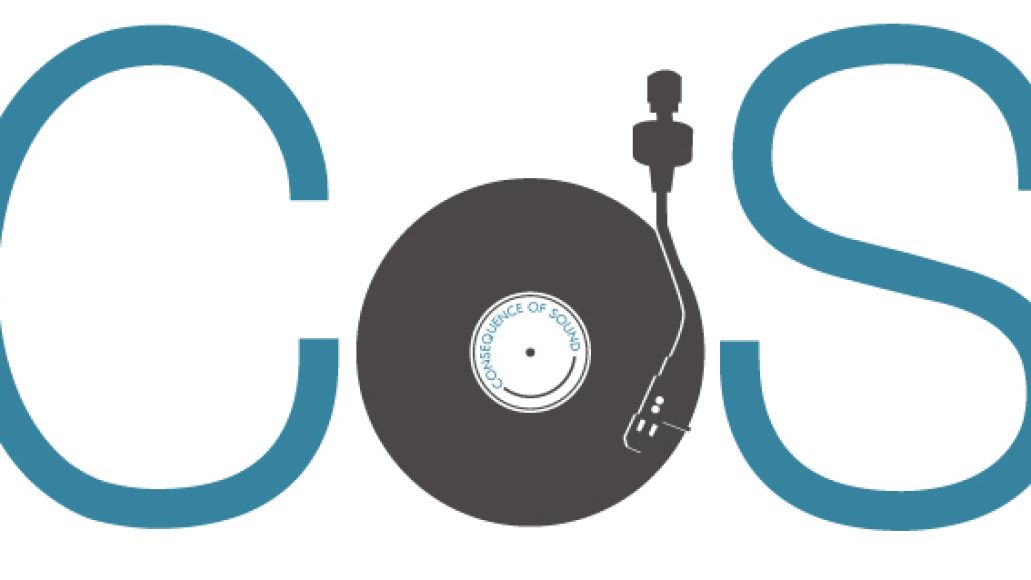 2009 was an amazing year for Consequence of Sound, but 2010 will be even better. Stay tuned for a number of brand new features, including that much needed change we’ve all been eagerly awaiting.

CoS remembers the year that was 2009