Magic is in the air. After all, Denmark’s favorite quartet, Efterklang, has announced that February 22nd and 23rd will see the release of its third album, Magic Chairs. What’s more, they also shared the details of their new Spring 2010 tour which will cover most of North America, UK, and Europe.

Magic Chairs is said to feature a new sound from Efterklang, one which hear pop laced over dreamlike experimental rock flair. On top of this noticeable but pleasant shift, Magic Chairs is the official first album for the band on the legendary label 4AD, which will release it everywhere except Scandinavia, where the band will be releasing the album on their own label: Rumraket.

Another surprise the band has to offer comes during the Magic Chairs tour. Mixed into the band’s seven-piece live band are the talented Heather W. Broderick, her brother Peter Broderick, and Frederik Teige, all of whom helped tremendously on the album.

However, before the promising tour starts, do look for more news on them in January. Efterklang will join forces with its friends Slaraffenland and perform as the supergroup, Slaraffenklang, for two Danish shows. The performance will include new versions of tracks from both bands as they perform in both Aarhus and Copenhagen.

You can download the Magic Chairs opening track, “Modern Drift”, for free here. And for those who are curious about the album art (see below); as always, Hvass&Hannibal is behind the creation. 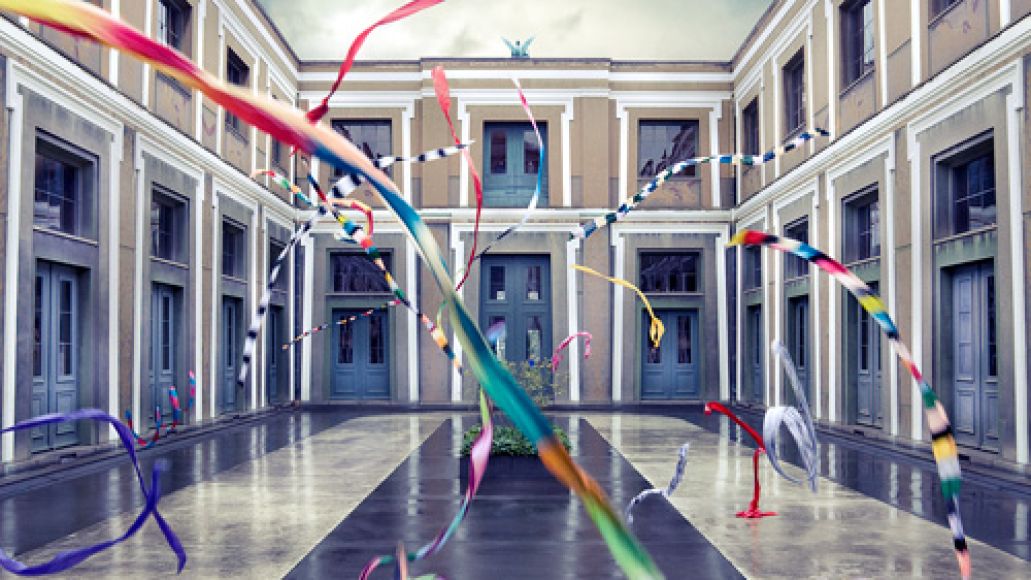