Jannis Noya Makrigiannis’ story is like that of so many other struggling musicians throughout the world. He left Copenhagen, Denmark in 2006 after his band fell apart, and spent lonely months on the Greek island of Samos writing music. What resulted was the Choir of Young Believers and something surely unlike much of the indie pop we’ve ever heard.

The band has created a sound that is both deeply introverted and glaringly positive. Full of dark revelations and massive ambient orchestral movements, the group of Makrigiannis and a rotating cast of friends and musicians has carved a niche that is wholly unique and still relatable to so much of pop music. Their debut, This Is For The White In Your Eyes, features the Nordic band pulling from the Pixies and Roy Orbison, all powered by Makrigiannis ‘ voice, which is as fragile and elegant as it is grandiose. The appeal of the work is that so much of the emotional content of the album is readily available, worn on the band’s proverbial sleeve.

I had the chance to speak with Makrigiannis over a series of emails after he had finished up both a rapid fire tour of the U.S., his first, and a jaunt through the UK. He shared his thoughts on some of his favorite acts, meeting new people, the power of music, the band’s live experience, and whiskey sours.

What was the your first tour of the U.S. like? How did the audience respond? Is it any different from European fans?

We just had the best time on our U.S. tour; friendly people, beautiful landscapes, and a lot of whiskey sour (for some reason it’s impossible to get that drink in Europe), and I think in general that us Europeans are just more reserved or maybe it’s paranoia? One thing is for sure – on our U.S. tour we got to meet a lot of new people; I love talking to strangers! But people just get scared of you back home if you do that.

You’re from Denmark, bu you moved to Greece for a while. What did the move to Samos Island do for you musically?

I wrote so much more. Samos gave me a lot of time on my own; no friends, no mobile, no computer, and no nightlife gives you a hell lot of time on your own. So I wrote and thought a lot about music, why I was spending all of my time on this weird abstract thing, etc. But musically I don’t think that Samos influenced me, it could have (been) any place at all, I just needed some time alone to think and write.

This seems to be the most dark yet optimistic album I may have ever heard. What kind of emotional frame of mind were you in during writing and recording?

Actually I felt quite dark yet optimistic…. Seriously!

Related to that last one, what were you hoping for emotionally for the reader? It seems like so much of this album hinges on a true emotional kind of connection, a real sensitivity.

I am just hoping for people to listen to the songs with a open mind and heart and then hopefully get out of it what they need in that moment.

I feel like so much of this album is kind of spiritual without the actual religion or dogma or belief system involved. Is that kind of your aim or are you just trying for big, ambient sound?

To me, music is very spiritual, and I don’t care if people think it sounds corny or whatever, but I totally believe that music is a very important and straight forward way of communicating… I have been touched and felt understood much more often by music made by a person I don’t know at all than by talking to my best friends or family. 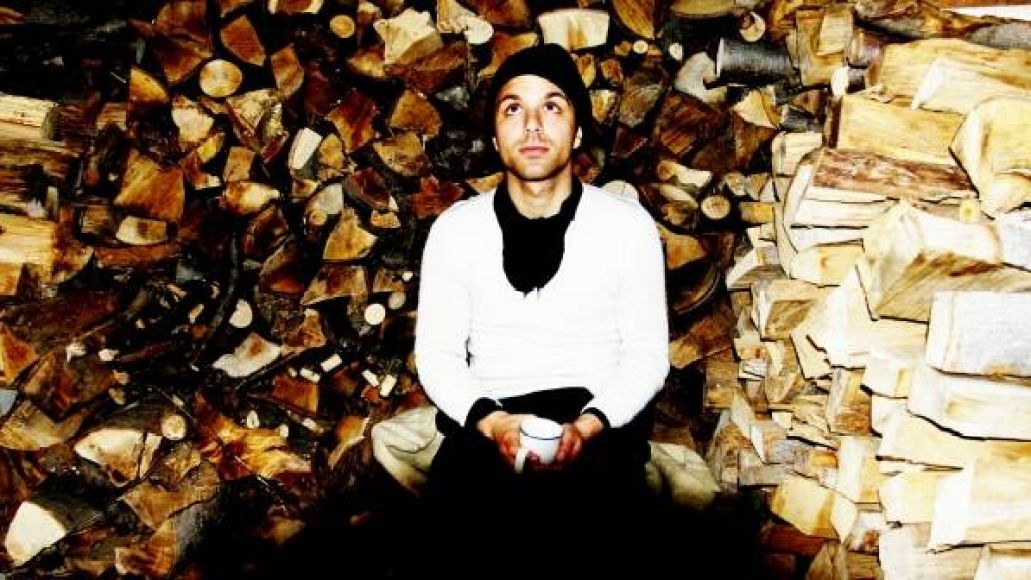 It seems like a lot of bands are trying to bring in more string work/that orchestral vibe. Why move in that direction? What do you think separates you from some other acts?

Listening to the album and watching live videos, I got different experiences. Do you think people can get a better sense of you as an artist with the record or on stage?

I really like the record, but if people would like to know where we are right now and where we are heading, they should of course come and hear us live.

Kind of a follow up, do you like having eight people on stage more than say just you and the guitar and say your cello player?

I really enjoy that it’s possible for us to play the same songs in so many different line ups. It keeps the songs alive and fresh. We have been touring as a duo, quartet, and as a seven piece until now, and I am really excited about all the versions, but since they are so different from each other, it is difficult to compare them.

Who are some of the artists that influenced you and how have they shaped this album? I heard you like Purple Rain.

Yes, I love Prince, hmmm, but I don’t think you can hear that on the record. I like a lot of very different stuff, of course, like everyone else, but I try not to think of stuff like that when we are playing. Actually, the more music I play, the less I listen to when I get home from touring or from the rehearsal space or studio. These days I am listening to the new Atlas Sound album; its fantastic. We just played a gig with him in Paris and his show totally blew me away. It was soooooo good and very inspiring to hear him.

Last one: What’s next for you and the band? Where do you want to take the group and your sound?

Our first record was very much a studio project. The whole thing was still very new when we started recording so we have changed a lot since then, I think. On the next album we will have more of a band sound, do more live recordings in the studio, more bluesy and noisy, slower, darker, more dynamics. I don’t really know yet but I am sure it will be very different in a fantastic way.