Hello, this will be a live concert review. Please skip this next paragraph, if you like; review begins on paragraph three.

By nature, live reviews seem to fall under the flag of exalted, sweat and near-gore fangirl accounts of the action or newspaperish, hypercivilized Arts section critiques. I aim to place myself between the two: make me a participant-observer, an I-lived-through-this-action-movie zombie with a brain. Onward, dear reader.

This past Friday night marked the final date on Pelican’s 26 city headlining tour with Black Cobra (San Francisco, CA) and Disappearer (Boston, MA). The Empty Bottle did not have a chance, Chicago’s dimly lit, premiere “experimental…post-this, pre-that” venue had to post a pink “Show Sold Out” notice sometime during opening act, Disappearer’s set. 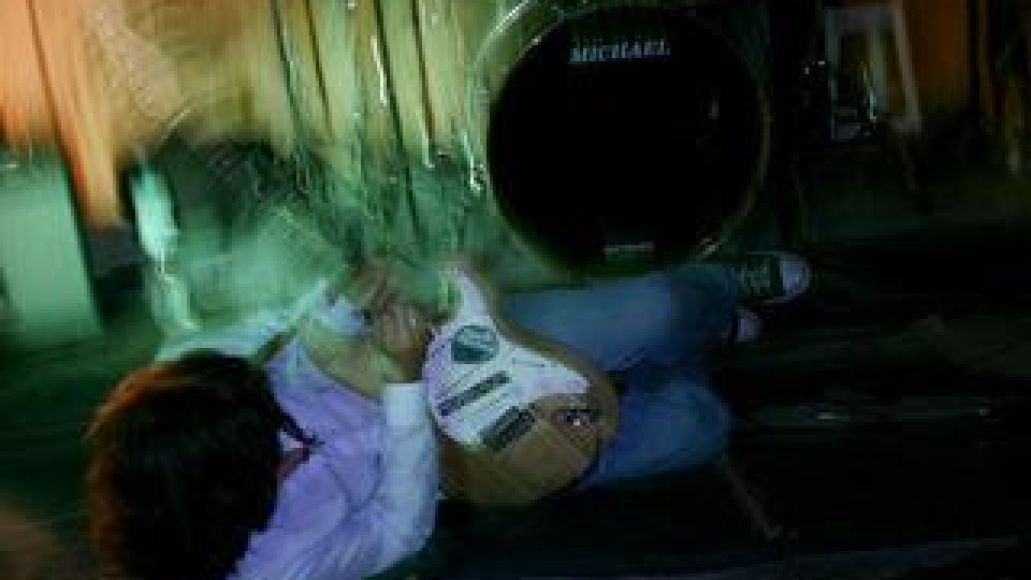 Disappearer’s front man, Jebb Riley was politely heckling the crowd for staying their distance from the stage when I arrived. Disappearer falls neatly at the place between Hum and stoner metal. Cranked fuzz, chorus and distortion pedals put to power chords, deeper raspy vocals, however, there is a bit of something unidentifiably elegant and poppy about the arrangements. Disappearer is really nothing new, but they are a solid act.

Riley is quite possibly one of the tallest men that I have ever seen on stage and his bass lines swing the slower moving harmonies, adding definition and trading melody-carrying responsibilities with the fuzzed out guitar, over drummer Matt Spearin’s punchy/bright kick and snare. Vocals came in about a little less than half of the time. “Glassland”, which came somewhere near the middle of the set made for the best live track, changing the set mood a bit, coming to sound closer to the you-and-me-alone atmosphere that better Cure songs have. In direct opposition, though, the few songs that had unison vocals and some of the lyrics had me wincing or going for another drink.

Pretend scenario: I’ll come by, drop you off a copy of Chronomega, Black Cobra’s most recent LP. Let’s say you hadn’t heard them. I’ll give you three minutes to listen to the first track, then you tell me, how many people are in this band? 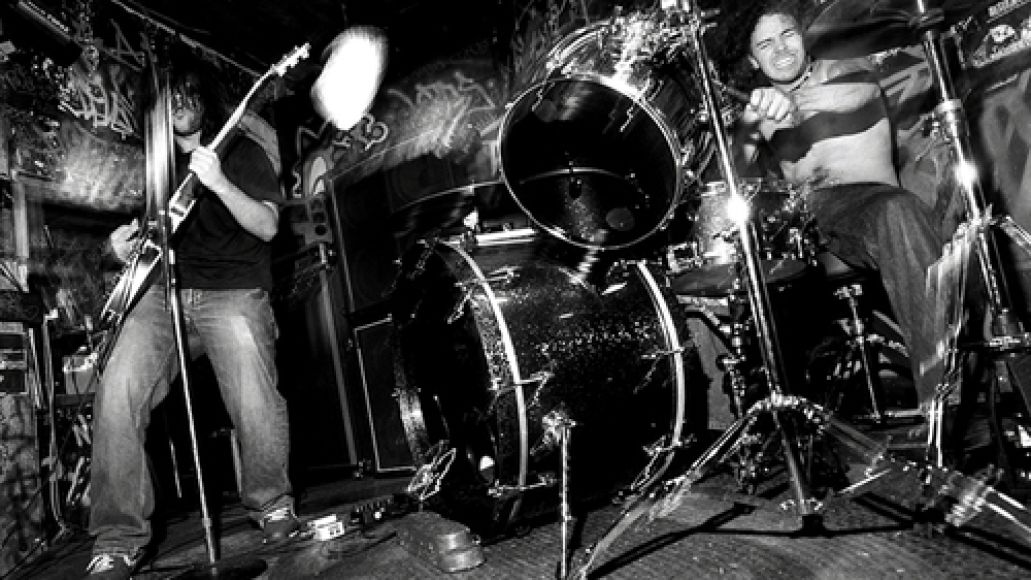 Black Cobra sounds like a 3-4 piece, but it’s just guitarist/vocalist Jason Landrian and Rafael Martinez on drums on this Southern Lord release. The mix your ear makes between lower register of Landrian’s guitar and Martinez’s kick almost makes for an invisible bassist-presence. Not that I’m missing what isn’t here. While the record is tight, loud, and fast, the live show is quite different. There are additions and songs stretch on longer, certain songs gain intros, it’s just different, and the added length adds on greater dynamic depth to the ol’ in and out.

Fuck yes. This band is metal. It is fast as sin, and the kick moves faster than that. If the label’s called Southern Lord, as named for the devil, shouldn’t at least half of the roster bring you to your knees?

I have a classically-trained upbringing, which get me, works both for and against me. I do get bored when there isn’t enough there. Next time, Black Cobra headlines.

Landrian has one of the most beautiful and measured vibratos I’ve seen outside of recital halls (though he only used it twice, once in a quite intro, the other buried deep into the mix), and both Landrian and Martinez play like they were raised in the same small shoebox together – there’s a real native ability for these guys to hear each other. I’m still floored and gushing. 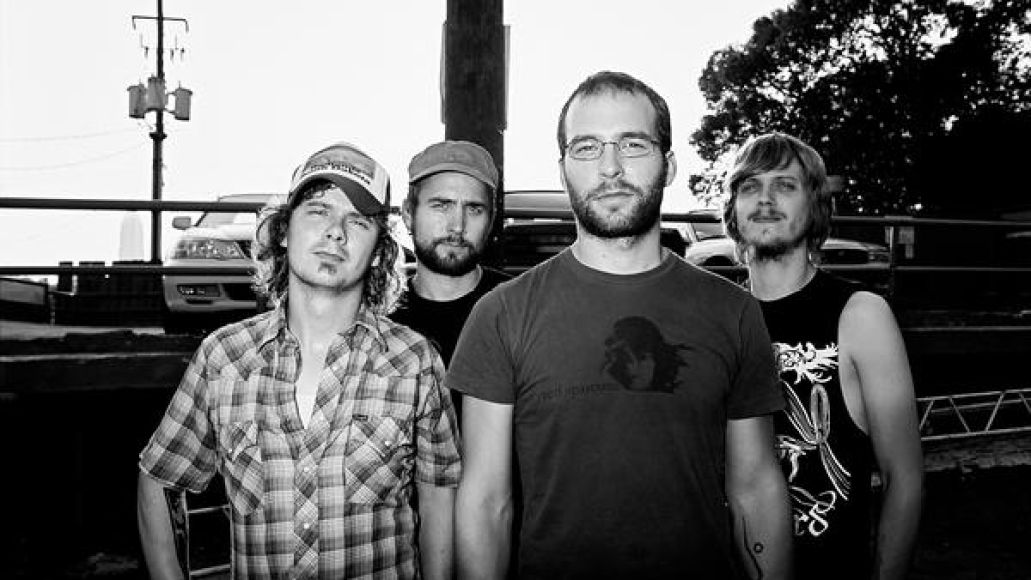 I signed on for Pelican. And they finally took the stage after Black Cobra and immediately, the stage was filled with their five members. Somehow, Black Cobra had an almost starkly, theatrical appeal. Two guys. Front and center downstage. One, with the hair, the other half-naked and killing the kit. Pelican had more amps, more members, just generally more props. I missed the Cobra.

The amount of unison in Pelican surprised me. Coming from the Doom and atmosphere of the dirgeful and sometimes acoustic The Fire In Our Throats Will Beckon the Thaw. After last hearing Pelican guitarist Trevor de Brauw in Chord, a fantastic and seldom-touring drone collective, Pelican’s performance felt flat.

And maybe it wasn’t just me, subjectively, there were physical components that were not there live: I was standing out there sonically left waiting for the guest appearances from Greg Anderson (sunn0))) and Aaron Turner (Isis) from the LP. It’s this collaboratory aspect that had gone out of the mix, that which their PR copy states, “lend[s] the record organic diversity”. And the live set didn’t feel modified to compensate for the change. (Think Radiohead’s tour for Kid A)

The crowd was jumping, screaming, and the fellow in front of me was flailing and pumping his fists. I guess I’m missing it, right? I couldn’t see beyond the band’s start the riff—pass the riff from the guitars to the bass and back structure, this shorter, newer, and more simply direct turn. Truth be told, Southern Lord hired Pelican on for some good reason. And they’re changing. Maybe it’s the next record/tour that I’ll love.

Pelican and assorted friends at The Empty Bottle (12/11)