New year, new record label. At least that’s the case for Quasi. This past June, the Portland indie rockers signed with Kill Rock Stars and are preparing their label debut for 2010. American Gong, as it will be known, is destined to hit retail outlets on February 23rd and is the band’s first album since 2006’s When The Going Gets Dark. It will also be their first record with bassist Joanna Bolme, who joined in 2007. For a group that’s been around since the early 90s, that’s a lot of firsts!

The first thing fans will probably notice from American Gong is it’s somewhat weird cover art. Looking like it was created in Microsoft Paint, the cover is the work of contemporary artists Chris Johanson and Jo Jackson. 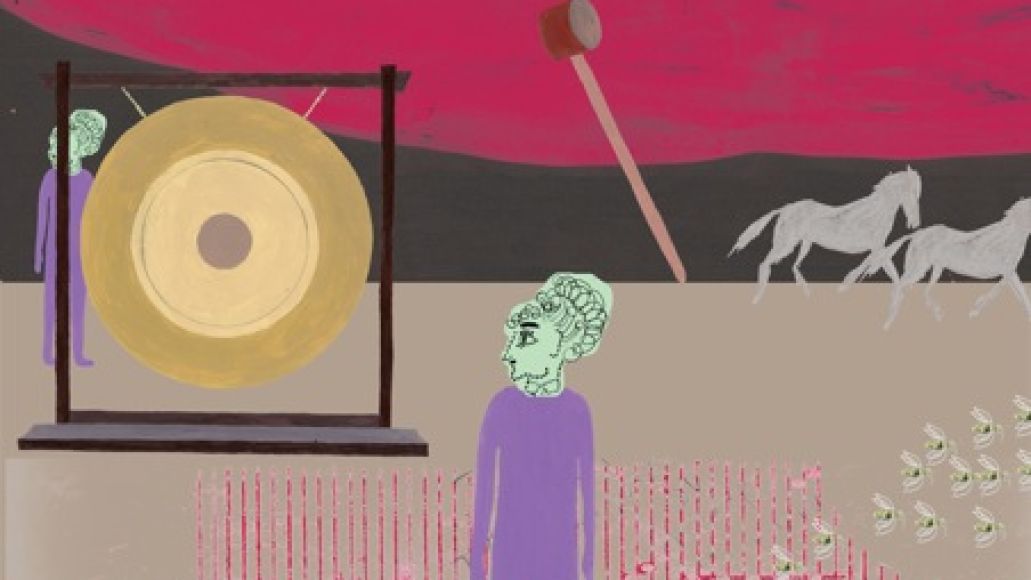 Quasi is also switching gears on the road to bring in the new year. On New Year’s Eve, the band will play Portland’s Doug Fir Lounge. The catch is that they’ll be doing a cover set of Who songs, which when combined with the fact that The Shaky Hands and Inside Voices will be opening, makes this an early contender for most epic New Year’s show of the year.