When the quaint city of Norfolk, Virginia comes up in conversation, what is the main subject that comes to mind? Well yes, it’s home to the largest naval base in the world, and the United States Navy certainly fuels the economy of the surrounding areas with sailors, soldiers, and services. However, given the fact that the Navy has such a stronghold in this part of the country, it’s incredibly easy to overlook the other things this lovely port town has to offer. Case in point, knots ahead lie and bestown upon the city’s beloved Norva Theater. While downtown Norfolk is fairly small, the Norva Theater by far is one of the largest buildings to inhabit this seaside abode and one of the best rock clubs I have ever seen. No lie, this place is unbelievably amazing, not just in its appearance, but in its outstanding sound quality…and that’s just the beginning.

On a recent surprise trip to see my buddy Chris, who’s stationed at Norfolk’s naval base, we ended up seeing the Lodi, New Jersey punk legends The Misfits tear the roof off this place (12/11). Crowds of leather jackets, Misfits gear, spilled beers, and waves of punk rock demographics filled the gills of this glorious theater. The Norva Theater certainly possessed quite an old soul mixed in with these Virginia natives. While the Hampton, Virginia punk rock trio The Nerve Scheme opened the show to a solid crowd, the blood and vital signs of the Norva flooded the bellows with the arrival of The Misfits’ Jerry Only, guitarist Dez Cadena, and drummer Robo (both Black Flag alumnus). For roughly over an hour, the fearsome trio led by Only pulverized the Norva with a splatterhouse array of Misfits classics (“We Are 138”, “Some Kinda Hate”, Hybrid Moments”), some Black Flag cuts (“Thirsty & Miserable”, “Jealous Again”, “Rise Above”) and even a brand new single (“Land Of The Dead”) in respect to fellow horror filmmaker George Romero. To put it in the least, this behemoth of a theater stretched high to the skies while the band played on. For how small downtown Norfolk is, the Norva is quite a force to be reckoned with. 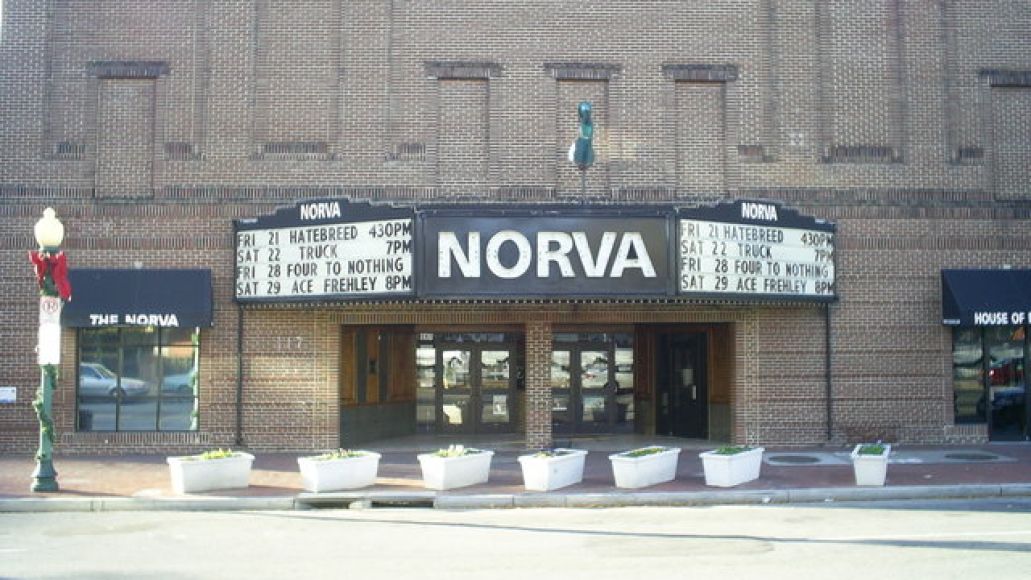 The Norva Theater, located at 317 Monticello Ave in downtown Norfolk, holds up to 1,500 people at any given time and provides a powerhouse setting for any type of live show:

The NorVa is a general admission venue with no fixed seating. There are a number of chairs and tables located on both the first and second floors. Seating is available on a “first-come, first-served” basis. We recommend standing however for a wide variety of reasons – you can dance, you look taller, you’ll have a better view of the stage and any potential new friends you might try to make during the show, it’s good exercise, and it’s just cooler. 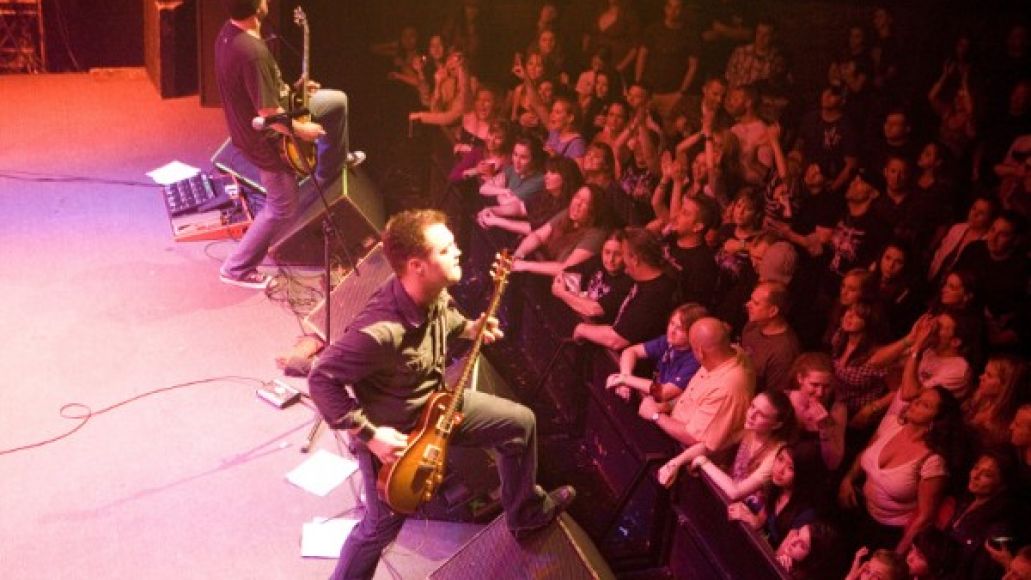 Not only does it offer a luxurious state-of-the-art sound stage and amazing experience, The Norva has also picked up a great reputation for the elegant accommodations it offers to bands performing, such as a hot tub, rec room, sauna, and indoor basketball court. Talk about ahead of its time: Nothing comes close to how awesome this place looks and feels. For the 80+ year old renovated theater, the Norva certainly does wonders for everyone. Oh, and who can forget the food?

You bet. We have a full bar on the first floor, a full bar on the second floor and a couple of minibars scattered throughout, all offering beer, wine, and liquor. If it’s food you want pizza, hamburgers and hot dogs are also available at the full bars.

No argument here. On pretty much any given night on the town, this place will make your concert-going experience one helluva time. For seeing them for the first time in 11 years, The Misfits came out of the gates storming with a larger-than-life sound and a stellar live show. Major kudos go to the faithful staff of the Norva Theater for putting on a great show that Chris and I thoroughly enjoyed. With its wooden floors, steel gurneys, and renovated brick exteriors, this is by far one of the best places, not just on the East Coast, but in the entire country to see a live show. I guarantee it. Don’t just take my word for it; Rolling Stone already beat me to the punch.