There is not much left to say about the Ryman Auditorium that has not already been said. This venue is an absolute must visit for any serious, self-respecting music fan. It is, for all intents and purposes, one of the Holy Grails of live music. Even the bands that play there display an overwhelming sense of awe at having the chance to grace its legendary stage. I’ve never been to a show there where the performer didn’t repeat how honored they were to be there over and over again. If you perform at the Ryman, you know you’ve made it.

Very few music venues have such a rich history as the so-called “Carnegie of the South”. It was built in 1892 by a riverboat captain named Thomas Ryman. It has since been the home of the Grand Ole Opry (from 1943-1974), the site of the Johnny Cash Show (1969-1971), and host to many amazing concerts from legendary performers including Elvis, Johnny Cash, Roy Acuff, Neil Young, James Brown, Bob Dylan, Charlie Chaplain, Bill Monroe, Bob Hope, and Hank Williams Sr. Even the likes of Booker T. Washington and Teddy Roosevelt have lectured from the stage of the Ryman.You may have seen the Ryman featured in such music films as Neil Young’s Heart of Gold and Wilco’s 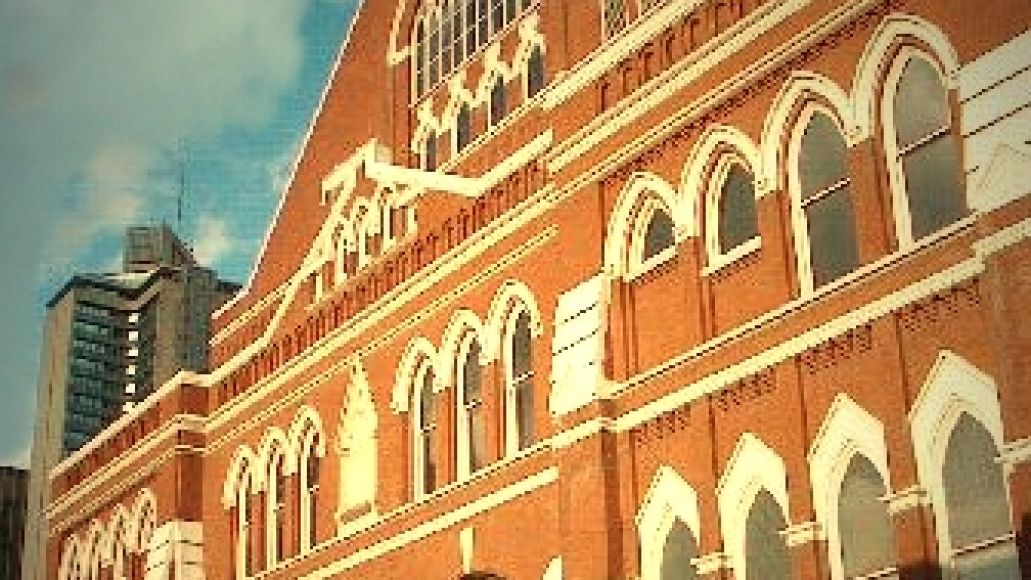 Ashes of American Flags. It has enough history to be one of the few concert venues designated as a National Historic Landmark.

While the Ryman is a beautiful and historic place, what really sets it apart is its acoustics. It is said to have the second best acoustics in the world (behind the home of the Mormon Tabernacle Choir, the Salt Lake Tabernacle). This is proven by what is now somewhat of a tradition at the Ryman, when artists come out for an unplugged encore. The place gets so quiet you can hear a pin drop, and because of the wonderful acoustics, the sound of a voice and acoustic guitar sans microphones reaches everyone in the room.

I feel lucky and privileged to have grown up so close to Nashville. Each time I get to visit the Ryman, I do not take it for granted. I savor every minute I can. I love walking in the doors and strolling through the main hallway, passing all the great Hatch Show Prints on the wall. It doesn’t matter if my seats are on the balcony or the floor, because there isn’t a bad seat at the Ryman. I’ve sat all over the place in there: towards the front of the floor for a man-date for Sufjan, middle of the balcony for a real date for Bob Dylan, dead last row of the floor with someone I barely knew for Wilco, front row and center of the balcony with my best friend for Bright Eyes, and right in the middle of the floor with a group of friends for Sigur Rós. All of those shows were tremendous and the sight lines were great, regardless of where my seat was.

Once you get to your seat you are reminded of it’s history and why it’s called “the Mother Church of Country Music”; most of the 2,362 seats are pews. They can be quite tight, but it’s also part of what makes the Ryman so unique. Besides, it’s a small price to pay to be sitting in one of the most historic rooms in music history. Beautiful stained glass windows brighten the walls behind the seats. The stage in front of you has held some of the most renowned names in music history. This truly is the pride of Nashville, Tennessee. 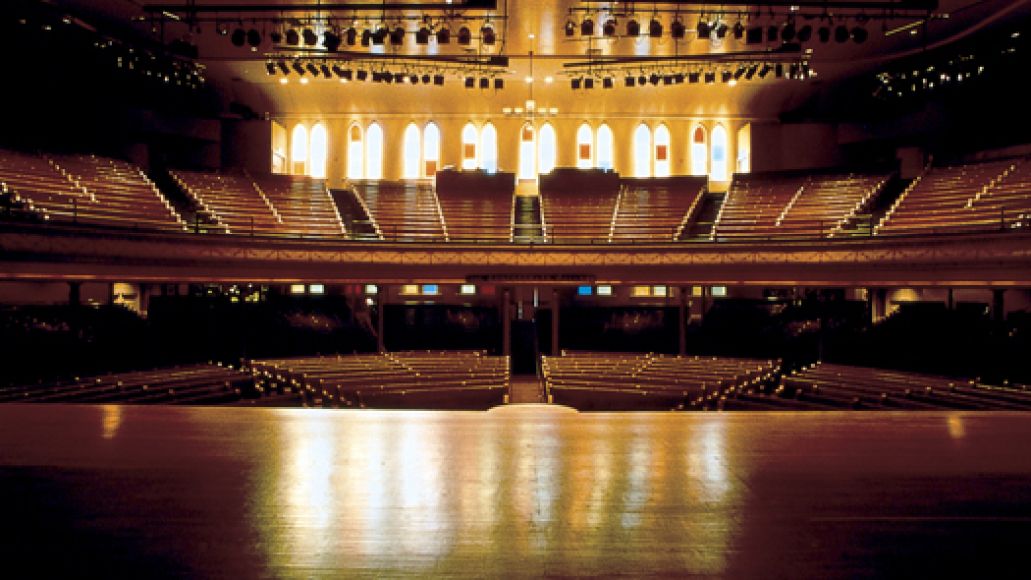 The Ryman Auditorium continues to be one of the premier concert venues in the country, winning Pollstar Magazine’s National Theatre of the Year award in both 2003 and 2004. It’s also hosted some of music’s newer stars; such as Coldplay, Sigur Rós, Belle and Sebastian, The Strokes, Sufjan Stevens, Bright Eyes, Kings of Leon, Interpol and Death Cab For Cutie. For me, nothing beats the experience of seeing a show at the Ryman. The history, the acoustics, the atmosphere, and its beauty all come together to make an unforgettable venue. If you haven’t already, I implore you to make the journey to Nashville to experience the Ryman for yourself.