It still makes for a fascinating read. 26 years later, and the story remains an inspiration to those who thought about packing it in, dissolving a partnership that had inspired so many for so many years. It taught us the meaning of “grin and bear it,” and that to soldier on may be worth it in the end. Of course, this story revolves around Pink Floyd, and the decision Roger Waters made in late 1983 to stay in Pink Floyd instead of becoming a solo artist.

After the sub par commercial success of The Final Cut, the band didn’t know where to go next. Actually, it was more like Roger Waters didn’t know where to go next. Waters knew one thing, and that was to leave the band and strike it out on his own. He figured that the story was out there about him being the driving force of the band, responsible for the bulk of The Wall and even Animals before that. The Final Cut was a solo record in all but the name. 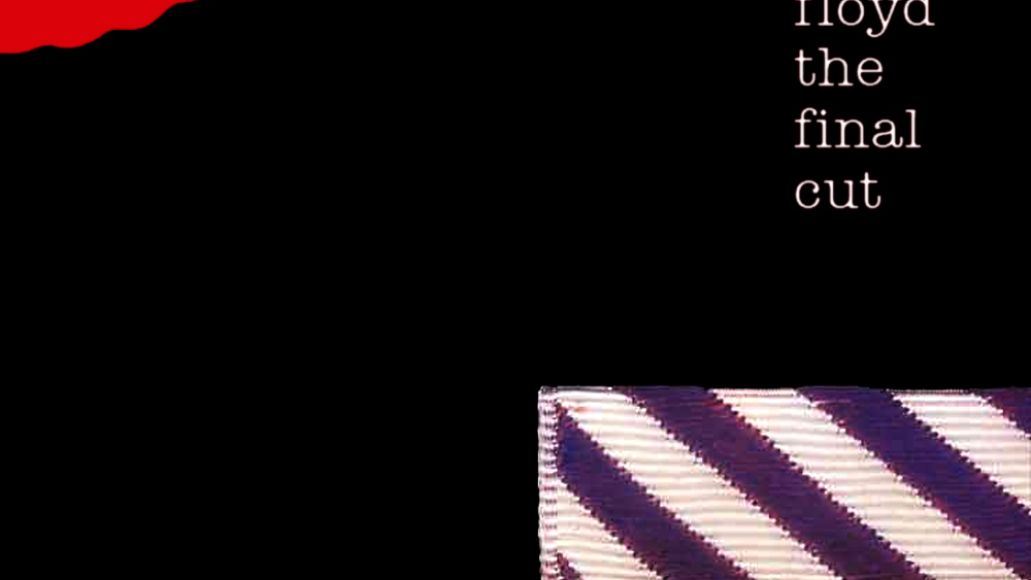 The album that nearly ended it all…

The band decided not to tour behind The Final Cut, despite having pre-planned some stage productions. Gilmour was ready to go back on the road, while drummer Nick Mason had been all but removed from the group. “I hadn’t been given my walking papers, per se,” says Mason, “but I remember being hurt when Roger replaced me on the final song (Andy Newmark plays drums on “Two Suns in the Sunset”). It was definitely a sense of limbo.”

“Roger was a bit of a megalomaniac,” Pink Floyd guitarist/vocalist David Gilmour recalls from his houseboat in Venice. He converted the houseboat into a recording studio in the mid-eighties, and the band has made every record on it since then. He credits the boat for soothing the often seething tensions between Waters and the rest of the group. “The tide seemed to be turning, which Rog eventually incorporated on one of our later records.”

In 1984, Waters began working on The Pros and Cons of Hitchhiking, something he presented to the band in demo form before The Wall sessions years earlier. It was actually between Pros and Cons and The Wall before the band decided on the latter. “It was the right choice to make at the time,” Waters says. “I felt I had fleshed out The Wall much more than Pros, and we were obviously able to work on that later on.” Waters is in his sixties now, but hasn’t lost the drive or brutal veracity that spurred on those classic Floyd albums in the seventies, and the band’s incredible revival in the 1990s. He even pokes fun at my jeans for being too tight, reminding him of an old classmate from art school. He laughs afterwards, but not in a mean-spirited way. He probably would have spit on me 20 years ago.

During further exploration into Pros and Cons, Waters became stuck. He knew he needed an ax-man, whether it was Gilmour or someone else, to fully flesh out the material. “I spoke with Paul (McCartney) and told him what the band was going through. He reminded me of their recording of The White Album, when Eric (Clapton) was brought in to record “While My Guitar Gently Weeps”. I kept thinking about that for a while after, and right into my next conversation with Dave.” 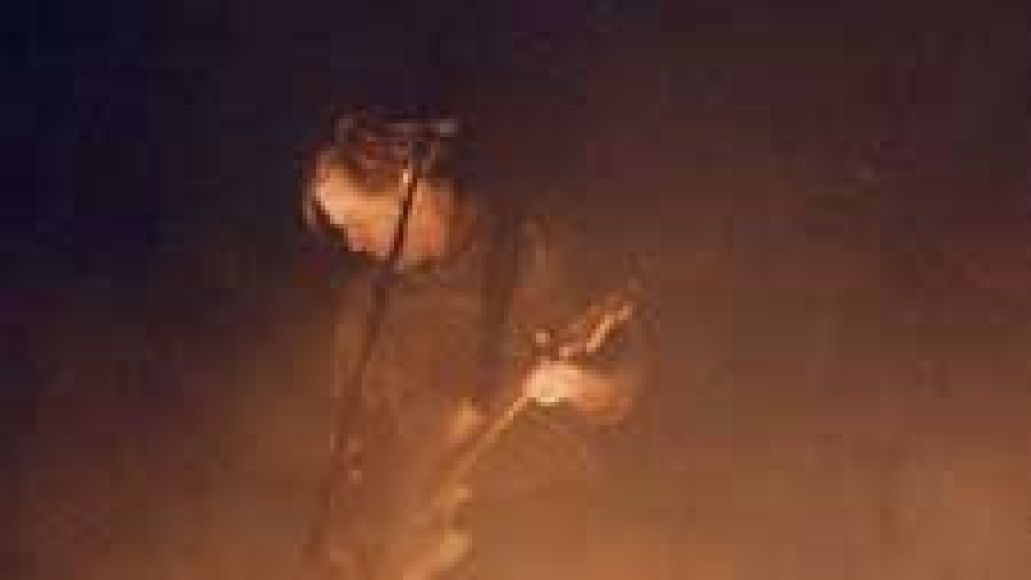 Gilmour during Pros and Cons tour

Waters considered informing Gilmour that he was leaving the band, but stopped short. He says he was but “a sentence away” before bringing up what Gilmour now calls the “Clapton Save”. “He really saved the day. I joked that he only needed to appear on one song to save The Beatles, but he needed to appear on the whole bloody album to save our band!” So it was agreed that Gilmour and Waters would continue to work together, and convinced Clapton to play the role of second lead guitarist for The Pros and Cons of Hitchhiking. With Mason back to full-time duties (“and a decent pay upgrade”), the band continued on as a trio officially, with keyboardist Richard Wright still in exile from Pink Floyd.

Hitchhiking proved to be a success. Though not in style with the “classic” Floyd sound, Waters storytelling complimented the outstanding guitar duels between Gilmour and Clapton from song-to-song. “It was intimidating to a point,” Gilmour recalls. “I had known Eric for years, but to be in a room with him while he was coming up with ideas for chords here and there was inspiring. I credit those sessions with the guitarist I am today.” The tour that followed was in a much smaller scale than The Wall, with a more comfortable Waters performing without the need of a wall.

“Dave is, obviously, a much better singer than I am, so of course he took lead on most of the songs,” Waters says. “It was different from The Wall. I wasn’t looking to take control as much as I felt I needed to for so long previously. I suppose I didn’t want to embarrass myself in front of Eric, but it worked!” He credits the inclusion of Gilmour’s penned songs “Murder” and the instrumental “Let’s Get Metaphysical” as essential to the story’s narrative. “To think I almost walked away from this group shortly before Pros still gives me the shakes.”

After parting ways with Clapton, the band recorded their next album on Gilmour’s houseboat. A Momentary Lapse of K.A.O.S. found the band back to its usual internal struggles. “Someone said recently that ‘every circle needs a center,’ which is ridiculous when you are talking about a band,” Gilmour says. “This was Roger’s philosophy for many years, and while he relented on Pros and Cons, he was back to it on K.A.O.S.” The record was a success for the band, though, despite the in-fighting. “By that time, we were all just to it, I suppose,” Mason recalls. “We knew we could go home at the end of the day to our families or girlfriends. We didn’t need to sleep in the same room or bus like it was 1967 again. We could get on with it.” 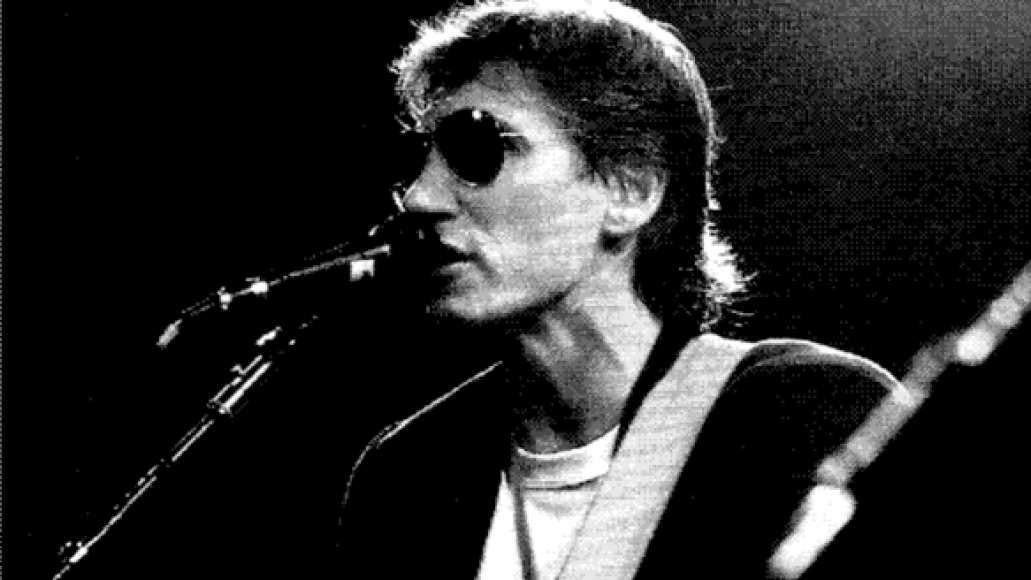 Waters during Lapse of K.A.O.S. tour

Floyd mounted a massive world tour before taking an extended hiatus. Waters mounted the spectacle in Berlin featuring a performance of The Wall with a cavalcade of celebrities, but not with Gilmour or Mason. “I was asked, but declined,” Gilmour says. “A break was a break, as far as I was concerned.” Mason claims he wasn’t asked to begin with. “I probably would have performed, yeah. But I was probably racing cars in South America at the time. Such is life.”

After a six-year period where no members recorded new music, David Gilmour had a chance encounter with Richard Wright at a charity event. “I remember him looking good, as though he had gotten his life together. And he did.” Wright kept in contact with Gilmour, who later reconnected him with Waters. “We hadn’t spoken in over a decade,” Wright recalled in a January 2007 interview. “It was severely awkward and unpleasant, but time had changed him. Dave mentioned something about a boat.”

As a foursome for the first time since 1981, Pink Floyd recorded their final record, Amused by Bells, in 1994. It was the first time since Wish You Were Here the band reclaimed the sound that had made them famous. This was due in large part to Wright’s keyboards and piano, creating that long-lost soundscape. The album was the band’s first critical success in years, and even led to a Grammy nomination for “Best Album.” After a farewell tour, the band disbanded in December of 1995.

Waters and Gilmour did two projects together under the Waters/Gilmour name, including an MTV Unplugged performance in 2001. Gilmour recorded a solo album with Richard Wright on piano and background vocals (On an Island), and Mason went back to his incredible car collection, perfectly content. Then there was that final performance by the classic line-up: Live 8. After Paul McCartney performed a short set, the band rightfully closed the show. After a ripping version of “Comfortably Numb”, the four bowed to the millions watching across the globe. 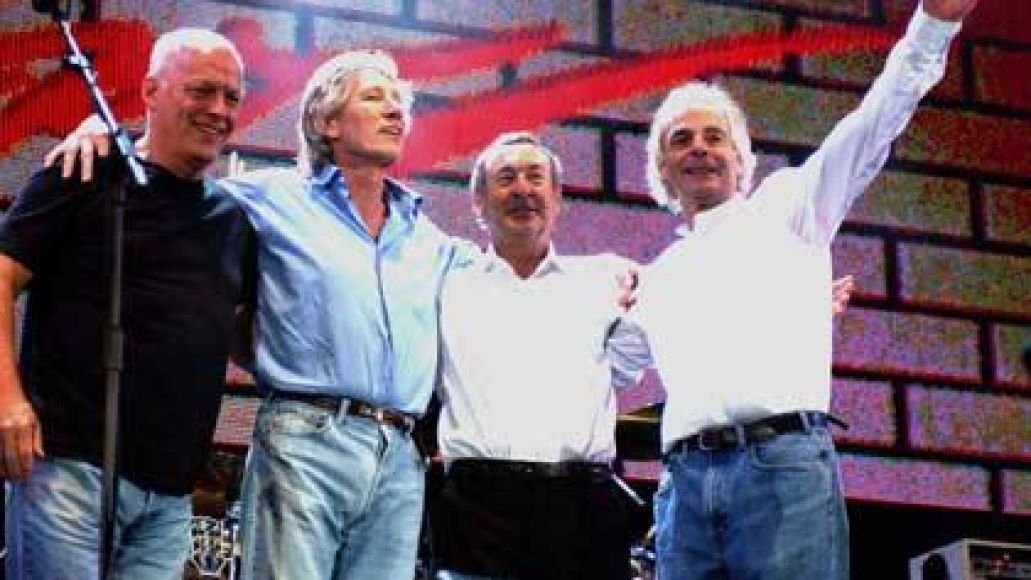 When Wright passed away in late 2008, the trio played an acoustic version of “Wish You Were Here” at the funeral, while Gilmour performed “Remember a Day” on acoustic guitar. The three men buried their friend, and all were thankful at having made amends those many years ago. “Pink Floyd is done as a recording entity,” Waters says, “but it could have been over 26 years ago.”

I tell Waters that Gilmour claims the band would have continued on without him had he left in the early eighties. George Roger Waters leans back in his chair, smiles, and says, “He’d have never fucking done it.”