Soundtracks can really make or break a movie. And if what you’re really trying to make is your directorial career, then the soundtrack is even more important. How to make your slick gangster movie scream young, cool, and hip? Guy Ritchie knows it’s by making the soundtrack just as sweet as the film. Ritchie became a household name directing Snatch in 2000, and the movie has since achieved cult classic status. Just as much of a classic is the soundtrack to that film. Reminding us of the movie and yet amazing in its own right, if any aspiring filmmakers need an ideal example of how movie music should be, they’d do well to pick up the soundtrack to Snatch.

The album and the film both start with “Diamond”, and you’d be hard-pressed to think of a song that more greatly evokes a scene from a movie. The slick, grooving instrumental is indelibly linked to the equally slick opening credits of Snatch, which would themselves become a major style trope in movie-making, not to mention Richie’s trademark. Fast-paced, cool, and energetic, the song makes me want to simultaneously dance and put in the DVD. That’s the greatest quality of this soundtrack: It’s super-cool on its own, and it makes you want to watch the film again and again.

Another example of this is “Golden Brown”, performed by The Stranglers. It brings you right back to the film, in this case the end of Gorgeous George’s boxing match with Mickey. The quirky, movement-oriented track circles perfectly above the heads of the quarreling crowd in that shot, and the very sound of the music evokes that moment even when heard out of context. This is particularly apparent when the song pops up other places, such as in a french fry commercial in the early 2000’s (and if there are things on TV more disturbing than flashing back to a gangster fight during a french fry commercial, I’d like to hear about them). 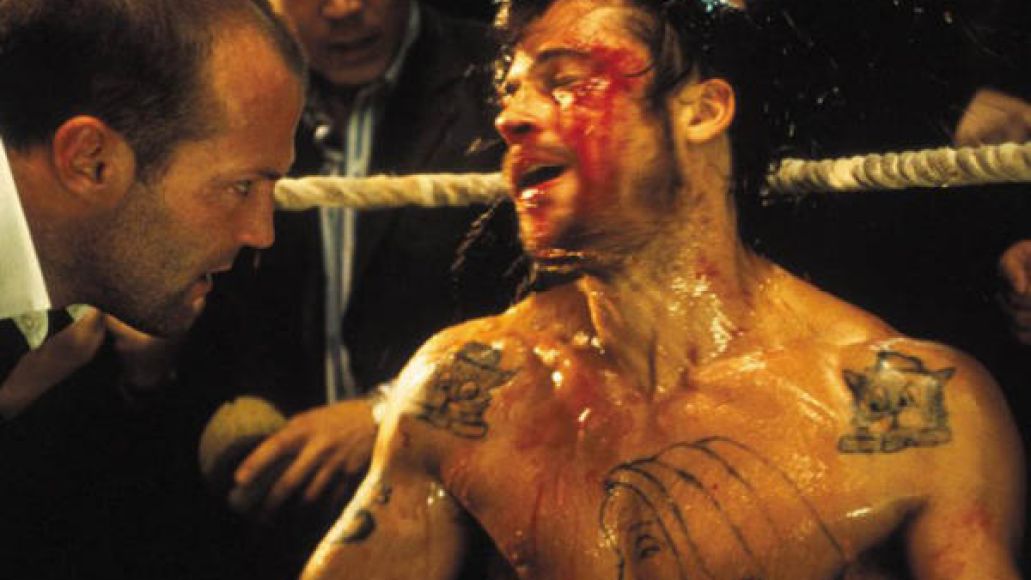 Slightly less clearly related, but nonetheless badass, is “Supermoves”, characterized by the grunts of men laid over a tough-kid techno beat. Campy and cool, “Hernando’s Hideaway” comes next, complete with romantic backing and a full chorus of castanets. “Dreadlock Holiday” is another one of the few tracks that doesn’t immediately remind the listener of the related scene, but it’s still wicked cool. “Sensual Woman”, primarily a spoken word track, is also momentarily confusing (not to mention risqué), until you catch a solid hint of the breathy background track, which fits the movie more clearly. Massive Attack’s dark, sensual “Angel” evokes the disturbing scene in which Mickey is held back from trying to save his mother from the flames engulfing her trailer home. This song is so perfectly selected that specific movements of rhythm bring to mind specific physical actions of the characters. Now that’s good sound-tracking, folks.

“Cross the Tracks (We Better Go Back)”, performed by Maceo and the Macks, is the song, the only one, to have played over your entrance if you’re trying to come off like a badass. As such, it’s the perfect song for  backing amateur baddies Vinny and Sol in the film’s tangled plot line. A few moments of song tell us in music what we need to know about these two: They’re trying desperately to look cool, and the over-the-top trumpet and high-pitched effects play that off to perfection. The full song is much cooler, thankfully, than Vinny and Sol themselves, with a suave female vocal laid over the horn parts: “I never cross the track, baby, and I know what it’s like!” the tough-sounding gal spits cleanly over a couple of guys singing back-up.

And what, you may be asking yourself, is the perfect track to play over a symbolic chase scene? In case you were wondering, it’s “Disco Science” by Mirwais, and its quick techno beat plays to lovely effect over a paired shot of dual storylines, with get-away driver Tyrone unsuccessfully running from hitmen in one scene, while in the other, a rabbit outruns a couple of dogs on the betting field, leaving Turkish and Tommy “proper fucked”. The speed and implicit emotion of the track nicely convey the drama of the moment it covers in the film.

“Hot Pants (I’m Coming, Coming, I’m Coming)”, performed by Bobby Byrd, will be instantly recognizable to film fans as the song playing in the background while Bullet Tooth Tony slams a hapless victim’s head in his car door, moments before answering his ringing car phone with a pleasant “Bon jour!” Similarly, Madonna’s “Lucky Star” will forever be associated with screaming topless dancers, as Tony’s nickname is explained via flashback in a strip club. I doubt I am the only person who can’t listen to this song without narrating in my head: “You go down, Tony! I shoot you!” (And for Madonna-haters: Yeah, it could have been any song. Yeah, Ritchie was married to Madonna. The song still fits the scene and its purpose, so who cares?)

Oasis’s contribution, “Fucking in the Bushes”, is another song that is perfectly paced to accompany the scene it overlays in the movie. The hectic pre-match scene at a boxing arena is conjured by the quick rhythm-falls of guitar repeating again and again the background on this track, which is the part featured in the film. On its own, the song is energetic and entertaining: an effective mood-lifter placed late in the setlist.

The Specials’ “Ghost Town” is one of those tracks whereupon hearing it, your friends will always ask, “Isn’t this from Snatch?” The pumping bass layered behind an eerie chorus of women and melodramatic organ effects is also overcut with warm, brassy horns. This gives it the dual effect of being both effortlessly, spookily cool, while also fitting into the soundtrack’s overall mood. 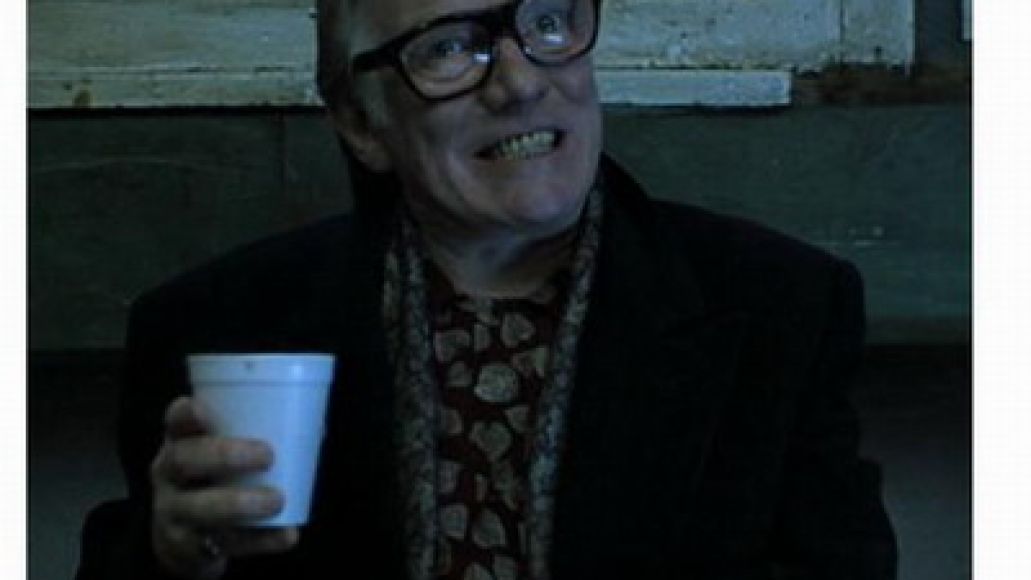 The music is interspersed with a few cuts of dialogue from the film (including Bricktop’s infamous speech beginning, “Do you know what ‘nemesis’ means?”), but they’re thankfully few and far between. The effect is then one of finding a hidden Easter egg, rather than long moments of film interrupting the music. A last musical treat is found in the album’s final track, the addictive “Don’t You Just Know It”, performed by Huey “Piano” Smith and The Clowns. In the film, the song plays over the end credits, with a charming incongruity that elevates the darkly humorous mood the movie ends on. It has the additional benefit of inspiring Pulp Fiction-style dancing, not to mention sticking around in your head for the rest of your natural life.

In terms of slick, screamingly funny, modern gangster movies, Ritchie set the mark with Snatch, and whether it was his original intention or not, he also set a mark with the Snatch soundtrack. Evoking mood, scenes, and killer-cool dialogue, the music on this soundtrack stands out of its own accord, while also truly embodying the spirit of the film itself, which is, after all, a soundtrack’s highest calling. Check this one out, and you’ll soon find yourself exclaiming, a la Tony, “I love this track!”