Today, it’s difficult enough for an alternative rock band to push through the popular rock world of brainless radio mush, which is what makes the story of Chicago, Illinois band Janus impressive.

Signed to a label before releasing so much as one record, one would think Janus has it easy. However, it didn’t happen over night. After going through the process of creating demo’s to shop around to labels, and coming away unhappy, the band took a DIY approach. Janus spent nearly a year in the studio, emerging with a piece of material that the band produced, engineered, and promoted themselves. 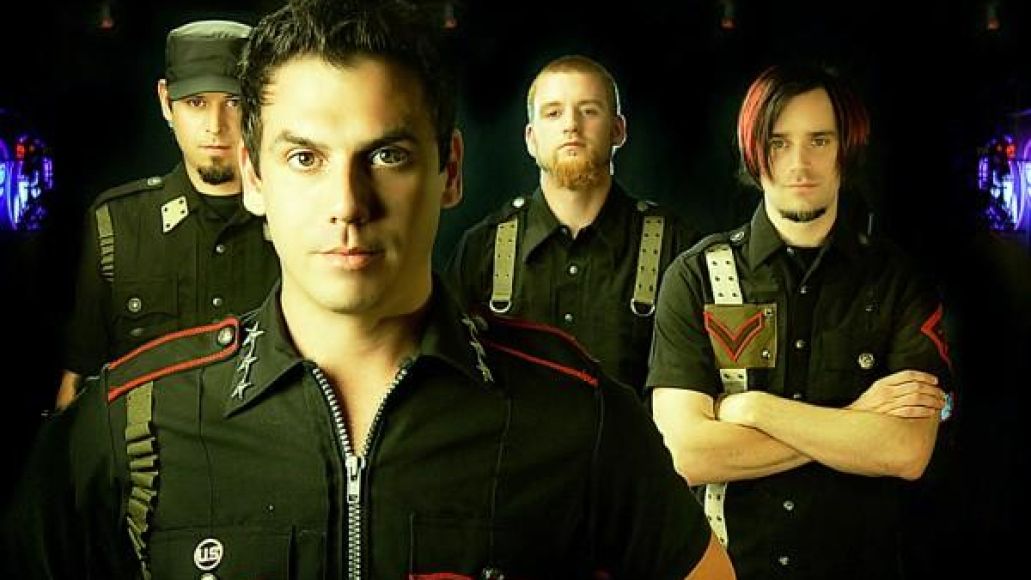 The band would soon be picked up by REALID Records, an independent branch of Warner Bros., and would take off on a schedule of constant touring with some of radio rock’s most consistent bands, including Sick Puppies, Sevendust, and Breaking Benjamin. Behind the success of current single “Eyesore”, Janus has been picked up by radio stations nation wide.

I first heard the quartet in Sauget, Illinois bar Pop’s. Sub-headlining underneath fellow up-and-comers Cage the Elephant, many in the crowd had not been introduced to the band’s evolving brand of alternative rock. Lead singer David Scotney screams like Killswitch Engage lead singer Howard Jones, while the rest of the band constantly experiments with anything that could add to the music, including the ever-popular glockenspiel.

The band’s Myspace claims that the choices they make on their music, as well as their sound, symbolize, “the process of getting back to basics and not focusing on trends or anything in the industry, but on the music itself.” In a world led by money and greed, this seems to be a good creed for rising bands to live by. Regardless, Janus plans to continue making the music they love, though they will not compromise the freedom to create something moving.

While Janus showed promise on its debut, Red Right Return, the band still has far to go in terms of breaking through the radio-rock mold of Five Finger Death Punch, Atreyu, and Creed. In today’s world, even a glockenspiel won’t save you from becoming boring.